Top 5 Areas to Rent in Tokyo for Anime Fans

Wouldn’t it be nice to wake up, pull on a coat, and stroll over to the Gundam Cafe for a morning latte?

Wouldn’t it be nice to wake up, pull on a coat, and stroll over to the Gundam Cafe for a morning latte? After, you could take a stroll around your neighbourhood, while exploring your local Animate, playing crane games and perusing manga. That would certainly be my dream life! And living in Tokyo, it’s entirely possible. So here are the best five places to make that dream a reality.

Of course, this mecca of anime is first on the list. If you’re an anime fan, you probably already know how amazing Akihabara is. However, as much fun as Akihabara is to visit as a tourist, it isn’t exactly a liveable area. Akiba is a colourful explosion of maid cafes, cosplay shops and anime goods stores, but there are far fewer basic necessities like grocery stores. I recommend living a train stop or two, (or three) outside central Akihabara, in areas like Kuramae and Nezu.

Check out our properties near Akihabara

Ikebukuro is more oriented towards female otaku, with it’s infamous Otome road and Cafe Swallowtail, a butler cafe. It also has several Animates, some cosplay shops, an official Ghibli store, and a Pokémon cafe. Although the average rent is still quite high, Ikebukuro is actually one of the more affordable stations on the JR Yamanote line.

It costs a lot to be in central Tokyo, within the “Yamanote Circle” as it’s called. It’s worth it for the convenience though, a shorter commute gives you more time at the Animate after work! Like Akihabara, leaving the central station area decreases the rent significantly. Why not have a look at areas a station over, like Higashi-Ikebukuro?

Check out our properties near Ikebukuro 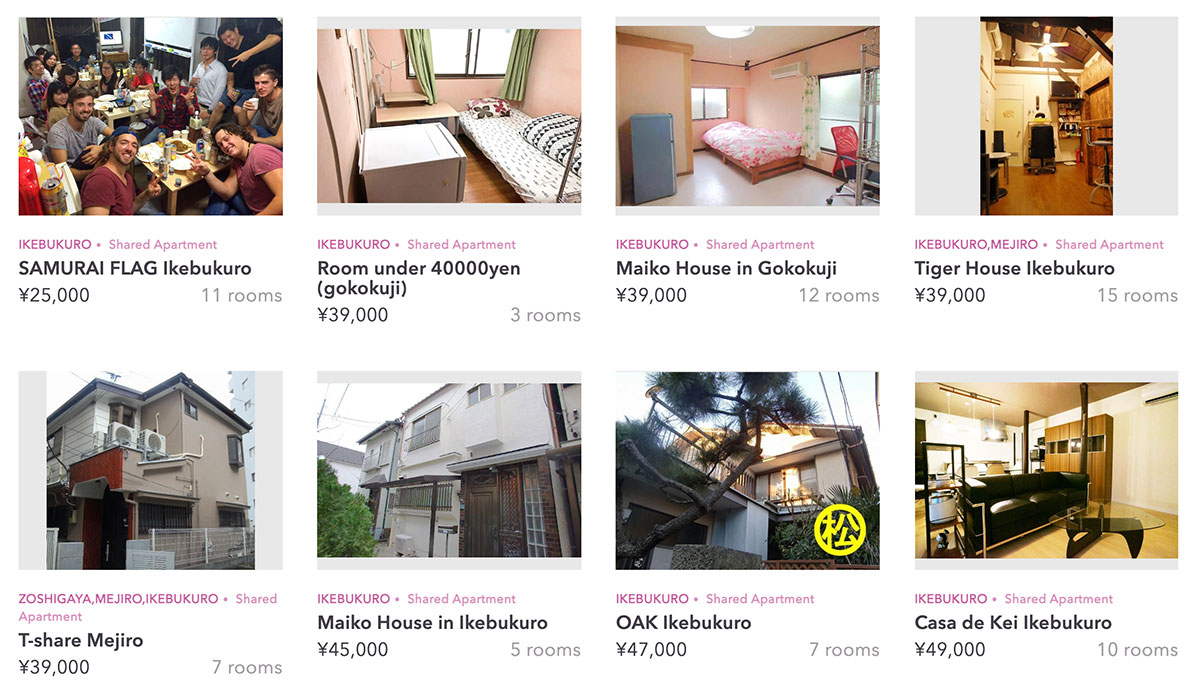 Nakano is famous for the Nakano Broadway, a shopping street lined with anime and idol good stores, all culminating in a Mandarake, a haven for manga lovers. The area of Nakano is well known for being less expensive, since it is just outside central Tokyo, while still being an easy commute. Beyond the Broadway area, Nakano is also far less touristy. Furthermore, because of the cheaper rent, Nakano is home to some more creative cafes and restaurants. For example, the Chamber of Raven, a cafe with a fantasy world interior that will make you feel like the protagonist in an isekai anime!

Check out our properties near Nakano Broadway

Why live in a place that only sells anime goods, when you could be living in a place where new anime are currently being produced? A few stops away from Nakano on the Chuo line brings you to Ogikubo station, in Suginami ward. Suginami is famous for being the home of anime production, with 138 anime studios, as well as the anime museum. Also, Inazuma cafe, a cafe whose walls are decorated with drawings by well-known animators and manga artists. And there is more than one famous animation museum in this area. A little further down the Chuo line, to Kichijoji, brings you to the Ghibli museum.

Check out our properties near Ogikubo 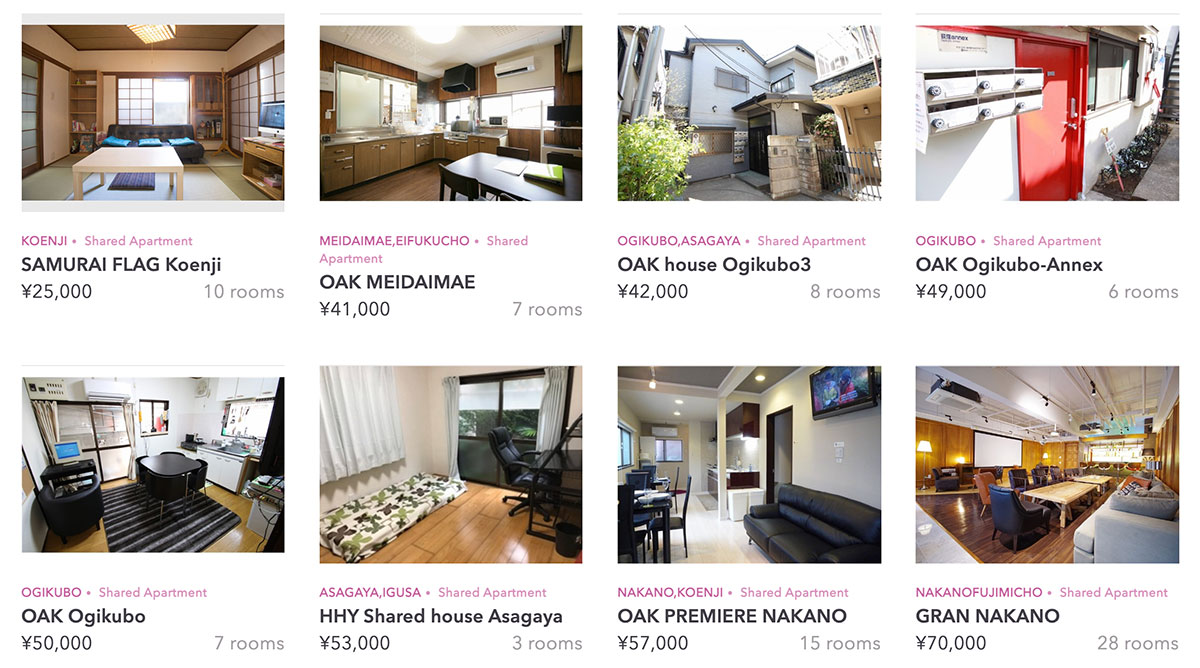 Since Ogikubo is a little ways out of central Tokyo, the area is far more livable, with much cheaper rent and large grocery stores like Ok Discount. Instead of the city’s tall apartment blocks, the area has large houses and plenty of green space. Suginami is a great place for anime fans on a budget. However, it only became a central location for anime studios thanks to another ward, the final, and cheapest, location on our list.

You’ve probably never heard of Nerima Ward, or Oizumi-Gakuen Station. But this area is where anime began. Studio Toei’s headquarters are in Nerima, and it is where they created “Astro Boy” in 1985, one of the animated series that helped create modern day anime. Today, there are still over 100 animation studios in Nerima ward. Suginami ward’s proximity to Nerima is why anime studios were later built there as well.

Check out our properties near Oizumi-Gakuen 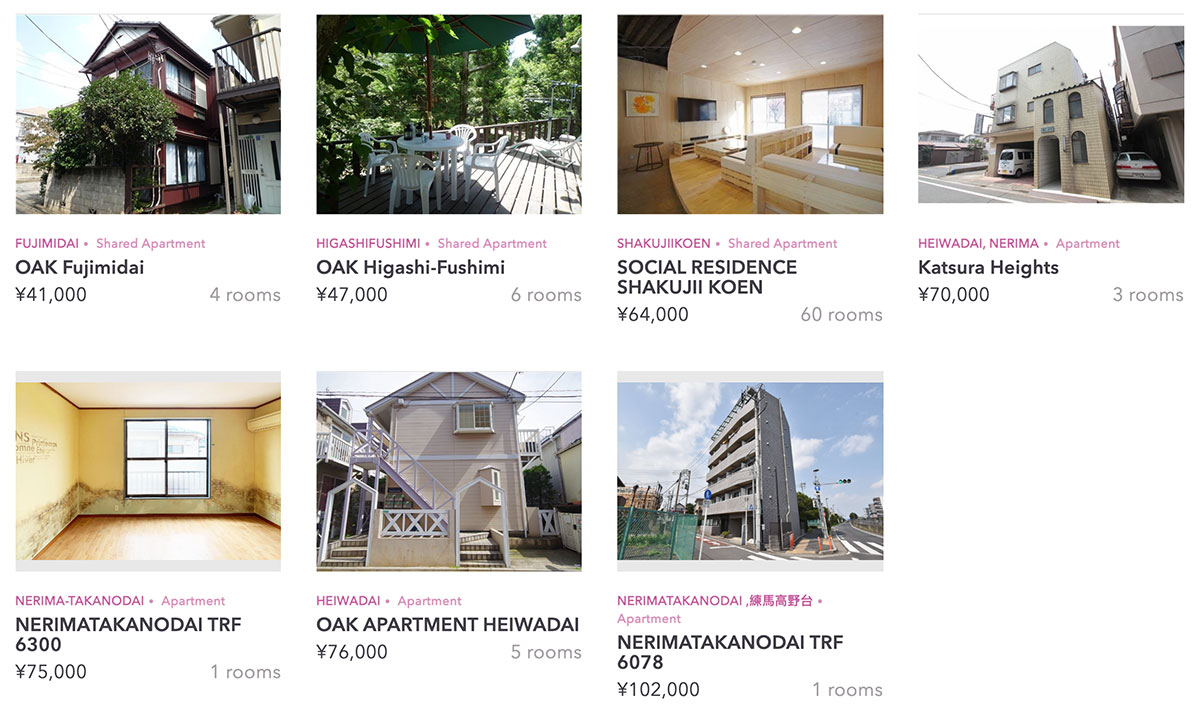 You can feel the area’s connection to anime as soon as you leave the station. The north exit leads you to the anime gate, a garden filled with bronze sculptures of characters from all the shows produced in the area. Oizumi-Gakuen is also the setting of multiple anime series, like Ranma 1/2, Urusei Yatsura and Noragami. Nerima is also the cheapest location on this list, being an out-of-the-way neighbourhood with a local feel. Even though Nerima feels like its own little city (it’s called “Nerima City” after all) the area still has good access to central Tokyo on the Ikebukuro line.