What’s up with Japan’s fascination with mascots

Foreigners coming to Japan are often taken aback at the country’s love for anything cute – from chibi versions of anime characters to kawaii cosplay. Then you have the Japanese emotional bond to non-human characters, bringing us to the topic of mascots.

For the Japanese, each mascot is a 2D or 3D character that comes to life. Gone are the days when Hello Kitty, one of the highest-grossing media franchises in history, and other Sanrio characters dominated the mascot industry. Now, you can enjoy fictional characters come to life in the form of an oversized and touchable mascot.

However, this love for the symbolic figure goes beyond the familiarity and emotional bond a person has with their favorite cartoon character. Let’s find out how.

Other uses of mascots

Mascots are also often used as a branding strategy. In Japan, mascots transcend sports and consumer brands or something that appeals to children. Enter the yuru-kyara (ゆるキャラ) or loose characters, which are cute, friendly-looking, sometimes eccentric mascots created by organizations, local government units, and individuals in Japan for public relations. And unlike other countries like America, where mascots are designed to stand out, the yuru-kyara in Japan are created to blend into everyday life but still generate billions of dollars through promotions.

The yuru-kyara craze began in 2009 when Japanese artist and pop culture critic Jun Miura coined the term after indicating three fundamental elements of the mascots:

1. It must convey a strong message of love for one’s hometown or local region

2. The character’s movements or behavior should be unique and unstable, or awkward

3. The character should be unsophisticated or laid-back (yurui) and lovable

Yuru-kyara mascots are all about being simplistic, seemingly poorly executed, and conceptualized by amateur artists (which they are). The mascot’s characters must also be carefree without inhibitions, making them even more lovable. All of these add to the character’s appeal, plus help them stand out from professional mascots used for sports teams and commercial purposes. 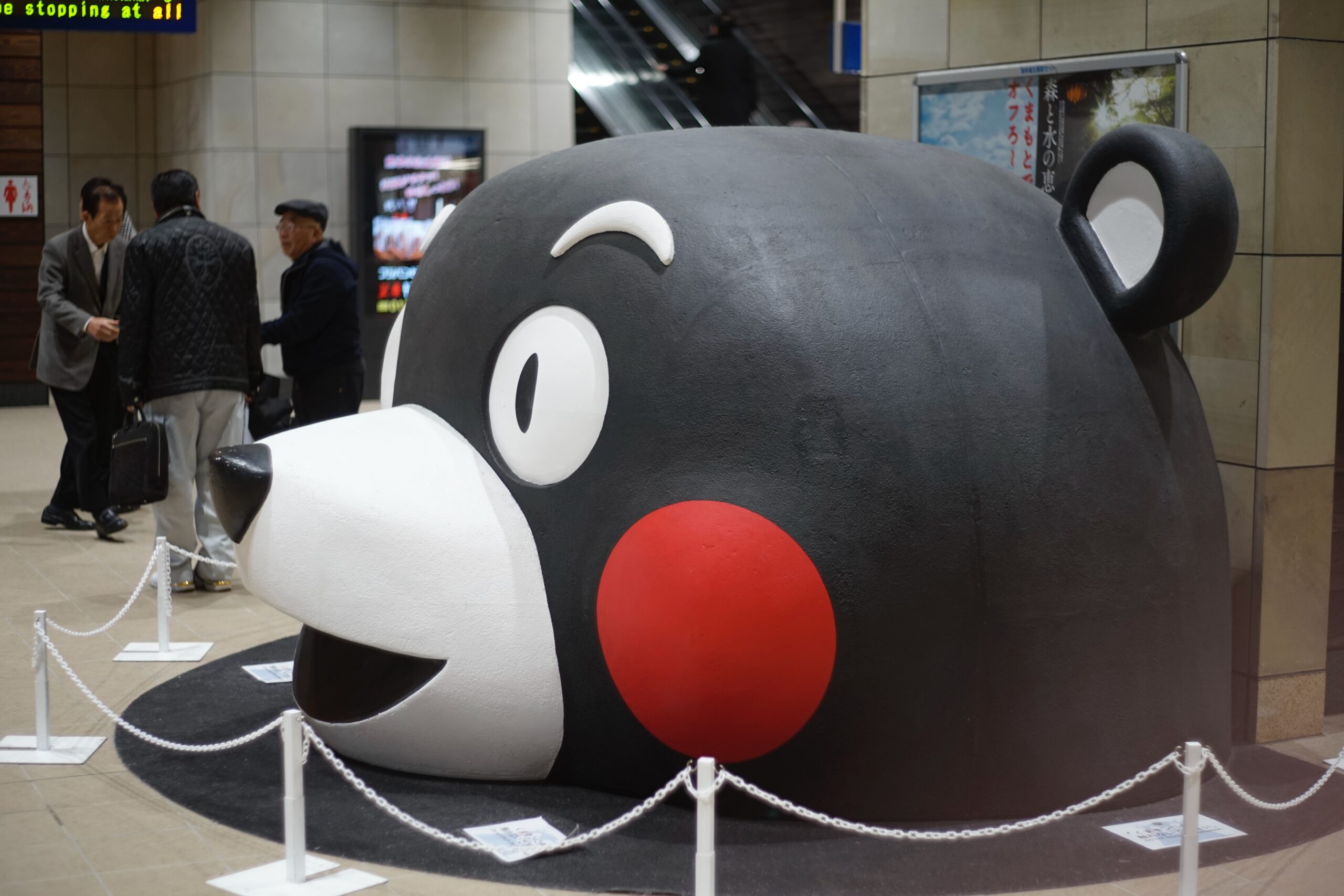 More than merchandise and money

Given the popularity of mascots in Japan, more and more local governments join in on the project. You can find yuru-kyara promoting tax reductions or a specific event like the recent Tokyo Olympics.

Japan even has an anti-coronavirus mascot known as Koronon, a pink cat that promotes mask-wearing. Koronon has a big red “X” marked across “Covid-19” on its belly and carries a purple heart-shaped shield. The pink cat has been spotted around Tokyo, giving face masks to the public. 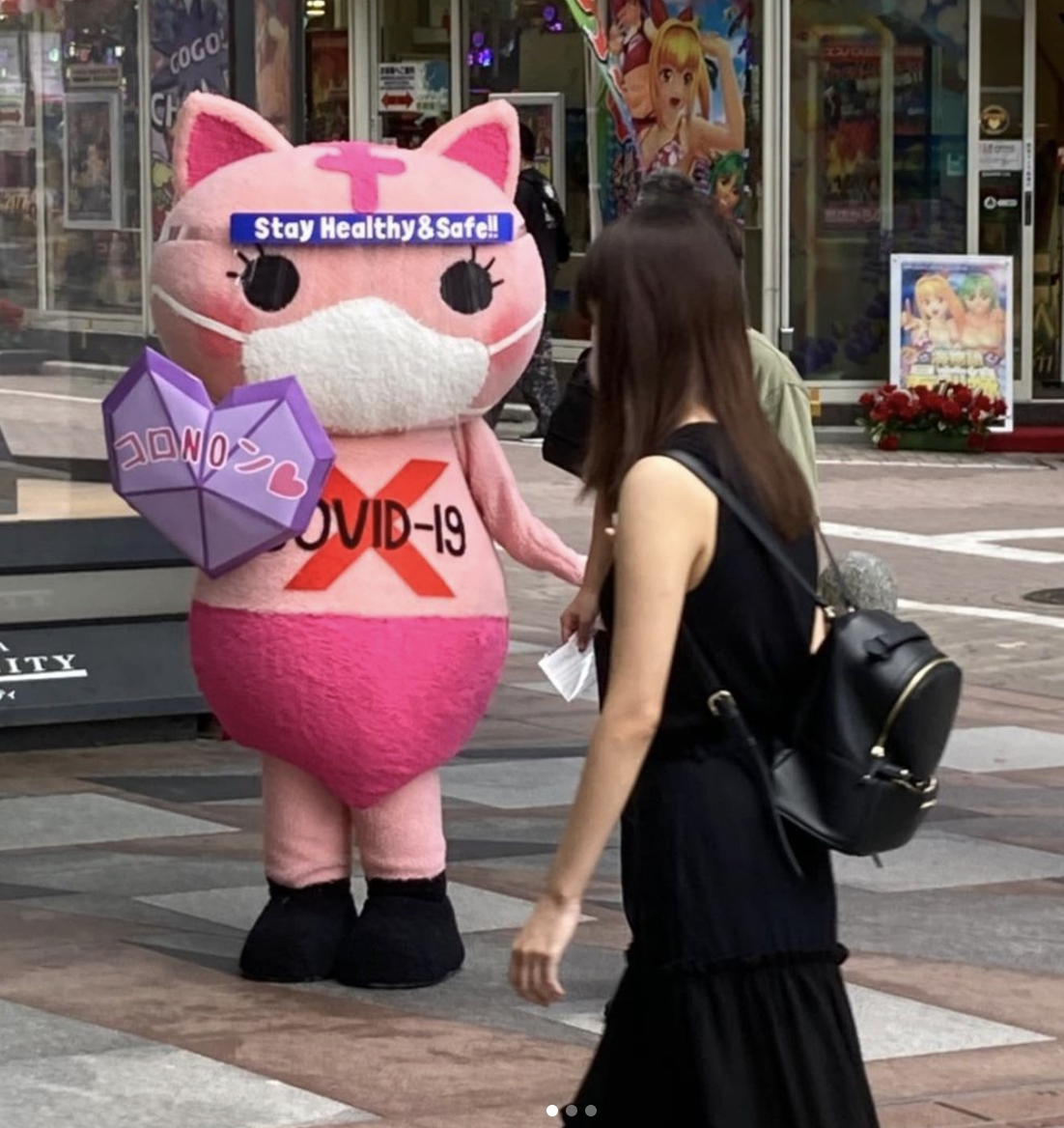 While mascots in Japan bring in millions in sales of merchandise and advertising, they uphold a more profound purpose of promoting their ward, city, or prefecture or a positive message.

Mascots in prefectures and special events

The yuru-kyara are divided per prefecture and city in Japan. For example, in Saitama, you have the two birds, Kobaton and Saitamacchi, appearing in most retail stores across the region. In 2018, these two even got 980 New Years’ cards or nengajo. Then you have the official symbol of each city, such as TokiMO for Kawagoe. TokiMO is a combination of Kawagoe’s specialty product, the sweet potato or “iMO” for “satsumaimo” and the famous Kawagoe Bell Tower on its head derived from “toki no kane.” You can expect most of the mascots in Japan to have this kind of background and symbolize the unique characteristics of each city.

In a way, mascots make it easy for residents to recognize something. For example, parents with children in elementary school are given a discount in most stores. Parents have the following card, which can be presented to enjoy the perks at a store. 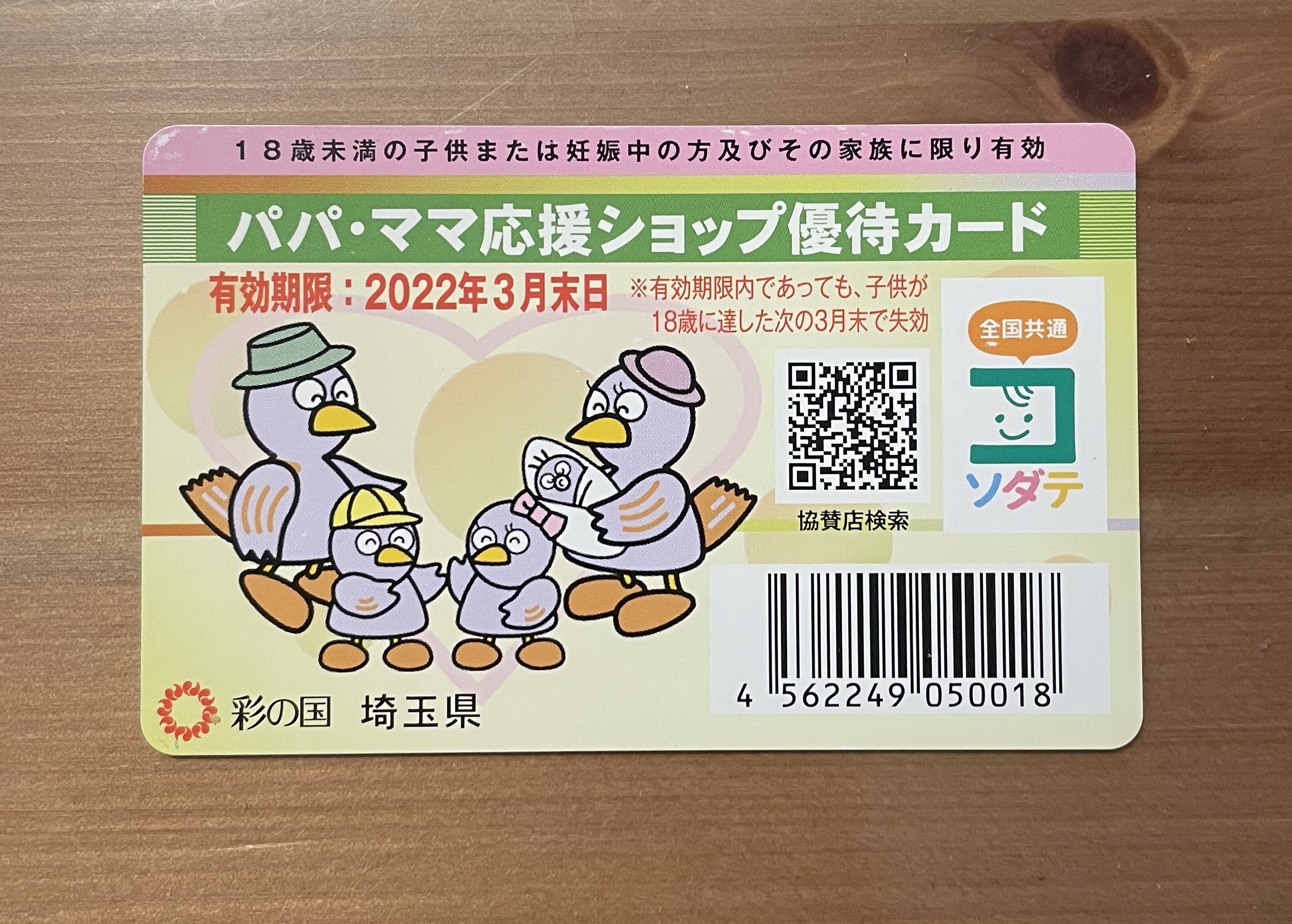 However, it can become a hassle to ask every time if a particular store accepts the card. So, residents just have to look at the cashier area for the mascot. It’s so much easier to spot and confirm if they are eligible for the benefits.

Mascots are so popular in Japan that there is an event called the Yuru-Kyara Grand Prix where the mascots go neck and neck to see who is the most popular based on public voting. The event, which started in 2010, is held annually, filled with characters working hard to promote Japan.

The Grand Prix allows the participation of mascots from local governments, tourism associations, private companies, etc. In 2015, there were over 1,720 entrants to the event, with Shusse Daimyo Ieyasu-Kun from Hamamatsu, Shizuoka, taking first place. Meanwhile, there were around 77,000 people who attended the awarding event.

Take a look at the celebrity mascots

You already have an idea by now of just how famous mascots are in Japan, with the characters gaining celebrity status. One of the most popular yuru-kyara in Japan and internationally is Kumamon from Kumamoto Prefecture. The wide-eyed, red-cheeked black bear is considered the gold standard of the yuru-kyaras.

Did you know that global brands like BMW’s Mini, German camera company Leica and French crystal producer Baccarat have partnered with Kumamon? Despite Kumamoto Prefecture having the chance to make a fortune if it asked for royalties from the estimated ¥1 trillion Kumamon made in sales over the last decade, the community kept to the spirit of the yuru-kyara and promoted the prefecture instead. 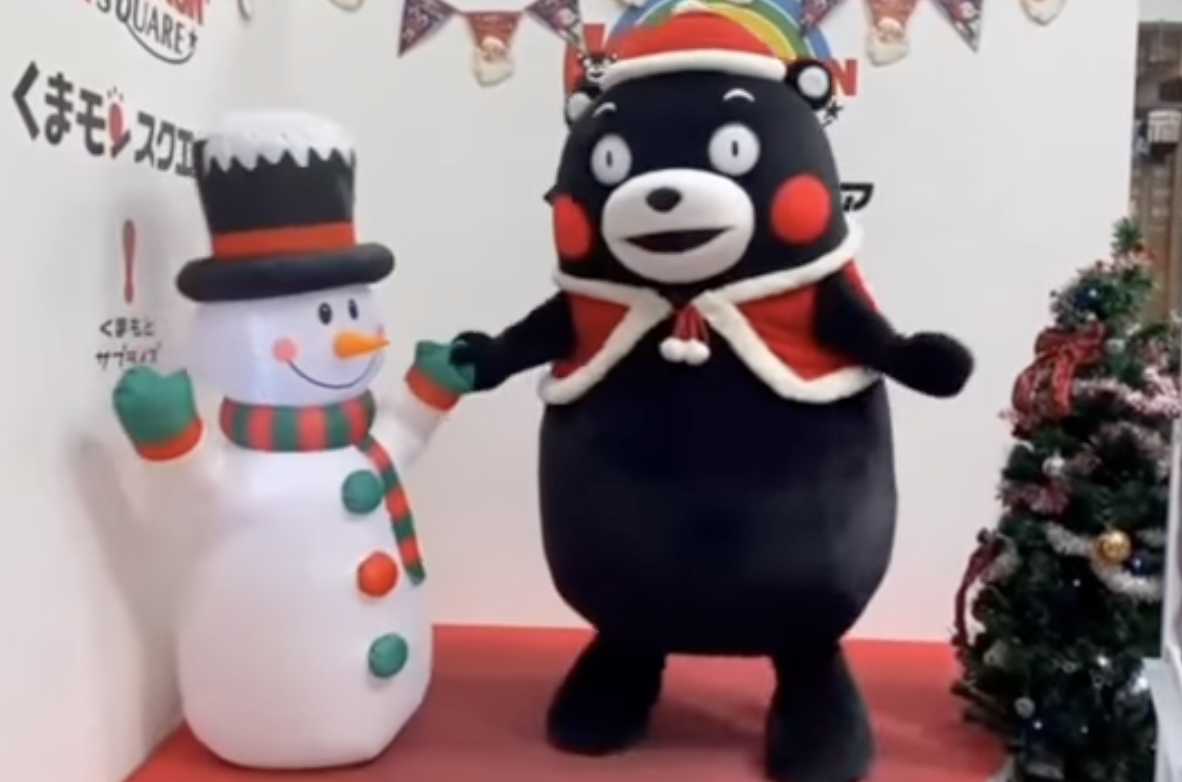 Other noteworthy mascots that have gained international recognition are Funassyi (pear fairy) and Chiitan (fairy baby otter) from Funabashi, Chiba, and Susaki, respectively. 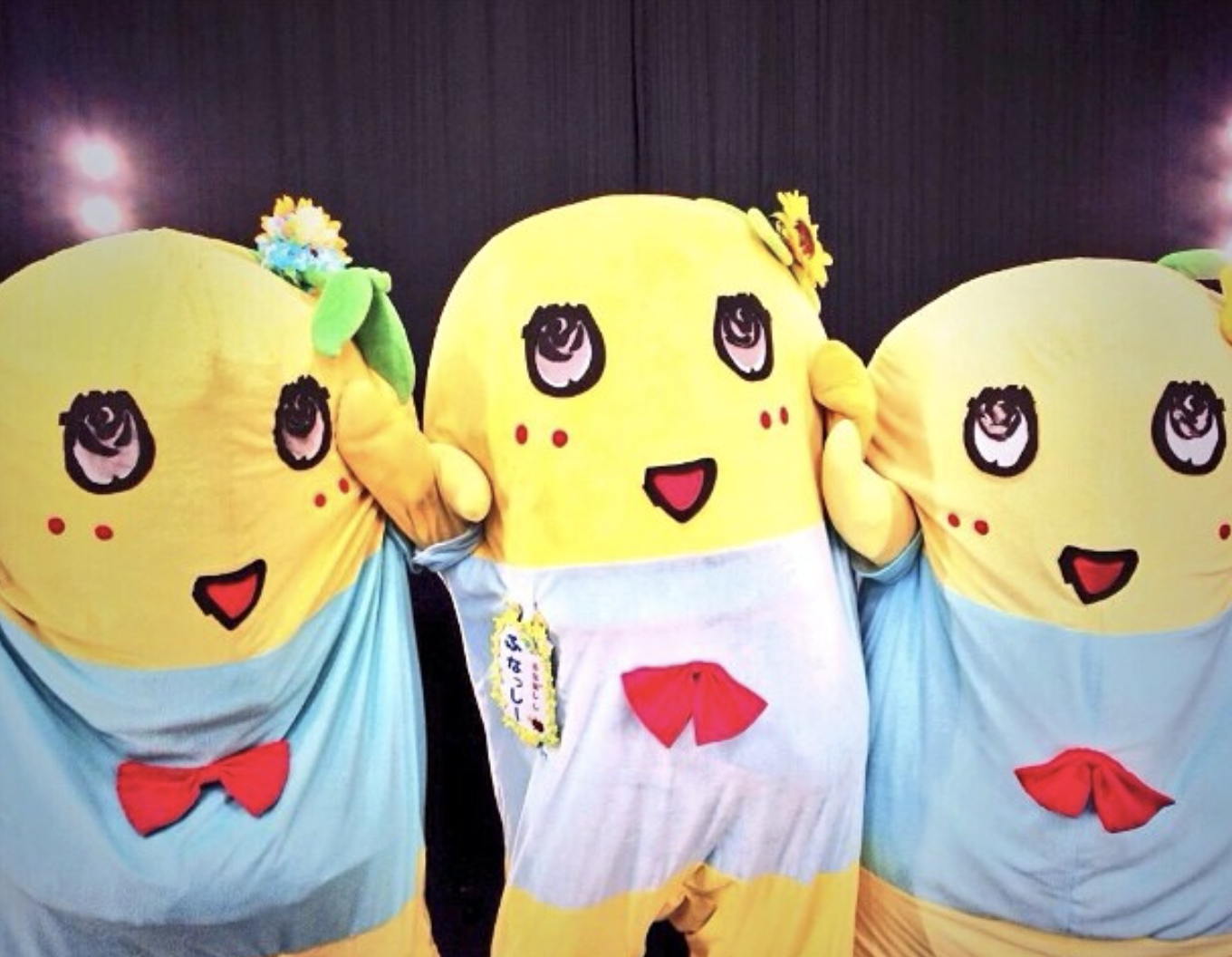 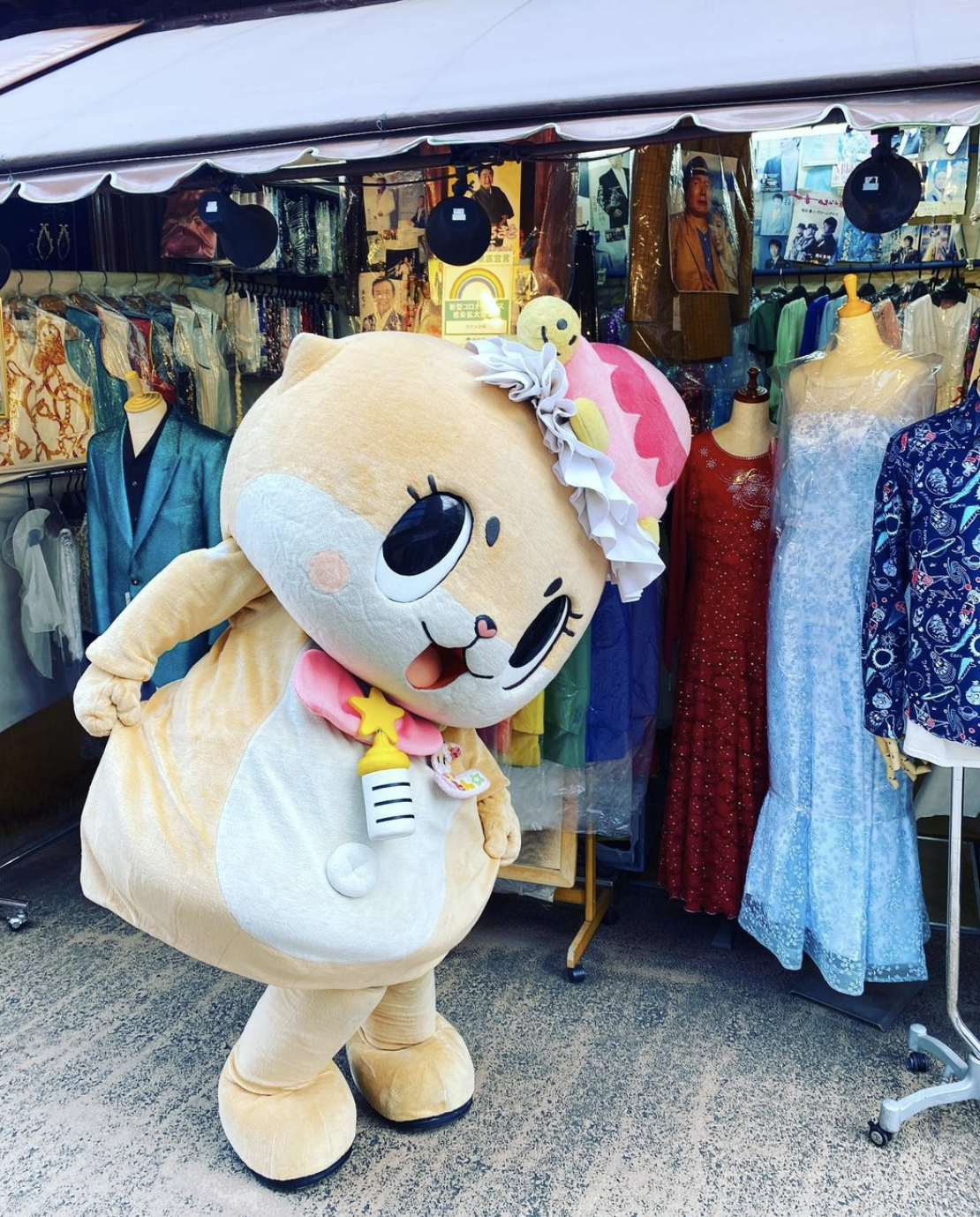 The yuru-kyara is definitely something that makes Japan unique, highlighting the country’s love for all things cute. If you’re ever in the country, be sure to watch out for the mascots, although it won’t take much effort before you spot one!