Top 7 Areas to Rent in Tokyo for Park-lovers

Tokyo is the most populated city in the world. If you’re not used to living around so many people, having a park nearby can help relieve the stress. Here are seven of Tokyo’s greenest neighbourhoods.

Moving from the suburbs, or rural areas, it can be hard to get used to the densely packed feel of the metropolis. Especially Tokyo, as it is the most populated city in the world, with 38,140,000 people living within the city limits. If you’re not used to living around so many people, having a park nearby can help relieve the stress. In particular during these times, a large expanse of nature, where you can socially distance as the weather warms, is key. Here are seven of Tokyo’s greenest neighbourhoods. 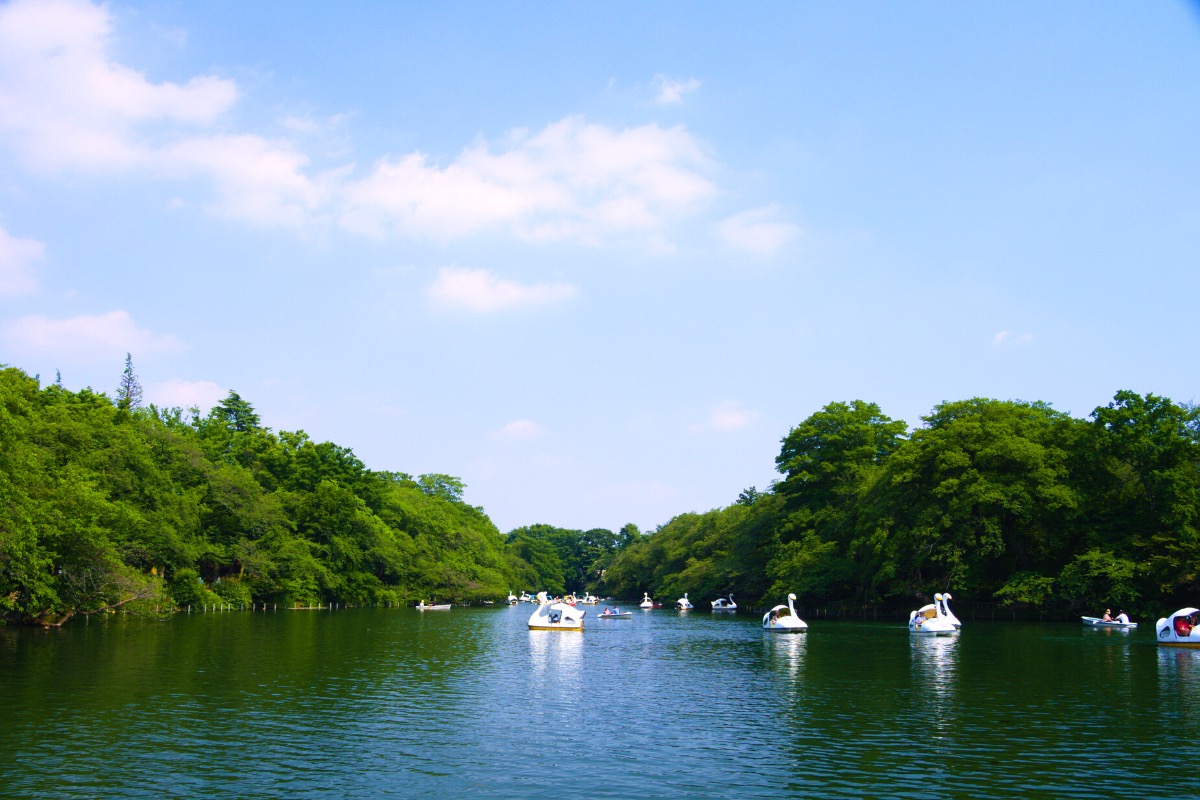 This area makes a lot of lists, and for good reason. The nearby Inokashira park, with its swan boats and proximity to the Ghibli museum, makes for a lovely stroll. The area has several other gardens as well, and overall has a less dense feel, with more houses and shorter apartment complexes—very different from the skyscrapers of central Tokyo. 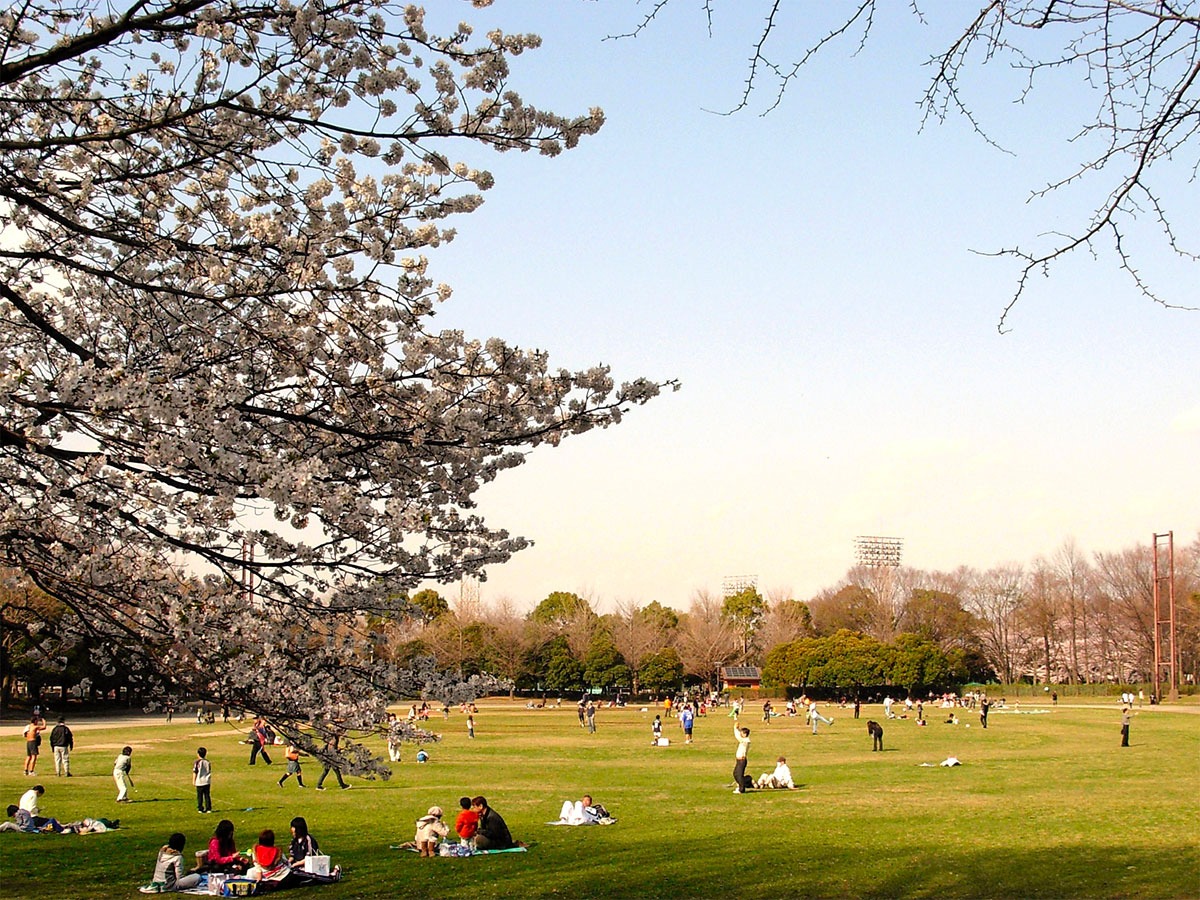 Itabashi has three rivers running through it: Sumida-gawa, Shakuji-gawa and Akabane-gawa. Their banks are all lined with greenery, and both the Shakuji and Sumida rivers are famous for cherry blossoms in the spring. But this area doesn’t just have rivers, it also has more than its fair share of parks including the Johoku Chuo Park, the Shingashi Sanchome Park, the Akabane Nature Observation Park and the Akatsuka Park. With so many parks and residential neighbourhoods, it is the perfect place to live lif you love long walks.

The Meguro area is one of the most upscale in Tokyo, but you can find less expensive options, especially if you’re willing to walk a bit farther to the station. (and if you like parks, chances are you enjoy walking). Meguro is near both the Naka-Meguro river, which continues in two directions: to Naka -meguro one way and to Gotanda the other. The river is lined with cherry trees, making it one of the most beautiful places in Tokyo to see the blossoms. 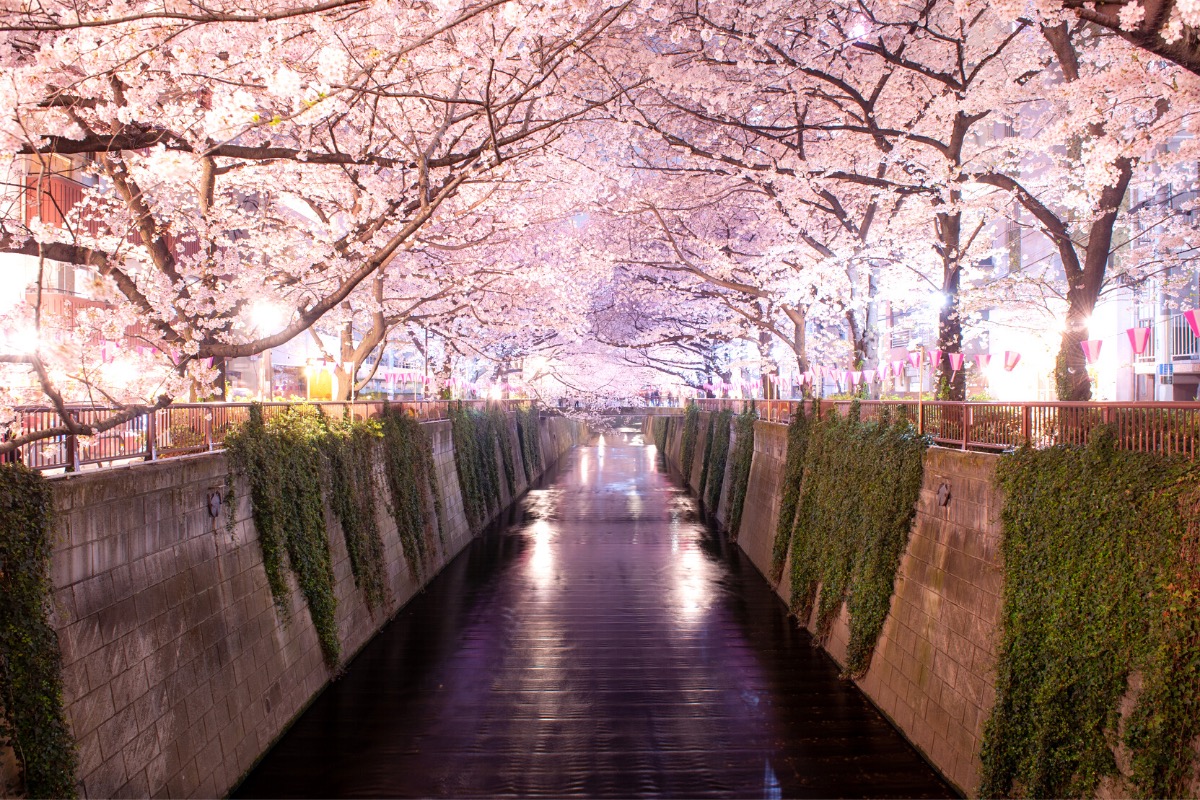 There are quite a few smaller parks and gardens in the area, including the beautifully landscaped garden around the Tokyo Metropolitan Teien Art Museum and a park on top of a building, the Meguro Sky Garden. However, the area’s crown garden jewel is the Institute for Nature Study. Unlike most parks, the Institute has the feel of an actual forest, with 1436 species of plants and 130 species of birds. In such a large expanse of natural landscape, it’s easy to forget you are in a city at all. 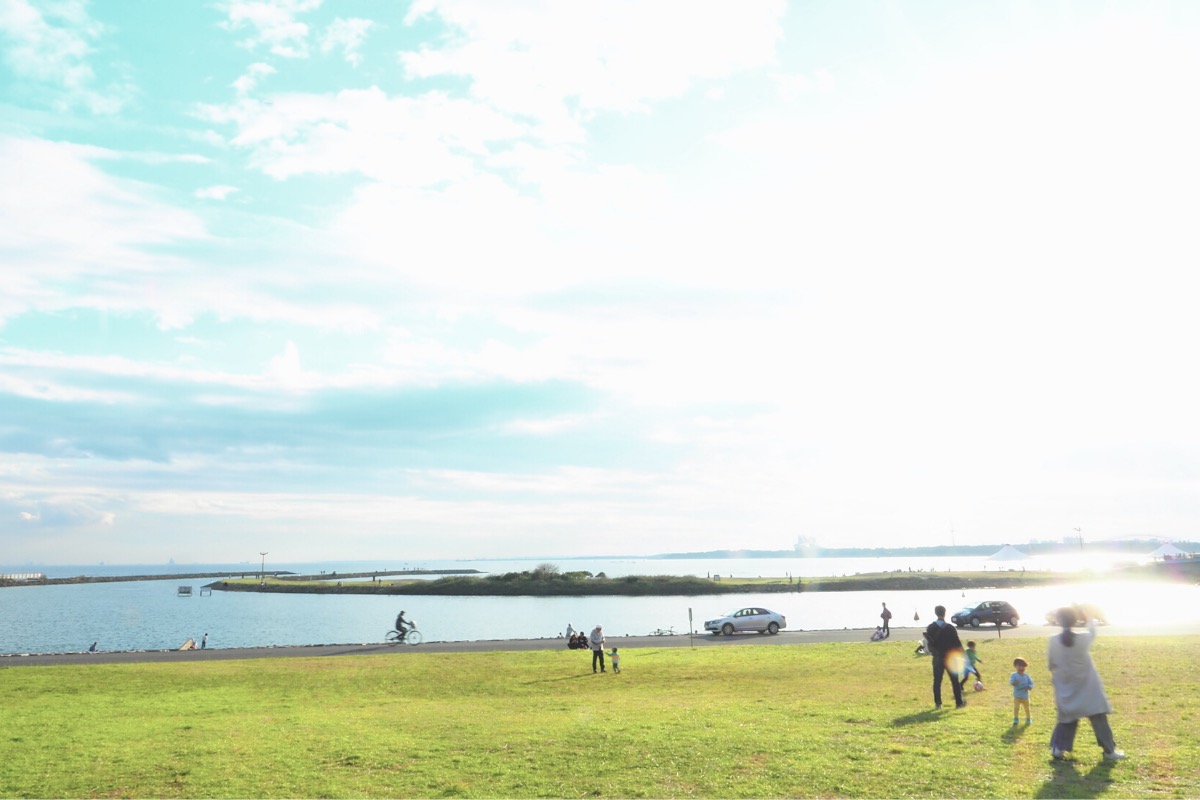 Edogawa City is home to the second largest park in all 23 wards of Tokyo. Kasai rinkai park is a seaside escape from the bustle of Tokyo, with a ferris wheel and a beach overlooking Tokyo Bay. It also has a bird sanctuary and the Tokyo Sea Life Park Aquarium. The park is a lovely place to spend a weekend afternoon, particularly with children. The sea breeze blows away some of the city’s smog, making you feel as though you have left, even though the area is just a 30 minute train ride from central Tokyo. Beyond Kasai Rinkai, Edogawa City has several other large parks including the Furukawa Water Park, the Ojima Komatsugawa Park and the Edogawa Natural Zoo. This area is perfect if you want to live somewhere family friendly, with a calm atmosphere and plenty of natural attractions. 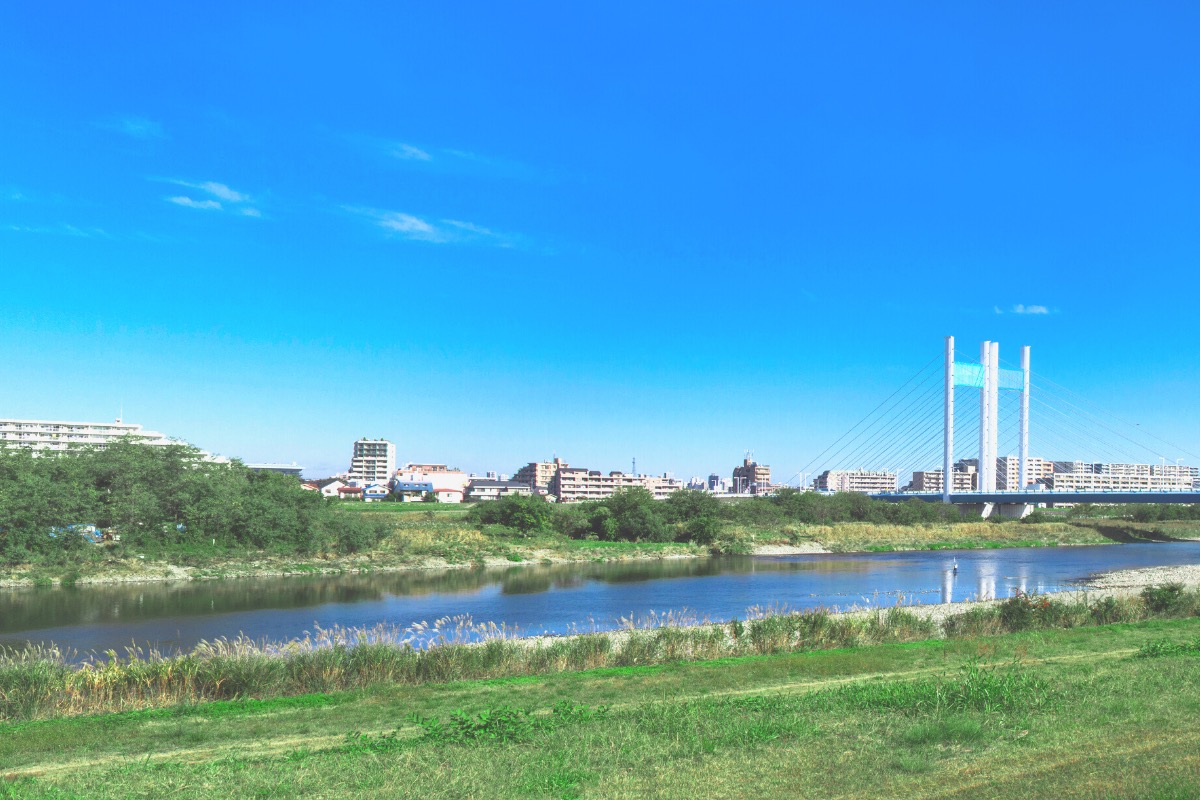 The Tama river runs through this area, with grassy banks that make for lovely promenades and picnics. Most of the Tamagawa’s riverside is covered in grass, but the most well kept part is the Futakotamagawa Park, with a playground and a pond. The area also contains the only valley in Tokyo, Todoroki Valley. The valley’s river runs between two lush slopes, accompanied by winding path worthy of being in My Neighbour Totoro. Another nearby green space is the Kinuta Park which has sports fields, exercise areas and playgrounds. Although Setagaya is located at the boundary between Tokyo and Kanagawa (the two prefectures are separated by the boundary of the Tama river), it is still close enough to central Tokyo for a daily commute. 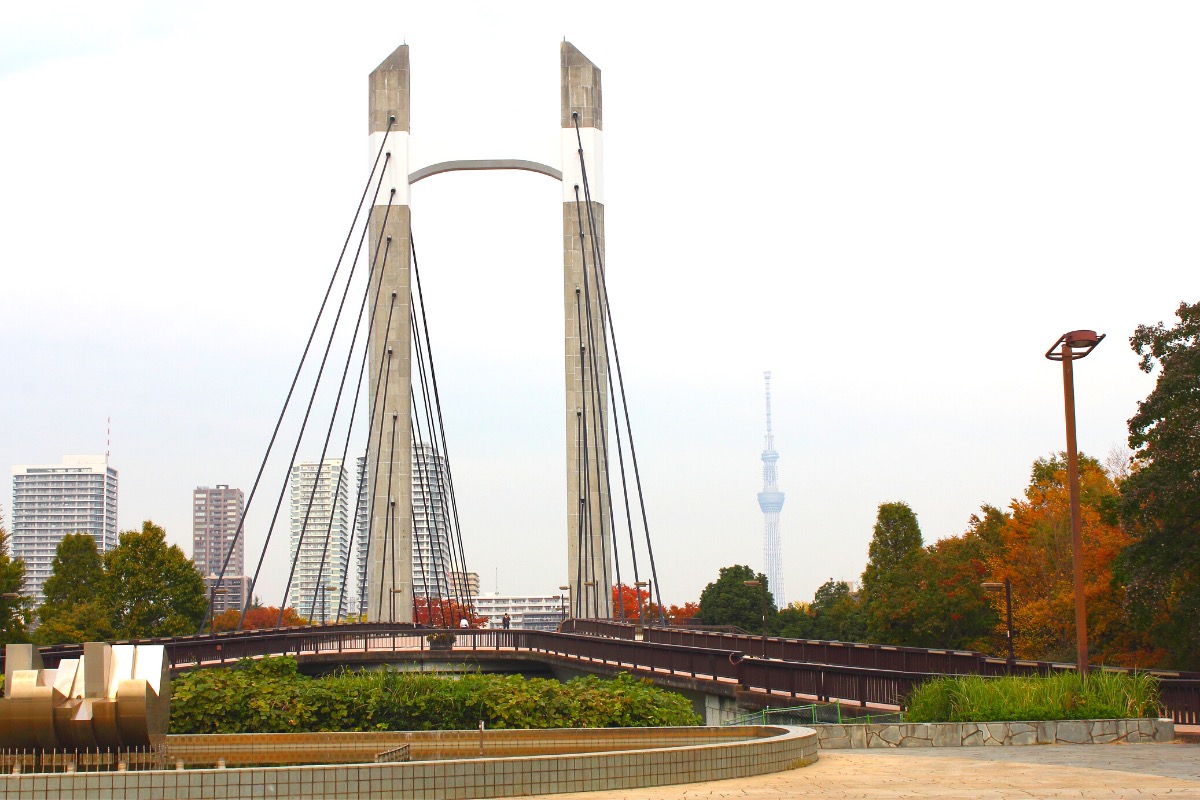 The main attraction of the area is Kiba Park, which offers seaside views, with BBQ rental areas, tennis courts, botanical gardens, and even the Museum of Contemporary Art. There are plenty of other green spaces in the area as well, including the Fukutomi-gawa and Toyosumi parks, and the Kiyosumi Gardens. Much of Koto is located on a recently built artificial island, so the area is far less crowded than the central city, but with a modern feel that older residential areas lack.

Although this area is a 30 min express train ride from Shinjuku, so it’s not exactly central Tokyo, it is worth a mention for lovers of the outdoors. It is home to Showa Kinen Park, the largest park in Tokyo, with over 1,653,000 square meters of greenery. The park is especially great for dog-owners who need to take their pup on frequent walks. 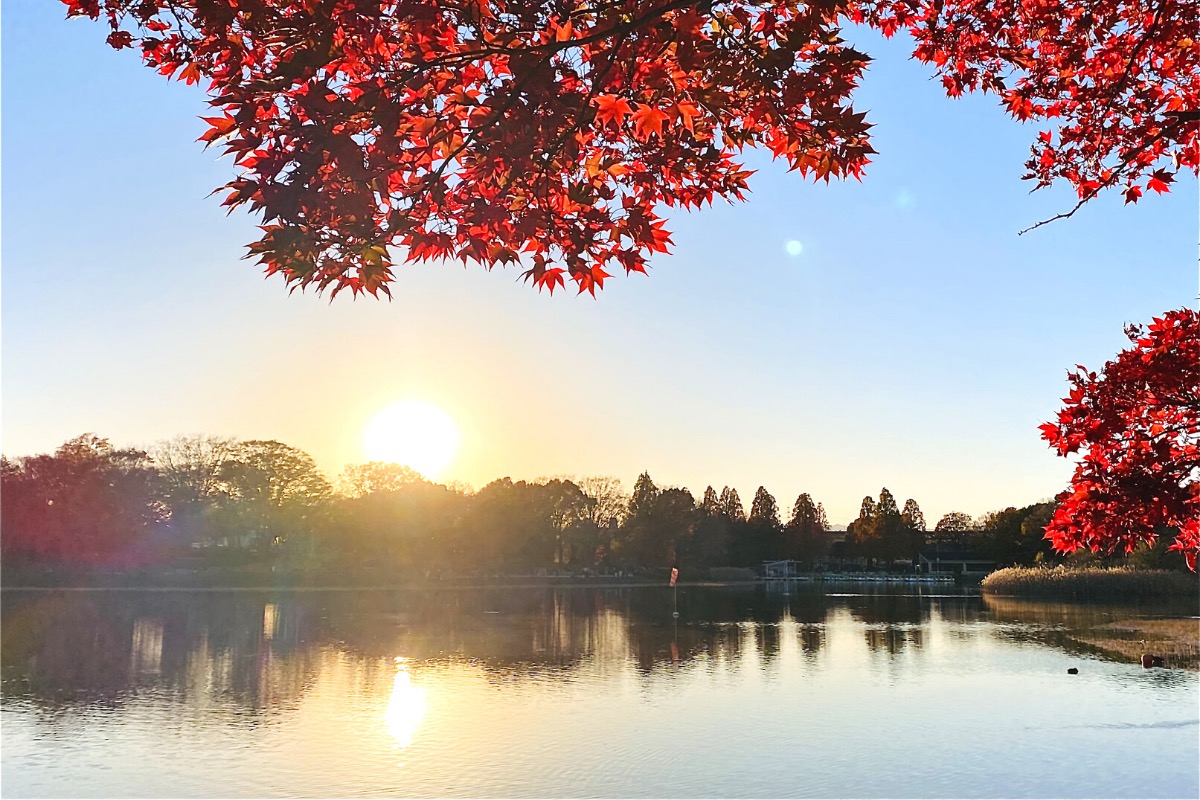 It is beautiful in all seasons, but particularly in the fall when the paths are lined with yellow ginko and red maple trees. The entire area feels much less dense than central Tokyo, with fewer tall buildings, and mountains visible on the horizon. So for those moving to the city from a suburban or rural environment, it might feel more comfortable. Not to mention, the local IKEA brings a bit of familiarity for foreigners coming from the US and Europe, and makes furniture shopping easy.