Shojin Ryori is the vegetarian food eaten by Buddhist monks in Japan, that only feeds the body but also nourishes the soul and the spirit.

Japan is a delight for food connoisseurs. With its aesthetic sense of presentation and subtle flavors, Japanese food pleases all five senses. Dishes such as sushi, sashimi, and yaki niku (grilled meat) are famous across the globe, but not many people know that Japan is also the home to Shojin Ryori – the vegetarian food Japanese monks have been eating for hundreds of years.
For a country that predominantly eats meat and fish now, it is very interesting to note that Japan was originally not a meat-eating society. The staple food was rice and vegetables and since it is an island nation, fish and seaweed. Poultry was rarely eaten.

The advent of Buddhism around AD 593 further influenced eating habits. The monks frowned upon the killing and eating of animals. Emperor Tenmu banned meat-eating in all forms, except fish, though the monks believed that even fish should be avoided.

The winds of change began when Japan opened itself to the west. Dutch and Portuguese missionaries brought their own food and eating habits to the Island. The American occupation after the second world war was also largely responsible for the increase in consumption of meat and gradually Japan developed its own version of meat dishes.

But through these many changes, Shojin Ryori took root and continued to grow and flourish amongst the Buddhist temples in Japan. Shojin Ryori is said to have been introduced in the Kamakura period (13th Century) by the Monk Dogen Zenji, who is also the main propagator of Zen Buddhism. His writings on Shojin Ryori, compiled as Tenzo Kyokun (Instructions for the Cook) laid down detailed instructions and helped to further develop the art of Shojin Ryori.

The philosophy behind Shojin Ryori 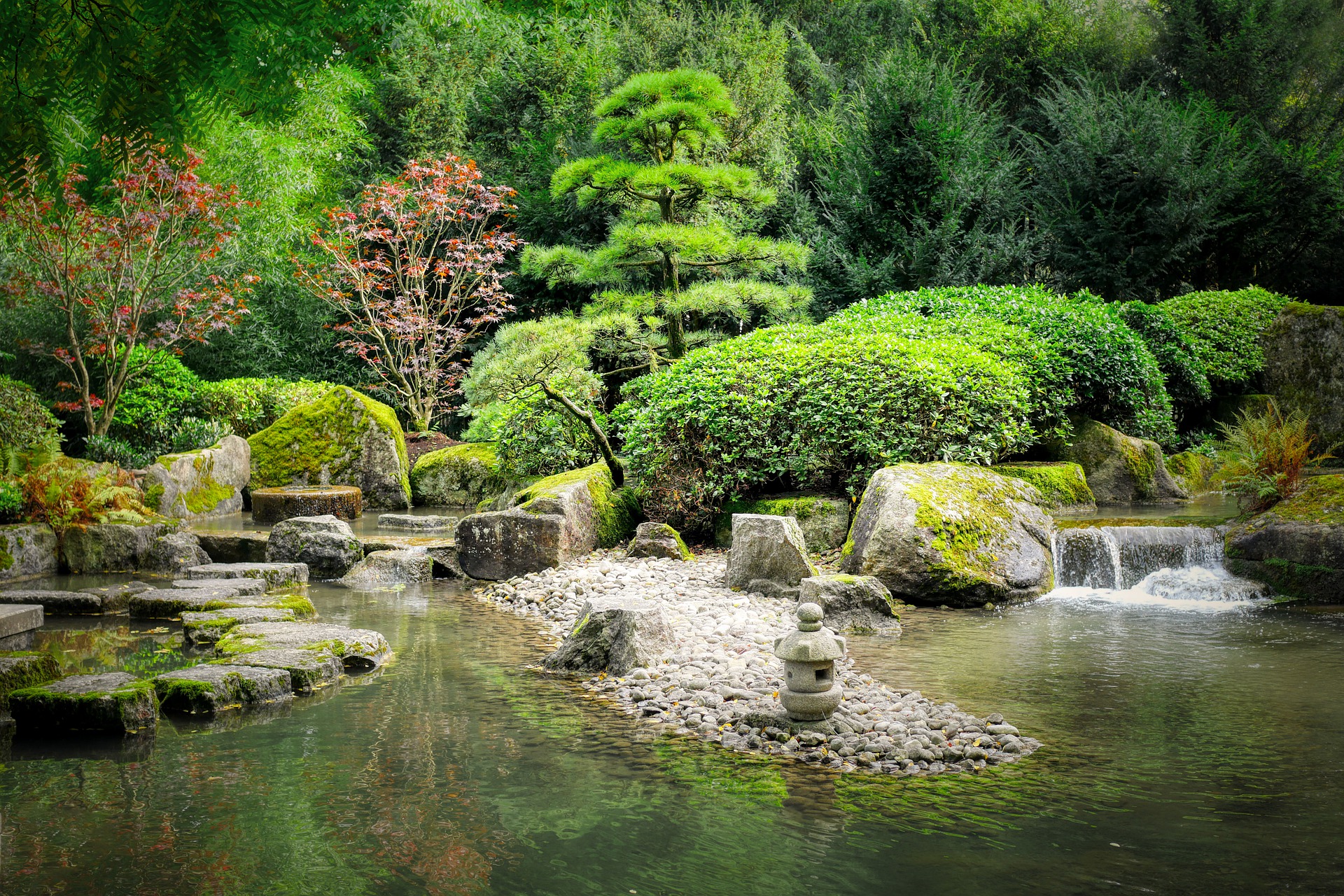 One of the fundamental principles of Shojin Ryori is that one must always be in harmony with nature and the seasons. There must a constant feeling of gratitude towards nature and gods for the bounty that they provide and these gifts must be used mindfully. This is based on the belief that aligning the body, soul, and spirit with nature will lead to a perfect nutritional balance as well as spiritual enhancement.

Shojin Ryori emphasizes on using fresh seasonal ingredients so that the body gets the nutrition needed at that time of the year. For example, eating bitter buds and shoots in spring would remove the toxins and fat accumulated during winter, whereas eating melon and cucumbers during summer would keep the body cool. Autumn provides an abundance of vegetables like tomatoes, eggplants, pumpkins, chestnuts, etc. which help energize and revive a body exhausted with the summer heat. Similarly, in winter root vegetables like radish, turnip, etc. provide warmth.

Shojin Ryori believes in preserving the natural taste and flavors of the ingredients so additional seasonings are used sparingly and only to enhance and bring out the natural flavor of the ingredient and not change the taste. Salt, soy, mirin, and miso are the main seasonings. Flavors are added using the citrus food yuzu, and herbs and leaves such as sansho and shiso.

Living close to nature and using just seasonal ingredients also means that there can be a lack of ingredients at a particular time, forcing the monks to reuse the same vegetables in different ways. The Monks also followed the concept of ichimotsu zentai – minimizing waste and utilizing the vegetable or fruit completely. For example, while cooking Radish or Daikon, one can thinly slice and fry the skin, the root of can be boiled and the leaves can be steamed, chopped, and eaten with rice. Leftover boiled radish can be deep-fried and used as tempura.

Zen Buddhism believes that there must be harmony in everything – even in preparing food. One must pay attention to the delicate balance of color, flavor, and methods of cooking. And all these come with the rule of five. The five flavors that must be enhanced are salty, sour, bitter, sweet and umami. the five main colors used in shojin ryori are green, yellow, red, black, and white and the cooking methods used are raw, simmered, steamed, grilled, and fried.

Along with seasonal vegetables, tofu forms an integral part of Shojin Ryori. Tofu was added as the main source of protein and over the years, the monks played a great role in developing and refining soy-based foods such as fermented soybean (Natto) , fried soybean curd (Abura age), koya dofu (dry tofu), etc. These food products are now an integral part of Japanese cuisine. 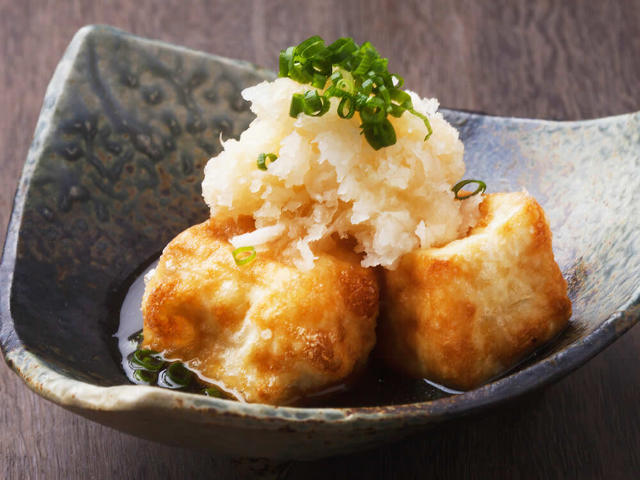 Along with Tofu, Fu, a traditional wheat gluten food, and konnyaku, a thick gelatin-like food made from the konjac plant may also be used while preparing Shojin Ryori.

A Shojin Ryori meal is usually structured around the principle of “ichi ju san sai”, or “one soup, three sides” plus rice and pickles.

Soup can be anything from creamy vegetable soup such as pumpkin and carrot to a clear soup of just soy stock and some root vegetables.

Simmered vegetables or Nimono also form a part of the three side dishes. 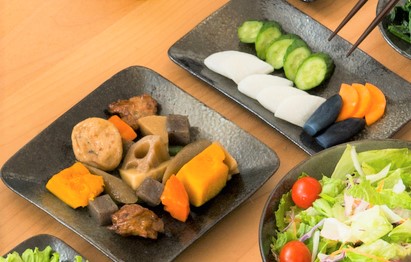 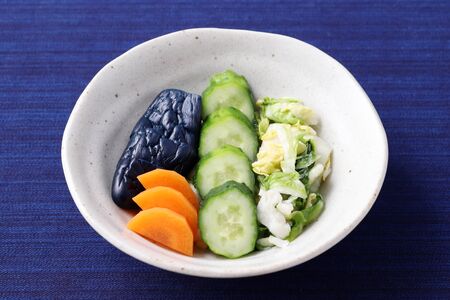 Where to eat shojin ryori

The best place would be the temple such as Mt Koya and Kyoto where you can enjoy Shojin Ryori in its true environment. There are many Shojin Ryori restaurants in Tokyo as well, but they can be a little expensive. Restaurants such as Daigo and sougo in Roppongi, Itosho in azabu juban, Tera Café in Daikanayama, and Bon in Bunkyo ku are some of the fine dining places well known for their shojin ryori.

If you want to enjoy Shojin Ryori in a temple but do not want to venture too far away From Tokyo, you can also eat it at Mt Takao’s Yakuin temple.

Buying essential equipment for your home in Japan

Moving into your new apartment or home in Japan and needing essential appliances like a fridge, washing machine, or oven? You’d be…
By Hana Otsuka • May 9, 2022

Visiting the hairdresser in Japan

Japanese hair salons are supposed to be the best in the world but a visit to a Japanese salon can be daunting…
By Ruchira Shukla • April 25, 2022

Getting a Child or Spouse of Japanese National visa

Whether you’re planning on getting married to a Japanese national or have a dependent you can register as a child of a…
By Hana Otsuka • April 18, 2022