Summary: Japan’s “stay home” started way before COVID. In this article, find out more about the extended Golden Week holiday in May.

If you are unfamiliar with it, Golden Week refers to a cluster of national holidays and a weekend that together create an extended holiday. The four holidays are Showa No Hi (Showa Day) on April 29, Kenpou Kinenbi (Constitution Memorial Day) on May 3, Midori No Hi (Greenery Day) on May 4, and Kodomo No Hi (Children’s Day) on May 5. April 30 is not a national holiday, but many people take the day off to complete the holiday week.

Although lesser known, there is actually also “Silver Week” (but no Bronze Week!) in Japan. Silver Week occurs every five years and includes Respect for the Aged Day on September 21 and Autumn Equinox Day on September 22 or 23, depending on the year. This week is “silver” because of the slightly shorter holiday period (five days, in comparison with Golden Week’s seven days), and the fact that Japanese refer to senior citizens as シルバー.

So where did the name “Golden Week” come from in the first place? 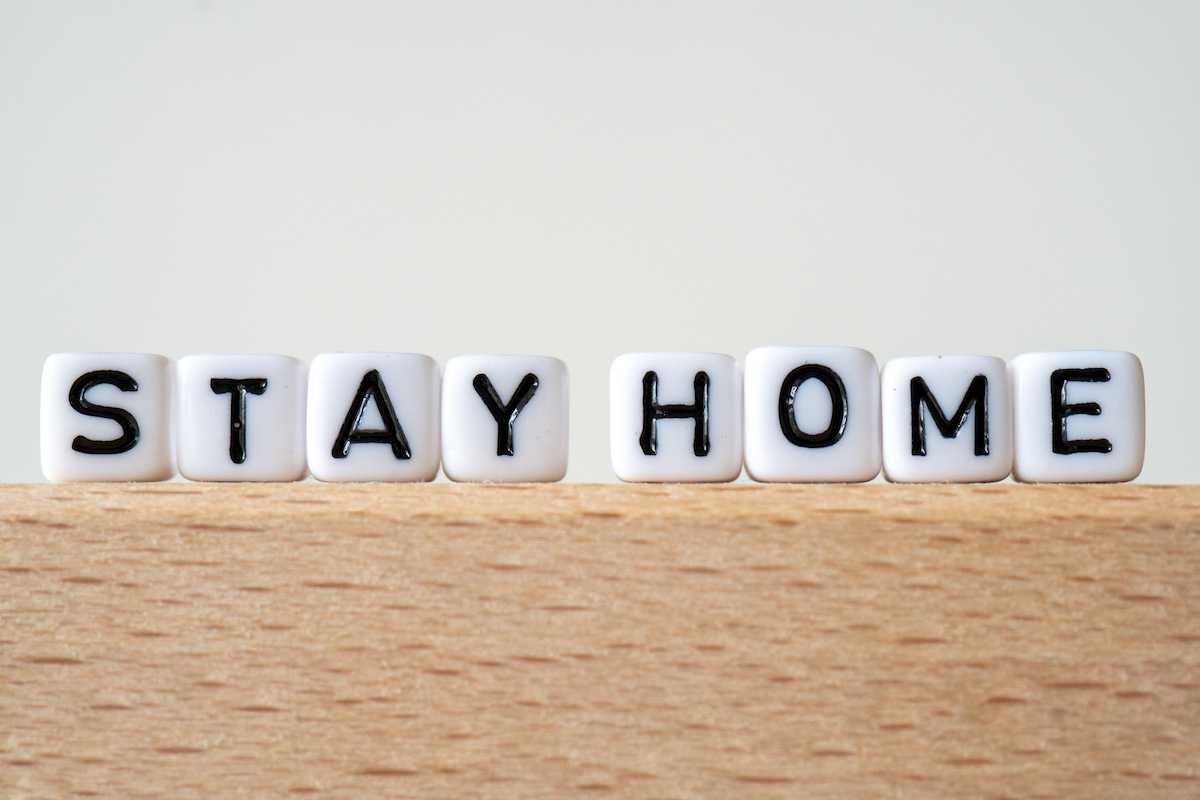 Staying home is not a new concept.

The Japanese government has been trying to get its citizens to “stay home” since before COVID, in a manner of speaking. Golden Week collectively was established in 1948 to help encourage Japanese citizens not to go into the office but to actually take time off from work, and enjoy their families. The scheme worked, and only three years after it was formed, the extended holiday week was dubbed “golden.” So many people stayed home and tuned in to the radio that the few hours of “golden time” (think Happy Hour) extended to seven days of golden time.

On the other hand, taking time off work also meant spending some hard earned money, and the “gold” in Golden Week also derives from the great box office earnings of movie theaters and the cash splashed on non-essential items, giving a boost to the economy that contributed to its naming. Now, let’s look at the individual holidays that make up Golden Week. 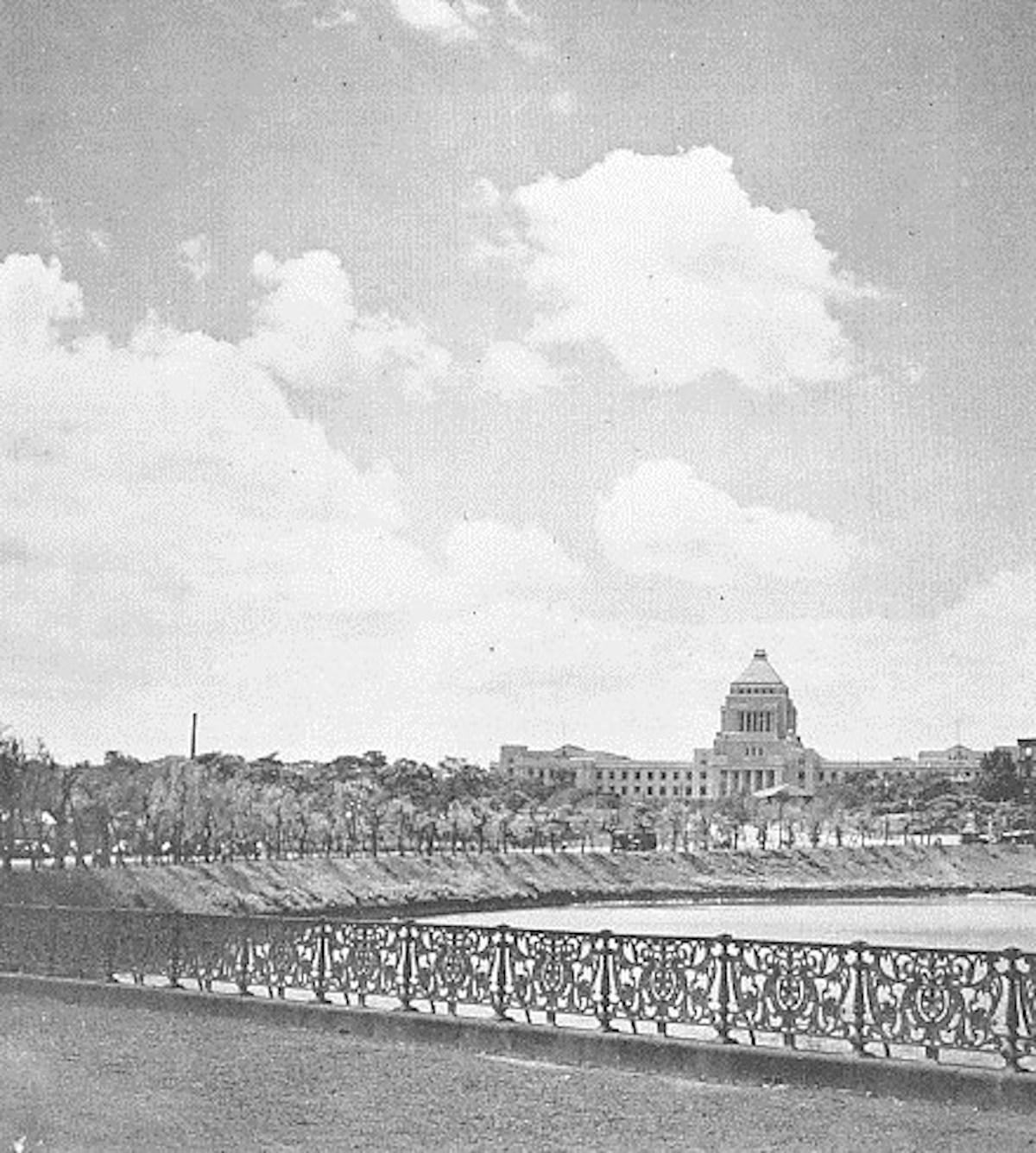 The National Diet Building, completed in 1936, or Showa Year 36.

Formerly the Emperor Showa’s birthday holiday (check out our previous post to learn more about this formative holiday), the purpose of this holiday is now to remember the turbulent war and post-war years of the Showa Period and look ahead to the future. 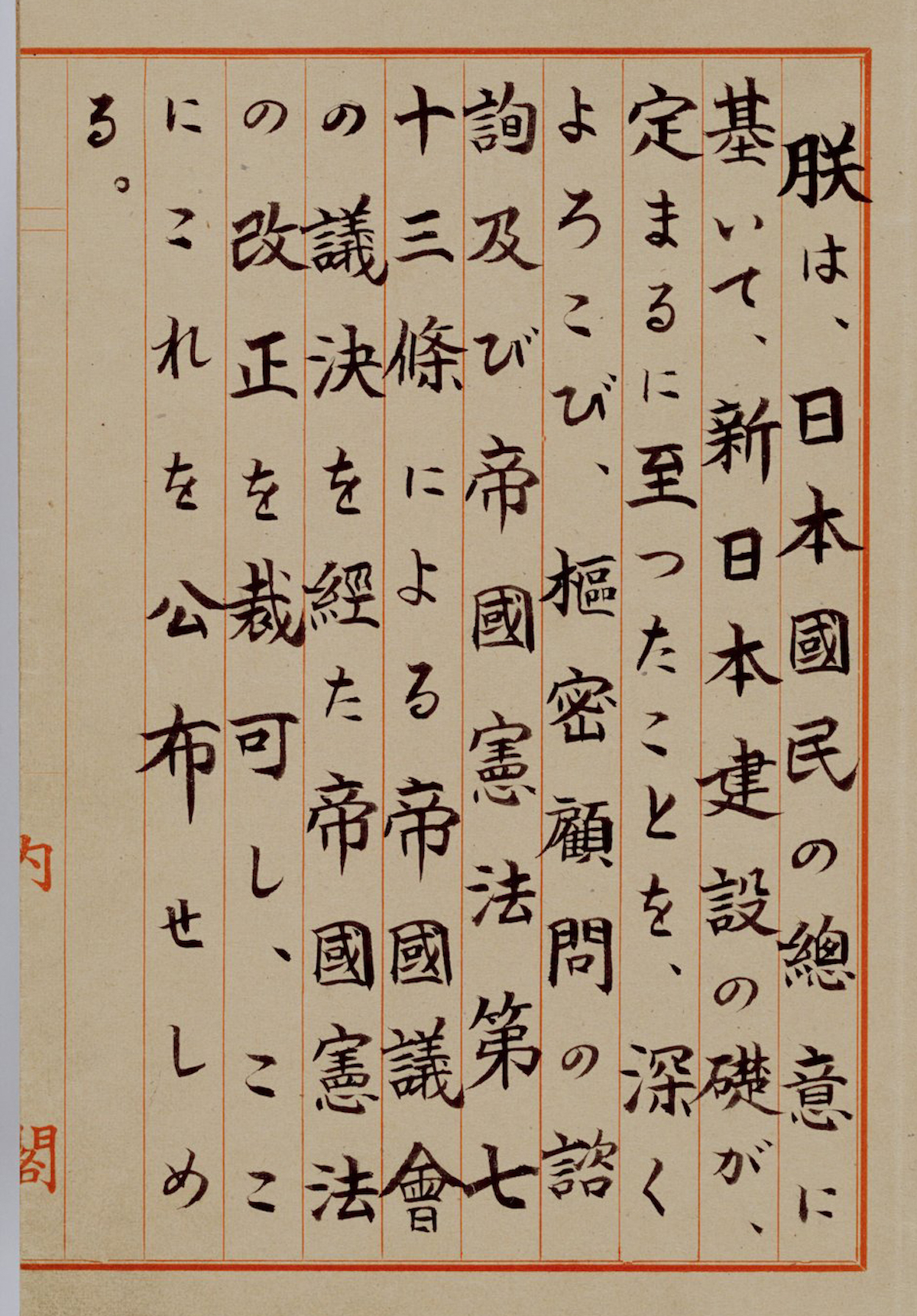 The Constitution of Japan is based on the constitutions of the US and the UK.

As the name suggests, this day commemorates the propagation of Japan’s new, post-war constitution, also known as the “Peace Constitution.” After Japan surrendered to the Allies on September 2, 1945, a new constitution was drafted and accepted by a public referendum in 1946, and put into effect on May 3, 1947. This document turned Japan from an empire into a democracy by giving power to the people and declaring the emperor a symbol of state with no governmental powers. Article 9 of the Constitution contains the famous “no war” phrase, promising that the Japanese government will never again make war, instead trusting in a peace-loving world. You can see a copy of this formative document online via The National Archives of Japan Digital Archives, or visit the archives in person to see the replica.

The National Archives of Japan 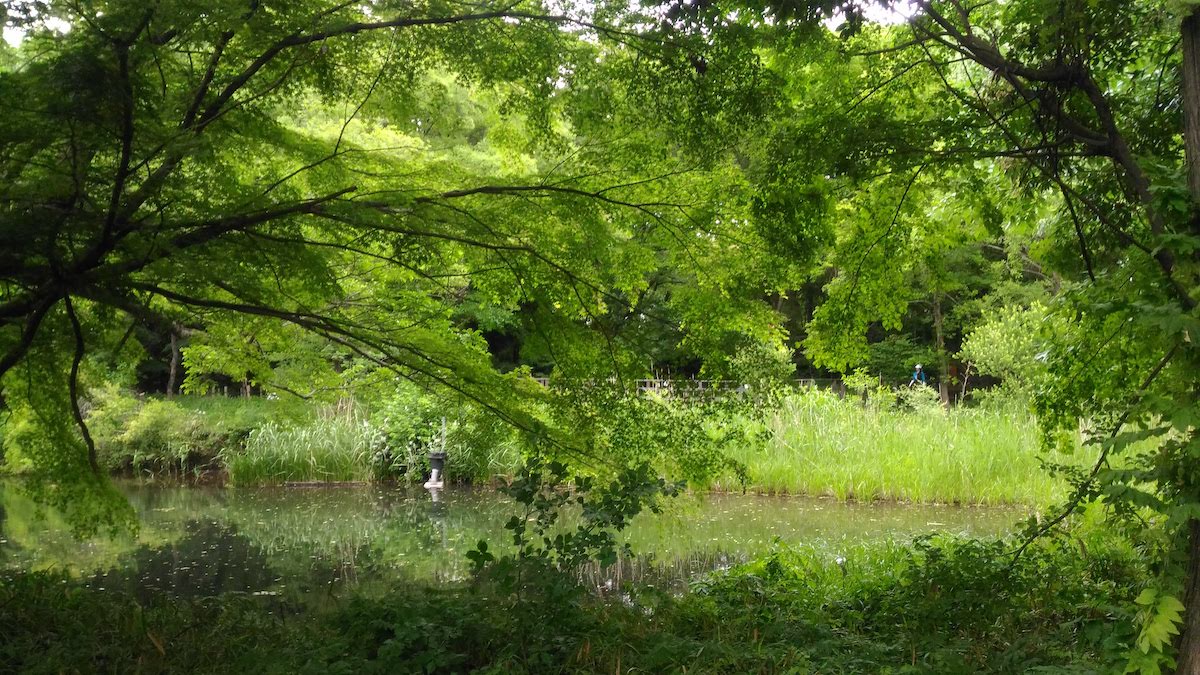 Early May is perfect for enjoying parks and gardens, before summer heat sets in!

Greenery Day is the newest of the Golden Week holidays. Until 1986, it was a regular weekday. Because the day before, May 3, and the day after, May 5, are holidays, these three days were collectively referred to as a “Stepping Stone Holiday” (飛び石連休). Howeve,r in accordance with the Public Holiday Law of 1948, May 4 eventually became a holiday. It was named “Greenery Day” in honor of Emperor Showa, who had a passion for biology. The purpose of this holiday is to spend time appreciating the blessings of and being enriched by nature. 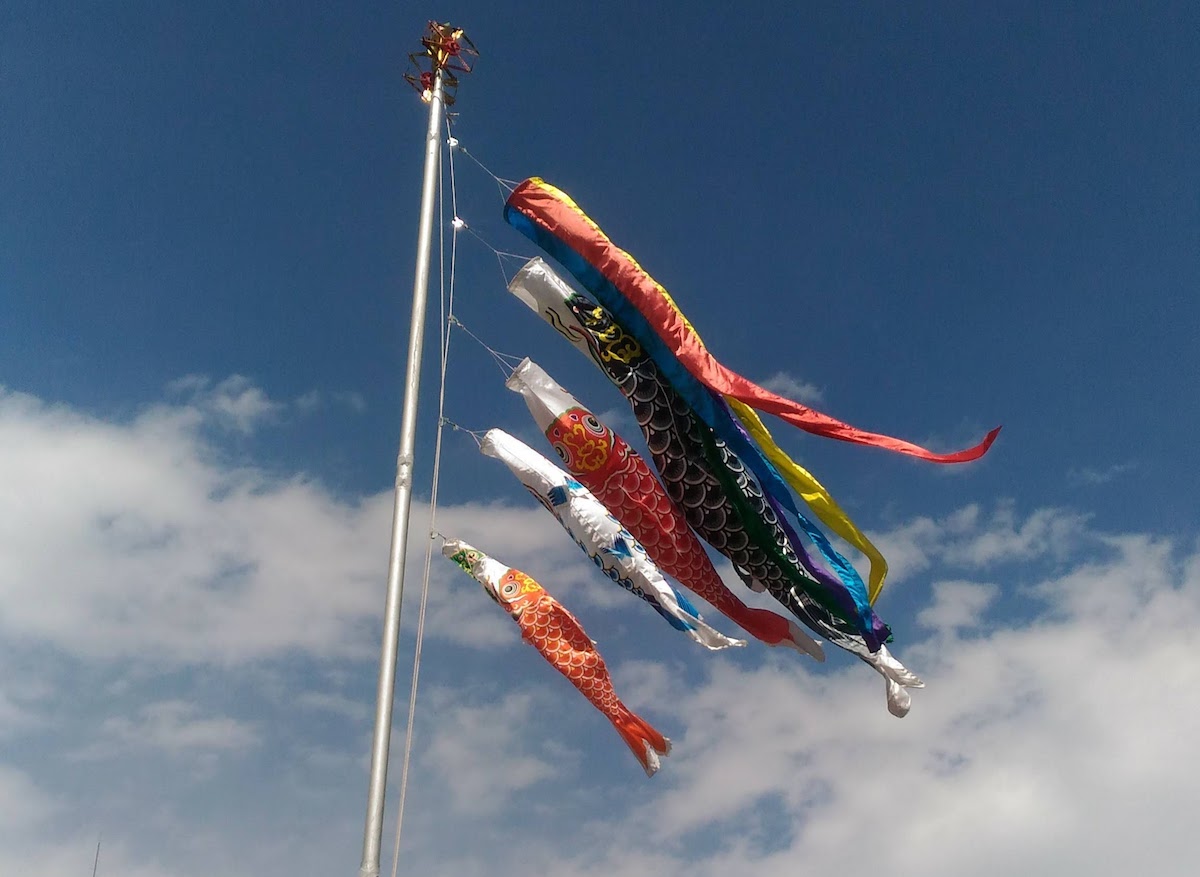 The carp streamers are swimming in an ocean of blue!

Many countries around the world celebrate “Children’s Day,” but most of these holidays are relatively new, established within the last fifty years or so. Japan’s Children’s Day is much older, originating from an ancient festival called “Tango No Sekku.” Tango No Sekku is one of the five seasonal festivals known as “go-sekku,” which include “Joushi No Sekku,” the same day as Girls’ Day.

On Children’s Day, families with young boys display a samurai helmet or full suit of armor, and everyone can celebrate by eating “kashiwa mochi,” which is a rice cake filled with sweet azuki bean paste and wrapped in oak leaves, which symbolize strength. As you walk around your city from late April to early May, you will also notice colorful carp-shaped streamers flying outside homes, preschools, and kindergartens. This custom comes from the Edo Period, when samurai families would display a single carp streamer outside their home to let the gods know a baby boy had been born, and to pray for his good health and success in life. The carp as a symbol of achievement comes from the legend of the carp who swam up a waterfall and became a dragon.

Note: Although it is technically edible, the tough oak leaf is usually removed before eating the mochi.

What to Do During Golden Week 2021

Disclaimer: These events are subject to cancellation due to the ongoing COVID pandemic 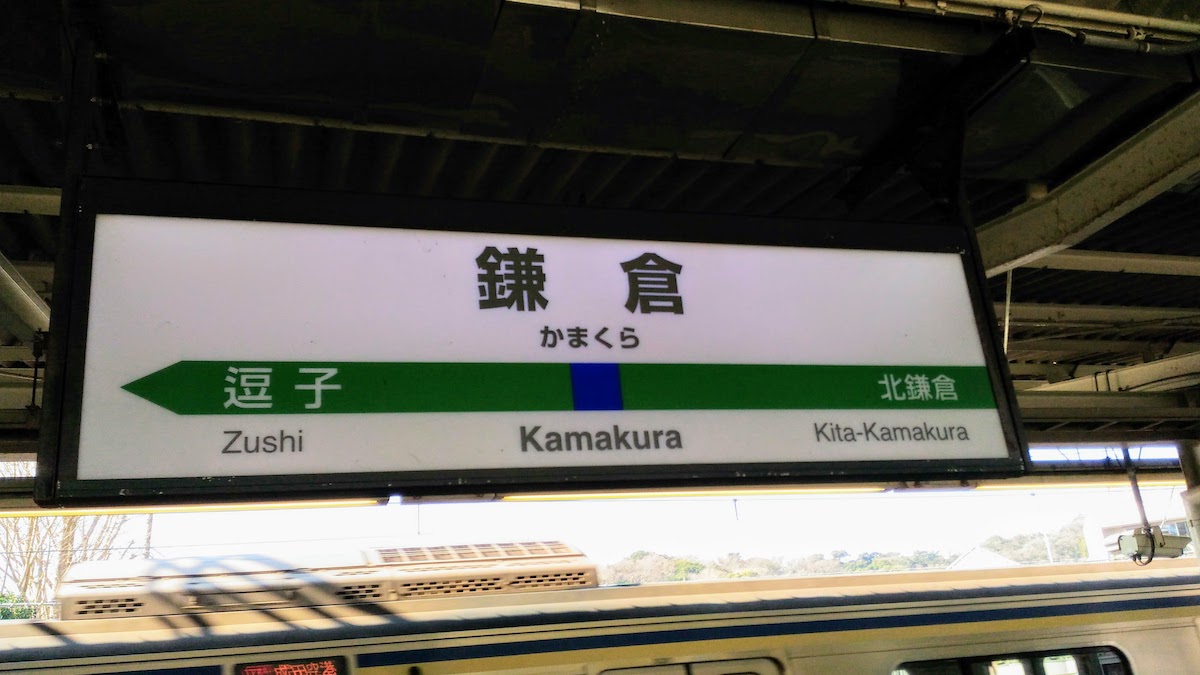 Together with New Year’s and Obon, Golden Week is normally one of the busiest times of the year for travel, making any tourist destinations highly crowded. This Golden Week, the government is likely to discourage travel outside of your own prefecture. However, there are still plenty of things to do in your own city, your neighborhood, or even online. Let’s look at how we Tokyo-ites can enjoy Golden Week events ウイズコロナ, or “with COVID” (the new catchphrase describing a new way to get on with life in spite of the virus). 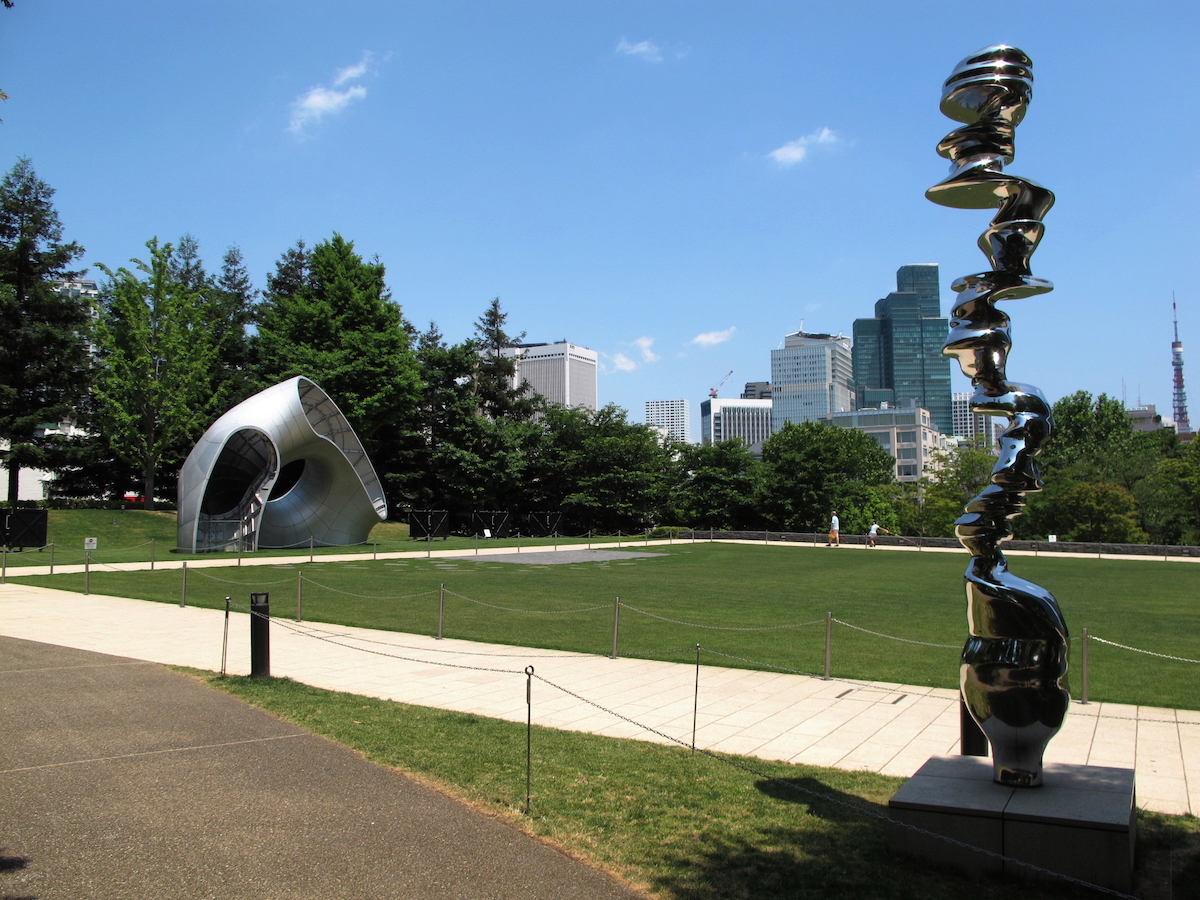 Midtown Garden Lawn will be strung with fluttering carp streamers.

If you want to get outdoors and see something related to the Golden Week holidays, head down to Tokyo Midtown’s koinobori festival, which consists of “Koinobori Gallery” and “Koinobori Walkthrough.”

At “Koinobori Gallery” you can stroll through the park, enjoying the greenery and fresh air as well as 112 unique koi streamers designed by various professional and student artists.

While you are there, don’t miss “Koinobori Walkthrough.” Organizers have set up an oversized koi streamer tunnel, so you can experience being in the belly of the big fish, as it were. How’s that for a change in perspective? 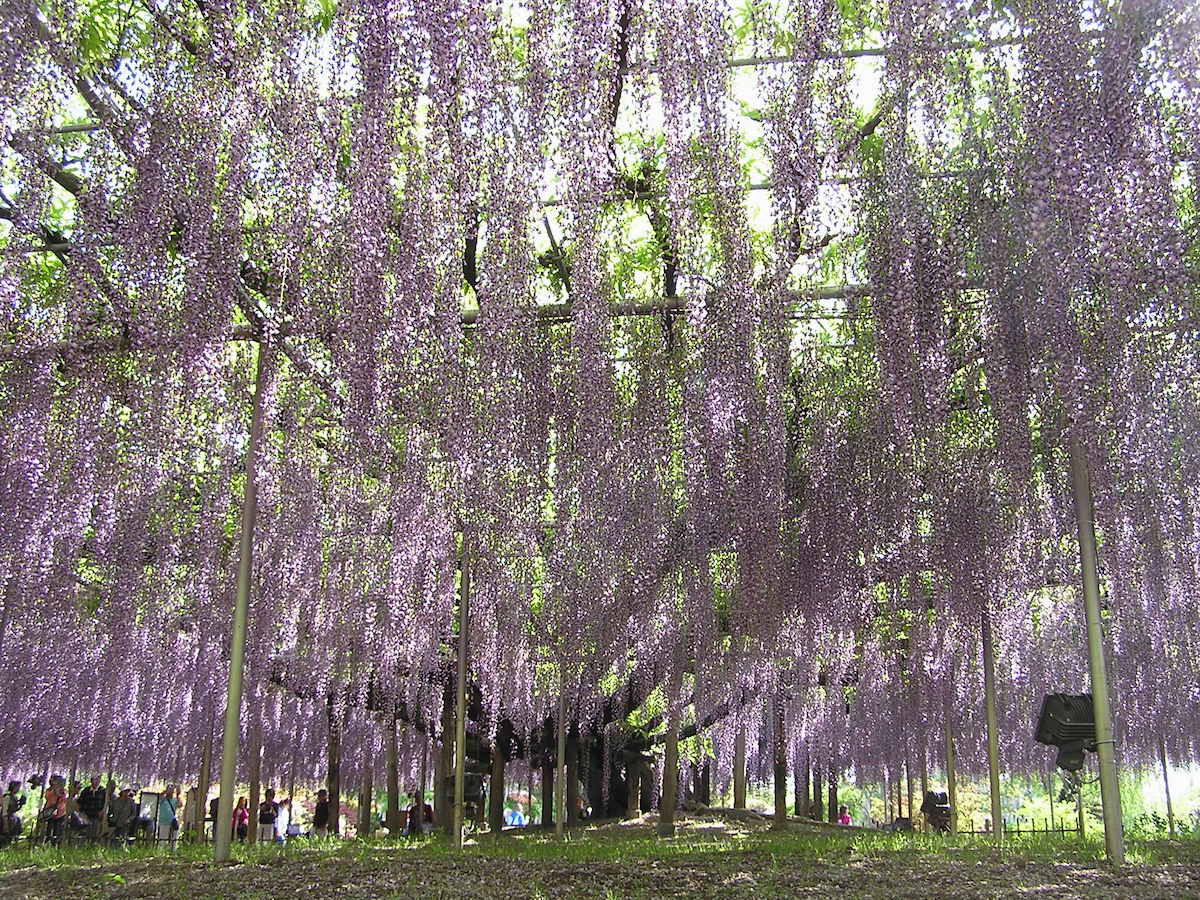 There are always beautiful seasonal flowers to see in Japan, and late April to early May is the season for wisteria. If you love these purple blossoms, head to Kameido Tenjin Shrine in Koto-Ku. Although not as extensive as the famous Ashikaga Flower Park in Tochigi Prefecture, this shrine affords you a view of the blossoms together with Skytree. On the way, you might be able to catch the Kachiya Festival and samurai parade at the Kameido Katori Shrine. Whether you have little ones or not, this would be a fun way to celebrate Children’s Day! 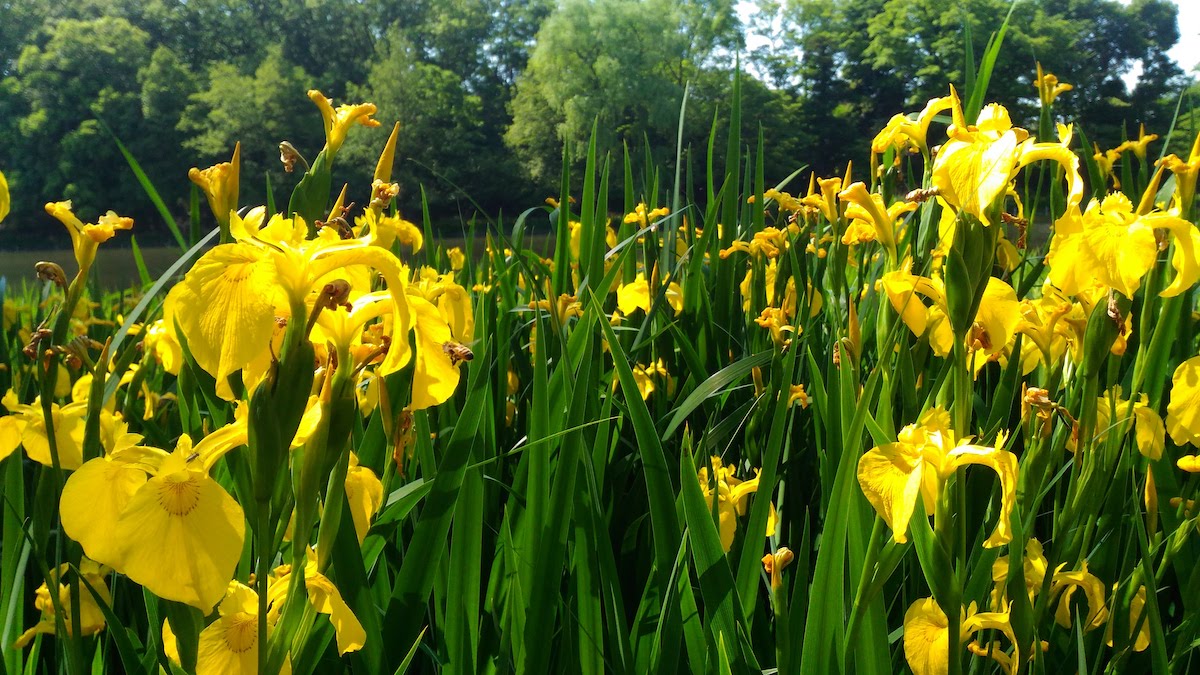 In the unfortunate case that any of these events are cancelled, there is still plenty of local Japan to see by stepping out your door. Why not do something out of your ordinary routine? Try out a rental bicycle and zip around some back streets on wheels, or buy a set of 100 yen smartphone lenses and take a walking photo tour. Maybe forego UBER Eats one night and patronize your local soba shop. Whatever you do, be sure to take a real break from work (turn off your group LINE notifications if you have to!), and make this Golden Week special for yourself and those around you!

Flower parks tend to get quite crowded over the holidays, so if you are looking for a quieter nature getaway, try Setagaya Ward’s Todoroki Gorge 等々力渓谷. A secret but not-so-secret valley only 20 minutes from Shibuya on the Tokyu Oimachi Line but far away from the scrambling and crowding, Todoroki Gorge has a sturdy walking path alongside a brook, a beautiful Japanese style bridge, several small shrines, a teahouse, and a grassy open space.

1K, 2LDK… what do the terms on a Japanese apartment layout mean? Read for a guide on what you need to know…
By Jasmine Ortlieb • June 14, 2021

What to do if you lose your residence card

Losing something in Japan doesn’t have to be a stressful experience. Today we are going to look at what to do if…
By Luke Jackson • June 7, 2021

Are you sending a letter to a friend? What about a package? Sending letters or packages in Japan can be stressful if…
By Jessica Bauman • June 5, 2021