A world war, a world expo, and the Olympics–what can we learn from the Showa Period?

If you live in Japan, April 29th is marked in red on your calendar. This national holiday is called Showa No Hi, 昭和の日 or Showa Day and is the first of five national holidays that make up the long holiday called Golden Week (ゴルデンウイーク). Showa Day now commemorates the Showa Period, but it was originally a celebration of the Emperor Hirohito (posthumously, Showa), who was born on April 29, 1901. You may remember that the current emperor’s birthday on February 23 is celebrated as Tennou Tanjoubi 天皇誕生日. This tradition of celebrating emperors’ birthdays began in 775 Emperor Konin’s “Tenchousai” 天長際. After Emperor Konin, Tenchousai continued to be celebrated, changing dates depending on the birthday of the reigning emperor.

Then, in 1948, Tenchousai was renamed Tenno Tanjoubi, retaining that name until the death of Emperor Showa in 1989. When his son, Crown Prince Akihito, ascended the throne that same year, December 23rd became Tenno Tanjoubi. Since April 29th was no longer the emperor’s birthday, it was renamed “Greenery Day” みどりの日 in honor of the former emperor’s love of nature and his studies in biology. It was renamed Showa Day when, in 2007, May 4 was designated as Greenery Day, a new national holiday created to fill the gap between Constitution Day 憲法記念日 (May 3) and Children’s Day こどもの日 (May 5).

Emperor Showa was not the only emperor whose birthday was repurposed as another holiday. Emperor Meiji’s birthday on November 3 is now celebrated as Culture Day 文化の日. Sadly, the birthdays of the emperor who reigned between them, Emperor Taisho, and Emperor Emeritus Akihito who abdicated in 2019, have disappeared from the calendar.

What Does Showa Day Celebrate?

The official purpose of Showa Day is to reflect on the tumultuous Showa Period and to contemplate the future. The Showa Period was from 1926-1989. During these years, Japan experienced World War II and the atomic bomb and spent almost two decades in recovery. During this reconstruction period, Japan’s world-renowned high-speed train, the “shinkansen” 新幹線 was born, starting with the Kodama in 1958.

This early model was based on plans drawn up in 1939 for a “Dangan Ressha,” 弾丸列車 literally “bullet train.” (As you can see, the word “shinkansen” does not mean “bullet train.” Rather, it means “new line.” This comes from the idea of creating new railway lines, using wide-gauge European-style rails instead of Japanese narrow-gauge rails.) On October 1, 1964, the train line between Osaka and Tokyo opened up, just in time for the 1964 Tokyo Olympics nine days later. 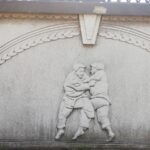 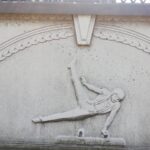 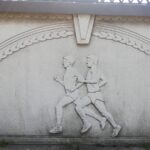 The Games of the 18th Olympiad were held in Tokyo between October 10 and 24, 1964. It was during this Olympics that judo and volleyball was introduced for the first time. Japan did well, finishing third after the USA and the Soviet Union, winning a total of 16 gold medals–5 in wrestling and 5 in men’s gymnastics. This caused a boom in sports and sports education all across the country.

Japan continued to make exponential progress in technology and infrastructure. Six years after the Summer Olympics, Japan again became the focus of international attention. 65 million visitors from Japan and around the world flocked to Osaka in southwestern Japan for the 1970 World Expo 日本万国博覧会. The theme of the Expo was “Progress and Harmony for Mankind” and lasted 183 days. The expo site, nearly the size of Central Park, was built out of the bombed out ruins of central Osaka.

It boasted its own electric generators, cooling system, trash disposal system, medical station, security and emergency services, information center, and lost child center. Movable walkways, public signage, and a real-time computer communications system (an ancient form of ZOOM) facilitated the average 350,000 daily visitors from 76 countries. 116 pavilions were constructed, including Festival Pavilion for international events and Expoland for children. Visitors enjoyed seeing real spacecraft and lunar rocks, watching giant projection screens, trying out mobile phones, having a computer determine their fashion styles, picking up and dropping objects using a voice-activated robotic hand, to name just a few activities. The Expo placed a stamp on the memories of many children and adults of that time. You can still visit the icon Tower of the Sun Museum, with 3 of its 4 faces (one went missing), and the Tree of Life sculpture at the Expo ‘70 Commemorative Park in Osaka.

How to Celebrate Showa Day

For many, The Showa Period is a very nostalgic era. You can experience a little bit of the atmosphere at “jun kissa” 純喫茶, which are Showa-style coffee shops with decor from that time period. For others, it bears painful memories from the war. If you take a walk through any residential area, you will probably see “NO WAR” posters tacked up on walls, and you may have been offered a flyer at the train station declaring the importance of keeping Article 9 of the Constitution, which bans Japan from having an army. The Showa Period was undoubtedly a formative point in Japan’s recent history, producing the peace-loving Japan we know today, with its seamless public transportation, dazzling winter illuminations, expert crowd control and public signage (if you’ve been to Narita Airport recently, you know what I mean!). So what can you do to commemorate Showa Day?

If you want to learn more about Showa Day, you can attend a scholarly event to be held at Meiji Jingu Kaikan on April 29th (costs 5,000 yen). The schedule includes the singing of the national anthem, special greetings, and lectures. In order to keep the number of on-site attendees low, they will also be streaming the event online.

If you are looking for a cheaper option, try watching a Japanese film that takes place during the Showa Period, and get a sense of everyday life during that period. I personally recommend “Always: Sunrise on Third Street,” which is a heart-warming family drama. Or, if you enjoy baking, try this YouTube recipe for Showa-style custard pudding–grandmas’ recipes are always the best. Alternatively, this might also be a good occasion to listen to the “Kimigayo,” the Japanese national anthem. Finally, if you have children or know any kids, learn the nursery rhyme “Antagata Dokosa?” and then playing the popular Showa Period children’s game involving bouncing a ball to the beat of this song and passing it under one leg each time you hear the syllable “sa.”

Reiwa Period and Beyond

We are now in the Reiwa Period. Another emperor is on the throne, another crisis has shaken the globe, and another Olympic Games is on the horizon. As the Olympic torch passes from prefecture to prefecture, the smiling faces of the torchbearers are an encouraging reminder of Japan’s ability to rally together and meet any challenge with resilience and resourcefulness. This Showa Day 2021, take some time to reflect on the past, both the good and the bad, and then see what you can do now to build a better future.