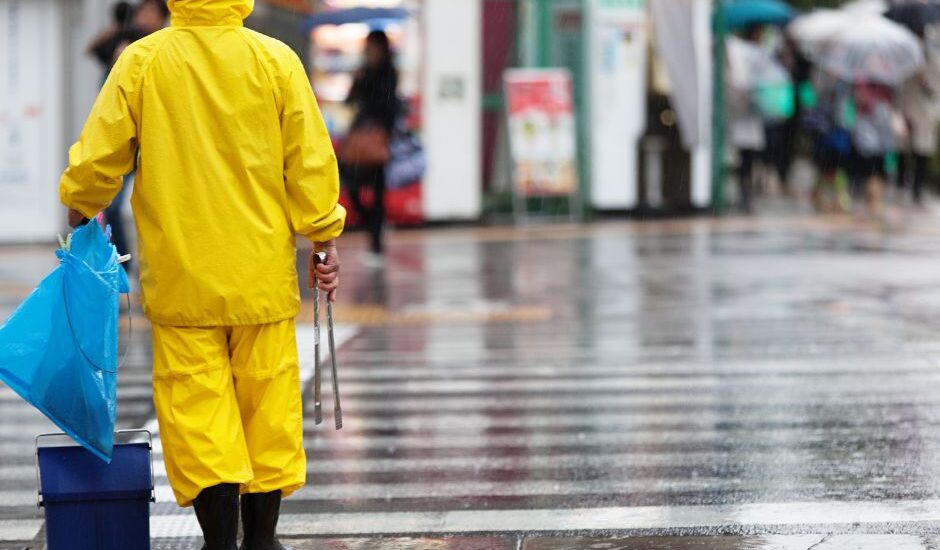 Be fully prepared for typhoon season in Japan

The lack of sunny days and difficulty in hanging laundry outdoors is a sure sign that it’s officially the rainy season in Japan. What’s more, typhoons peak in the country from August to October, so it’s advised to be well informed on how to stay safe during this period.

The terminology might be different in your home country, but in Japan, a hurricane or tropical cyclone is called a typhoon. It is a tropical storm with sustained winds over 46 mph and heavy rainfall.

Although Tokyo and other major cities in Japan are often spared from a typhoon’s direct course, being prepared is still a life-saving skill. At the end of the day, instances such as the 2019 typhoon Hagibis damaging Tokyo and causing power outages for days could still happen.

Japan’s rainy season is from June to July, although typhoons pass through the country from July to October. 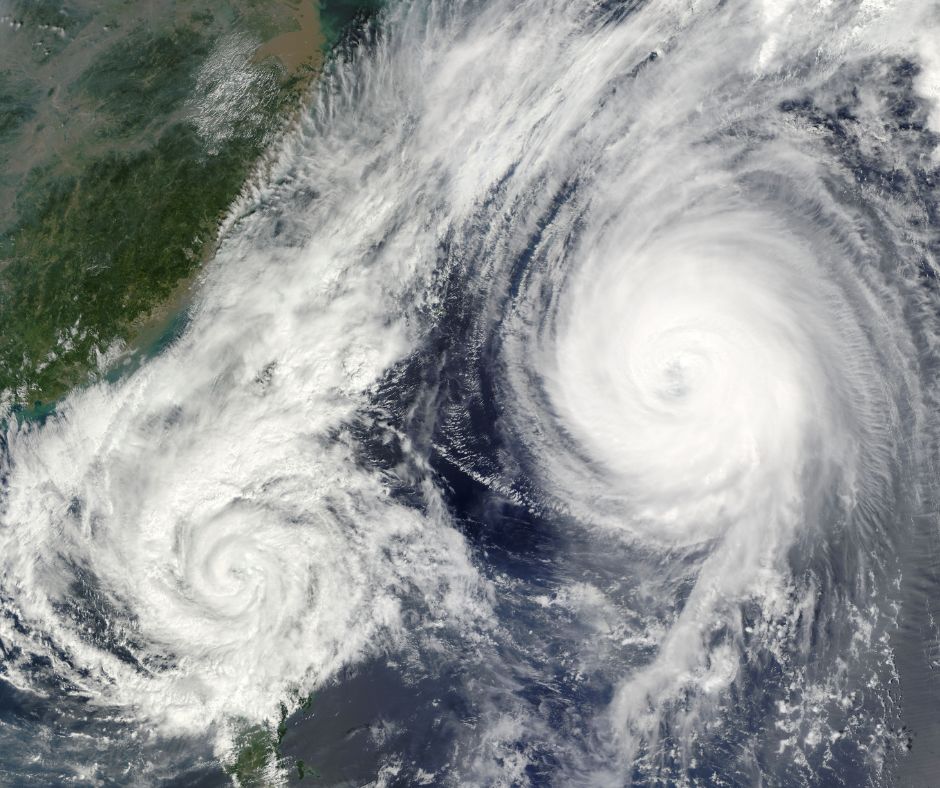 The severity or classification of a typhoon is based on its wind speed and strength, with any tropical depression hitting a maximum wind speed (MWS) higher than 38mph is automatically categorized as a typhoon or “taifū.”

When the MWS reaches 56-74 mph, it becomes a severe tropical storm based on international categorization (still a taifu in Japan).

Be aware of these typhoon warnings or alarms

The next step would be to monitor the warnings (keihō) or advisories (chūihō) from the Meteorological Agency.

There are five main advisories which are described below: 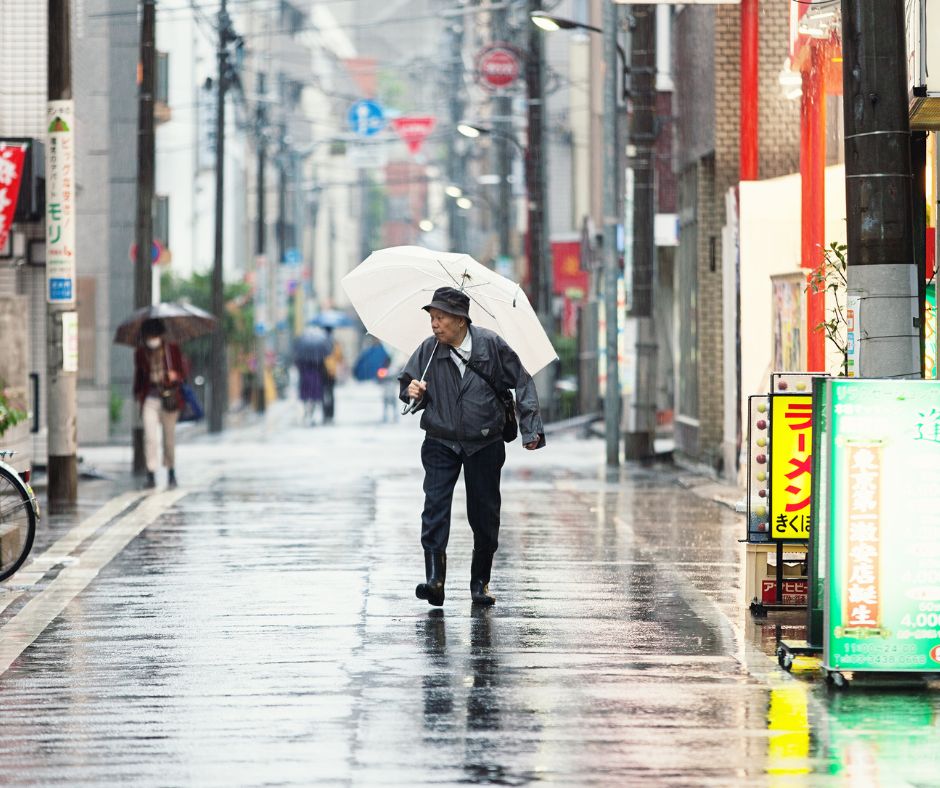 How to stay updated

The Japan Meteorological Agency issues important weather information in real-time and is easily accessible through its website. The site tracks temperature, wind speeds, dust levels, UV index, humidity, earthquakes, precipitation, and more. Head over to the “Heavy rain/typhoon” tab to check the current status of your area.

Perhaps the quickest way to stay updated with the advisories is by looking at your smartphone’s weather app. Japan-issued phones also have alarms (accompanied by a sound that could wake even the heaviest sleepers) that go off when there is a risk of natural disaster, and residents are advised to take precautions.

You can also check out this website which provides useful links and apps regarding natural disasters and what residents can do during such situations. The website is available in multiple languages for extra convenience. 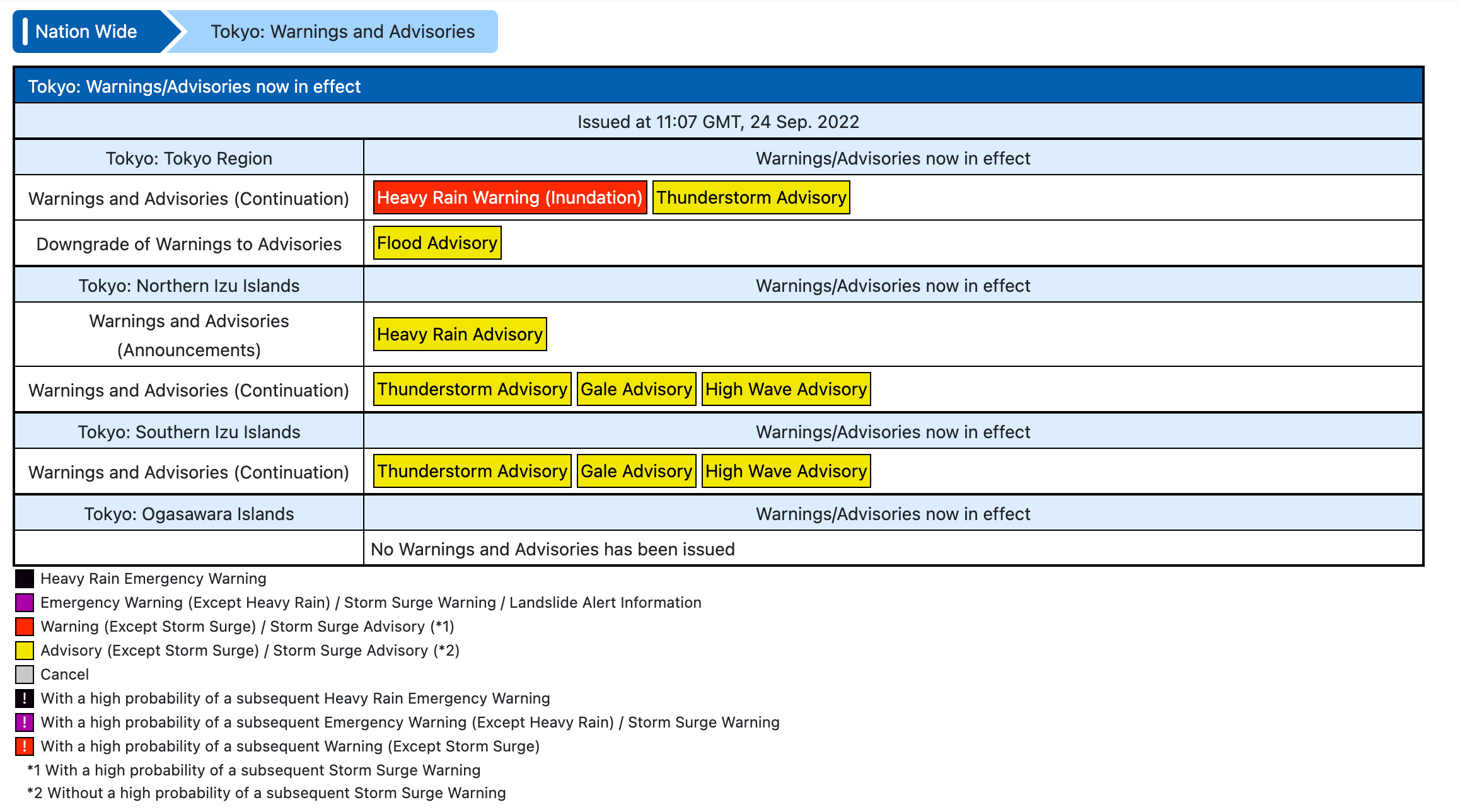 What to do after the typhoon warning

The best way to deal with a typhoon warning is to be prepared; meaning family members are aware of the next steps, such as the emergency evacuation location assigned for your community, whether an elementary school or gym. This information is provided when you register with your municipality. It’s also recommended to have an emergency go bag filled with water, canned goods, clothing, and important documents, which you can quickly grab during evacuation.

Other precautions include clearing your balcony and outdoor areas from lightweight items that could be swept by the wind. If you have bulky items outdoors, you can buy protective covers from home supply shops such as washing machine and aircon covers.

When staying indoors, stay away from large glass windows and ensure you have enough supplies and necessities in case the power goes out and you’re stuck at home. 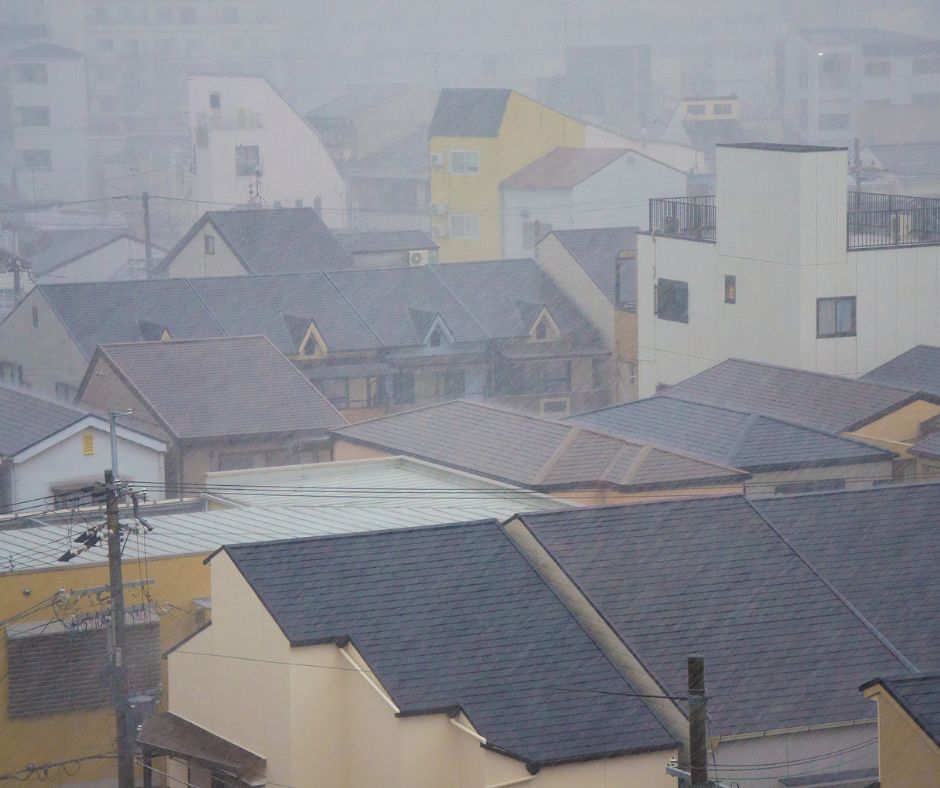 If you take public transportation, you can check your train operator’s website for updates on whether train lines are still running or if you need alternatives. Don’t leave the house unless it’s necessary. If you do have to go, avoid areas with rivers, harbors, or beaches, as these could be inundated with rising water levels. Mountainous areas or places where a landslide could occur should also be avoided during this time.

Keep in mind that typhoons have “eyes,” and when you’re in it, the weather will appear calm and back to normal. But the eye is surrounded by the storm so expect winds to pick up shortly after. Once the weather advisories have stabilized, you can now check the situation outdoors, such as fallen trees and other damage, to avoid any safety hazards following the storm.

Equipped with the proper knowledge and precautions, you can go through a typhoon in Japan without compromising safety and comfort.