Arriving in Tokyo during the Coronavirus Pandemic: the good, the bad, and the ugly.

If you want to know what you’re getting yourself into before flying to Tokyo during the pandemic here is my experience below. Please note experiences are subject to vary.

As COVID-19 is still active, lurking the globe it makes it impossible for us to plan anything. However, when it comes to necessities such as travelling for business or reuniting with loved ones we’re left with no choice.

I myself was apprehensive before travelling back to Tokyo to renew my visa as I felt there was absolutely no information at either side regarding covid tests, quarantine, and all the new things now associated with travel. Travelling is already stressful enough but when you’re uncertain about which COVID test to take and whether you’ll be allowed into the country – stress levels are certainly increased. (I couldn’t even imagine what it’d be like travelling with children during this process).

Luckily, before leaving the UK I stumbled upon a Facebook group called ‘Return to Japan Support Group’. I owe everything to that group as without them I’d probably be stranded in Germany somewhere. 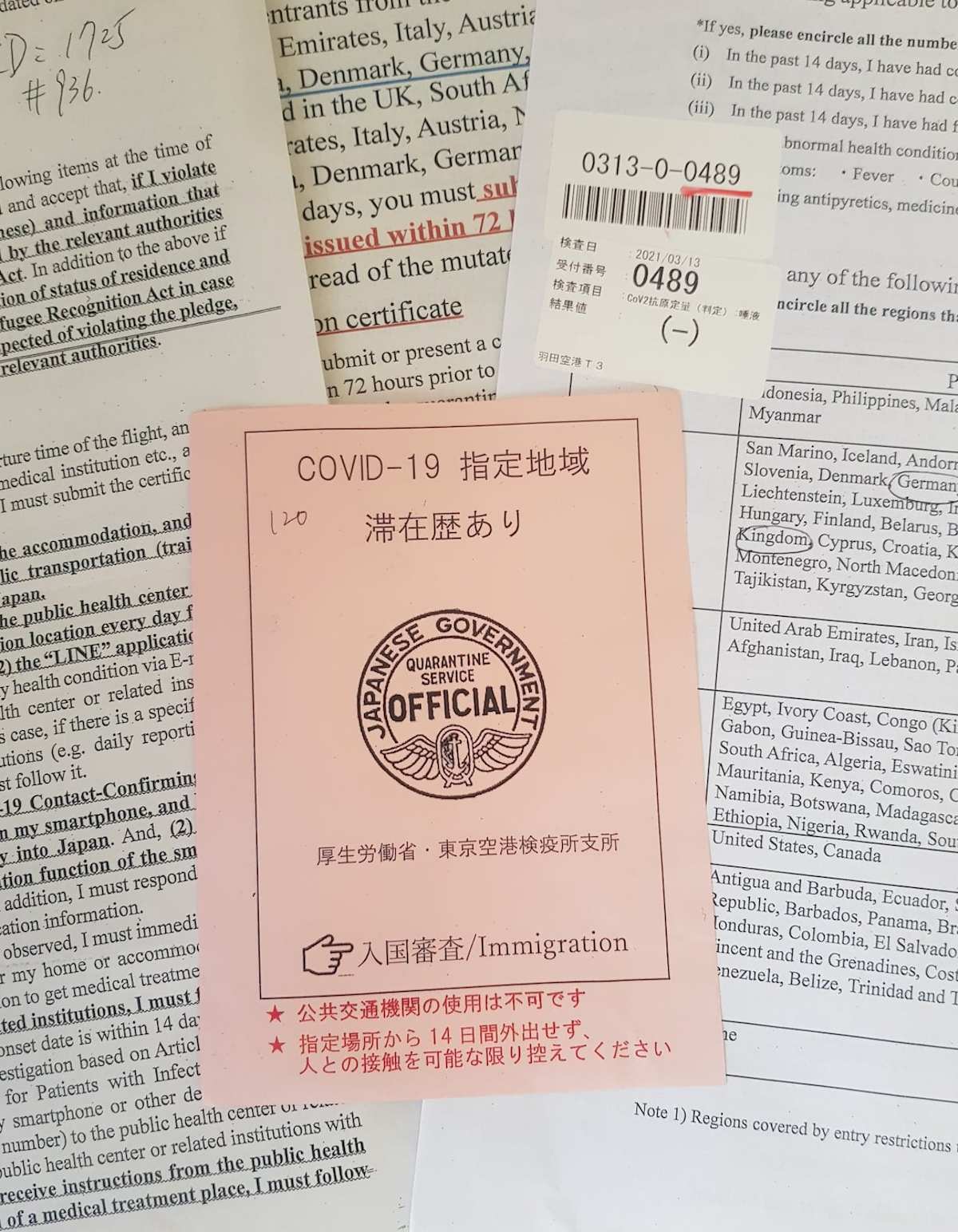 Let’s Start with the Bad: What I Didn’t Know…

You’re hounded at the airport not only for your negative COVID results (which I was already expecting) but to also download multiple applications to your phone. So, make sure to download as many as you can beforehand and have your phone fully charged with enough storage.

COCOA – there are two COCOA applications.

Firstly, you will need to download the COCOA questionnaire and complete it while at the airport. Once finished you will need to take a screenshot of the results page (I don’t know why) and show the screenshot to get to the next queue. You will then need the standard COCOA app which informs you via Bluetooth whether anyone around you has tested positive for coronavirus in your surroundings.

OSSMA – this will send you random notifications throughout the day whereby you have to report your current location.

Skype – you have to download this in case the coronavirus team want to call you to see where you are. I was never called which I was disappointed about.

Google Maps– the airport staff said that you’d have to declare your Google map’s location when the 14 days were up to see if you’d broken the rules. But again, this was not followed up.

I had no idea I would end up being so familiar with Haneda airport. You should be prepared to wait around the airport for up to 7 hours. This is not an exaggeration. It feels like queuing at a theme park with no rollercoaster at the end.

The airport was scarce with a few staff and cabin crew scattered around; it was an eerie afternoon to say the least. Everyone is led like sheep down the same long corridor to the COVID Test Centre. After downloading all the apps and showing your pointless screenshot of the questionnaire, the waiting really begins.

The PCR Saliva test was very quick. You’re guided into a mini cubicle, given a funnel and tube. After doing the deed, you submit it and wait in another room.

A staff member guides you through the rules of quarantine and asks you to fill out a form listing the address you’ll be staying at. At that point I hadn’t booked any accommodation as I didn’t know the rules. However, they said it was okay to put a friend’s address and change it later. However, I know others haven’t been as lucky and have had to book accommodation there and then.

This is a contract to basically say that you’re going to follow the rules and quarantine for two weeks and only leave for essentials. For example, food. I did make a food order but eventually had to do a grocery shop.

Waiting for the Results

Once piled into a huge room with rows of chairs filled with other arrivals, it’s game on to wait for your results. When your number is eventually called 2 hours later, if negative, you’re put in another section of seats in the same room. It makes no sense. All of the papers led to the one and only pink COVID-19 passport, which you had to show to every member of staff while walking back down the long corridor to arrivals.

After waiting in a few more rooms for absolutely no reason at all, an elastic tag was put around your arm and you were divided into groups (similar to a school trip but with complete strangers). You were allowed to collect your luggage and go the toilet. Next, you’re put on a coach with your school trip group, and you have no idea where the coach is going. Exciting right?

If you’re lucky enough to dodge the government facility, you can quarantine at your own apartment with friends or family. If you’re from a high-risk country where the pandemic is prominent, you have the luxury of staying at a government facility for 3 nights. A business hotel in a central area, all meals provided free of charge. What could be so bad about that? 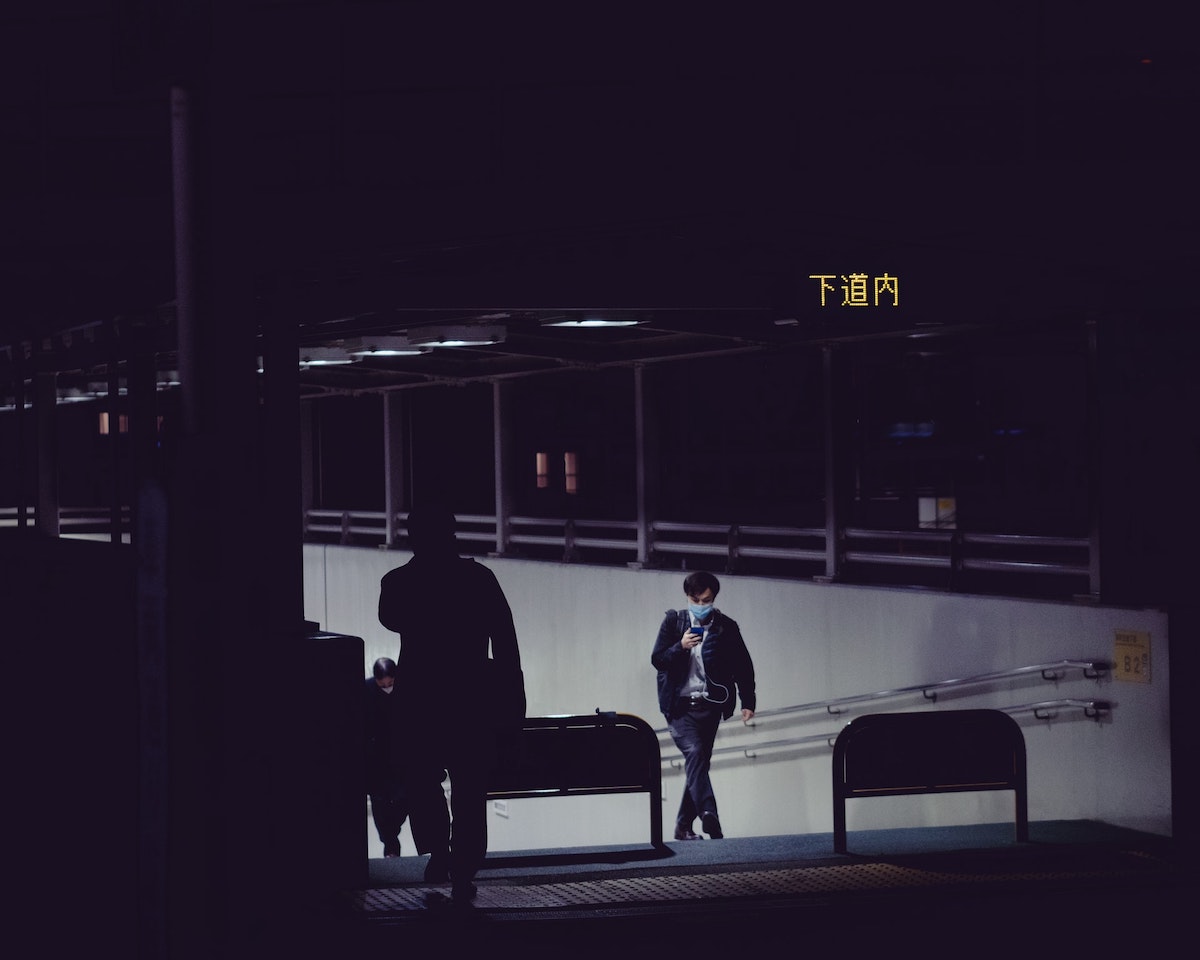 The Good: Leaving the Airport

When you finally get off the coach which feels like a lifetime after an hour of being called one by one, you have more paperwork if you could believe it. It’s a mini repeat of the airport so I won’t bore you with the details.

I was overwhelmed with information and past exhaustion, so I collapsed into bed without properly checking anything out. When I woke up that’s when I realised how small and claustrophobic the room was. The pillow provided was unnecessarily hard, the window was frosted and didn’t open, not forgetting to mention the cold bento’s left at your door. I saw people complaining on the Facebook group prior to my departure about all of those things but I thought they were just being ungrateful. However, I came to the conclusion that the government facility was a glorified prison.

Every morning you’re woken up at 7am to a very loud intrusive announcement. First in Japanese then repeated in English. The next announcement was around 30 minutes later to tell you that breakfast would be served and there would be another announcement for collection. That’s when I realised that these announcements were not only going to be early but daily even if they didn’t apply to you. 3 announcements a day for the food and 4 when the coaches were due to leave and 5 for the covid tests. I felt like I was in a strange Sci-Fi movie.

Travel at Your Own Risk

If there’s one thing you should take away from this article is to bring as many snacks as possible. This ordeal has made me appreciate warm meals, windows that open and soft pillows more than ever.