Beautiful nature and perfect beaches.  Whether you’re looking for an expedition into the jungle, a place to laze on the beach before, during or after the rest of your Japan trip, or appreciation of unique vegetation and geological formations, Okinawa is worth a trip! 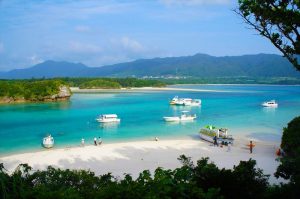 Here in Okinawa, family means everything and remember to say ‘Hai Sai’ instead of ‘Konnichiwa’ because the back ground of Okinawa’s past culture. Okinawa goes through seasonal tropical storms that leave the environment constantly changing from being a beautiful day with flowers and green grass to just grey washed up surroundings. Always a week after harsh storms Okinawa returns to its beautiful tropical atmosphere.

Okinawa has been a critical strategic location for the United States Armed Forces since the end of World War II. The island hosts around 26,000 US military personnel, about half of the total complement of the United States Forces Japan, spread among 32 bases and 48 training sites. US bases in Okinawa played critical roles in the Korean War, Vietnam War, War in Afghanistan and Iraq War.

Okinawa’s population is 315,954 and the locals are among the longest living peoples in the world. Residents have less cancer, heart disease and dementia than Americans, while Okinawan women live longer than anywhere else on Earth.

The cuisine is also known as Ryūkyūan cuisine, a reference to the Ryukyu Kingdom. Due to differences in culture, historical contact between other regions, climate, vegetables and other ingredients, Okinawan cuisine differs from mainland Japanese cuisine. Despite being surrounded by the sea, Okinawans eat relatively little seafood compared to other maritime cultures. Fish and other seafood products were traditionally difficult to preserve in the high temperatures of the Okinawan islands. Additionally, the islands are surrounded by relatively few fish species. The primary preparations of fish are pickling in salt (shio-zuke), dried, grilled, simmered in soy sauce, and as kamaboko, a processed seafood product typically made from white fish. Sashimi is served in Okinawa, but is limited by the inability to retain freshness due to high temperatures on the islands. Sashimi, unlike on the main islands of Japan, is not part of a full course meal.

Japan’s treasured Sakura blossoms typically bloom from March and April on the mainland, in Okinawa winter travelers can enjoy the blossoms months earlier than in the rest of the country, in January and February. 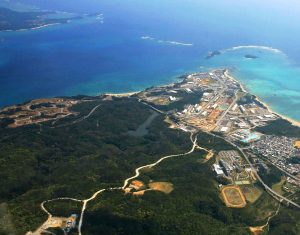 The rainy season starts in May with heavy precipitation during this period. However, once the rainy season ends in late June, it gets hot and sunny. The peak of summer lasts in August and September as typical Okinawan weather, but this is also typhoon season and caution is required. Beginning in October, the heat lets up and the weather is quite pleasant. As winter approaches around December, it gets cold but it never snows. Okinawa’s winters sometimes have strong winds and please be sure to guard against the cold. It gets warmer in March, but there are still some chilly days, so keep a jacket handy. 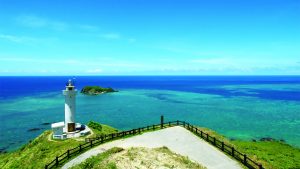 Japan’s southernmost prefecture is relatively close to Taiwan and Mainland China, and they have influenced its music, food, art and architecture. The largest of the Ryukyu Islands, Okinawa was part of the independent Ryukyu Kingdom from the 15th to 19th centuries.

Public transportation on Okinawa Honto is limited to buses, with the exception of the Okinawa Monorail in central Naha. The main hub of the bus network is the Naha Bus Terminal, but some of the lines can also be boarded at the airport.