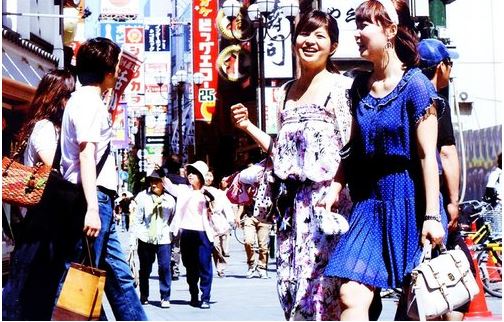 When is the best time to live in Japan?

In March along with our lottery for the art museum tickets we conducted a little survey we would like to share with you. I surely know why I am in…
By Tokyo Room Finder • April 1, 2018

In March along with our lottery for the art museum tickets we conducted a little survey we would like to share with you. I surely know why I am in Japan and (I hope) most of you know that as well. Reasons are as diverse as there are types of Kitkats (I just tried the sake flavor recently. It really tastes and smells like sake). But we were wondering in what stage of life you are in right now and eventually, which is the best life stage (for you) to spend in Japan. Maybe some of you think “hey, I love it here and I want to stay forever” but I am sure some of youthought at some point that as soon as xyz happens, you want to return to your country because Japan does not seem to fulfill your needs in that respect.

60 people from 25 countries between 20 and 55 years took part in our little online survey. Of those 60 people, 40 people were between 20 and 35 years old and around 70% of all participants were female. 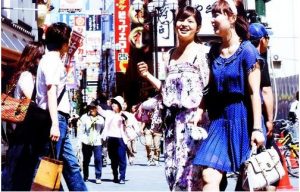 When is the best time to live in Japan? The result showed one very clear loser but participants could not decide on a clear winner.
According to our participants, being a single while in Japan is as favorable as being in a relationship. M. from the Philippines wrote that she thinks “being single in Japan gives you time to explore about the culture and time to discover more about yourself”. Since most foreigners live in metropolitan areas, many praise the advantages of living as a single in a bustling city like Tokyo where you find unlimited opportunities; “It easy to find work if you come from English speaking countries and the entertainment and safety make it a great place for being single” and “there are lots of restaurants and bars for single people and young couples to enjoy”.

Being in a relationship does not seem to limit the possibilities but can instead be an even bigger advantage because “it is also fun to do things with people you love” and “Japan has many places to explore and is a great place with a partner”. One woman from Poland adds that, “As a single is very hard to find friends in Japan. As a couple you have always somebody who supports you”. Tokyo is known as one of the biggest and, unfortunately, as one of the most expensive cities in the world, so one participant mentions that “couples can save money by sharing the apartment price and it seems romantic to live together in a foreign country”.

Surprisingly, being single or in a relationship seemed to be the favorable status when in Japan but not because you can only have fun as a “young, free-spirited and childless” person but because most survey participants fear that raising children in Japan is too straining because of cultural and structural obstacles and the infamous Japanese work-life balance. For this reason, coming as a family to Japan was voted as the least desirable situation. H. from Germany fears that “the school system is not so good in Japan, as well as the work-life-balance and the pension system”. L. from Canada criticizes that the Japanese “work life balance makes it difficult to raise a family. Child rearing is heavily put on the mother’s shoulders”. Lack of daycare and the need to pay an expensive babysitter when one wants to make use of the unlimited possibilities in Tokyo is also noted. Without doubt, Tokyo offers an abundant list of things to do also for families but taking part in those activities as a family can put a strain on your finances. Moreover, many feel that as exciting and big as Tokyo is, “everything is too crowded for a family” and there are “restrictions such as the difficulty to own a car, dependence on public transport etc” as well as the fact that “children may be exhausted by the crowds and fast pace”. 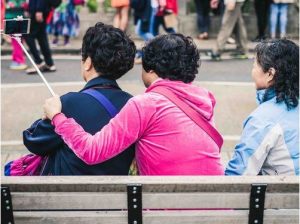 Being a senior in Japan was thus rated as slightly more favorable than being a family. One participant mentions that “community centers have a variety of group activities for seniors” and that seniors can “enjoy onsens, free transportation, medical care and healthy food”. Or as M. from the Philippines concludes “as for being a senior, I always see seniors on their own and just having the time of their lives in Japan”. Japan’s society is becoming older and older and to tackle the problems that arise with this development, Japan surely tries to make things easier for seniors. But as one Canadian doubts, being a foreign senior “would make it difficult to access the services that come along with it” and integrating into Japanese society can also become more troublesome as one gets older.

So can we conclude now that only singles and couples should come to Japan and will have the the time of their lives? Of course not! As one woman from Estonia concludes “what matters is how one sees and manages itself and what makes itself happy”. Everyone has very different perceptions of what makes us happy and how life should be. Some favor being single and going out 7 days a week. Other enjoy Japan with their partner or families. And some seniors go on senior tours and travel the whole world (and look so energetic while doing it).

A reminder to let you know that if you are looking for an accommodation in Japan, our portal JapanRoomFinder.com has  plenty of apartments and rooms in share houses available all over Japan. Send us an enquiry if you like one of them.