Japanese Valentine’s Day is celebrated differently from everywhere else, and there are a few things to keep in mind before joining the celebration.

For most of the world, Valentine’s Day is a day for romantic gestures and gifts, but in Japan, that’s not really the case. Or at least, that’s not the entire case.

In Japan, Valentine’s Day is a day that’s evolved to something more akin to how Christmas is celebrated in the West — meaning, there’s a much bigger focus on the gift-giving part than actually going on dates or focusing on your partner. It might sound a bit unusual, but there’s actually a lot of meaning behind everything. So let’s take a look at the unique way that Valentine’s Day is celebrated in Japan.

The history of Valentine’s Day in Japan 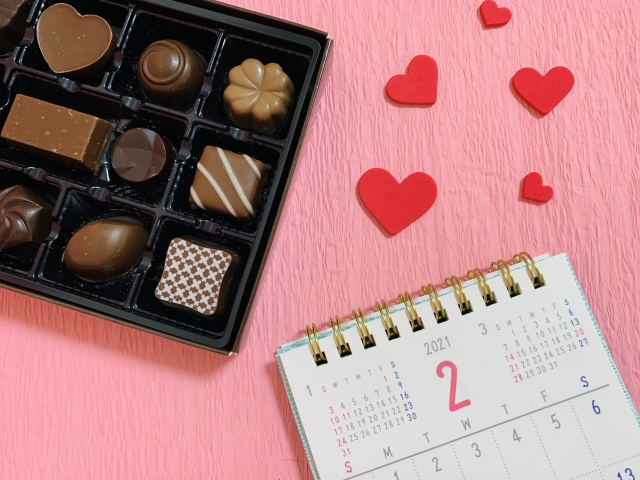 Valentine’s Day is relatively new in Japan. People didn’t start giving out gifts specifically for Valentine’s Day until around the 1950’s, whereas in the West, mass-produced cards and heart-shaped chocolates were already around during the 19th century.

The reason that Valentine’s Day was brought into Japan was because of the efforts of a Japanese department store and a Japanese confectionery company who wanted to use it as a means to promote their products. The department store held the very first Valentine’s Sale in Japan, and the confectionery company also urged Japanese women to buy heart-shaped chocolates as gifts for men. This “women giving gifts to men” idea caught on and is why things continue to be celebrated this way in the country, almost 70 years later.

After around 20 years since Valentine’s Day became mainstream in Japan, a similar celebration called “White Day” was promoted by the Japanese National Confectionery Industry Association. It takes place every March 14th, and it was a way to encourage men to return the favor to women by giving them chocolates or other sweets. So you might be pleased to know that it didn’t stay one-sided — this gift exchange between men and women still continues to this day. 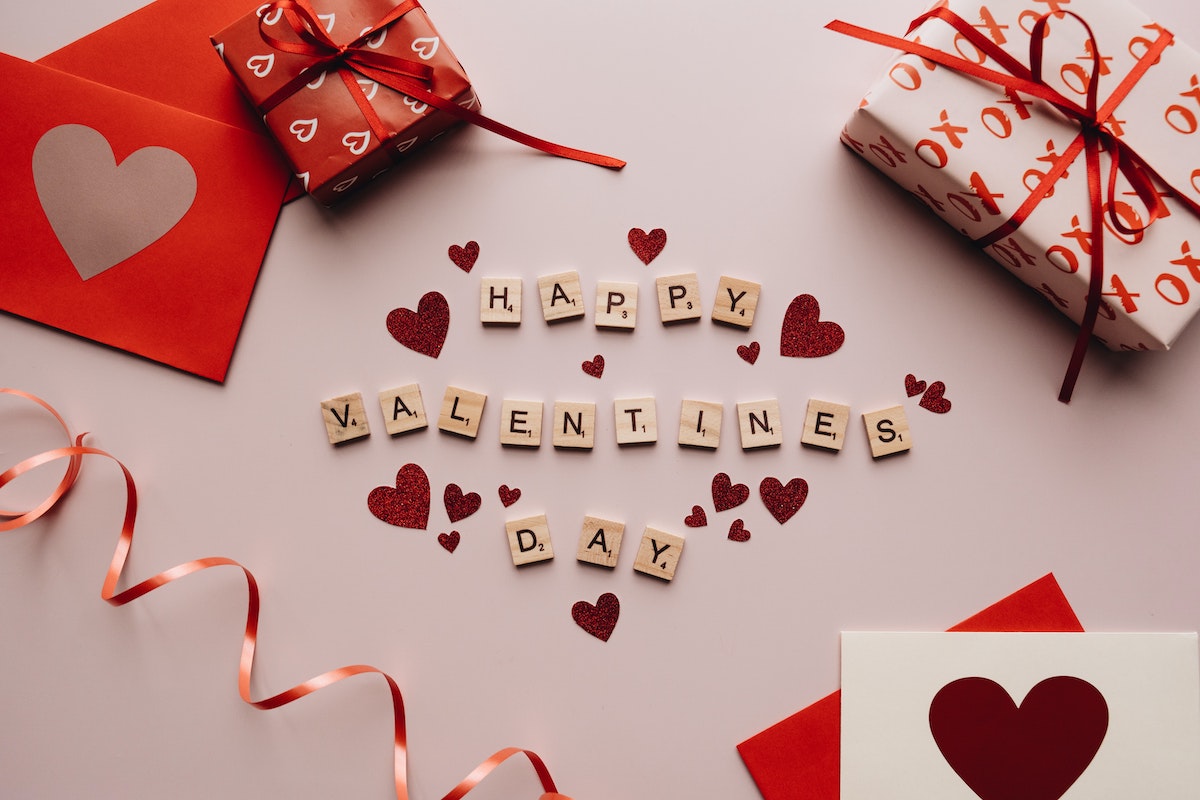 Since the way it started in the country was rooted in giving out chocolates, this is still the tradition for picking out a Valentine’s gift for a majority of the people in Japan.

Contrary to how it is in the West, giving a gift on Valentine’s Day is not limited to those who are romantic partners. What this means is that, while it’s common for women in Japan to give chocolates to their boyfriend or husband, you will also encounter women giving chocolates to people like their co-workers or bosses or friends. We’ll talk about the different categories of chocolates (all of which are called by their own distinct names) in the next portion, but for now, we’ll talk about the other types of common Valentine’s Day gifts in Japan.

Related to the popularity of chocolate on this day, other types of sweets are also a common choice. This could be something like heart-shaped cakes or other dessert items. Because of their red color and similarity to the heart shape, strawberry is a popular flavor on Valentine’s Day too. You’ll often find bakeries or department stores lining up their displays with either chocolate-flavored desserts or strawberry-flavored desserts once early February rolls around.

Another gift option that’s a little less common but something that’s gaining popularity recently is jewelry. Again, they’re often heart-shaped and sometimes couples will also buy matching pieces of jewelry that they can wear together.

Flowers, on the other hand, aren’t really something that’s associated as a Valentine’s Day gift in Japan since it’s the women giving the gifts on this day. They’re also more associated with being Mother’s Day gifts, so it’s on that day where you’ll see lots of shops bringing out specially designed flower bouquets or boxes instead. 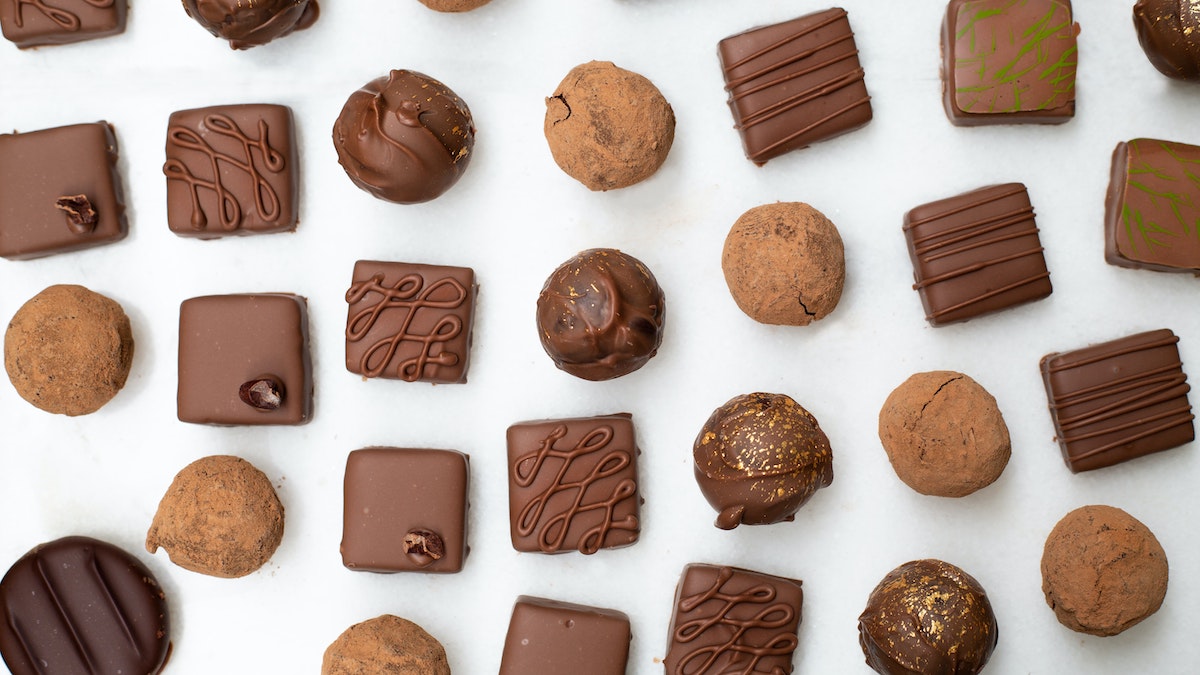 When it comes to the gift giving traditions in Japan, you can really say a lot simply based on what kind of gift you give, and Valentine’s Day is no exception.

The categories of Valentine’s Day chocolates in Japan are separated based on who you’re planning to give it to. We’ll discuss the name of each category and how this affects the type of chocolate that you’ll give.

Giri choco (義理チョコ) – First we have giri choco. The name directly translates to “obligation chocolate”, and this is for people who aren’t your friends or romantic partner, but someone you have an obligation to. Most commonly, giri choco are given out to men in your workplace, such as co-workers or a boss. However, in some cases, women can also choose to give it to male acquaintances they have a working relationship with, or someone like a next door neighbor or a landlord.
For giri choco, it’s generally accepted to give small, inexpensive chocolates as a gift because of the nature of the relationship. This also means that when they buy chocolates for the women on White Day, there isn’t an implication of needing to spend too much to reciprocate the favor.

Honmei choco (本命チョコ) – Next is honmei choco, which translates as “true feelings chocolate”. This is the category of chocolate that you might normally associate with Valentine’s Day, that is, a gift for your significant other. Sometimes, for the younger Japanese girls, they use this opportunity to express their feelings to a guy that they like. For those who have a boyfriend or a husband, however, women typically reserve the more expensive chocolates for them. In some cases, if they want to make it more personalized, they also choose to make the chocolates themselves.

The next categories are considered to be less popular than the first two, but are still practiced nonetheless.

Tomo choco (友チョコ) – This is the chocolate given to male friends in Japan, and the name comes from the first part of the word “tomodachi” (友達) or “friend” in Japanese. Similar to giri choco, it’s typical to go with something store-bought and inexpensive for friends.
Jibun choco (自分チョコ) – This gift category doesn’t have another person as the receiver, and is instead chocolate you buy for yourself, which is what the name means. This trend emerged more recently amongst women who might just want to treat themselves with something nice on Valentine’s Day.

Now that you know how Japan celebrates Valentine’s Day, how are you going to celebrate it?

6 Japanese Household Ingredients You Need in Your Kitchen

Ready to take a stab at Japanese cooking but not quite sure where to begin? Check out this simple guide on 6…
By Michele Tanabe • July 29, 2022

Oddly shaped, well-cushioned, and protected in fancy packaging – fruits in Japan can shock tourists because of their hefty price tags. But…
By Hana Otsuka • July 18, 2022

How to Dispose of Bulk Garbage in Japan

Did you know that you need to pay to get rid of trash in Japan; hence, many opt to give away second-hand…
By Hana Otsuka • July 11, 2022