Spring Equinox Day is approaching, but what does that mean exactly, and what do Japanese do to celebrate it?

Shunbun No Hi 春分の日 is Spring Equinox Day. This is not to be confused with Shuubun No Hi 秋分の日, which is Autumn Equinox Day. You can use the acronym “shunkashuuto” 春夏秋冬, the alternate readings of the kanji for spring, summer, fall, and winter, to remember which is which.

If you noticed Shunbun No Hi written in red on your calendar and were wondering what it meant, the kanji characters will give you a hint. “Haru” 春 means “spring,” and “bun” 分 means “divide.” Essentially, Shunbun No Hi is the seasonal divide between the winter and spring seasons. On this day the hours of daylight and hours of darkness are equal. Shunbun No Hi was established as a national holiday in 1948, but it falls in the exact middle of an older holiday period called “Haru no Higan” 春の彼岸 that dates back to 1878.

When Is Shunbun No Hi?

The National Astronomical Observatory of Japan 国立天文台 determines the exact date of the spring equinox from year to year. The general rule is that it falls on March 21, except for on Leap Years or the years immediately following. 2020 was a Leap Year, which means that this year’s Spring Equinox Day falls on March 20. 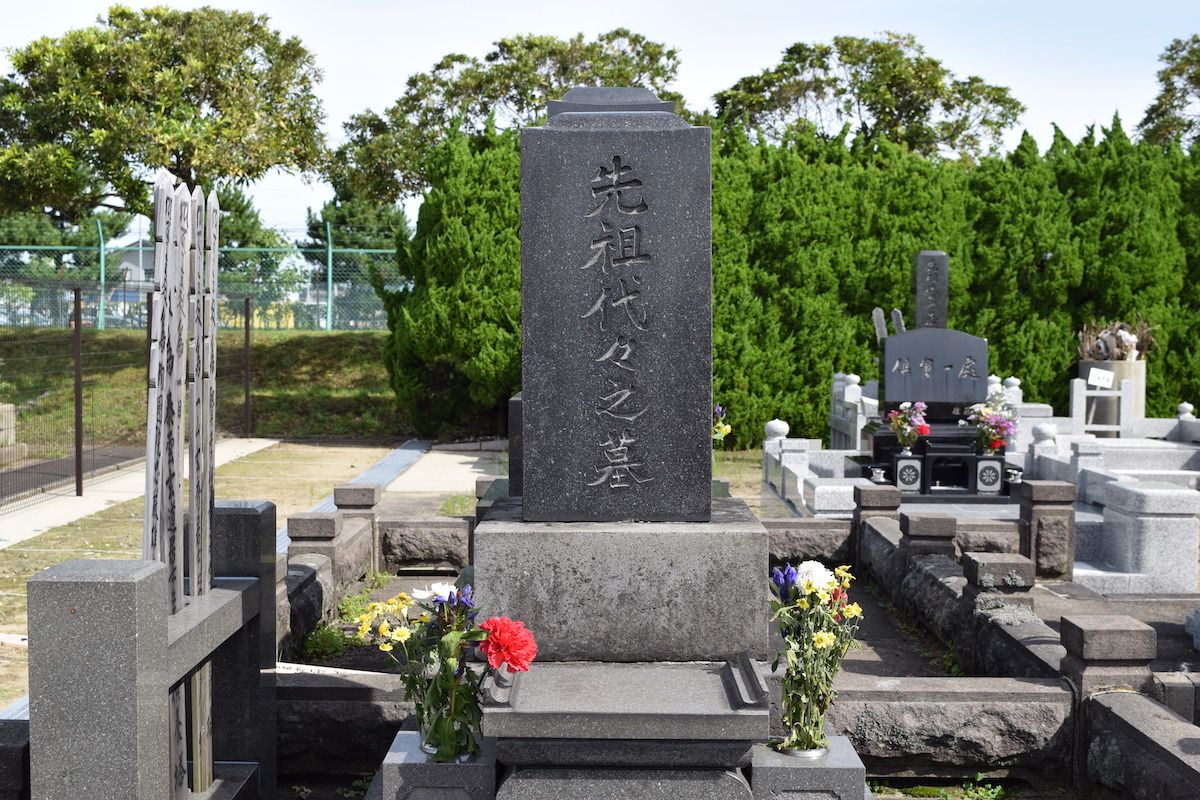 Over the holiday, many people visit and care for the family grave.

According to Buddhist belief, grandpa and grandma and all those who have died actually go on living, but they are divided from us by a great river in “That World” あの世, while we remain in “This World” この世. The west bank of the river located in their world is called “Higan” 彼岸, while the east bank located in our world is called “Shigan” 此岸. On both the spring and autumn equinoxes, the sun rises due east and sets due west, bringing the two banks as close as they will ever get. This is why on “Haru no Higan” in the spring and “Ohigan” in the autumn, it is customary for people to visit their families’ graves and leave food offerings for their ancestors.

When Does Spring Begin? 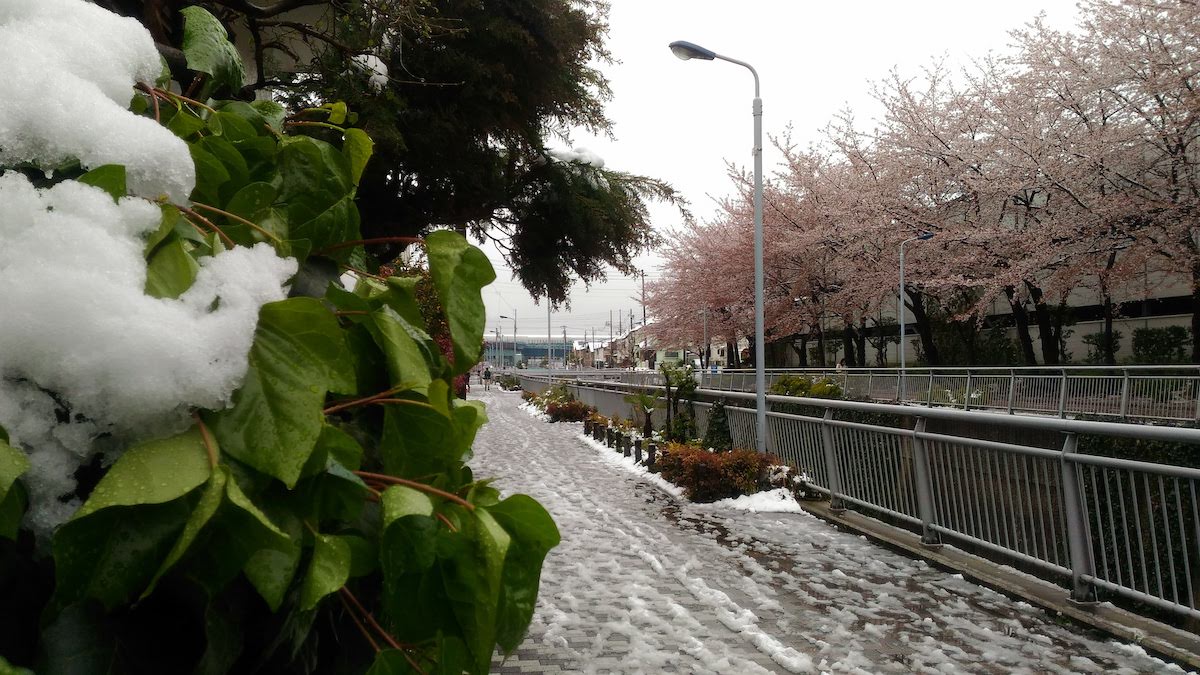 Risshun 立春 is the first day of spring according to the lunisolar calendar, but even Tokyo can get snowfalls in February and early March. By the latter half of March, however, things usually begin to warm up, giving rise to the saying:

Soon after Haru No Higan, cherry blossoms begin to bloom, which really makes it feel like spring has begun!

How Is Shunbun No Hi Celebrated?

The Spring Equinox falls right around school graduations as well as the end of the fiscal year, so it is seen as a season for starting something new, such as learning a new skill (or joining an online ZOOM class!). Some people take it as a chance to organize and to get rid of things they don’t need. If you have not yet read Marie Kondo’s book, The Life-Changing Magic of Tidying Up: The Japanese Art of Decluttering and Organizing, why not give it a try? It was named one of the most influential books of the decade, and it might just help you with your spring cleaning! 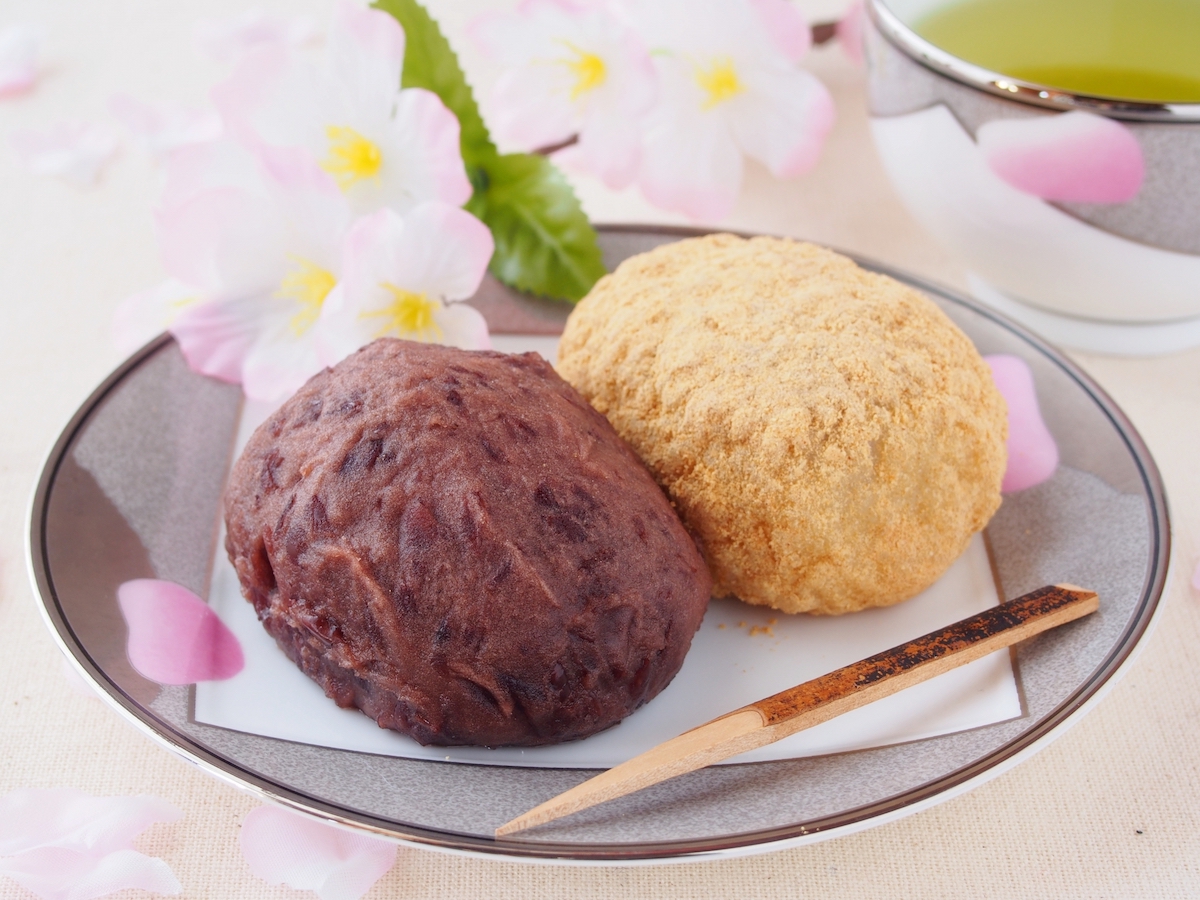 Of course, no holiday would be complete without delicious and symbolic foods. Here, we will introduce the top three for Shunbun No Hi.

Probably the most closely associated with Shunbun No Hi is “bota mochi,” the funny-looking mochi rice cake covered in mashed azuki beans. You may be familiar with another subtly sweet dessert called “ohagi.” Here’s a secret: they are actually one and the same! The only difference is that ohagi is eaten in the fall, and perhaps that it may tend to feature whole azuki beans, rather than the smooth paste used for bota mochi. The light tan version in the photo above is mochi rice cake rolled in a kinako (soybean powder) and sugar mixture, with azuki on the inside. You may also have seen a green one rolled in “aonori,” which is powdered seaweed. 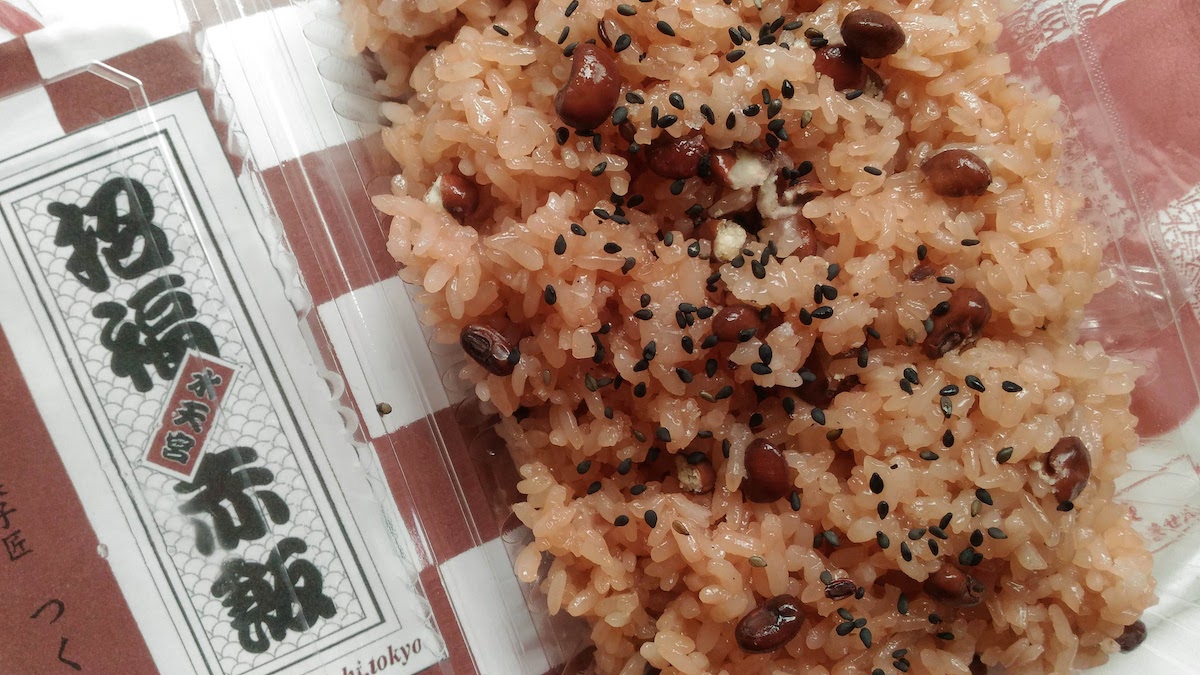 Since azuki beans are believed to ward off ill will and evil spirits, bota mochi is a perfect dessert for the start of a new season. For the same reason, “sekihan” or “osekihan” (with the honorific “o”) is also eaten on Shunbun No Hi. It is made from azuki beans and mochi rice. Osekihan is eaten on many other celebratory occasions, including New Year’s, Coming of Age Day, Momo No Sekku, Tango no Sekku, Obon, Respect for the Aged Day, Autumn Equinox Day, and New Year’s Eve. 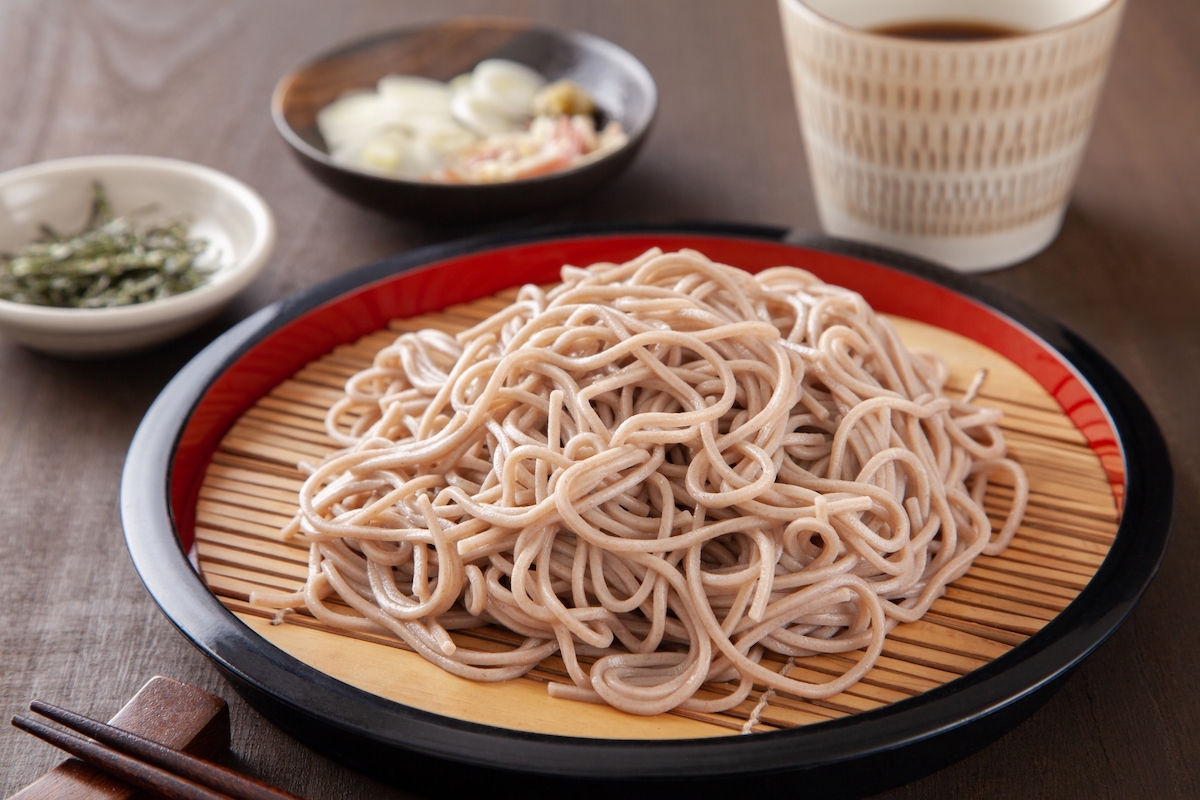 Meat-free soba is a good choice for this holiday, with its close ties to Buddhism. 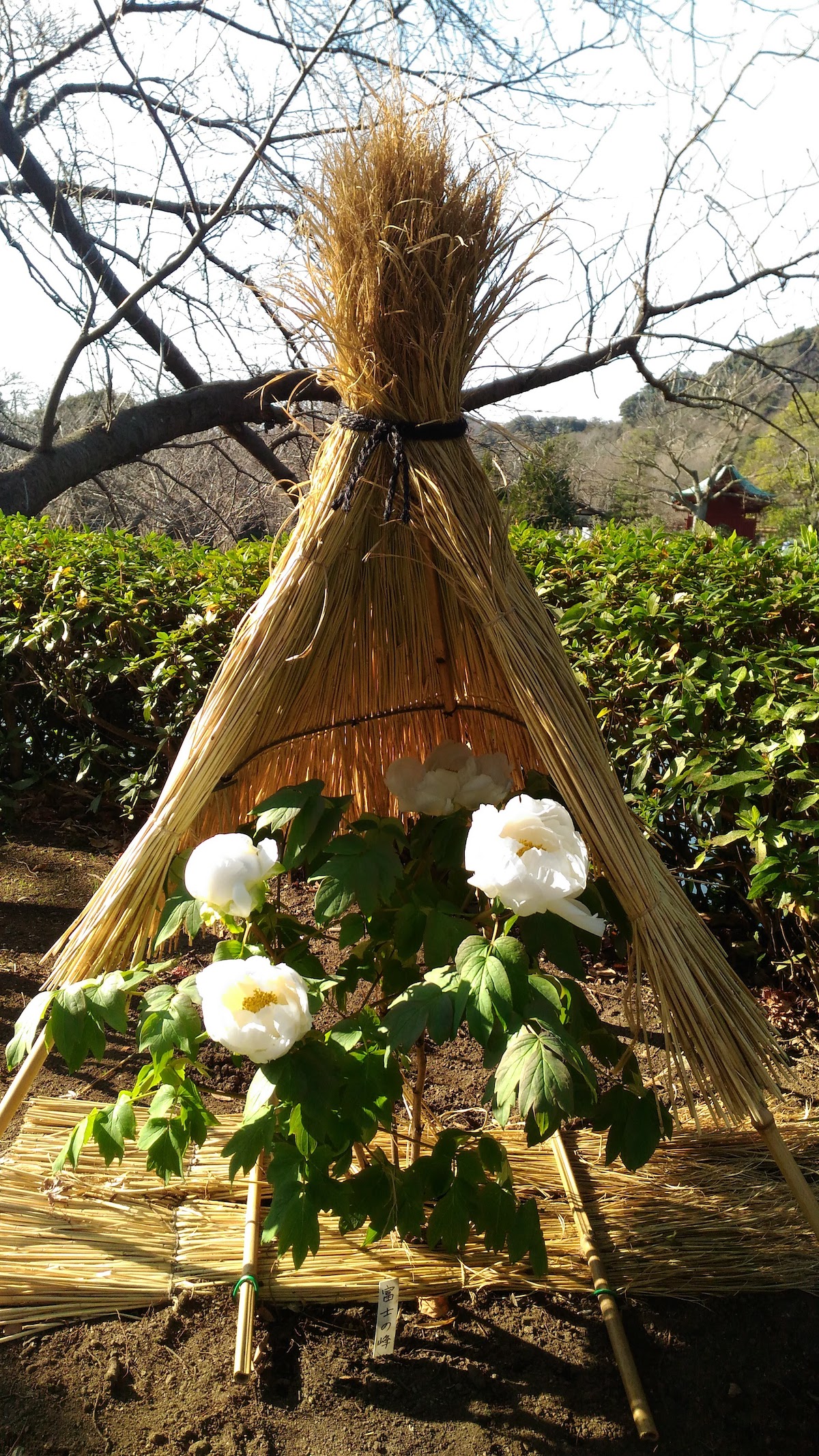 Peonies are sheltered from the cold with rice straw umbrellas in the winter.

Spring Equinox Day was officially established as a day for people to “appreciate nature and living things.” After spending all winter (and all of 2020!) indoors, do you need any more excuses to go out and enjoy the balmy temperatures and blooming spring flowers?

Although they bloom in mid-April, peonies are commonly associated with Shunbun No Hi because bota mochi is actually written “botan” 牡丹 mochi in kanji, “botan” meaning peony.

Ueno Toushougu Peony Garden is the most famous spot in Tokyo to see these beautiful, fluffy blooms, but unfortunately they have already closed for this year. On the other hand, Tokyo Peony Garden will be open from April, so you still have time! Ironically, it is located not in Tokyo but in Ibaraki Prefecture, accessible by the Tsukuba Express and local bus. 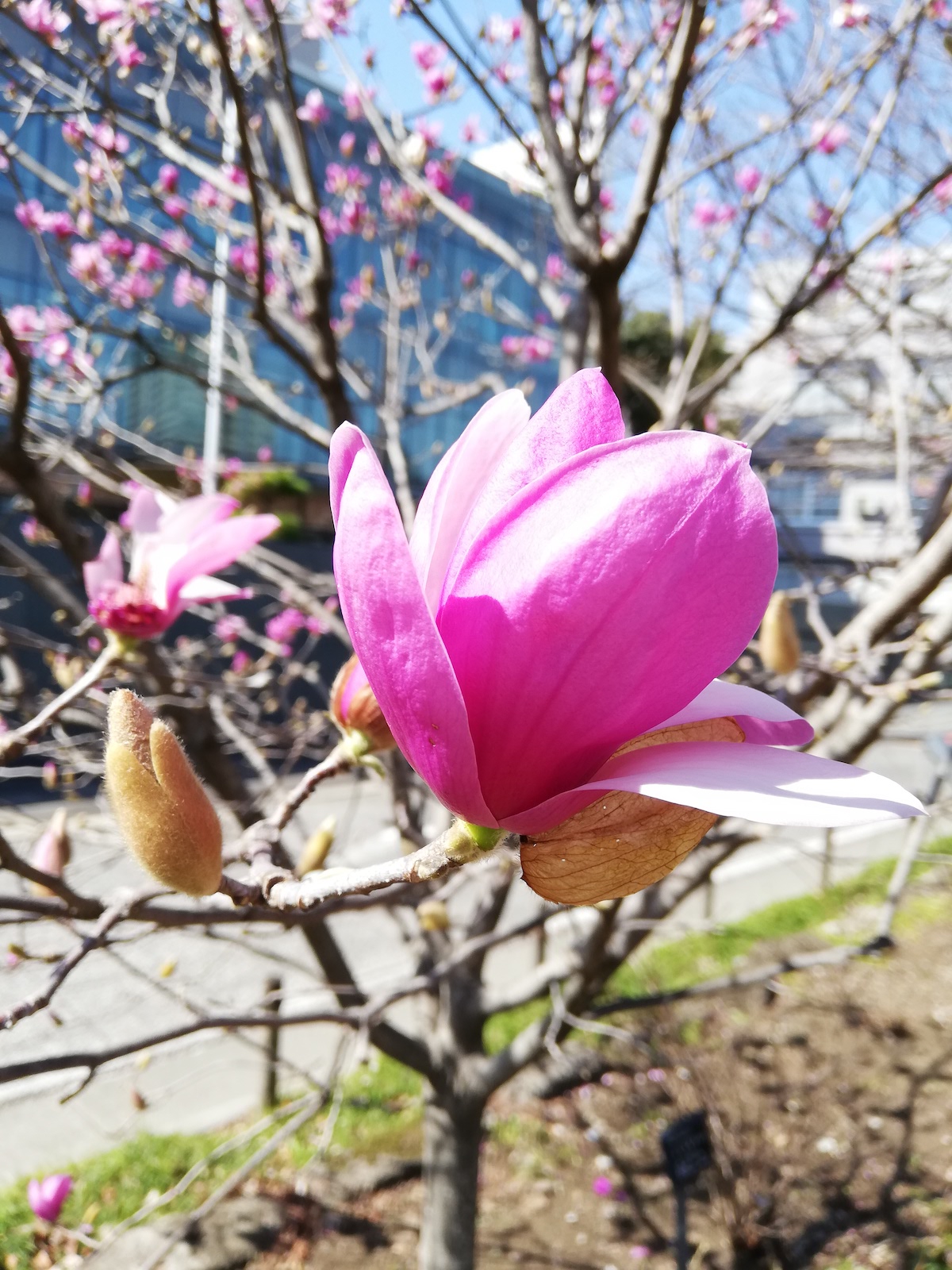 Purple Japanese Magnolia are called “Mokuren” 木蓮. They bloom in March and are considered heralds of spring. Since they sport the two celebratory colors of red(dish purple) and white, they are even more well-suited to this festive season.

You can see mokuren just as you walk around town, so keep your eyes out! There is another type that is pure white, which is also beautiful. Both types are smaller than the sweet-smelling Magnolia grandiflora common in the US.

Over To You! It’s hard to believe, but we are already almost a quarter of the way through 2021. If you need a little breather, if you have lost sight of your goals, or if you need a little motivation, why not take this month’s holiday to refresh, reset, and refocus? Ask yourself, what is one new thing you would like to start this spring? (Hint: a celebration involving mochi rice cakes, soba, and a visit to a flower garden might be a good place to start!)