Top 8 Areas to Live in Tokyo for Families

Tokyo is one of the safest cities in the world, but that doesn’t mean everywhere in the city is family-friendly. This guide will introduce you to 8 of the safest, quietest, most liveable areas in Tokyo, perfect for families.

Tokyo is one of the safest cities in the world, but that doesn’t mean everywhere in the city is family-friendly. If you aren’t familiar with the city, it can be easy to accidentally stay in an area that looks fine during the day but changes tone at night. Fortunately, the eight areas in this guide are some of the safest and most liveable for families, with good schools, plenty of parks, and quiet streets. 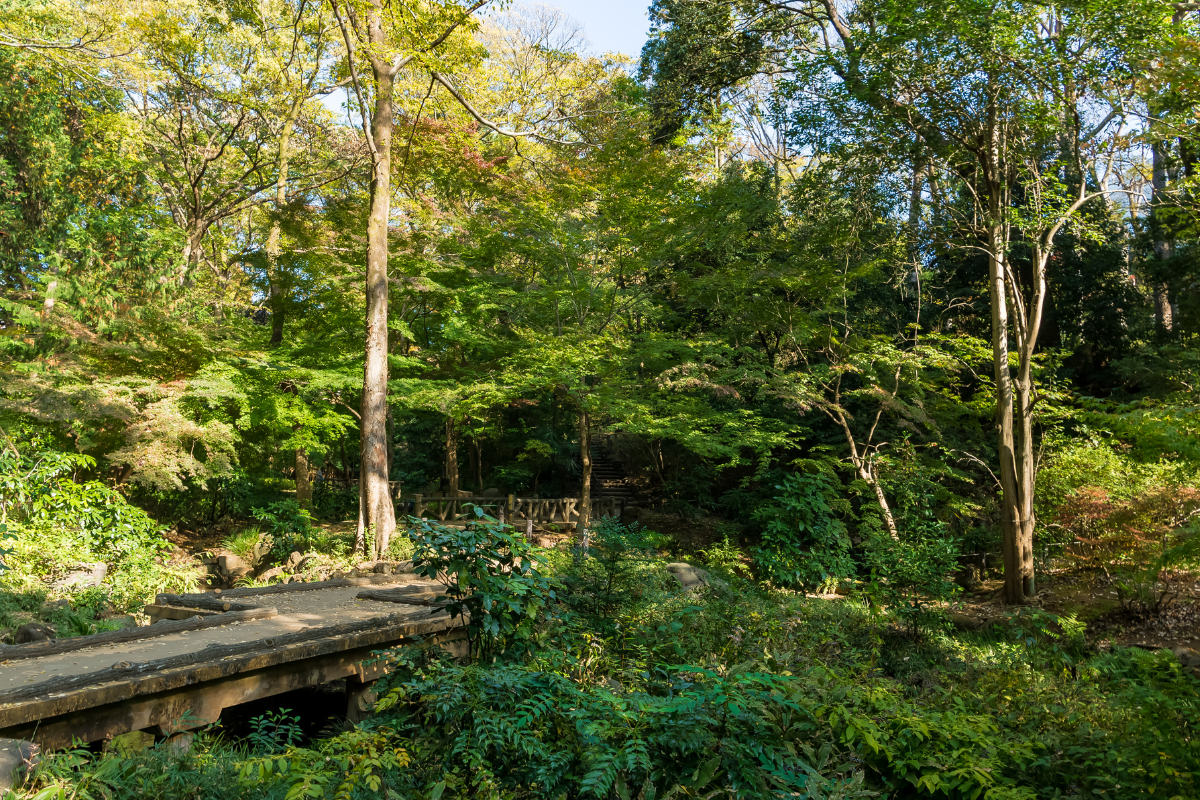 This is one of the more expensive and international districts of Tokyo, due to its many nearby embassies. However, if you want international services, then this is the best place to live. The National Azabu grocery store, while pricy, has familiar foods from the US and Europe, which cannot be found anywhere else in Tokyo (I get corn tortillas there!) 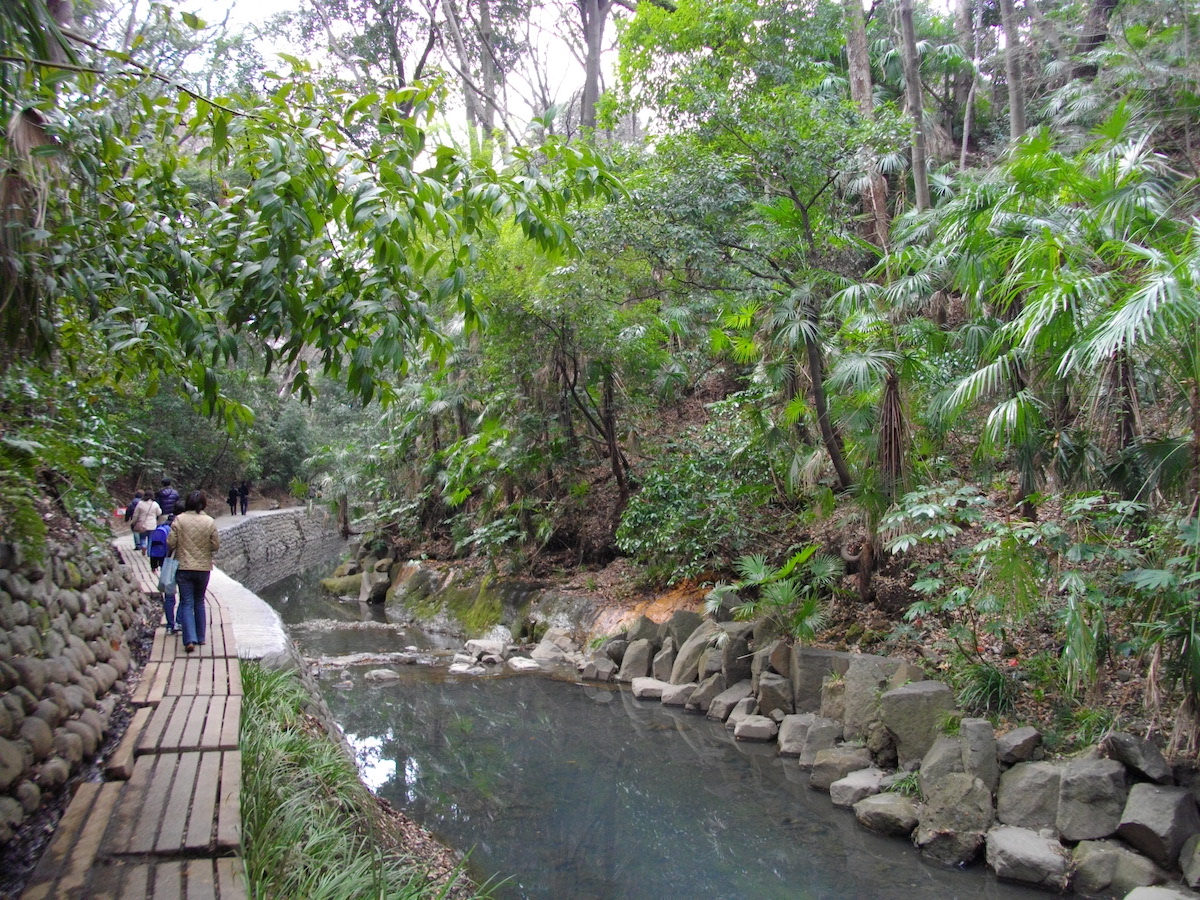 To the east of Sangenjaya lies both Kodomonohiroba Park, which has a playground for children, and further on, Setagaya Park. Setagaya park is great for the whole family; it has baseball fields, a pool, tennis courts, an archery range, and even a small locomotive that takes children around the park. The area is also popular as a cafe hotspot, with unique coffee shops on every corner, including Cafe Obscura, Seven, Cafe Mamehika, and Moon Factory.

This area still maintains some of the feel of a university town. Located along the Toyoko line, the area gives access to the Yokohama line, while its proximity to central Tokyo and Shibuya also provides connectivity to more centrally located schools like the British School in Tokyo. It is also located next to more premium areas like Jiyugaoka and Nakameguro—but doesn’t have their price tags.

This residential area still maintains some of old Tokyo’s nostalgic atmosphere, with low-rise buildings and the longest shotengai (covered shopping street) in Tokyo. The shotengai, called “The Palm” has nearly 1 km of chain stores, cafes, supermarkets, and drug stores, making shopping easy. The nearby Rinshi-no-Mori Park has plenty of playgrounds, as well as a large space for playing ball. The area, despite its suburban feel, is well connected to the rest of the city along the Tokyu Meguro line. 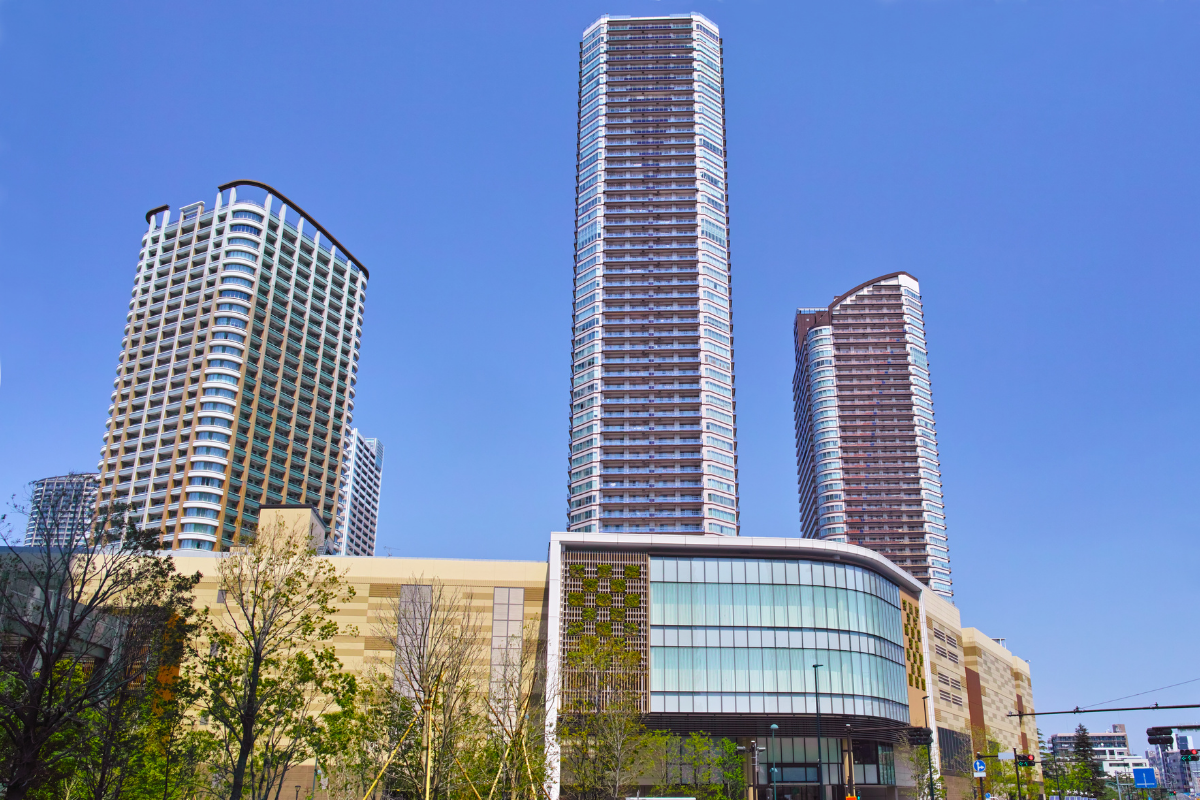 Not to be confused with the previous one, this recently rebuilt area has become a haven for internationals. The newly built Ito Yokado/Grand Tree mall is great for both shopping and families, with a rooftop garden and playground. The nearby Todoroki Valley provides even more green space, with a picturesque stream running between two forested slopes.

The rent in this district is cheaper than in Central Tokyo, but that doesn’t mean it isn’t well-connected. From Musashi-Kosugi, Yokohama International School is a convenient commute on the Tokyo Toyoko line, which continues on to the Minatomirai line. Central Tokyo is equally within reach, with Shibuya only 15 minutes away on the Tokyo Toyoko line. 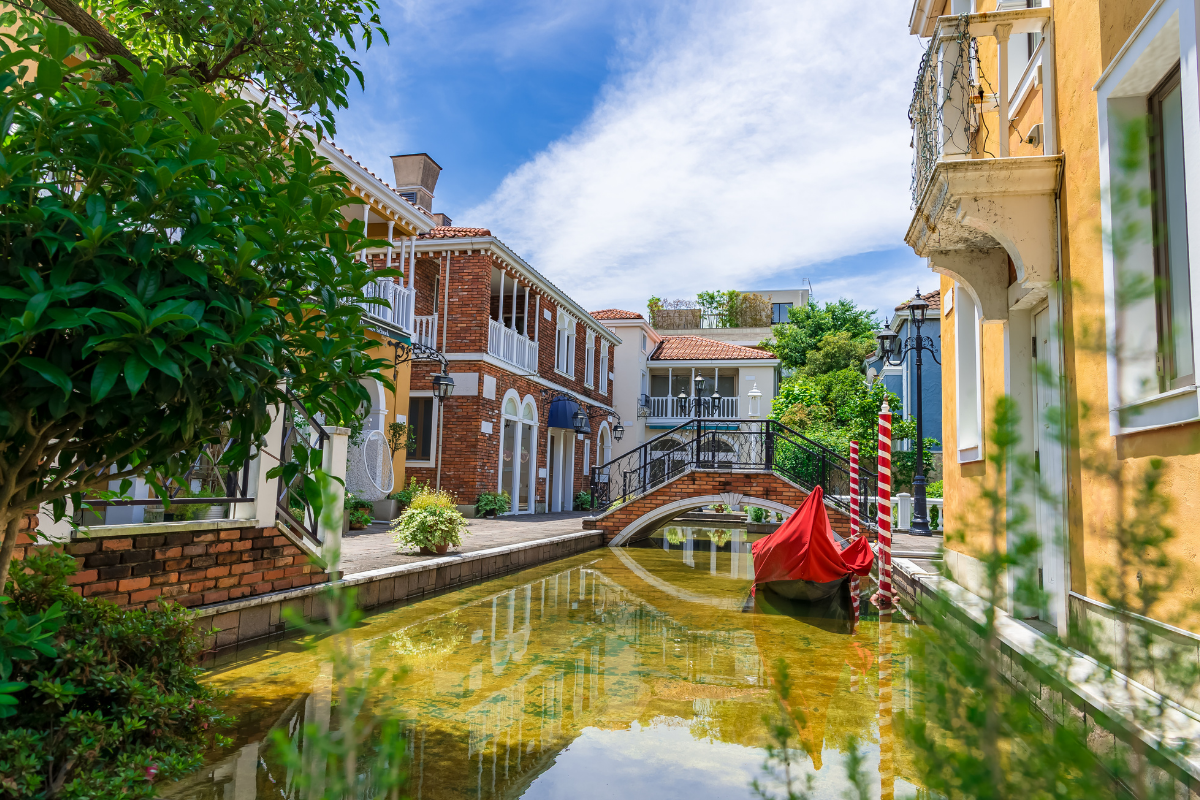 This cafe-filled area has the feel of a European town, with a tree-lined avenue, and even a little Venice, complete with a gondola. There are plenty of nearby playgrounds and parks, including the Jiyugaoka Playground Park and the Okusawa Nichome Playground Park. The Yokohama International School is also an easy commute on the Tokyo Toyoko line. 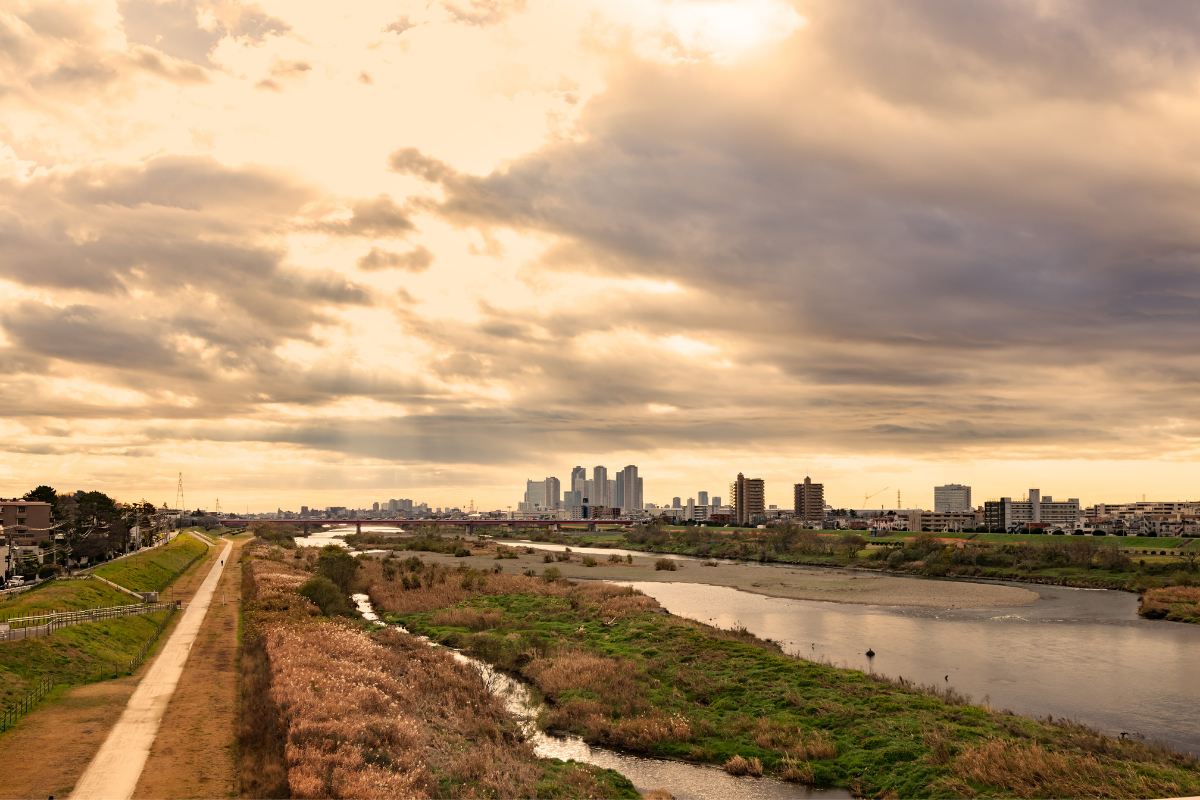 This upscale residential area is most popular for its proximity to the Tama river. In springtime, the river is lined with cherry trees, and an extensive bike/walking path. The river’s shores are popular with children for crawfishing. The riverside’s playgrounds, grassy fields, and baseball diamonds provide plenty of places to play. 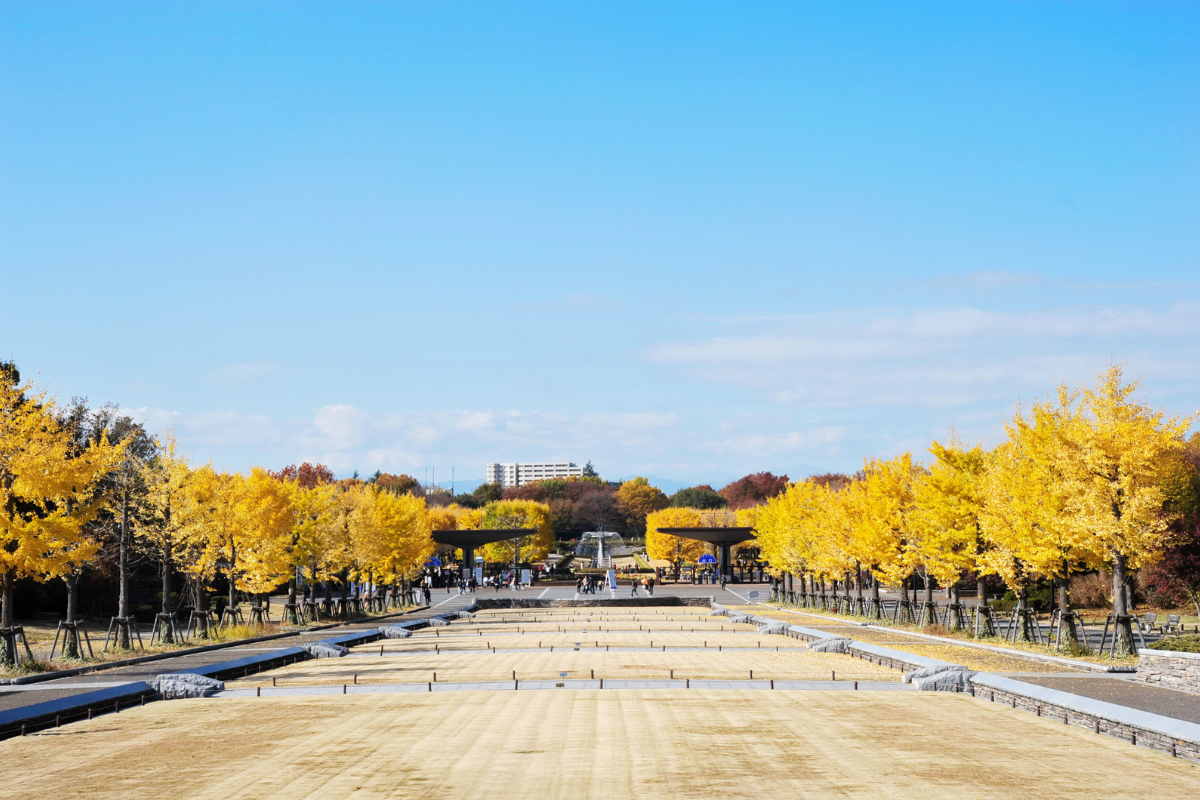 Tachikawa is a little outside of central Tokyo (around 30 minutes from Shinjuku on the Chuo line). However, what it lacks in connectivity, it makes up for in space. The main draw is Showa Kinen Park, one of Tokyo’s largest parks, with seasonal flowers and autumn leaves. The area is also home to an Ikea, perfect for furnishing the home. Although the area is more distant from schools more centrally located, it does offer convenient access to the international school Keimei Gakuen. Finally, rent is cheaper and the size of apartments and houses is larger than in central Tokyo, making Tachikawa a great place to live for those with larger families.