Despite Taito’s status as a major tourist hub, the area is surprisingly budget-friendly. It is also a multifaceted ward, with a neighborhood for everyone, from sleepy shitamachi to lively nightlife.

Taito, home to famous tourist sites like Asakusa and Ueno, is also a great place to live. Taito is Tokyo’s smallest ward, but despite its size it contains much of Tokyo’s history and tradition. It is home to the world-famous Senso-ji, the oldest temple in Tokyo, as well as many shitamachi — neighbourhoods that maintain Tokyo’s pre-war atmosphere. The ward is flanked on the east by the Bunkyo ward, which is home to Tokyo university (the country’s most prestigious), on the west by the Sumida river with a view of the Skytree, and on the south by the tech hub of Akihabara.

Why live in Taito Ward?

Despite Taito’s status as a major tourist hub, the area is surprisingly budget-friendly. It is also a multifaceted ward, with a neighborhood for everyone, from sleepy shitamachi to lively nightlife. This guide will cover the unique pros and cons of living in each neighbourhood.

Check out apartments for rent in Taito-ku 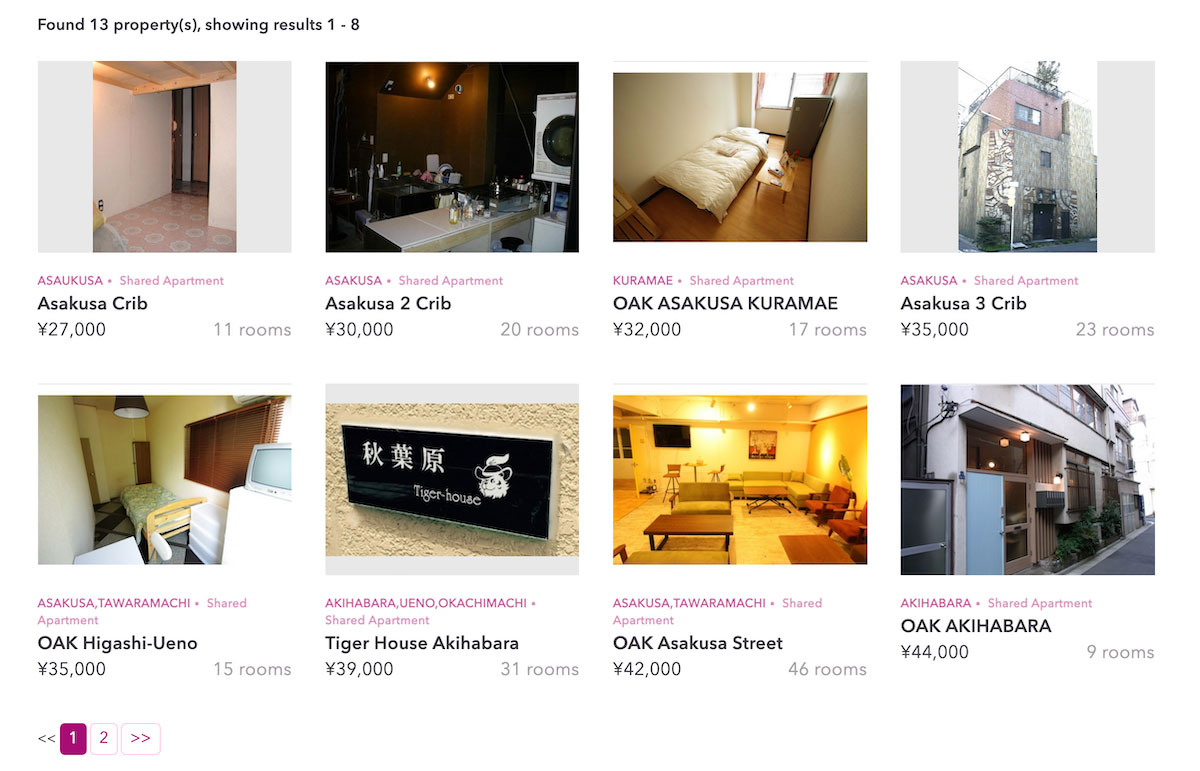 The Main Neighbourhoods of Taito Ward 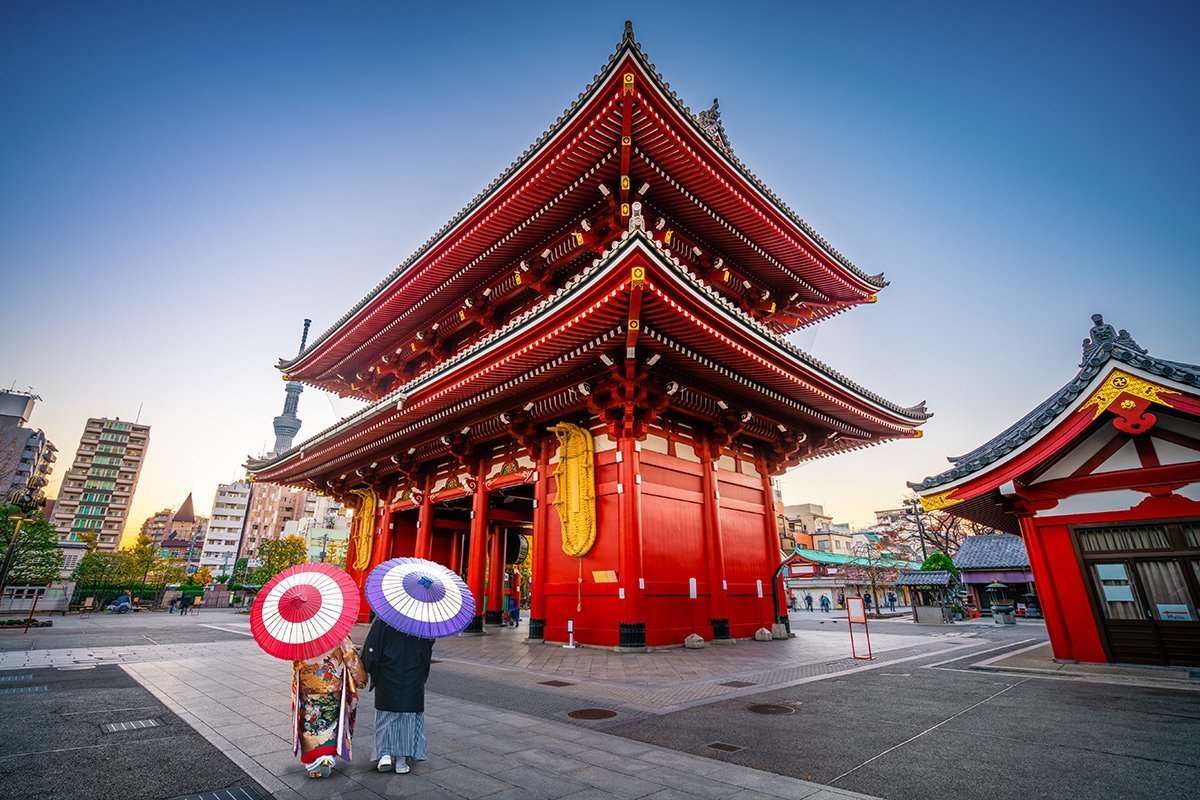 Asakusa is most famous for the landmark Senso-ji temple, which, during normal years, is flooded with tourists. However, away from the hustle and bustle of the main tourist area is a maze of low-rise shitamachi and traditional shopping streets, called shotengai.

The far west of the Asakusa area is lined by the Sumida river, which has jogging paths and a view of the Skytree. To the east lies a residential area, as well as Kappabashi, a street famous for selling high-quality cooking ware.

Kuramae is located to the south of Asakusa, with the Sumida river running along its western-most border. This neighbourhood has a long history of craftsmanship, including traditional toy shops and confectionaries.

More recently, the area has seen a resurgence of creatives and young designers, due to the low cost of living. Kuramae is a fun area, close to Asakusa, Ueno and Tokyo Skytree, but still peaceful, and with its own creative flair. 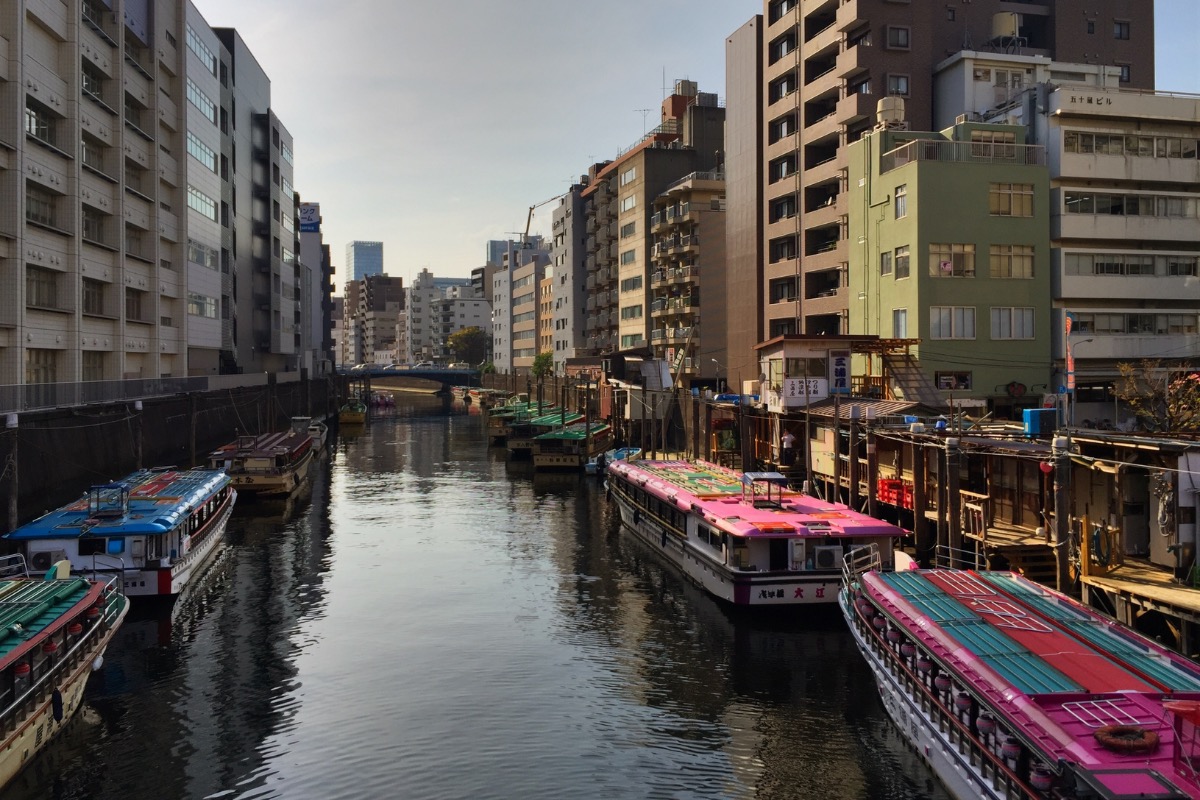 Asakusabashi is located in the south-western most corner of Taito, also flanked by the sumida river known for its many wholesale stores, and for its shops selling traditional Japanese dolls. Asakusabashi is close to the more expensive Akihabara, so it’s a great place to live for fans of tech or anime (for other great neighbourhoods for anime fans, check out this article). 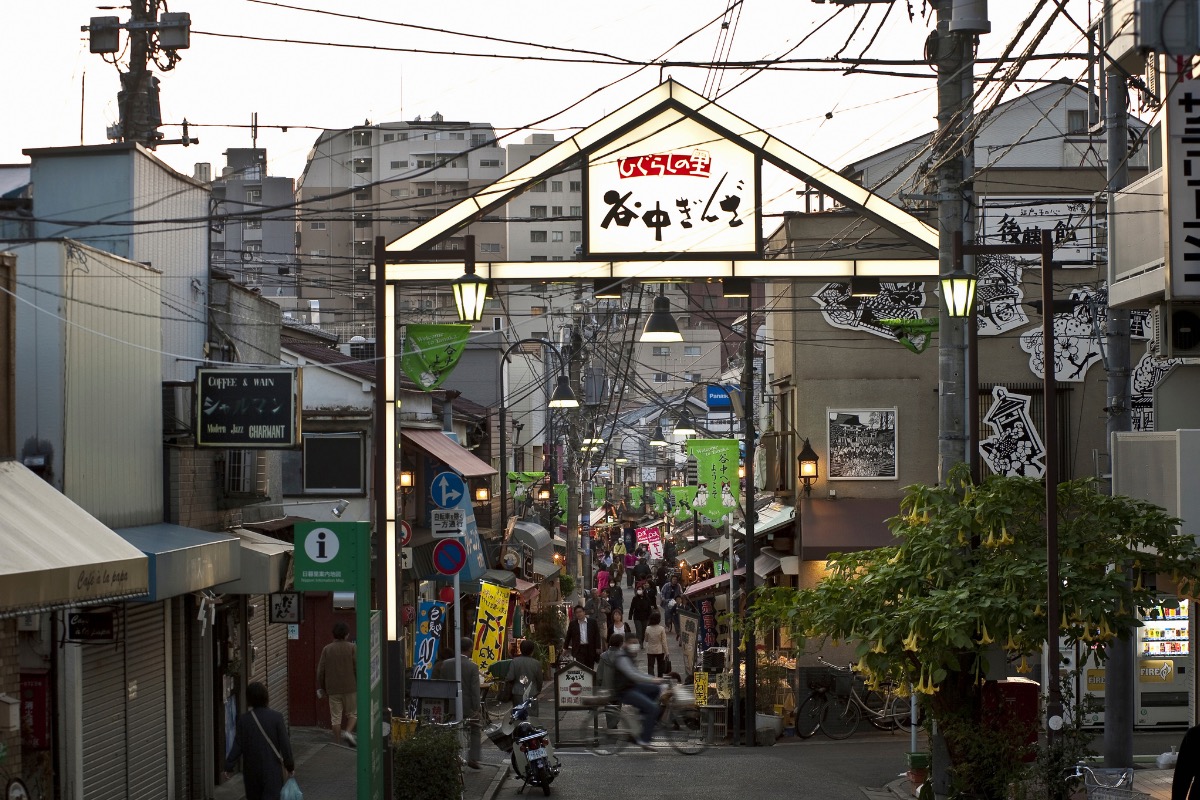 Yanaka is a low-rise shitamachi neighbourhood to the north-east of the Taito ward, bordering the Bunkyo-ward and above Ueno. It is home to the largest cemetery in Tokyo, and plenty of ghost stories to go along with, which decreases the rent of this area. Despite its negative connotations, the cemetery is beautiful in spring, when the cherry trees lining its avenues are in full bloom.

Yanaka also boasts cute, niche cafes like Nekoemon, a cat-themed coffee shop and its sister store, Yanakado ,which sells lucky maneki-neko. As the cafe’s theme implies, many stray cats inhabit the area’s winding alleys. If you enjoy the slow-paced side of Tokyo, then this area may be for you. 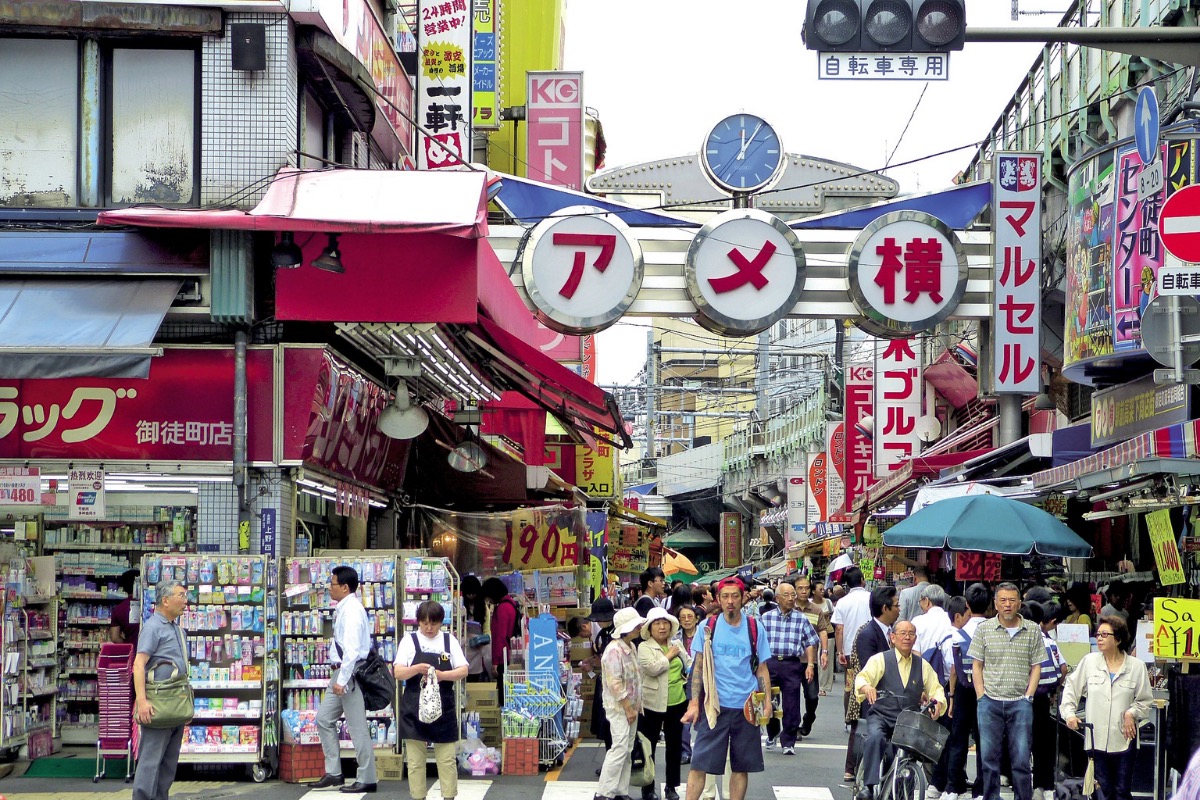 In sharp contrast with its northern neighbour Yanaka, Ueno is the least traditional — and most lively— of all the neighbourhoods, Ueno is a hub for transportation, culture and cuisine. The area boasts several museums, including the Tokyo National Museum, the Tokyo Metropolitan Art Museum and the Ueno Royal Museum. The station, one of Tokyo’s largest, is serviced by many train lines: the Yamanote, Keihin-Tohoku, Utsunomiya, Takasaki, Joban, Ginza, Hibiya and Keisei Main Lines, as well as several Shinkansen routes.

The area isn’t all hustle and bustle though: Ueno Park and Zoo offer tranquility and greenery. In spring, Ueno park is one of Tokyo’s best cherry blossom viewing spots, and in summer the park’s Shinobazu Pond is covered in lush lotus flowers.

Although Tokyo’s crime rate is significantly less than other cities around the world, it does bear mentioning that the Ueno area has a higher crime rate than other areas. It also has a fairly large homeless population, so it’s not a great area for families.

Between the Okachimachi and Ueno stations, winds the famous Ameya Yokocho, or “Ameyoko”, a popular shopping street lined with stalls, shops and izakaya. This area is renowned for its cheap shopping, with over 400 vendors sprawled through its streets, as well as Takeya, the oldest discount store in Tokyo. Although the neighbourhood has some more unsavory parts, recent efforts have been made to clean it up, making it more residential. 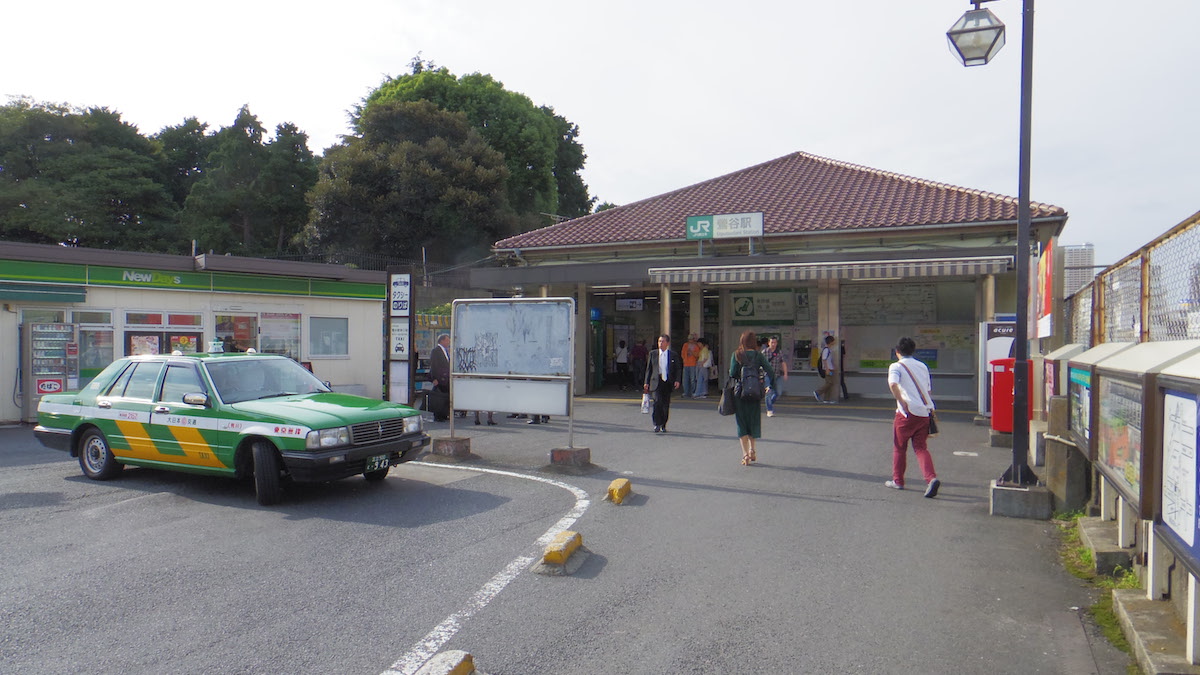 This neighborhood borders the north side of Ueno. It is near the Tokyo University of Fine Arts and contains the Uguisudani Music Campus, making it a popular area for students and creatives. There are two museums of note in the area, the Tokyo University Art Museum and the Japanese National Museum.

Although Uguisudani is a stop on the valued Yamanote line, rents around this station are cheaper than its neighbouring station Ueno. In fact, it’s one of the cheapest stations on the Yamanote circle. The reason such a centrally located station has lower costs is due to its well-known love hotel district, on the north side of the tracks. So, although the area is great for students and artists looking for a central location with lower rent, it is not the best for families.

Located between Uguisudani and Asakusa, this neighbourhood is one of the last bastions of Tokyo’s shitamachi. It has all the classic shitamachi staples: maze-like alleys, stray cats and lots of tiny temples/shrines. Unlike other shitamachi in Tokyo, this area has no tourist attractions, helping it keep its old-town charm.