In my previous post, I wrote how Norwegians and Japanese celebrate New Year’s Eve. This blog post will cover a season rather than a day. The season in question is…
By Tokyo Room Finder • March 10, 2020

In my previous post, I wrote how Norwegians and Japanese celebrate New Year’s Eve. This blog post will cover a season rather than a day. The season in question is spring. Both Japan and Norway has four distinctive seasons. Each of them has its own charm plus symbolism connected to them.

Japan has four distinctive seasons. The contrast between winter and spring in Japan varies with the city. Climatestotravel.com says that Fukuoka has an average temperature between 4 – 11 degrees Celsius (39 – 52 degrees Fahrenheit). This is warmer than in Tokyo and Sapporo. The latter city may experience snow during the winter.

This is not very common in Tokyo or Fukuoka. Fortunately, Sapporo has less rain than Tokyo and Fukuoka. Climatestotravel.com tells that Sapporo usually receives 3 – 4 inches (7,5 – 10 cm) of rain between November and March.

During December, the nights in Tokyo got longer. This did not surprise me since the same happens in Norway. What surprised me was how gray the landscape became. A lack of foliage combined with no snow made lively Tokyo duller. The Christmas lights were the brightest moments of December 2019 (pun intended).

This combination makes spring a much anticipated holiday. The day becomes longer in a literal sense. I have noticed that the nights are becoming shorter. The temperature increases as well. 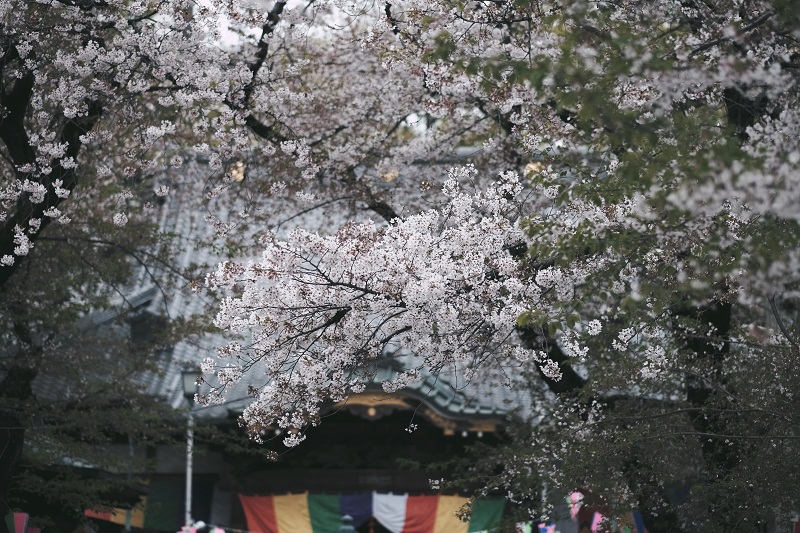 Celebrating the arrival of sakura and Easter

Both Norway and Japan have a distinctive holiday to mark the start of spring. In Japan, this is the arrival of the cherry blossoms. These are called “sakura” in Japanese. Bokksu.com says that Japanese people used to believe that gods existed inside the cherry trees.

It was not unusual to gather around trees in bloom to make offerings. Back then, poets often praised the sakura’s symbolism plus delicate nature. The worshippers at the gathering would eat the food and drink served there.

According to japanspecialist.co.uk, mainland Japan usually experiences this in late March to early April. These blossoms stay in bloom for two weeks until they wither. This short time period makes “hanami” (view of cherry blossoms) even more special. Livejapan.com says that this tradition has roots back to the Nara era (710 – 794 A.D.). In addition, the Chinese Tang Dynasty served as the inspiration for the flower viewing practice.

In the same time period, it’s Easter holiday in Norway. The Norwegian word for this holiday is “påske”. Nettavisen.no reveals that many Norwegians consider Easter as the second most important holiday of the year. During Easter, schools and universities are closed for about ten days. Many businesses shut down on Maundy Thursday, Good Friday and the first day of Easter.

Easter is a religious holiday. Churches often host special services during the Easter week However, few Norwegians attend these services. SSB told that only 4% of the population attended a church service during Easter 2018. These numbers have declined in the last couple of years. 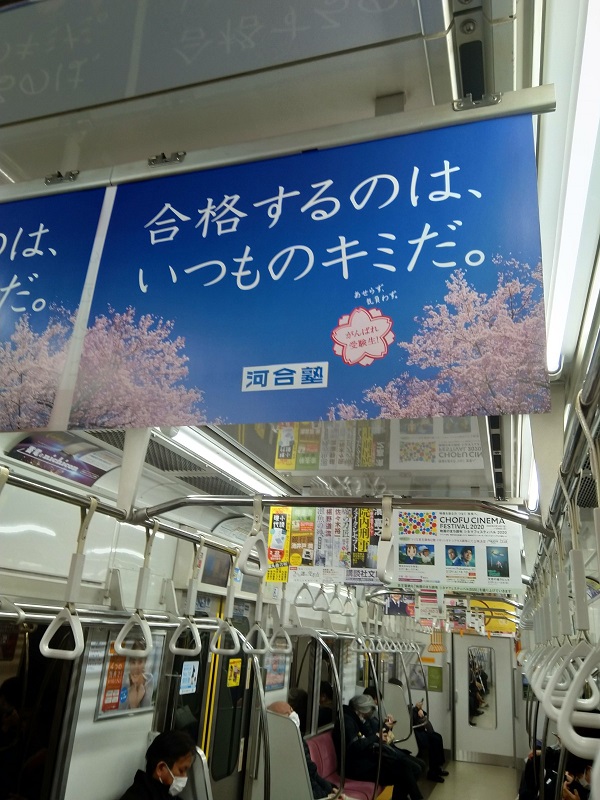 The evolution of hanami and Easter

Easter was no walk in the park in the late 1800s. According to Ann Kristin Moe, Easter back then was a serious affair. Adults often filled their shoes with sand. These shoes were worn until their feet started to bleed.

Children were not allowed to play on Good Friday either. Fasting from Maundy Thursday to the first day of Easter was a common custom. Thankfully, these traditions came to an end in the early 1900s.

Modern Easter is more about the family. It’s not unusual for families to visit relatives. Many university students travel back to their hometown during Easter. Many of my friends told me they often visited their extended family during Easter. Others went skiing at skiing resorts. Quite a few spent some of their Easter at “hytta” (a cottage).

The latter is a very famous Easter tradition in Norway. According to SSB, 50% of Norwegians celebrated Easter at a private “hytta” (cottage) in 2018. These cottages are often located near ski resorts. Mini holidays abroad are not unusual during the Easter break. In 2018, SSB could reveal that 23% of Norwegians would celebrate Easter outside of Norway.

Similar to Easter, cherry flowers have a strong philosophy connected to them. Bokksu.com tells that sakura is associated with “mono no aware” (物の哀れ). This translates to “the pathos of things”. “Mono no aware” is often used to express mujo (無常). “Mujo” translates to “impermanence”.

The tradition of “hanami” is not a new one. Bokksu.com tells that emperor Saga hosted flower-viewing parties with sake and food in the Kyoto Imperial Court. This made the unique quality of the sakura more noticeable.

Japanese people often go on a picnic or hanami parties when the cherry blossoms are in bloom. Even modern media features “hanami” in some way. Several animes such as “Love Hina” or “Sailor Moon” features episodes centered around this tradition.

The cast often attends/arranges hanami parties in a chapter or an episode. However, “Hanami” is not only reserved for teenagers. Livejapan.com tells that companies often send junior members to secure a spot. It’s not unusual to drink alcohol during “hanami” either.

Cashing in on sakura and Easter eggs

I found the buildup to sakuras impossible to escape. Firstly, many television stations feature a “sakura forecast” on their web pages. These forecasts predict when the flowers will start blooming. Furthermore, there is an app called “Sakura Navi”. This app lets you find out information regarding the sakura flowering. JMC has an impressive fact about “Sakura Navi” on their web page. This app won first place in the 2019 AppStore travel category in Hong Kong!

The “Sakura Navi” app is not the only sakura-related item that costs money. A trip to “Don Quijote” in Shinjuku. The shop featured items such as plastic sakuras, banners plus decorations.

Not even food or drink can escape the sakura mania. The food section in “Don Quijote” featured numerous food or drinks with sakuras printed on them. Starbucks, Coca-Cola as well as Kirin are just some of them. One I found particularly beautiful was the Coca-Cola bottles with sakura prints.

“Don Quijote” is not the only shop that sells goods with cherry blossom prints or taste. Even convenient stores such as 7-11 or Family Mart has pastries or ice creams with pink filling and sakura package. 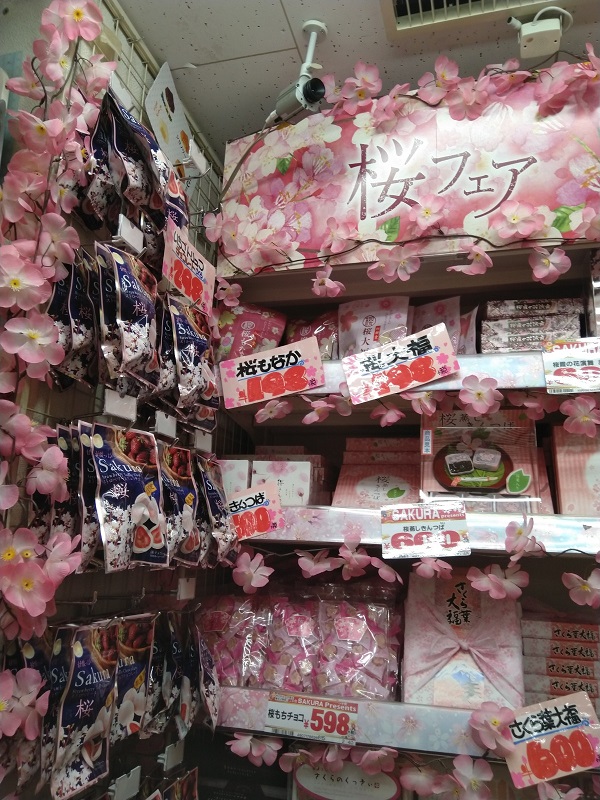 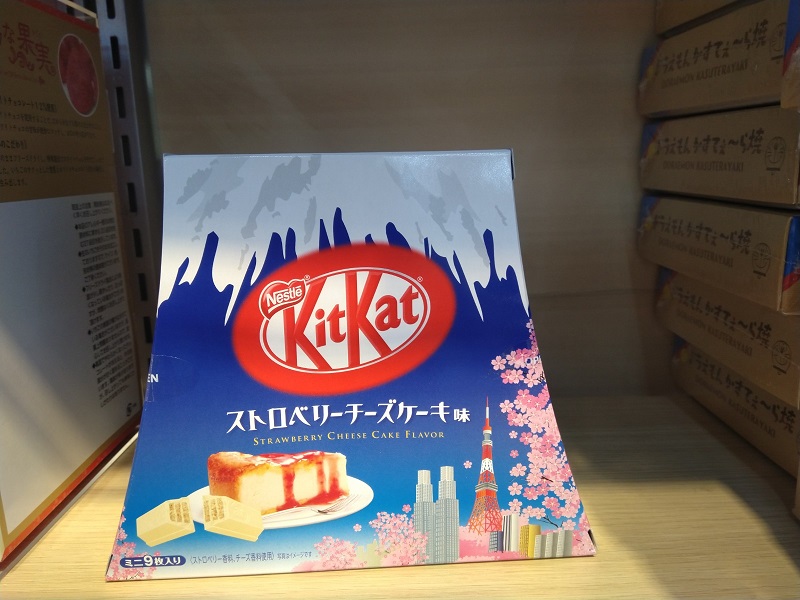 Easter gets a similar treatment in Norway as well. Firstly, many Norwegians eat more eggs in the Easter week. According to Matprat.no, Norwegians ate 26 million eggs during the Easter week! This is an average of one egg per day for five days straight.

Another popular tradition is Easter eggs. These are often filled with pick and mix sweets. Some may have miniature chocolate bars or tootsie pops instead. Several shops sell chocolate eggs with or without fillings as well. These chocolate eggs are not a new invention. Museum conservator Anne Kristin Moe tells that the chocolate eggs became a tradition around 1900.

Similar to Japan, Norway sells Easter-related decorations during springtime. Many are decorated with cute chickens or rabbits. It’s not unusual for elementary school to make Easter decorations during arts and crafts. My old elementary school had an Easter breakfast on the last day before Easter break as well. This is a tradition many schools up to high school still have. 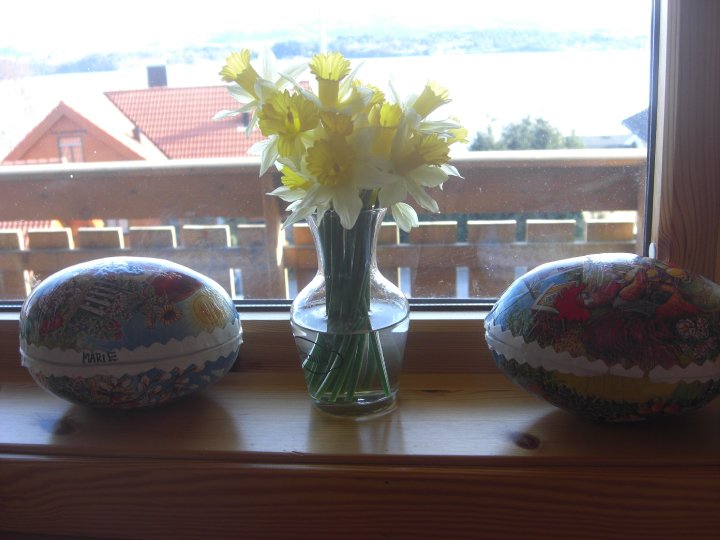 Welcoming spring in Norway and Japan

Despite the differences, I can see many similarities between these celebrations. The most obvious one is the timeline. Both “hanami” and “påske” are celebrated in late March or early April. The second similarity is what they celebrate.

“Hanami” and “påske” both mark the start of spring. Plants are in bloom while the days become brighter. The increase in temperature is welcomed by Japanese and Norwegians alike.

Another less fortunate similarity is the marketing. Japanese shops feature goods in sakura-printed packages. Pastries with pink filling are common as well. Norwegian supermarkets, however, feature egg-themed merchandise during March. Normal eggs, chocolate eggs or cardboard eggs are among these.

What I think we should remember are the roots. “Hanami” is a tradition concerned with the change of seasons. “Påske” might have a religious origin, but its modern tradition is more about family.

So, why not celebrate the spring outside with your family during a break? Especially since it’s finally sunny and warmer temperatures outside.