Omurice and 9 Other Unexpected “Western” Dishes From Japan

Omurice, ketchup rice enveloped in an omelet, is a delicious fusion of Japanese and Western cuisine. Read on to find out what other delicious “Western” dishes Japan has to offer!

Until arriving in Japan, I had no idea about this subset of Japanese cuisine called yōshoku. Yōshoku () directly translates to “western food”. The cuisine consists primarily of Japanized western dishes created in Japan during the Meiji era (1868 to 1912). Today, yōshoku is served at cafes and family restaurants across Japan. Some popular Japanese yōshoku restaurant chains are Jonathan’s, Saizeria and CoCo ICHIBANYA.

If you’re in Japan, be on the lookout for these 9 deliciously unexpected fusions of Western and Japanese cuisine.

This cross between a Western omelet and Japanese fried rice is a staple at cafes and restaurants all across Japan. Rice is mixed with ketchup and chicken, then fried and finally, enveloped in a layer of fluffy omelet. Omurice is especially popular with children for its simple flavors, so restaurants often decorate the top of the omurice with cute designs made of ketchup. 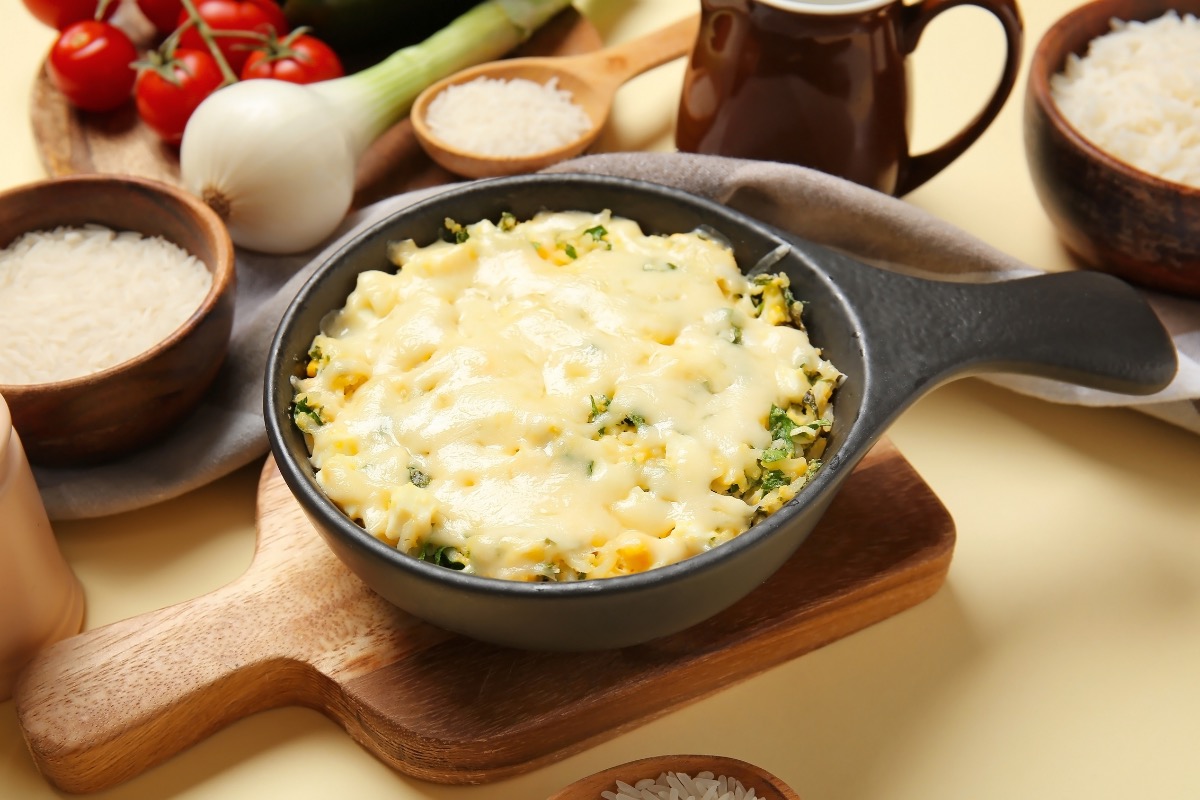 Doria is a casserole dish, like a gratin, but made with rice instead of pasta or potatoes. In a country where rice is the staple starch, this dish makes complete sense. Doria is made of a layer of buttered rice, topped by a béchamel sauce and a selection of vegetables, meat, or seafood. Then the whole dish is covered with a bubbly crust of cheese. Buttery, creamy and warm, doria is the ultimate in yōshoku comfort food. 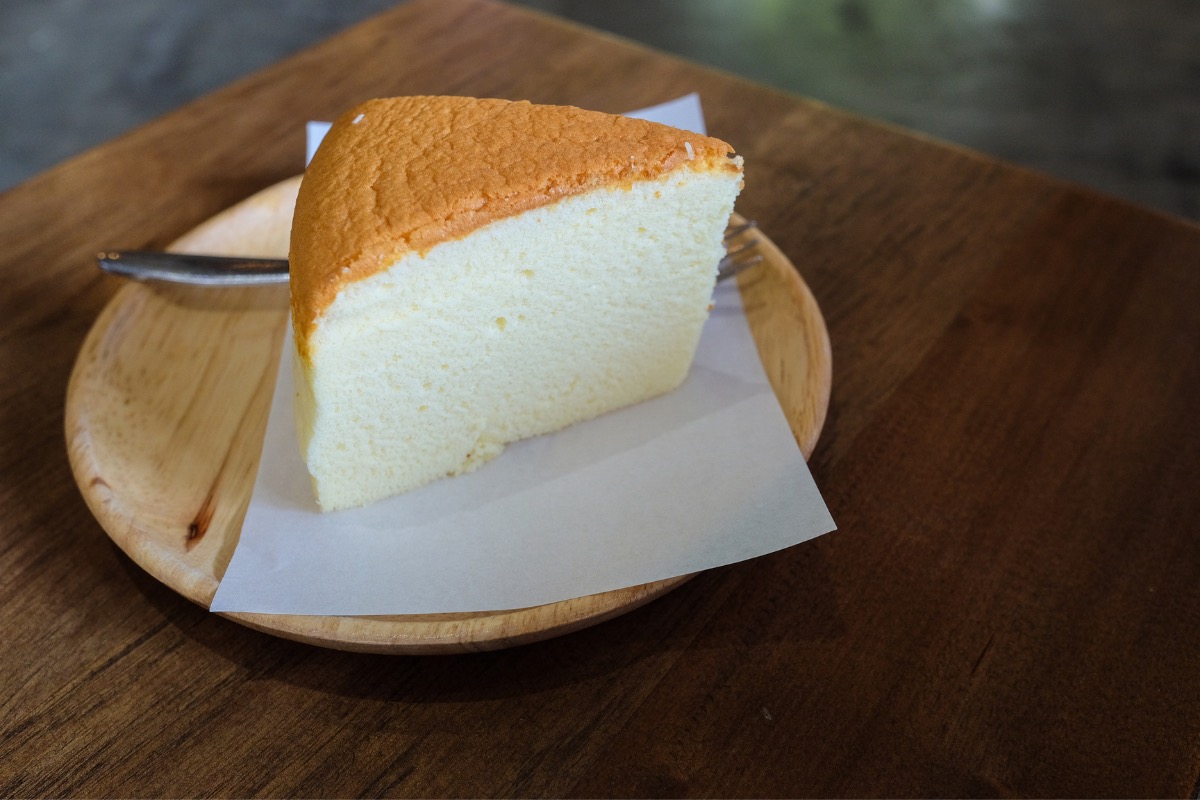 My favorite style of cheesecake doesn’t come from NYC, but from a Rikuro’s store in Osaka. The bouncy, fluffy cheesecake is like no other cheesecake you’ll ever try—it’s so far from a regular cheesecake, I’m not sure if it can even still be called that. The cake’s springy texture is more like that of angel food cake, but the flavor is still very much reminiscent of cream cheese. 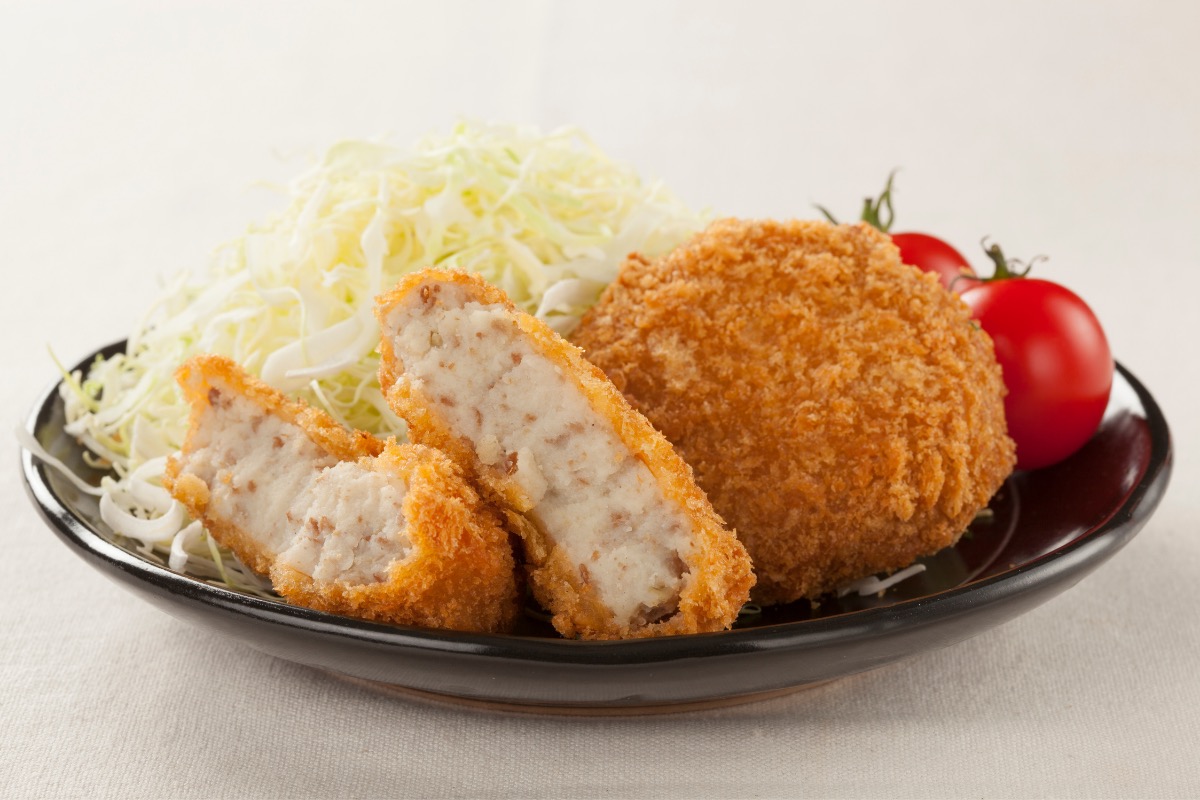 A take on the french croquette, korokke are made of minced meat, vegetables, or seafood, mixed with mashed potato, then coated in breadcrumbs and deep-fried. Japanese korokke are often served with a tangy tonkatsu sauce. 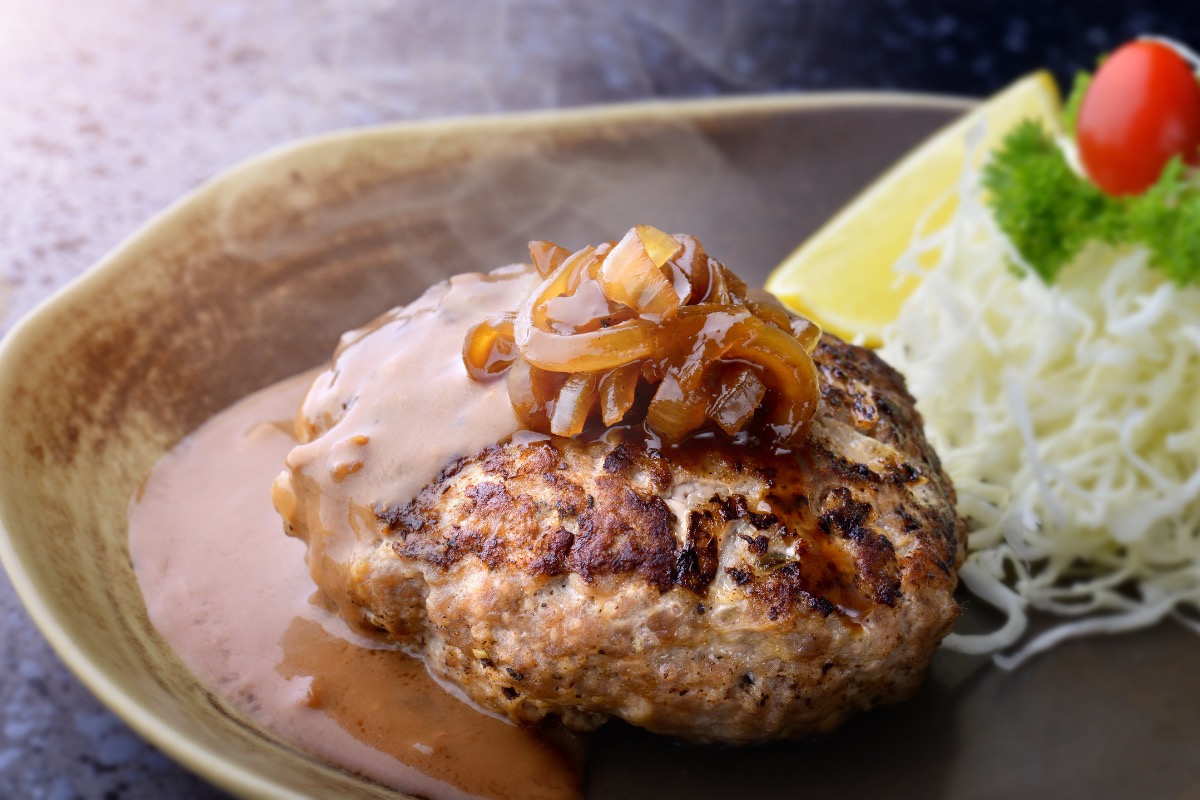 Don’t be surprised when you order a hamburger in Japan and it comes without a bun, ketchup, or fries. In fact, hambāgu is more similar to the English Salisbury steak than an American hamburger. Japanese hamburger steak is served covered in sauce (usually mushroom gravy or a red-wine reduction), a side of rice, and occasionally fried onions and corn. 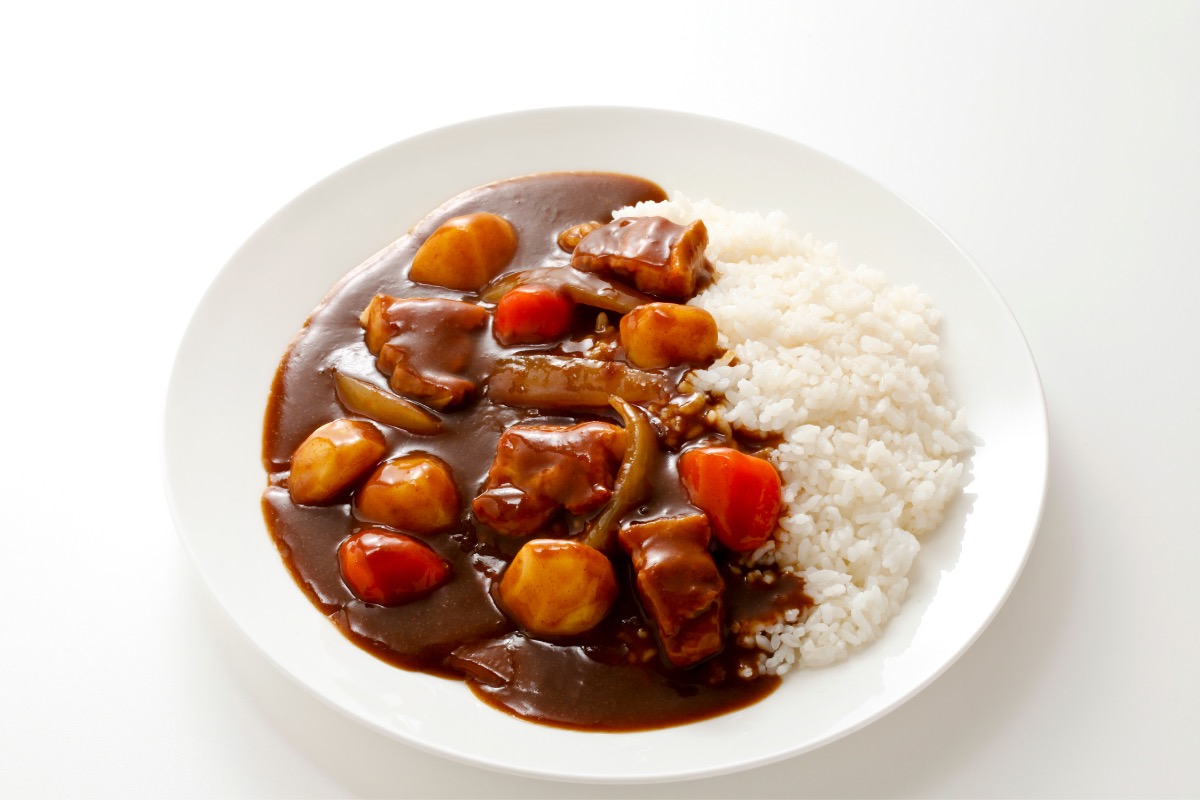 If you crossed beef stew and Indian curry then you would get Japanese curry rice. Japanese curry is thicker, sweeter, and less than the curries of other countries. Japanese curry usually includes root vegetables like potatoes and carrots and protein like chicken, beef, or shrimp. 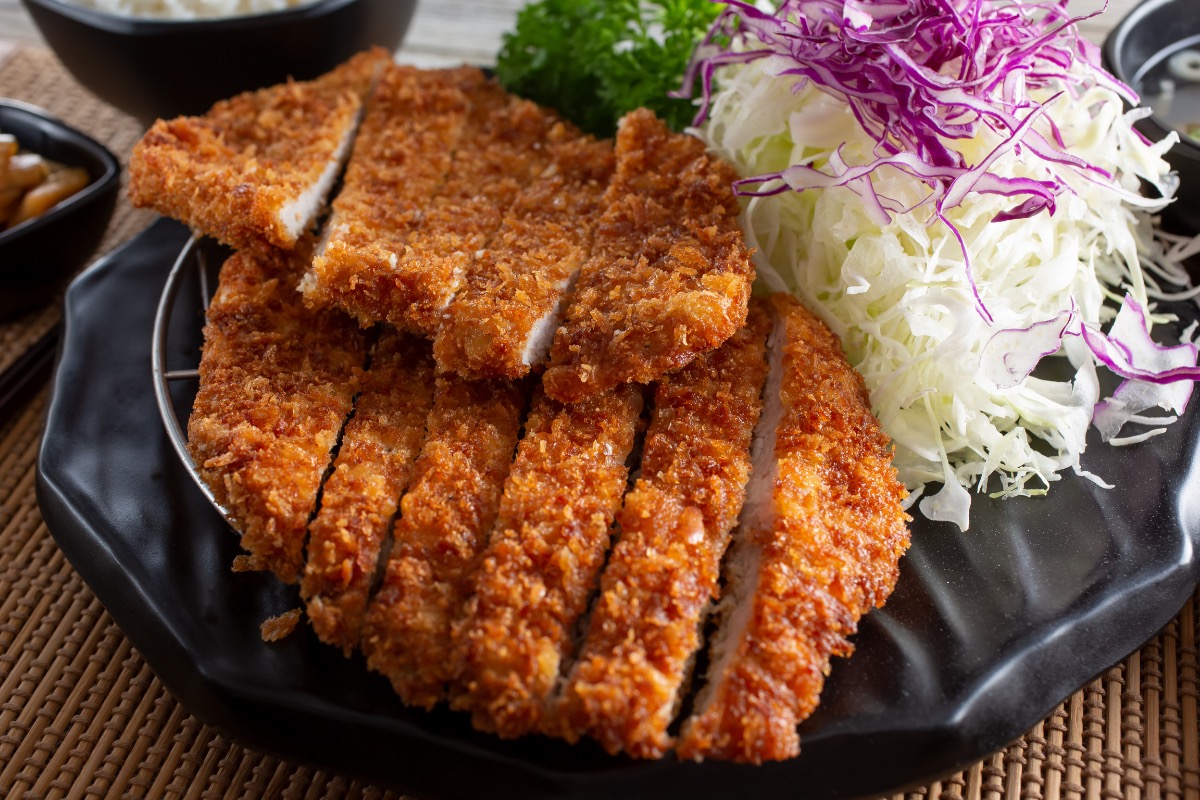 Katsu is a breaded, deep fried cutlet, usually either chicken (torikatsu) or pork (tonkatsu). Sometimes, you can also spot the far more decadent beef katsu (gyutatsu) and salmon katsu. Katsu is similar to the German schnitzel. However, Japanese katsu is coated in panko instead of regular bread crumbs and is usually served with a sweet and sour tonkatsu sauce (which is similar in flavor to Worcestershire sauce). 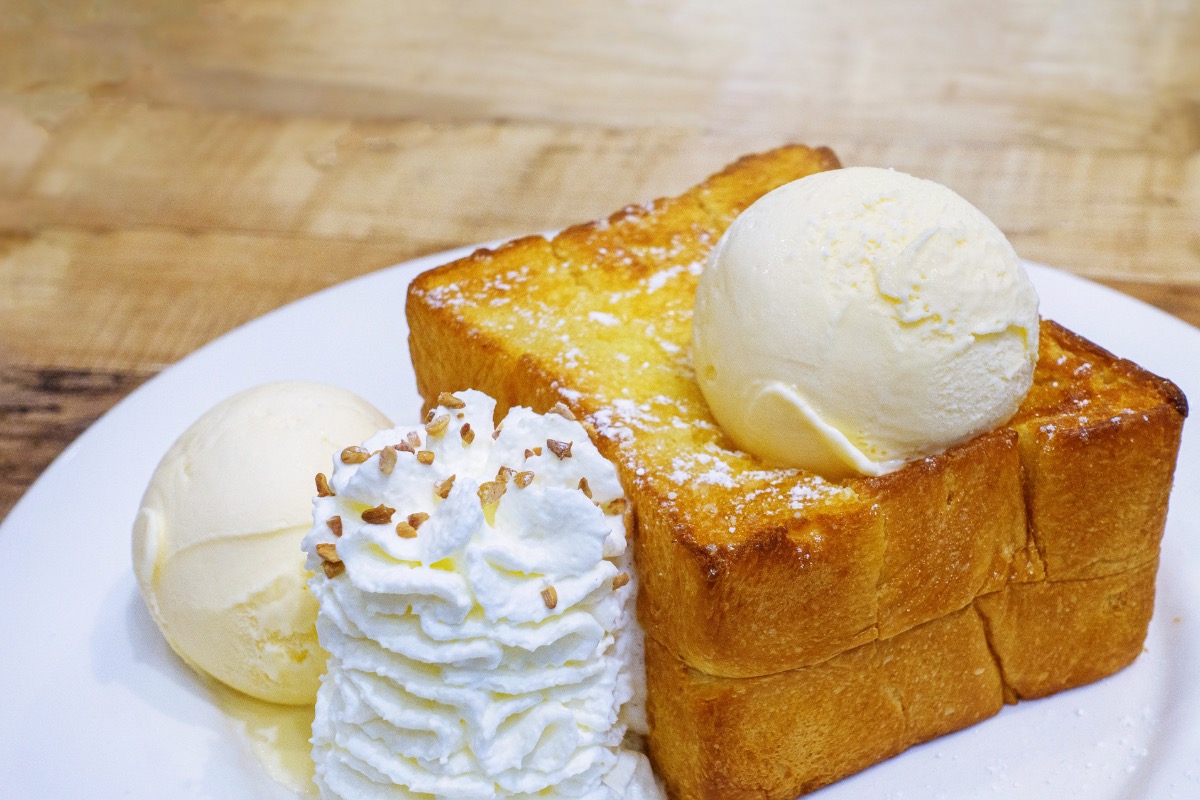 Honey toast looks like half a loaf of white bread with a scoop of ice cream on top. But when it’s made properly, this brick of bread hides a sweet secret. To make honey toast, the inside of the loaf is hollowed out, and the interior is sliced into cubes. These cubes are brushed with butter and honey, then browned in the oven. Finally, they are placed back inside the hollowed-out loaf, along with layers of a sweet topping like whipped cream, syrup, or fruit. The whole is then topped with a scoop of ice cream or more whipped cream, for a decadent, and uniquely Japanese, dessert. 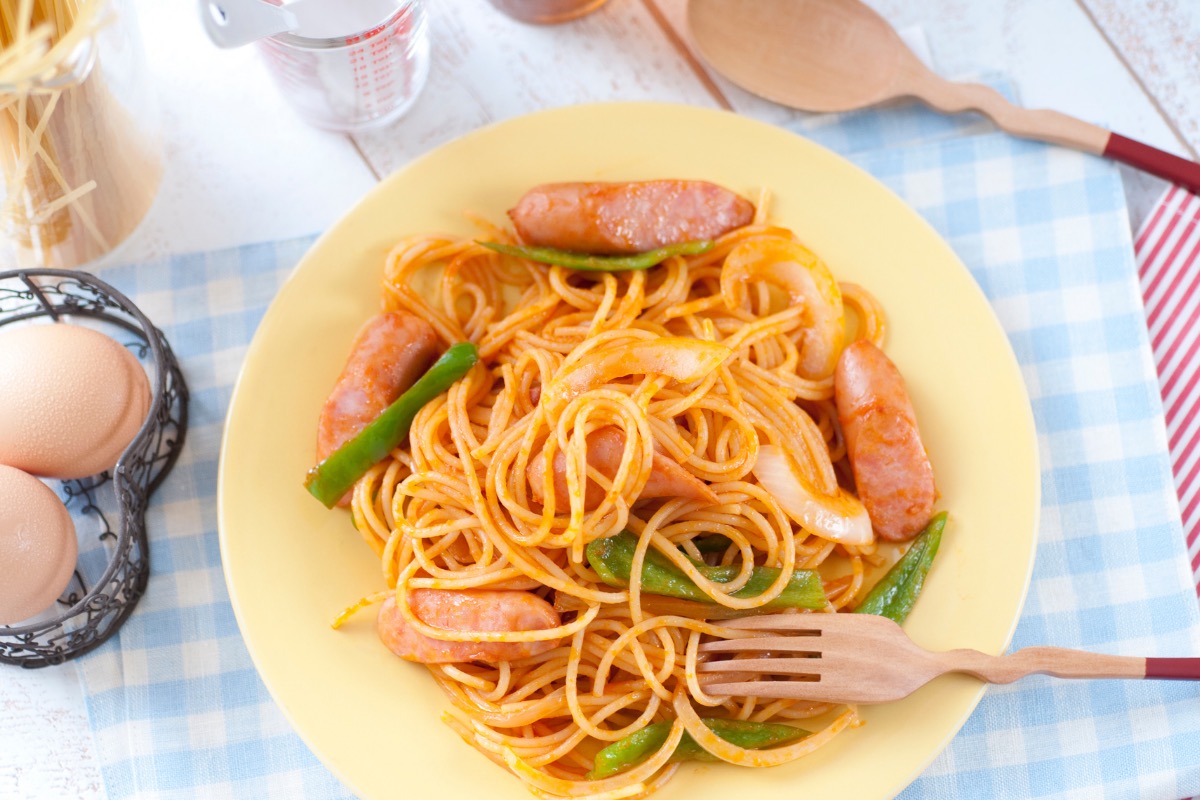 Naporitan is a spaghetti dish with a ketchup-based sauce as well as chopped ham, pepper, mushrooms, and onion. Naporitan, also called napolitan, was named after the Italian city of Naples. However, it was invented in Yokohama by the chef of the New Grand Hotel. The chef was inspired by a GHQ military ration, which involved mixing pasta with ketchup for an easy meal. The pasta dish became so popular, you can now find it in restaurants all over Japan. It’s also popular in Japanese home cooking, for a simple weeknight dinner.

Other uniquely Japanese pasta flavors you can find at pretty much any Japanese-style Italian restaurant include mentaiko (spicy cod roe) and uni (sea urchin).