With winter approaching, get the scoop on one affordable, tasty, and highly-customizable Japanese traditional dish!

If you have ever stopped by Family Mart in the wintertime and noticed near the checkout counter a small slow-cooker filled with slowly simmering broth and strange-looking ingredients–some on skewers–divided by kind, and wondered what it was, you are reading the right blog post. We are about to unravel the mystery!

In fact, the dish you spotted is called oden, and it’s a traditional soup made from a soy-sauce flavored broth base and filled with an array of simmered ingredients, the most popular of which are (according to a poll): daikon radish, boiled egg, and konnyaku.

Oden is available at sit-down restaurants, at (look for the red lantern with the word “oden” printed on it), at grocery stores in レトルト “retort” heat-and-eat packages, and at food stalls, especially in the winter or around New Year’s. With a little effort you can, of course, make it from scratch, but perhaps the easiest and best way is to simply pop over to the nearest Family Mart or 7-Eleven, where you can build your own oden bowl! 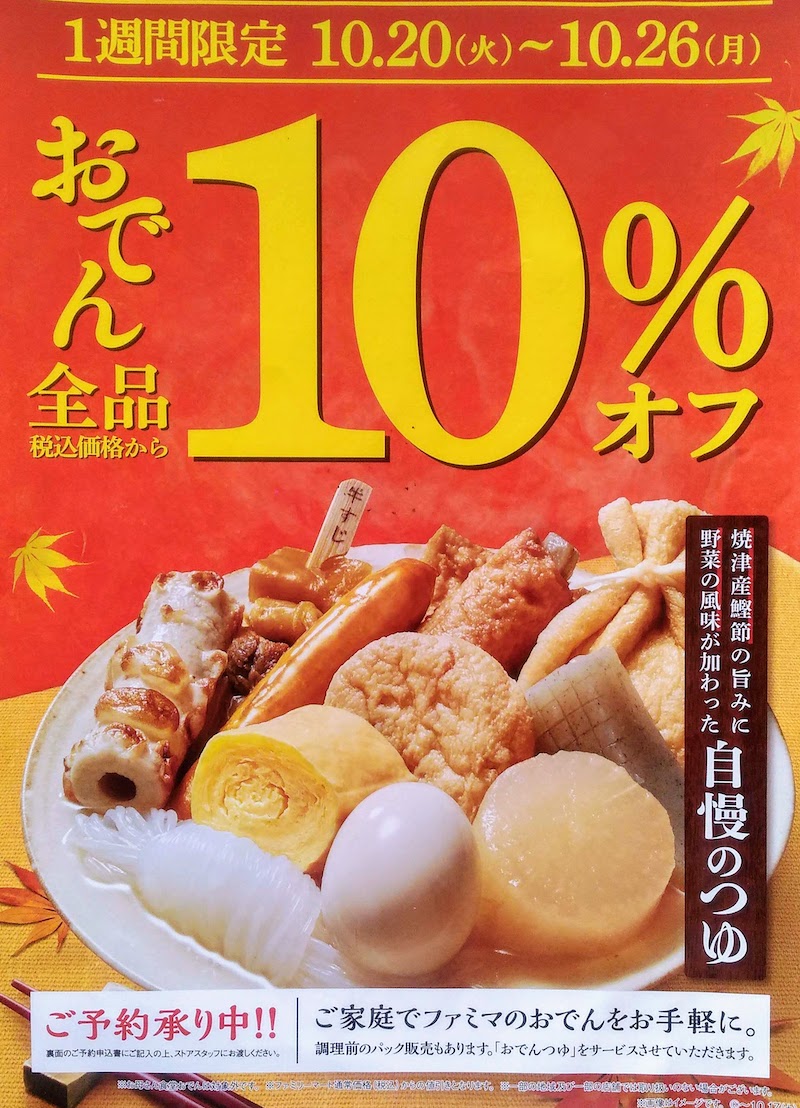 If at first you are baffled by the range of tannish, brownish, beige-ish vegetables, tofu products, and fish cakes there are to choose from, not to worry. Before you go, just take a browse through our Glossary of Family Mart Oden Ingredients!

こだわりけたまご: Boiled egg is also a staple of oden. Light brown in color and served either whole or sliced to show its bright orange yolk, boiled egg adds a healthy serving of protein to your bowl and is a safe bet for people who have not acquired some of the more peculiar Japanese flavors.

び: Shirataki are thin white noodles make from the konnyaku plant. “Musubi” means “tied,” and accordingly, the strands are wrapped up neatly like a ball of yarn.

: It wouldn’t be oden without konnyaku cut into triangles! Konnyaku is a jiggly, jelly-like food with 98% water content, a whole lot of dietary fiber, and next to no calories. It has very little taste on its own; you will notice a shallow criss-cross pattern cut into one surface. This allows the konnyaku to soak up the delicious flavors of the oden broth!

きちくわ: Chikuwa, meaning “bamboo ring,” is made by plastering white fish paste around a bamboo or metal pole. This results in a fish cake with a hole in the middle when the pole is removed. The texture is soft and bouncy, the flavor slightly sweet. “Yaki,” as in “yakiniku,” means fried, so the surface has a nice golden color.

５のさつま: In general, satsumaage, “age” meaning “deep-fried,” is made from white fish paste or a combination of fish paste and vegetables. It comes from the days before refrigeration, when a fresh catch of fish would be made into paste, steamed, and then fried in oil to make it last. Family Mart’s specialty is satsumaage made from an assortment of 5 different vegetables. 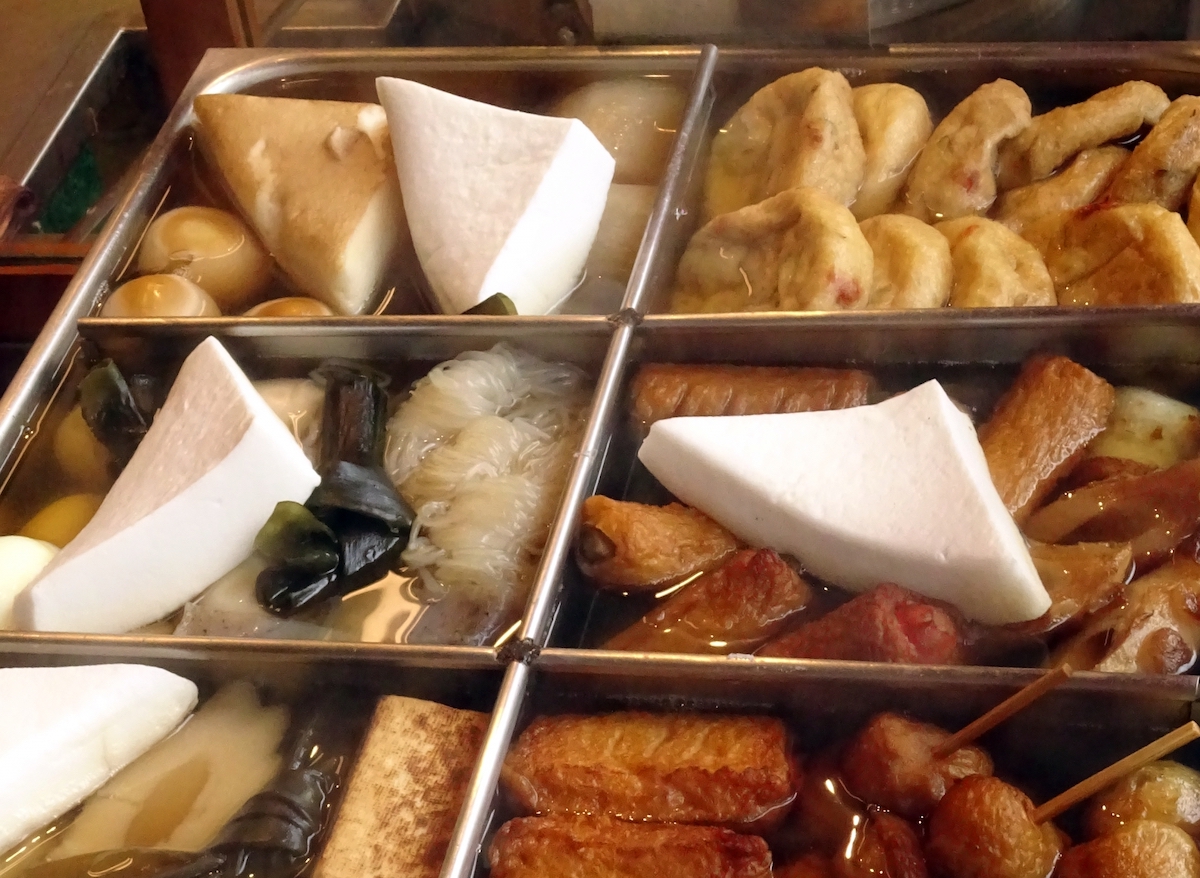 : Burdock root, I found out recently, is the edible root of the thistle plant. It is full of antioxidants and is said to have anticancer properties. The taste and texture is similar to carrot, but without the sweetness and with a little less of the crunch. Family Mart’s gobou maki is burdock root wrapped in minced fish meat and seasonings fried in oil.

はんぺん: Hanpen, sometimes called きはんぺん because it floats–think “ukiyoe,” art of the floating world), is a pure white square or triangle that stands out among its brownish fellows. Made from Alaskan pollock paste, dashi, yamaimo, and sometimes egg, this fish paste product is pillowy soft with a meranguey quality. It soaks up oden broth like a sponge, so each bite is juicy. Low in calories, high in protein, hanpen is definitely worth a try!

げ: “Atsu” meaning thick and “age” meaning deep fried, atsuage is a block of tofu deep fried on the outside and raw on the inside. It is low in carbs, high in protein, calcium, and iron, and an especially common ingredient in oden in the Kansai and Kyushu regions.

つゆだくがんも: Ganmo, or sometimes “ganmodoki,” is a traditional Japanese tofu fritter. Because it is vegetarian, it is used in shoujinryouri, Buddhist cuisine. Family Mart’s “tsuyudaku” gannmo is extra soupy, making for a giant burst of flavor.

り: Yet another variation of deep-fried tofu, this item is in the shape of a drawstring pouch. Inside the pouch is a piping hot, perfectly melted mochi rice cake! The mouth of the bag is tied off with a strip of “kanpyo” (dried gourd).

Tip: When making oden from scratch, if you don’t have kanpyo, you can use a toothpick like a sewing pin to close the opening.

あらびきウインナー: Most sausages in Japan fall into the category of “arabiki,” which means finely chopped. The short wiener hot dogs you find in classic “obento” (Japanese boxed lunch), are a prime example of “arabiki” sausage, and they are found in oden, too. If you want to add something non-fish to your bowl, this would be a good choice.

だしき: You may also be familiar with the sweet and fluffy Japanese rolled omelette called “tamagoyaki,” often included in obento. The difference between tamagoyaki and dashimaki tamago is that dashimaki tamago, as its name suggests, is made with dashi. This is a nice addition for sweetness and color!

すじ: Skewered beef sinew or tendon may sound tough and unappetizing, but for oden this cut of meat is simmered for 2-3 hours until tender. It contains collagen (good for skin!), protein, and Vitamin B12, and since it’s served on a skewer, you can dip in karashi (Japanese mustard), miso paste, or yuzu vinegar.

つくね: Grilled over a charcoal fire, these are deep fried chicken meatballs served on skewers, another good choice if your bowl is looking a little meatless.

シュウマイき: Yet another variation of the maki, this deep-fried fish cake is wrapped around shumai, a Chinese-style steamed pork dumpling that is popular in Japan. 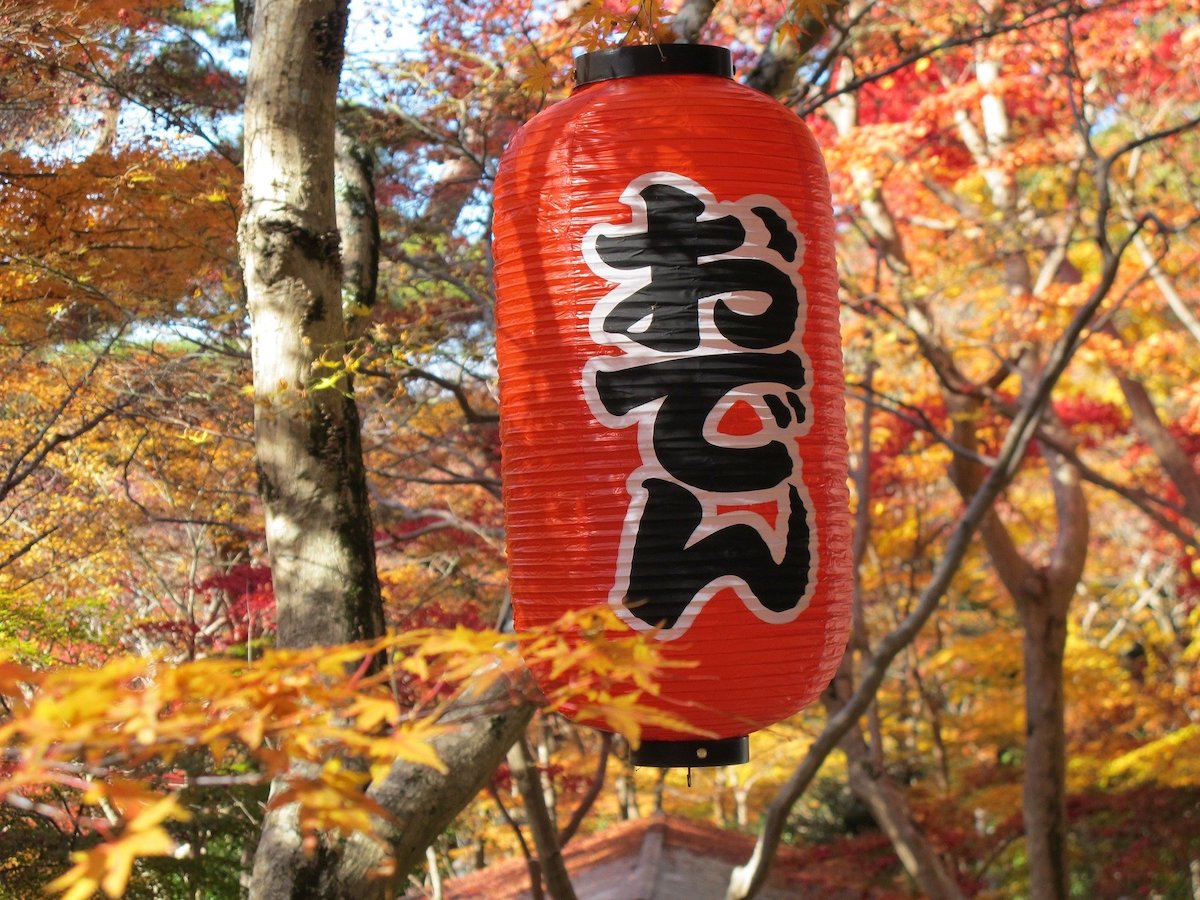 This concludes the Glossary of Family Mart Oden Ingredients, but for the curious, here are a few more items to recognize.

つみれ: Something like a fish meatball, “tsumire” is made by “pinching” (“tsumu”) minced red fish meat–typically horse mackerel, mackerel, sardine or fresh local fish–with your fingers.

ワカメ: Wakame is the dark, flat seaweed often found in miso soup. It’s boiled and has a slightly crunchy texture.

タコ: In a gourmet oden bowl you might find skewered octopus. These are simmered for a long time until tender and add a seafoody flavor to the mix.

Now that you know what actually goes into oden, let’s look at some oden facts to whip up your appetite!

Where Did Oden Originate?

Oden is thought to have originated in Tokyo, starting out as a simpler dish called “miso dengaku,” boiled konnyaku topped with miso sauce (see our article about healthy food to learn more about konnyaku). Because Tokyo is located in the Kanto Region, in the Kansai region oden is called “Kanto-ni”.

How To Make Oden From Scratch

If you are an ambitious cook, you can make oden from scratch. The important thing is to put the ingredients in the pot in the order of cooking time. Here are a few recipes you can follow: 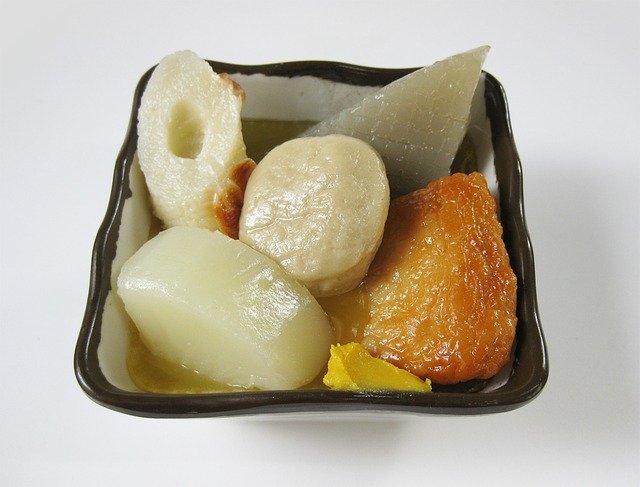 Oden broth can be found ready-made at the grocery store, or it can be made from scratch using a pre-made dashi. For the ambitious cooks out there, you can make your own fish and seaweed dashi following Just One Cookbook’s “awase dashi” recipe here.

What To Serve With Oden

Oden can be enjoyed on its own, or as one of several dishes. To contrast with the mildly salty, fish-based flavors of oden, many people like to add vinegary Japanese pickles flavorful skewered grilled chicken き, or rice mixed with cooked vegetables, meat, or fish of your choice ぜご.

As for drinks, you can go Western style and serve up your oden cold beer, or alternatively go Japanese style with or . “Nihonshu” is what is commonly known in the west as “sake,” and it is a traditional Japanese fermented alcohol made from rice, similar in production but not in taste to wine. “Shochu,” on the other hand, is a traditional Japanese distilled liquor made from potato, barley, or rice, and is in the same category as brandy or vodka, but again, with a milder, less sweet flavor. 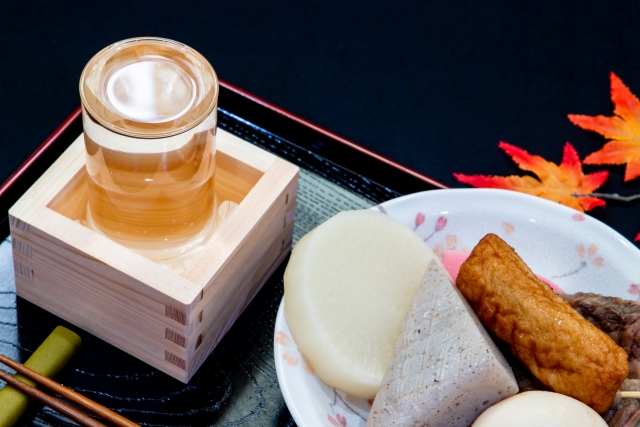 If you’re new to oden, which of these items do you want to try? Which do you never want to try? If you already love oden, what do you usually put in yours? Have you ever made it from scratch? Share your thoughts and experiences in the comments below!