What is Labor Thanksgiving Day?

Earlier this month, we had the day off for Culture Day, and we have yet another national holiday coming up on the 23–that is Kinrō Kansha No Hi 勤労感謝の日. Translated into English, this is “Labor Thanksgiving Day,” and as per the name, it’s somewhat a combination of American Labor Day and Thanksgiving Day.

The officially stated purpose of Labor Thanksgiving Day is:

To value our jobs, appreciate the fruits of everyone’s labors, and to be thankful for our fellow countrymen and women.

In other words, it’s not just a day to be thankful for the postman and the firefighter and hardworking mom and dad, but also for good food and whatever else is a result of everyone’s hard work day in and day out.

Labor Thanksgiving Day is on November 23 every year, except years in which the 23rd is a Sunday, in which case it is observed on the following Monday. While many of the national holidays are scheduled to create three-day weekends, this is not the case with Labor Day Thanksgiving. This is because it originates from a much older celebration called Niinamesai.

Where Did Labor Thanksgiving Day Come From?

Niinamesai 新嘗祭 is an ancient celebration recorded in Nihon Shoki 日本書紀, the second oldest book in Japan). It was one of the Imperial celebrations, and on it people gave thanks for a bountiful harvest, offering some of it to the gods and some of it to the Emperor. However, in 1948 the occupying US government wanted to separate religious events and national holidays, and so Niinamesai was abolished, and a new holiday was created. Hence, Labor Thanksgiving Day on November 23. 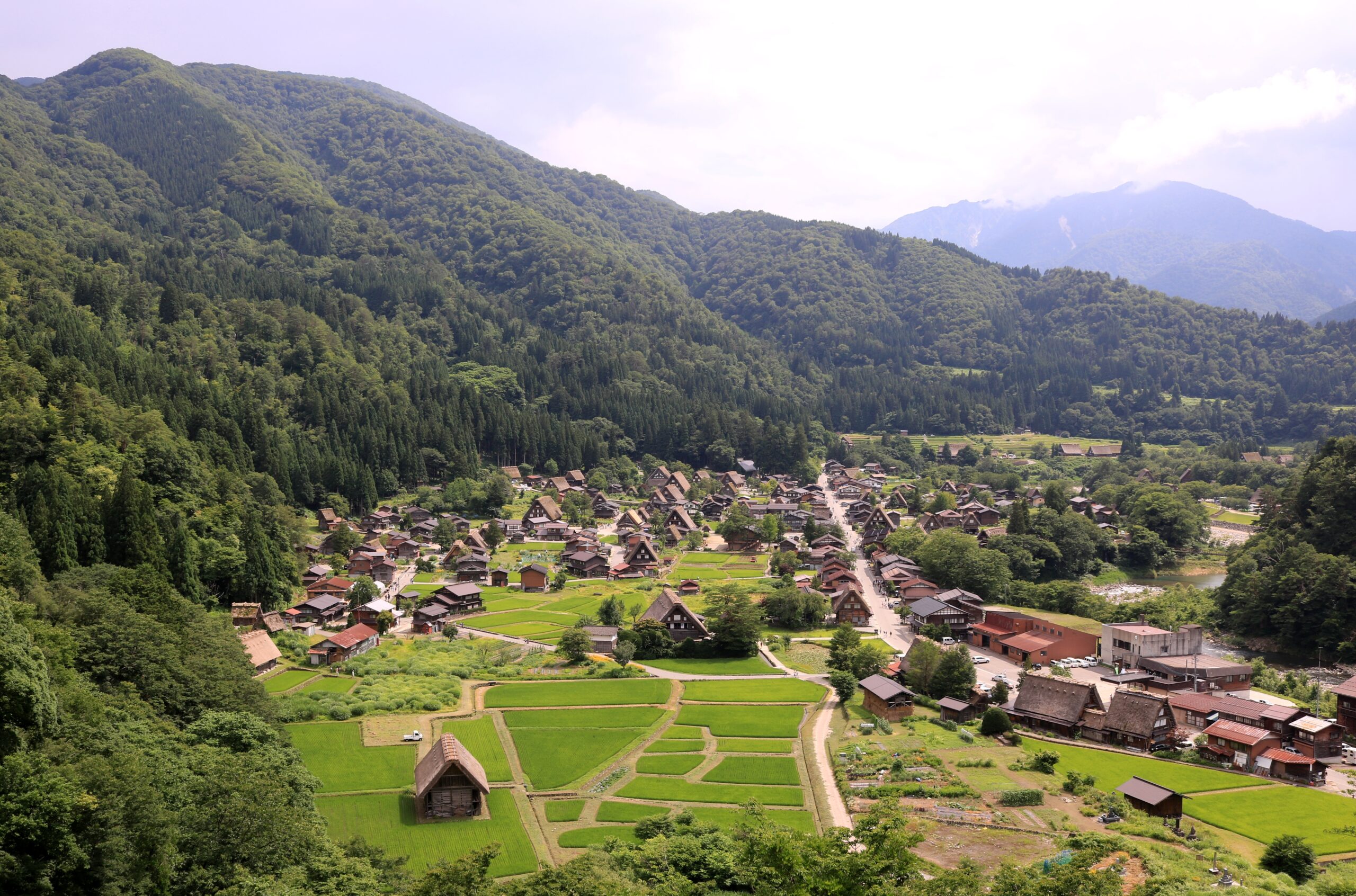 Although Niinamesai as a national holiday was abolished, throughout Japan many shrines still hold a harvest festival, where they give thanks for good harvest and pray for future crops. The most famous of these is held every year at Ise Jingū. People visit from all over the country, making this already popular shrine so crowded they have to limit the number of cars on the highway and the number of visitors to the shrine.

Another harvest-related festival is Doburoku Matsuri 濁酒祭り, an interesting event which takes place at Shirakawago 白川郷 in Gifu Prefecture. If you are into traveling in Japan at all, you will recognize this as the village that was named a UNESCO World Heritage site for its gasshō zukuri style houses. These traditional old dwellings were built in the shape of “praying hands.” The steepness of the roofs helps to keep heavy snows from piling up, thereby allowing it to withstand tough winters. Occurring in October, a little earlier than Labor Thanksgiving Day, Doburoku Matsuri sees shrine workers parading through the village carrying colorful banners. A lion dance and other musical performances are held, offerings are made to the gods, and the year’s supply of “doburoku,” a type of cloudy rice sake, is passed out to the villagers.

How To Celebrate Labor Thanksgiving Day

Most schoolchildren in Japan celebrate Labor Thanksgiving Day by giving cards or gifts to public safety workers like policemen and firefighters. For adults, it can be an occasion to give a gift to someone to whom you have a debt of gratitude, whether someone who has helped you along at your job, a teacher, or a friend.

Speaking of Thanksgiving, if you are from the States you are probably thinking about turkey, stuffing, pies of all shapes and sizes, and family dinners. While it might not be easy to travel home this year, Japan is arguably one of the most pleasant places to be stuck, so why not make the best of the rest of this year and celebrate an American-style Thanksgiving with your Japanese friends? You can make do with chicken drumsticks (look for pre-marinated ones at your local grocery store for an easy peasy dinner). Or, if you are determined to have a real Thanksgiving turkey, check out one of the following websites:

If you are looking for something really fancy, you can get a full Thanksgiving course dinner at the Tokyo Grand Hyatt hotel.

There are endless ways to spend a day off in Tokyo or the neighboring prefectures, but whatever you decide on, be sure to take a moment and reflect on all your blessings–both the obvious ones, the ones in disguise, and the ones still to come!