January 11 is Coming of Age Day in Japan

What is Seijin No Hi (成人の日)?

Caption: All dressed up for the Coming of Age Ceremony

New Year’s Celebrations are over, and the next national holiday on the calendar is Coming of Age Day, 成人の日. As you can imagine, this day celebrates all those who have turned the legal age of majority, which in Japan is 20. Newly-turned adults or shin-seijin 新成人 have the full privileges of adulthood, which include drinking, smoking, and gambling (although gambling is illegal in Japan). Previously, 20 was also the legal voting age, but it was lowered to 18 in June 2016. With these privileges come the duties of being responsible citizens, paying into the social welfare system, being fully accountable to the justice system, and being productive members of society and the workforce.

When Is Seijin No Hi?

According to the “Happy Monday” law which fixed the dates of 6 major national holidays (New Year’s Day, Marine Day, Mountain Day, Sports Day, Respect for the Aged Day), Coming of Age Day falls on the second Monday in January. However, in places like Aomori, Iwate, Shimane, and Nagano, which experience heavy snowfalls, ceremonies take place during spring or summer breaks when the weather is comfortable and college students come home. 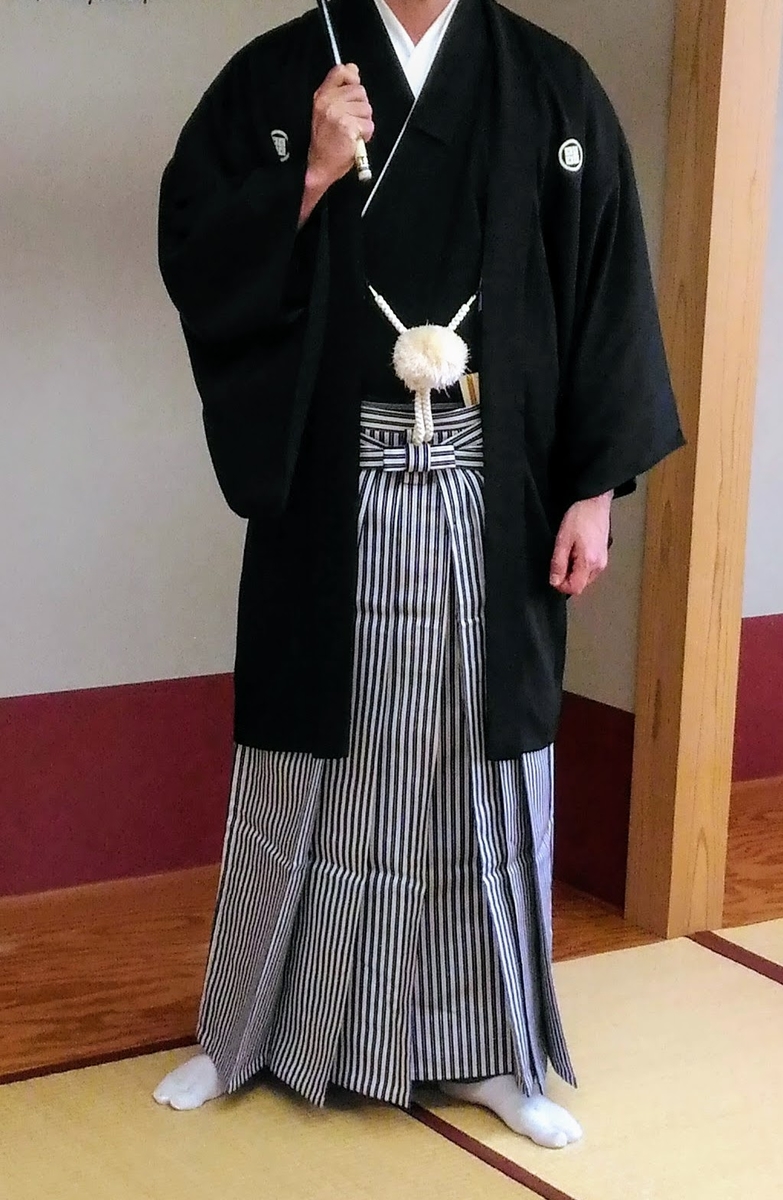 Although Japan is full of old customs, the modern Seijinshiki is actually a relatively recent event. The first Seijinshiki was celebrated in Saitama Prefecture in 1946 under the name Aonen Matsuri 青年祭り. Japan had just come out of World War II and was in need of hope. People were looking to the next generation to rebuild and create a brighter future. Thus the newly-turned adults got the spotlight. Three years after the Saitama Aonen Matsuri in 1949, January 15 was officially named Coming of Age Day for all of Japan.

Although Seijinshiki in itself is fairly recent, its roots go back to a similar rite of passage in the Nara Period (710-794) 奈良時代 called Genpuku 元服. When a boy of noble birth came of age, somewhere between the ages of 12 and 16, he received his “adult name” and changed to an adult hairstyle and clothing. Girls also changed their wardrobe and received a headdress when they came of age, but this usually coincided with their becoming engaged or getting married.

For the common folk, a boy who had killed his first deer or become strong enough to carry a bag of rice (which seems harder?) earned the right to cut his bangs.

What Do They Wear at Seijinshiki?

In a modern-day Seijinshiki, guys dress up in either Western suits or traditional haori 羽織り(loose jacket) and hakama 袴 (wide kimono pants), while girls wear gorgeous furisode 振袖, long-sleeved kimono, oftentimes with an elegant fur stole draped around their shoulders. These kimono are sometimes passed down from grandmother to granddaughter or mother to daughter, or oftener still, rented for the equivalent of thousands of dollars. The rental package usually comes with an advance photo session called maedori 前撮り. These photos are very special, because it may be the only time in a Japanese girl’s life that she wears a kimono, especially furisode, which is worn only by unmarried women.

What Happens on the Day of the Ceremony? 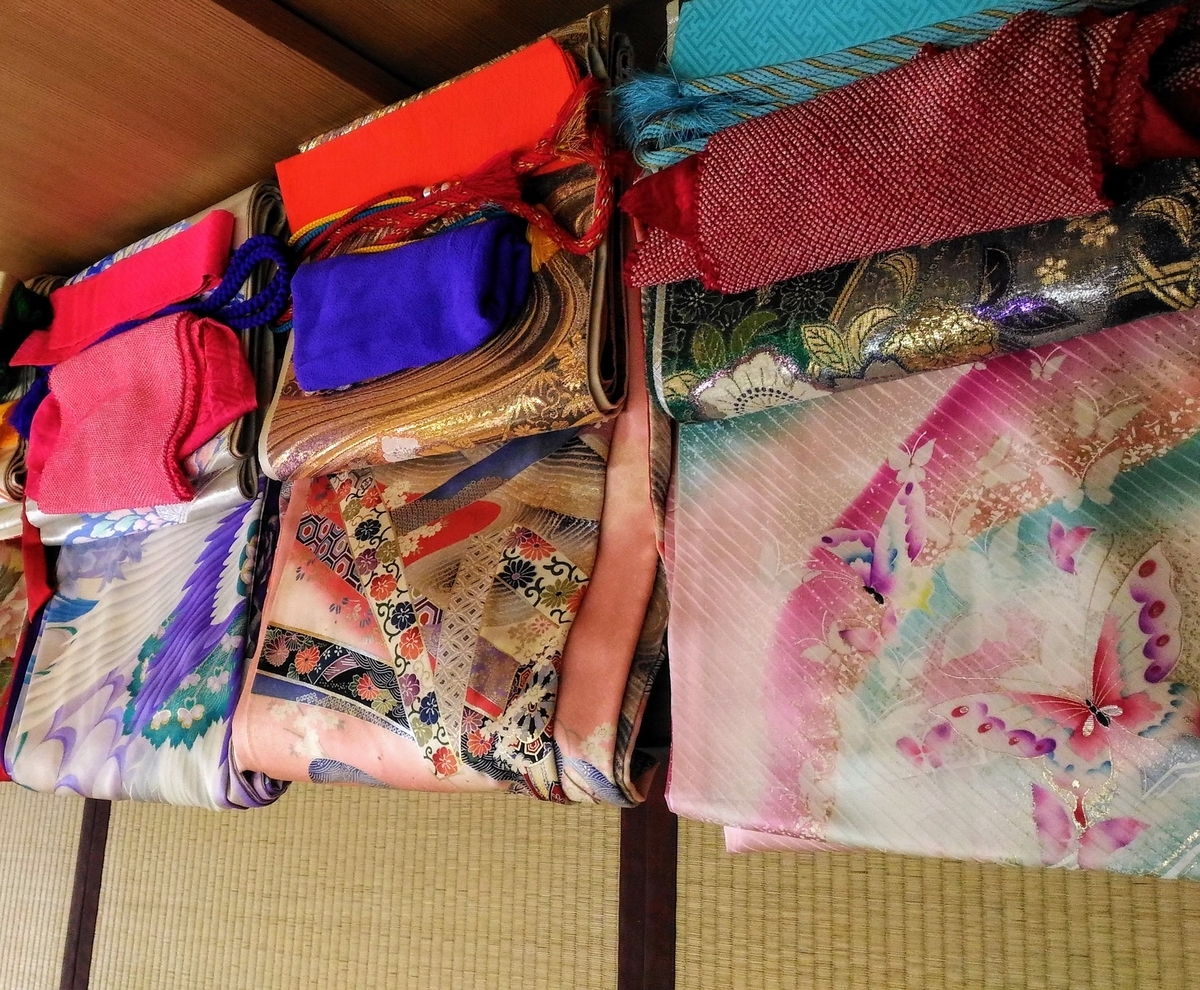 On the day of the ceremony, the young ladies start their preparations early in the morning with a trip to the beauty salon, where professionals spend hours on their hair, makeup, and kimono fitting (it is a complicated process, with many layers!). The ceremony itself usually takes place in the late morning or afternoon at a public event hall. It is hosted by the municipal government, which sends out invitations in advance.

At the ceremony, new adults, or 成人, listen to speeches from city officials, well-known community figures (sometimes including artists and celebrities from their town), and watch special performances. Sometimes the new adults themselves make a speech (like a valedictorian at an American graduation) or make a New Adult Pledge, 誓い, promising to be good members of society. While Japanese are generally law-abiding and peaceful, young adults will be young adults, and every year some Seijinshiki shenanigans make the news. Yokohama (Kanagawa Prefecture) in particular is notorious for general rowdiness including fist fights, antics such as and setting off firecrackers and climbing up walls, and causing distractions during the ceremony. However, these are the exception rather than the rule.

After the ceremony, the celebrated new adults hang around the event space to take photos. For many of them, Seijinshiki is their first chance to meet up with old junior high or high school friends since school. Then, depending on the family, the new adults either return home for a meal with relatives, go out in town sporting their finery, or change into more comfortable clothes for after-parties with their friends, which usually involves their new privilege of drinking alcohol. 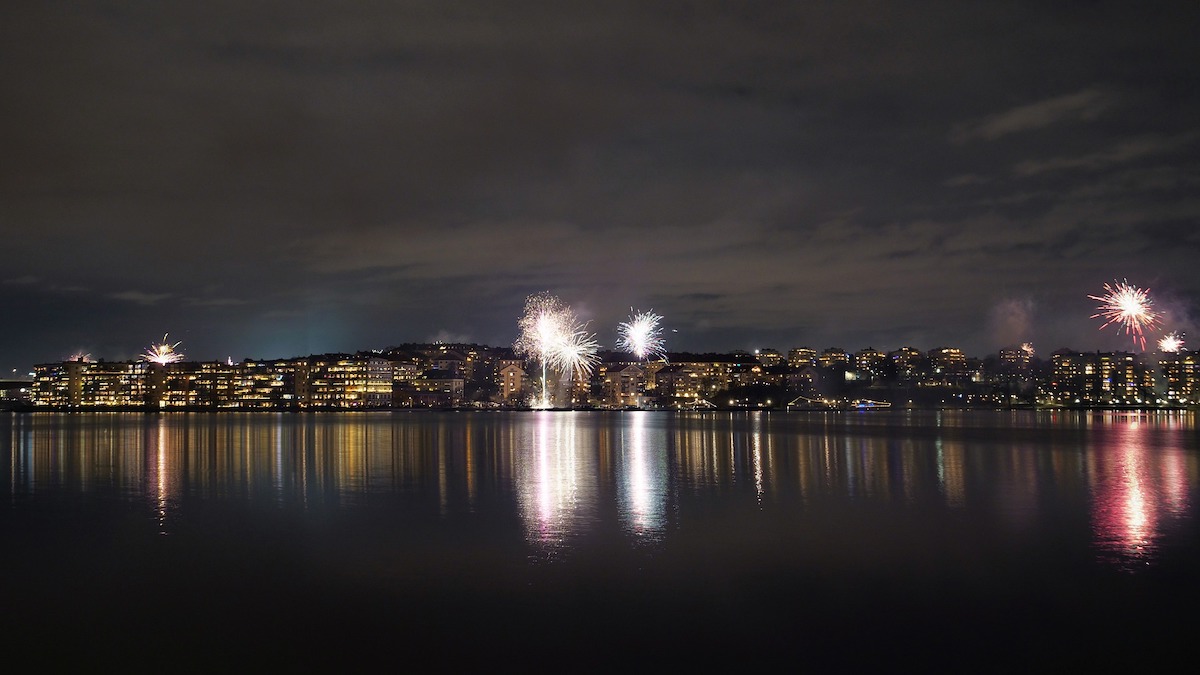 Hopefully, you can see why Seijinshiki is something that many young Japanese look forward to as a once-in-a-lifetime event. Unfortunately, this year with COVID-19 and the declaration of a second National State of Emergency on January 8, 15 of the 23 special wards of Tokyo have cancelled their ceremonies (according to an article published by NHK on January 5). As of January 7, Osaka officially postponed ceremonies until sometime before the end of March, while Kobe City in neighboring Hyogo officially cancelled (January 8). In Tokyo, only 3 wards plan to go ahead according to schedule. Disneyland, a major attraction for new adults since 2002, has postponed their festivities to March 7.

Even so, for those areas that have cancelled in-person ceremonies, organizers are doing their best to make January 11th a memorable day. Koto Ward will broadcast a special program on TV and on their YouTube channel, during which new adults can hear pre-recorded messages and participate in a raffle. Sumida Ward is encouraging new adults to share photos of themselves wearing their special attire, or haregi 晴れ着 (literally, “fine day clothes”) on social media using hashtags. Sapporo City plans to broadcast a fireworks show and has already launched a Twitter raffle, in which those who tweet and retweet “Use 200,000 yen to make any dream come true” will become eligible to win a stipend.

Those municipalities holding conventional in-person ceremonies have divided participants into two, three, or even four groups and abbreviated the program time. Anti-corona measures will be put in place, include asking anyone with cold symptoms to stay home, allowing only new adults (no family members or friends) inside the event space, enforcing social distancing, requiring masks to be worn at all times, and conducting temperature checks and hand sanitization before entry. After-parties are strongly discouraged. In addition, Sayama City (Satiama) has asked participants to install the infection-tracking COCOA app.

What to Give a Shin-Seijin 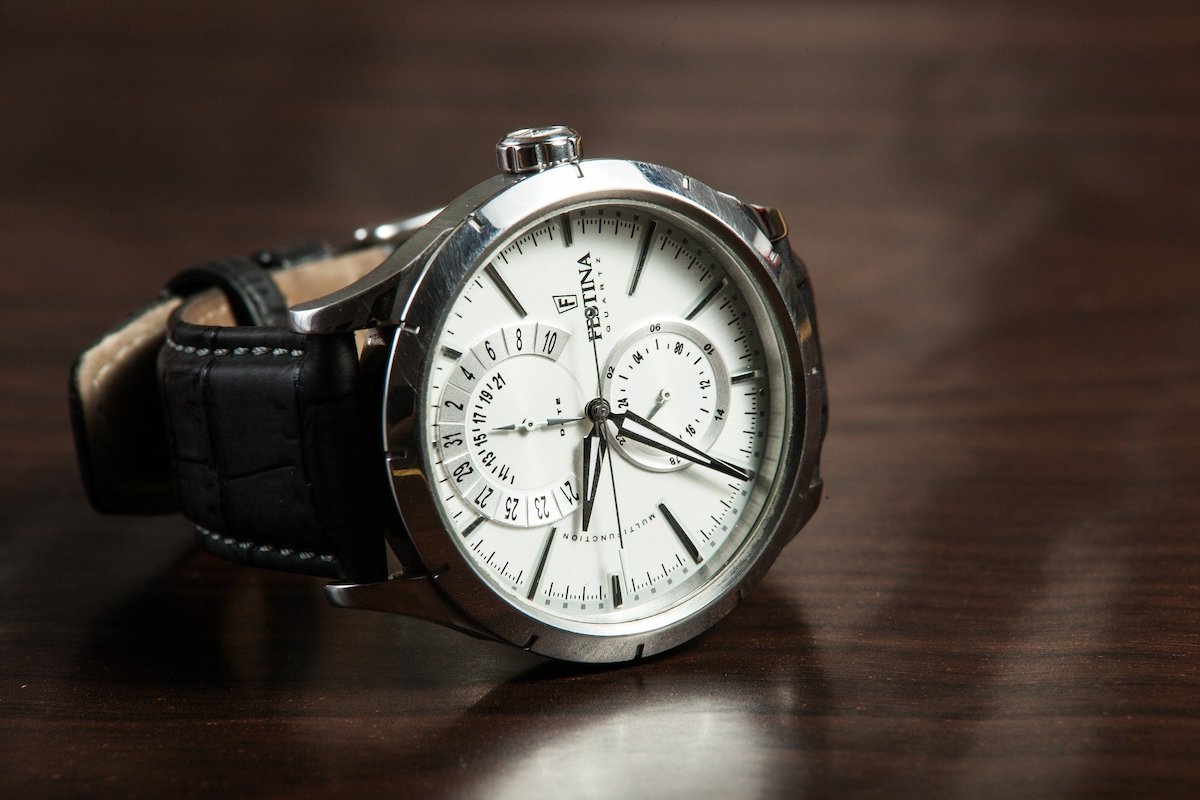 As disappointed as many new adults may be at all these changes, one thing that remains unchanged about this year’s Seijinshiki is the custom of gift-giving. As with every occasion in Japan, there are specific gifts that are considered appropriate. If you are curious, or if you know anybody who has turned 20 since April 2, 2020, here are a few ideas:

Anywhere from 3,000 to 7,000 yen is appropriate for friends or acquaintances. The upper limit is 300,000 yen–such generosity is reserved for grandparents (it’s expensive to be a grandparent in Japan!). Be sure to give clean, crisp bills, preferably in a noshi bukuro のし袋, a decorative envelope for special occasions. It’s also nice to include an encouraging message!

All of these are considered perfect for a young adult heading into the workforce, and shows you wish them a good start to their future career.

A fancy watch (guys):
To help keep track of time. Sometimes a father or grandfather’s watch is passed down in the family.

Timeless accessories (ladies):
Something that won’t go out of fashion, despite changing trends, expresses your hopes for many years of success. 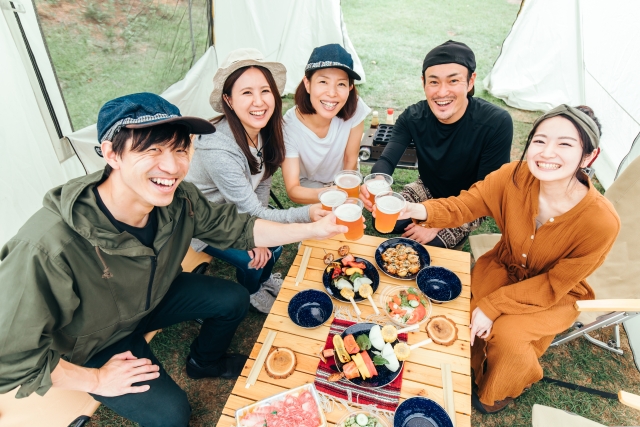 Seijinshiki was established in the aftermath of war, when Japan needed a generation of new young adults to carry them into a brighter future. Although we are not coming out of a war, 2020 was a tough year for many people and for many reasons. Perhaps 2021 Seijin No Hi can again be a day to put our hopes in good things to come.