Honne and Tatemae – The complexity of maintaining relationships in Japan

Honne and Tatemae is one concept that foreigners find the most bewildering. Honne (本音) literally translated means “true voice”. It means the true feelings, opinions and desires of a person. Tatemae (建前) means a “built in front or façade” and denotes the opinions and appearance one must display in public.

Honne and Tatemae can be best explained as our true face and the mask we put on to show the world. We all practice Honne and Tatemae to some extent in our lives, speaking little white lies in order to avoid saying things that might offend the other person and not voicing our opinions freely with people we don’t know very well. The difference between the rest of the world and Japan is that Japan goes to extreme levels to maintain this façade.

For example, a Japanese friend may tell you “you must come to my house one day” a couple of times. You in all your innocence will keep waiting for her to invite you, but she never does. Then you realize that the invitation was out of politeness and that your friend never intended to follow it up. Or, at work you may approach a task in a certain manner without realizing that you are not doing it in the acceptable way. Your Japanese colleagues will never tell you that. Meanwhile, you will continue to do that task in the same way without even suspecting how much trouble you may be causing your Japanese colleagues. 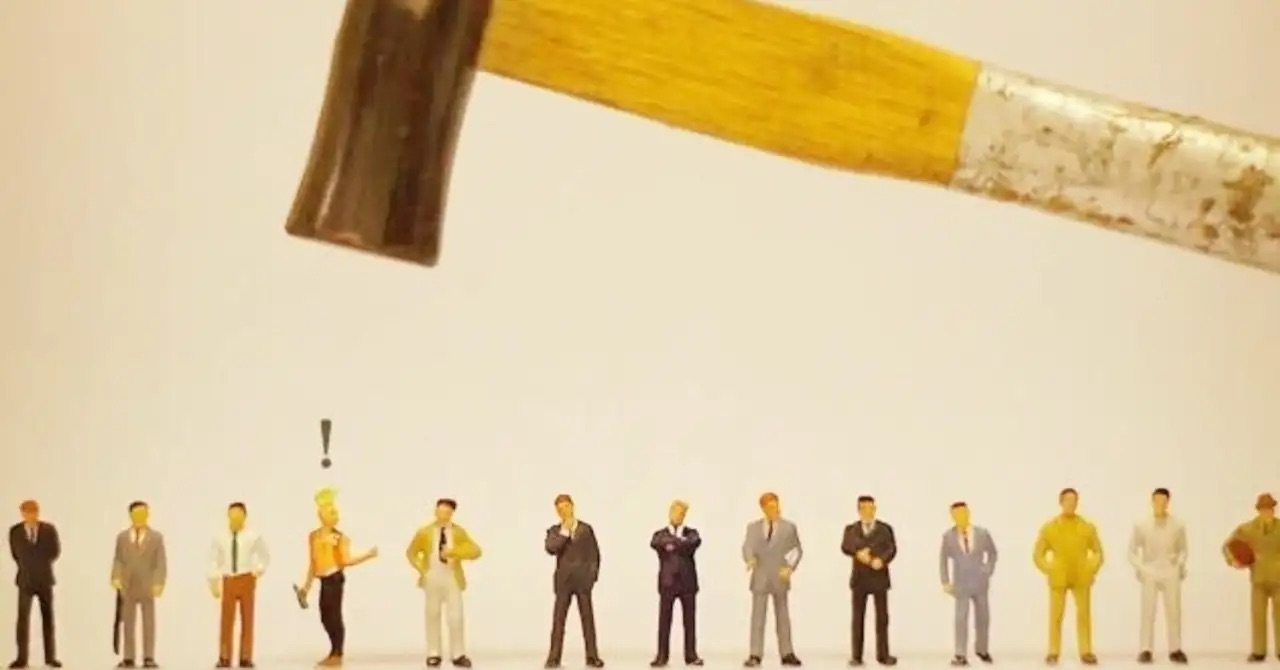 There is a saying in Japanese – 出る杭は打たれる or “the nail that sticks out will be hammered down”.

Japan is a society that does not believe in individualism. It is a very group-oriented culture and the group always takes precedence over the individual. It is very important for them to maintain group dynamics and ensure that discord is minimized and they do this by sacrificing their opinions for what they perceive to be the common good. This is very different from the rest of world where individualism and individual opinions are valued, appreciated and even expected.

The unsuspecting foreigner may voice his opinion openly about something at work, and then realize that instead of applauding his opinion or even discussing it, his Japanese colleagues are shifting in their seats looking highly uncomfortable.

Slowly one realizes that in Japanese organizations or even in the society as a whole, individual opinions are rarely expressed and instead of wanting to be individualistic, people would rather merge in a group and remain relatively anonymous.

Harmony Above Everything Else

For the Japanese, harmony needs to be maintained in everything, including relationships. So if your personal opinion or belief is different from the other person, or even if the other person is doing something that may make you uncomfortable, the best thing to do is keep quiet and avoid hurting the feelings of the other person. In Japan, a blatant display of thoughts or emotions is not appreciated. A Japanese will rarely if ever discuss personal matters with others or openly display anger or displeasure.

For foreigners, Honne and Tatemae can be very uncomfortable, as it requires you to constantly curb your own opinions and views and thus never be your natural self. This makes communication exhausting. You may find that you are being held at a polite distance, people are nice to you but there is an invisible wall between you and others. I always felt as if I was always warily circling around the other person, trying to guess if the person actually means what they say or if they are hiding their true feelings behind the few routine polite sentences and serene yet bland facial expressions. Without realizing it, most of us bumbling foreigners cross that delicate line from Tatemae into Honne and end up making the Japanese uncomfortable by our behavior. Obviously, a Japanese will never tell you how uncomfortable you make him feel, so slowly he will start avoiding you, leaving you totally bewildered and baffled.

How to Differentiate between Honne and Tatemae 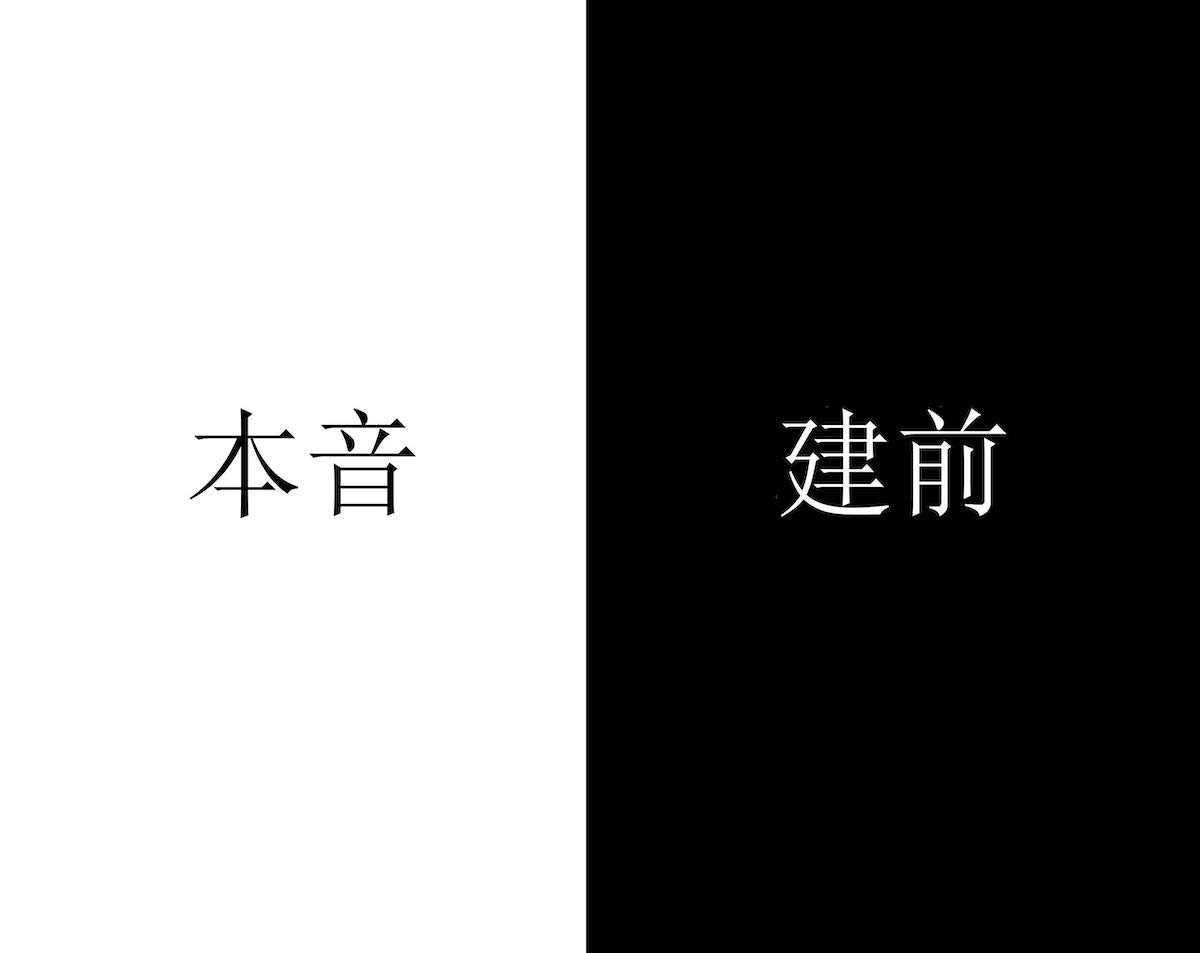 There really is no way you can differentiate between Honne and Tatemae. The best way is to understand how Japan as a society functions and accept that the Japanese will always tend to be polite and diplomatic. While interacting with the Japanese, one has to learn to read between the lines because what is left unsaid in the conversation is more important than what is actually said. Subtle things like use of certain expressions, facial or eye movements can sometimes tell you if the person really means what he says or is just practicing Tatemae. A Japanese may disclose his personal opinions to you once he has become very close to you or consider you a part of his inner group, but this could take years and till then we must continue our game of Honne and Tatemae in order to coexist happily with them.

At work one way to cross the line from Tatemae into Honne are the Nomikais or the drinking parties. That is one place the Japanese will let the guard down and let you peek into their true selves.

Honne and Tatemae may make some people perceive the Japanese as being overly diplomatic or to put it harshly, dishonest. but one must understand that the Japanese have no intention to tell lies. They are simply trying to maintain harmony and avoid confrontations; which to them as a society is of the utmost importance.