A Gaikokujin’s Guide to Living Cheap in Tokyo

An Australian and New Zealander sit peacefully at a table. Dinnertime has passed, the banter has subsided, and the conversation has turned to living matters. The details are about their…
By Tokyo Room Finder • June 29, 2020

An Australian and New Zealander sit peacefully at a table. Dinnertime has passed, the banter has subsided, and the conversation has turned to living matters. The details are about their dollars – and how living in Japan compares to back home.

These guys live in Japan now, working on their respective visas. Their jobs are different – construction and English teaching – but they both have a working knowledge of how their dollars work.
It turns out the Aussie made two or three times more each month back home. Meanwhile, the kiwi makes an amount more modest than their casino position back home. They reckon all things considered, living on Yen is the same as back in New Zealand – but the Aussie is less enthusiastic about the wages he earns for his work.

While listening to the exchange on exchanges between the Aussie and Kiwi, I’m sitting there eating persimmon on toast. There’s an agreement that Tokyo isn’t cheap. But, I am enjoying persimmon on toast, with an international host of friends, living cheap in Tokyo. If that isn’t a small luxury, I don’t know what is.

Japan isn’t the cheapest – least of all, Tokyo. But whether your perspective is in weeks or years, you can afford the experience. Put a shrewd spin on things, and you can too.

All my Tokyo residences have been share houses, where I have lived among many travelers. While I recently broke some persimmon toast at the table with Australians and New Zealanders, my early Japanese days were not accommodated by such rich characters. Far away from Tokyo, my former accommodation was not so much rich in anything as it was expensive.

I started life in Japan in a 2LDK apartment near Okayama’s “Okayama” station. Near the station and a beautiful river park, it was conveniently disposed, and it was outfitted will all expected amenities. I could even open the window and small balcony door for a cross-breeze that coursed in from the river park. Between the space of a bathroom, bedroom and kitchen foyer, I was quite content with this ¥55,000 monthly space.

Living in quiet Okayama city with only a loud laundry machine for company is far less fulfilling than taking to Tokyo and living among Bohemians and travelers, though. Sharing the same apartment amenities with modest dormitory accommodations, I live in a more dynamic (less boring) city for ¥37,000 a month. Space is certainly economized (tight) in dorms, but you can find private rooms at Tokyo share houses for less than the ¥55,000 I paid for my lonely Okayama space.

Whichever share house style is for you, though, there is always a conversation waiting in the common space. Think of the share house as a long-term hostel; without the need for non-refundable key money and guarantors, they’re also a great option for slow-traveling tourists. 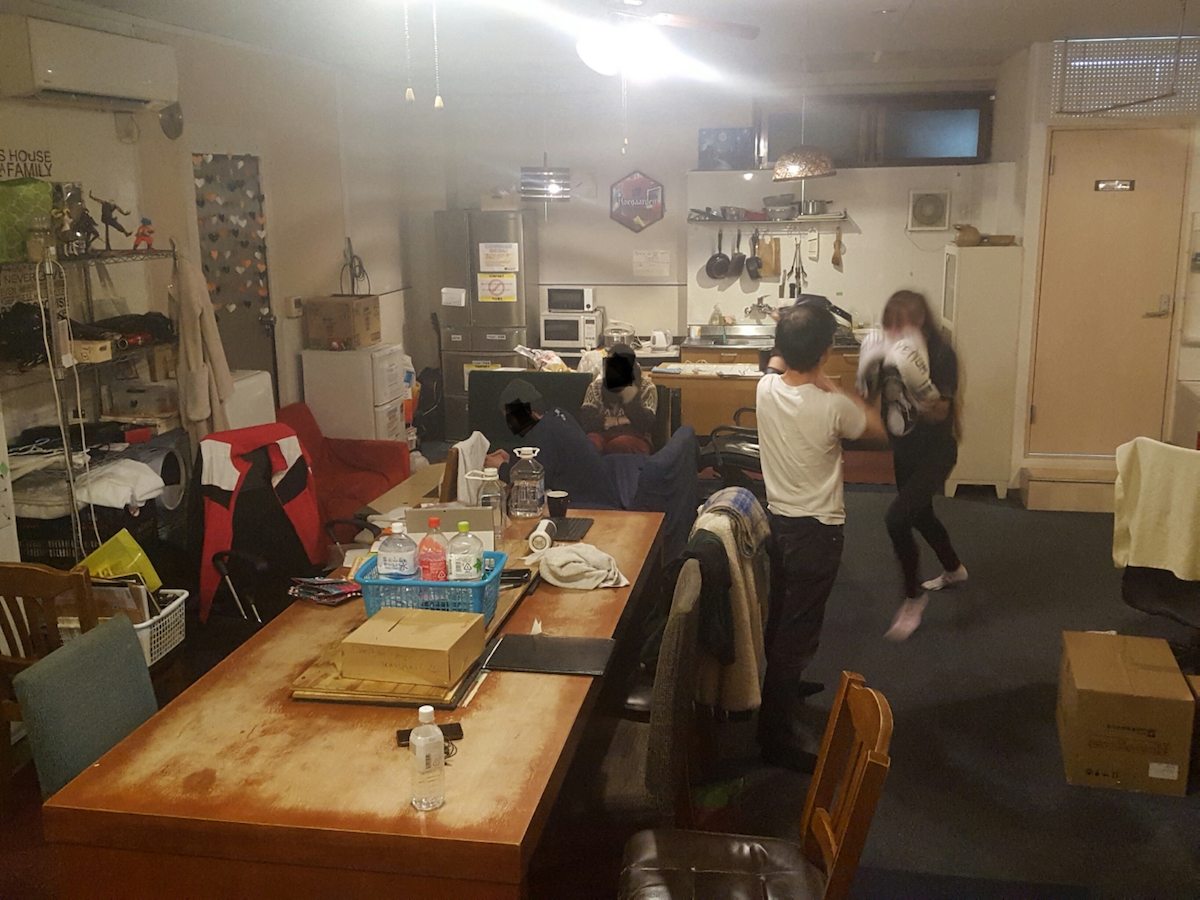 A common sight in the common room of a share house

Sup like a Shogun while Eating and Living Cheap in Tokyo

One thing I have cherished from my Okayama days is the ever-succulent persimmon on toast. A Japanese fruit of autumn, the persimmon can add a jam-like sweetness to toast. Even in their autumnal abundance, though, they can be expensive in Tokyo.

Hiding beneath their Kanji-laden awnings, green grocers economize these buys to costs only grandmas could ask for. That is to say, you don’t pay much for that persimmon. 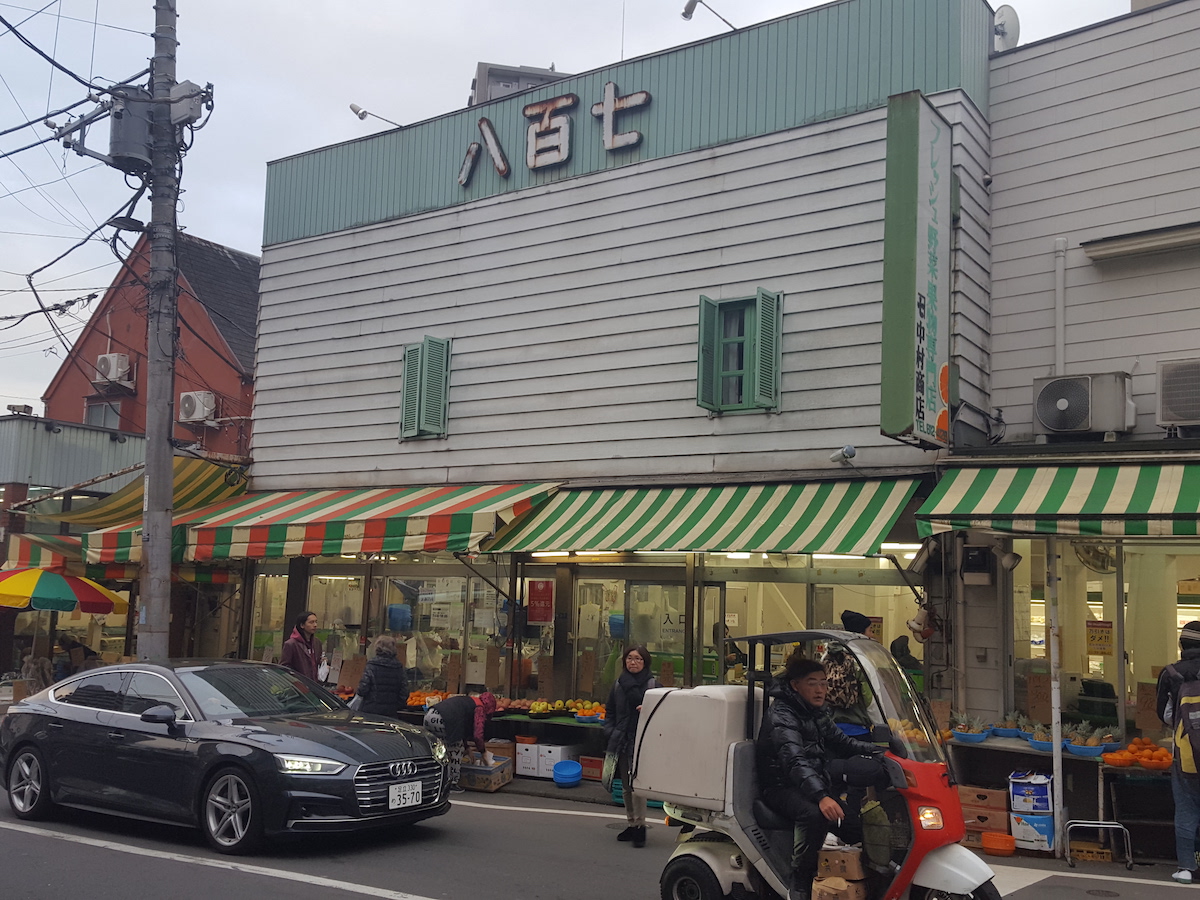 Fresh produce and green awnings are a common sight in shitamachi

Both my share houses have been in central neighborhoods – my first in Waseda and my current one in Sumida. In both areas, a cheap vegetable shop is within easy distance. A bike ride makes the trip less than the lapse of 20 minutes.

I currently go to Higashi-Mukoujima for my persimmons thick-as-fists, and my latest yield was a bunch of 8 for ¥300. Consider that a single, modest and less well-endowed persimmon sells for around ¥100. Consider also that this is a typical mark of price. Prices at a Tokyo green grocers can be ludicrous as ¥350 for 10 kilograms of carrots, or that same 10 kilograms in potatoes for ¥100.

Whatever the weight of the yield, I generally get one week’s worth of fruits and veggies for about ¥1,250. That’s a low price for the decadence of my persimmon-ginger french toast.

The Networks that Get Work Living Cheap in Tokyo

Whatever I’m bringing to the table, there’s someone peeking at my dish inquisitively. The comments from my house mates make me smile – whether full-blown in humor or half-wry in a pained grimace. Whatever the commentary, Kiwi or Korean, German or Japanese, there’s something amusing to hear.

Like my Aussie and Kiwi friends and their economic talks, share house discussion can be informative, too. I have been good at delving good green grocers myself, but I only know my recent favorite after a former housemate told another former housemate who then finally brought me along after a few months. The share house network has been invaluable to my cheap sustenance.

This share house network has also resulted in employment in my salaried and freelance vocations. I found a year-long teaching contract when a housemate left Japan and connected me to his former employer. I’ve also found writing work for a friend’s client, and inversely, connected my worldly housemates to travel writing opportunities.

Networks of friends in this city bring you to opportunities other than work, too. As a traveler, one that stands out is a Japanese friend who is always ready for a road trip. I’ve carpooled on trips from Izu to Nikko for far less than train fare and in better company than on a highway bus, thanks to befriending this avid driver.

Working or weekending, the dense network of friends you can make living cheap in Tokyo share houses and among the wider, dynamic communities of Tokyo afford you many things. They are a nexus for those elusive “connections” in life – though a better word is “friends.” 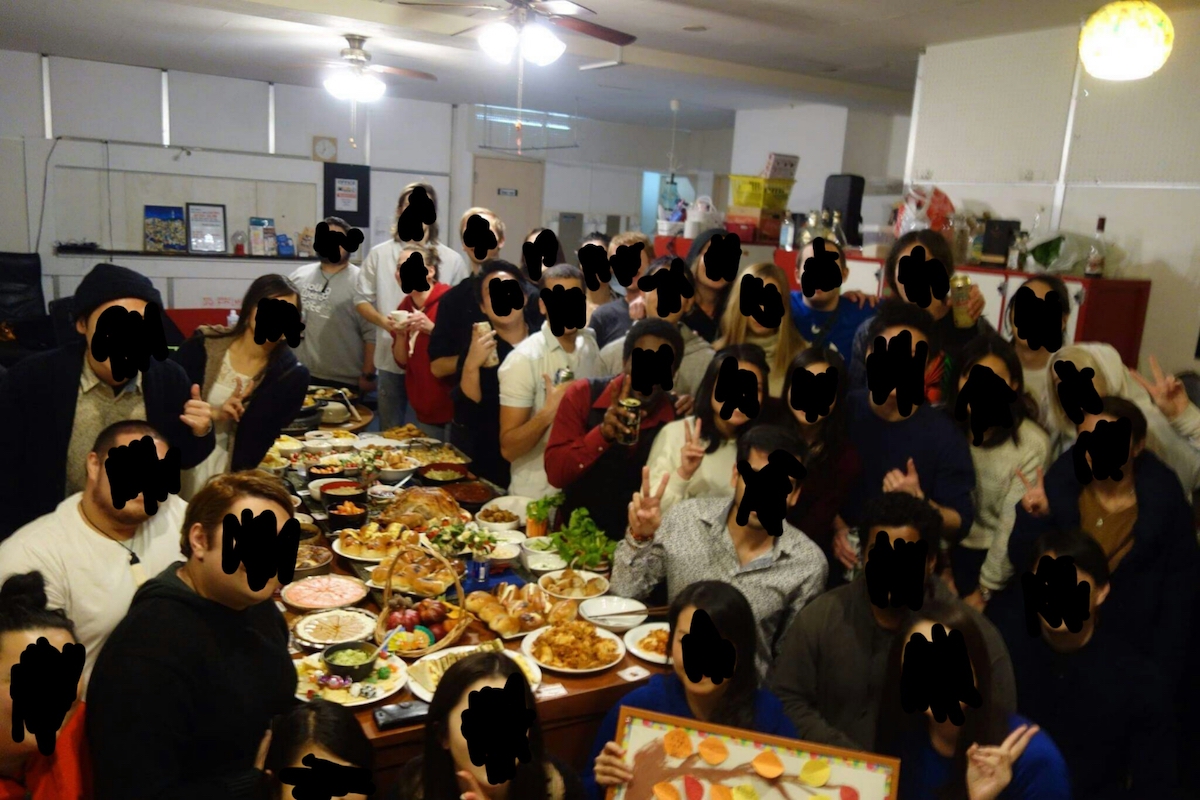 Living for Free in Tokyo

While my Kiwi and Aussie friends had a bit of a bitter word on money while I ate my sweet dish of choice, there’s one approach to monthly rent that cuts their expenses by tens of thousands of yen. It involves a few hours of their time five days-a-week, but it’s ¥37,000 that stays in their pockets.

Free accommodation provides residents with accommodation in exchange for some hours of cleaning or upkeep. It’s not actually free, but it’s still the best way of living cheap in Tokyo. My Aussie and Kiwi friends – anyone on a working holiday visa, actually – has the ability to lend their hands. It can be dirty work, but being able to listen to music and podcasts while providing unskilled labor for a community of like-minded travelers is a fine line of work.

Numerous houses offer staff positions for those who can communicate in Japanese and English. For free accommodation, simple English and a visa suffices.

Free accommodation is a part-time pleasure, and for those who can make the monthly commitment, it amounts to some fun money. Even so, those at share houses often opt for the simplicity of keeping work outside of the house. 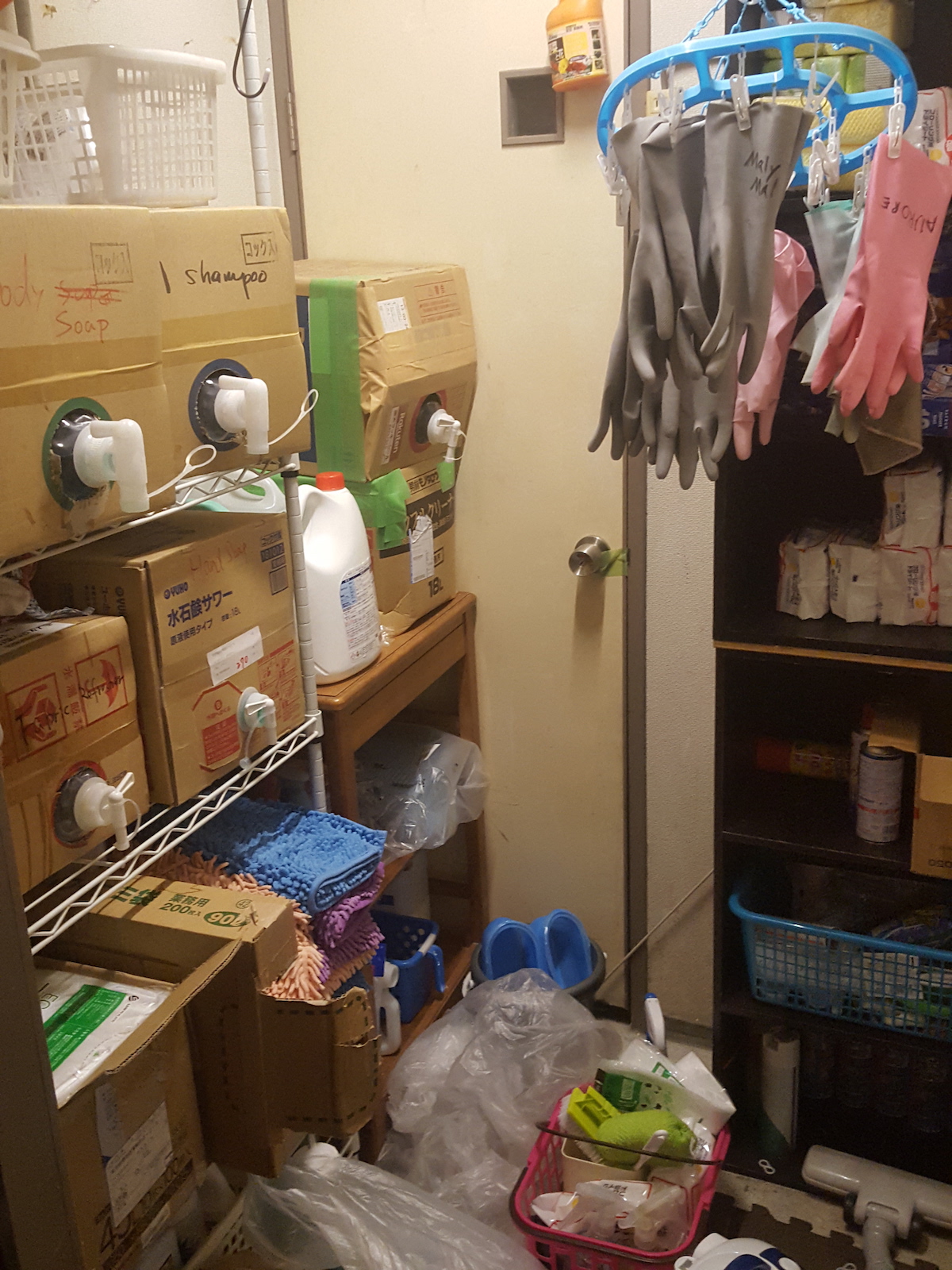 Riding for Your Cheapened Living Cheap in Tokyo

Tokyo has a good command on transit, and with its well-connected and acknowledged maze-like lengths, there’s a reason there are yearly scavenger hunts. However thorough the connections, it’s a bit unnavigable for the initiate. For everyone, it’s cramped silly at rush hour. Commutes are unpleasant, whether for work or for leisure.

Don’t spend your Suica on the commute, because this money is best invested in a bicycle. You have the breeze on your cheeks, the sounds of the city, and no need to be breathed on in the stifled subway.
Used bicycles of the lauded (serviceable) ママチャリmamachari variety can be found from ¥4500 to ¥7500 at the many local bike shops. They are one-gear wonders, and when purchased, there’s only one thing between you and the road. Once purchased, you need to register the bike to your name and address.

Tokyo has hills in its central portion, but pedaling is generally a copacetic cycle. Whether its your first day living cheap in Tokyo or you’re just passing through, a rental bike is a great way to change gears and work all your excitement into a tour of the new city. Between ¥100 bicycle parking and ¥800 daily rentals, the price is a near-match, and the ride jolts you out of railway ennui.

Lollygagging or Living, Cheap in Tokyo is the Way to Go!

Ennui is the last thing someone should look for in their experience abroad. Whether you’re a wide-eyed traveler or someone living in their dream country, nothing should deaden the beat of the heart. Jump on that mamachari and start riding, and saving your pouch of yennies.

The kiwi and the Aussie have fresher faces than me for Japan, yet they’re already talking money. But with my persimmon on toast, I know they’ve found the most sustainable lifestyle in Tokyo. I’ve been here years, but I still feel that electricity between my personal connections and commutes. The old share house lounge always welcomes, and its tavern chit chat could welcome your next quest in Japan. There will be plenty of gold ¥500 coins to spare. 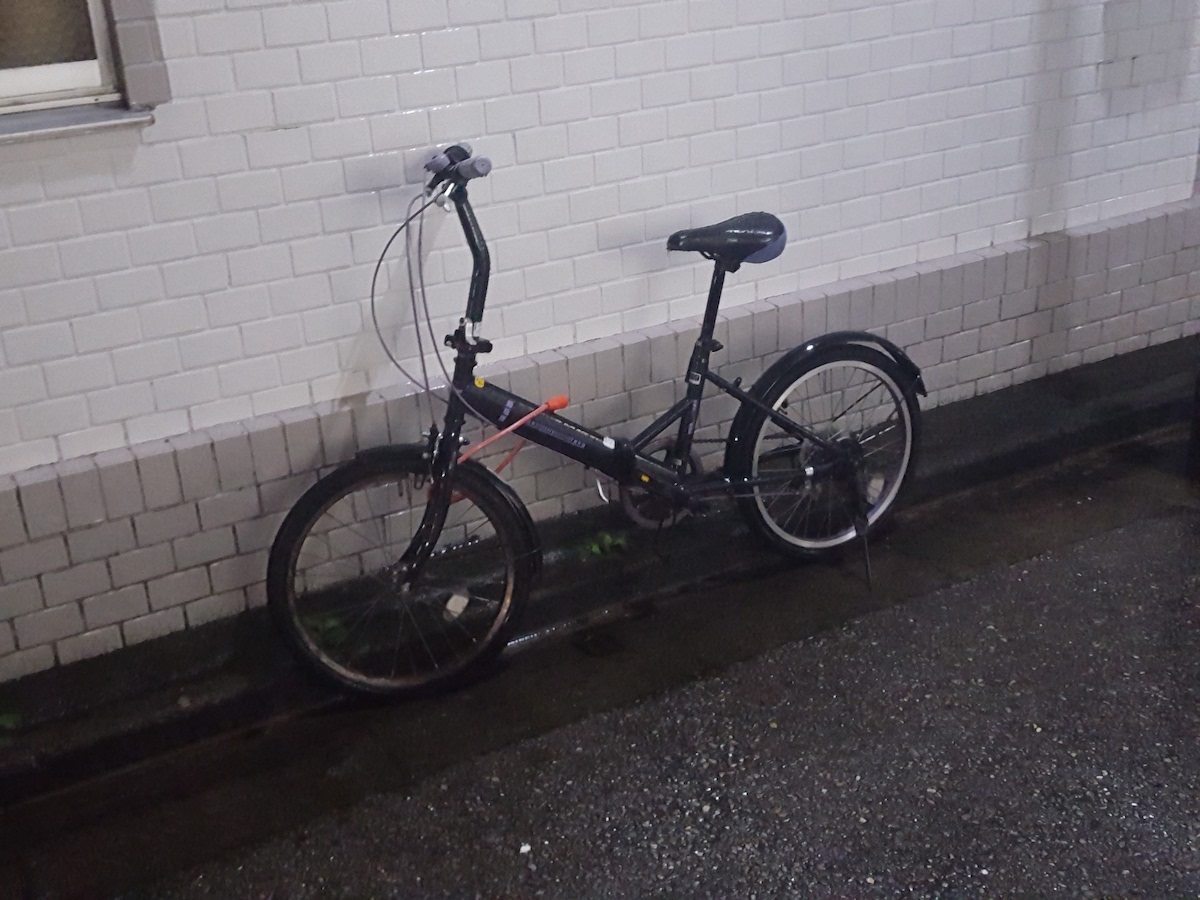 How to Make a Bank Transfer in Japan

It’s true that in the era of high-speed internet and smart phones, you can handle most of your money matters in Japan…
By Erin Himeno • October 23, 2020

The Technological Wonder That Is The Japanese Toilet

Along with eating Sushi, taking a dip in the Onsen and wearing a Kimono, using a Japanese toilet should rank as one…
By Ruchira Shukla • October 12, 2020

How to Bring Your Pet to Japan

If you’re determined to achieve the dream of studying or living long-term in Japan but just can’t bear to part with your…
By Erin Himeno • October 7, 2020