Fun facts about the Yamanote Line

Love it or hate it, the Yamanote Line is arguably the most important train line in Tokyo, both culturally, historically, and geographically.

I decided to move to Tokyo despite hating crowdedness. Actually, during my first trip to Japan that spanned over 4 months and many cities and prefectures, I had concluded by the end of it that Tokyo was my least favourite city. But, there is something to be said about the romance of living in the biggest city in the world, and so I went for it.

That romance quickly disappeared the first time I was squished into a train during rush hour. I remember it being a quick stop – Ebisu to Shibuya. I contemplated walking it since it was only about 15 minutes or so, but the ride was 3 min and I was tired that day. Well, after tapping into the station, I realized I had made a huge mistake. The size of the crowd waiting at the platform is just something I can’t even put into words. It was a scene straight out of a zombie movie. Hordes of people flowing in and out with no real sense of direction. I felt like I was in a wave pool.

Every time the platform would clear out just enough to give you hope that you could board the next train, more people would suddenly appear as if out of thin air. The 3 min journey turned into a 20 minute one as I struggled to assert myself in the crowd. Amidst the confusion, I couldn’t even handle making the decision of leaving the station and walking instead as I would definitely be late meeting my friend if I walked, whereas there was still hope of making it on time if I managed to board a train. From then on, I promised myself that if it was possible, I would avoid the Yamanote Line. 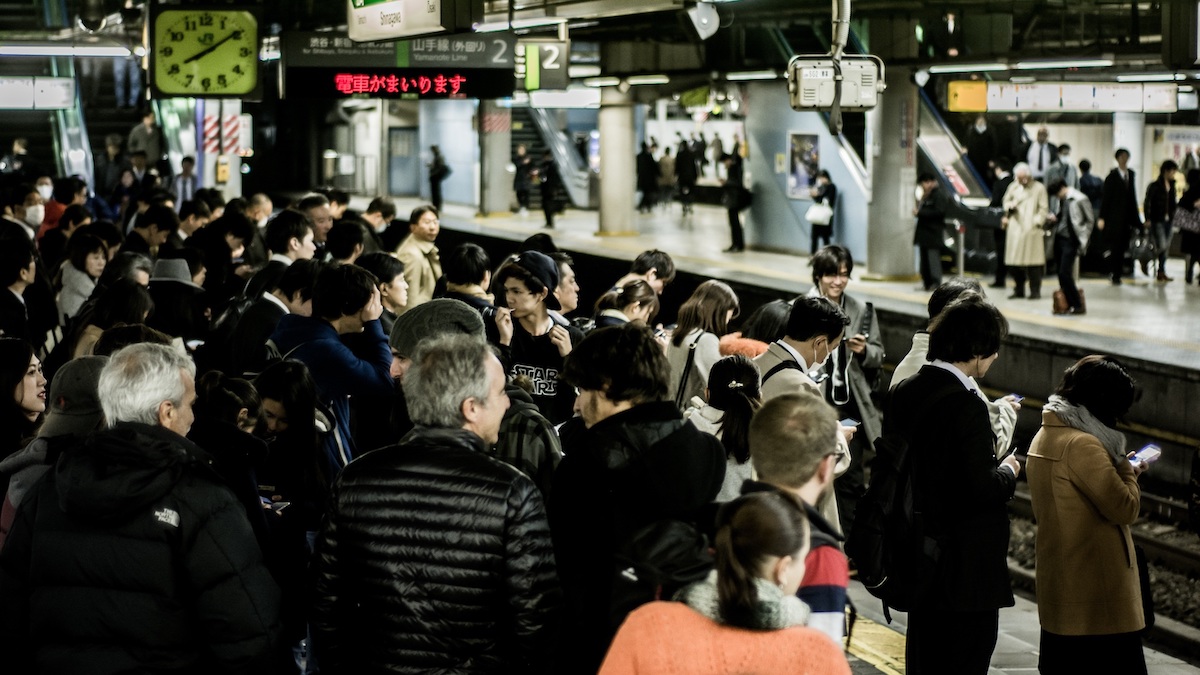 This is, of course, an impossible task as the Yamanote Line is located in central Tokyo. With 30 train stations in total, most of which are recognized only by name even by non-Tokyoites, it’s safe to say that this is the most important train line in Tokyo.

Though I still proudly live far and away from the beast that is the Yamanote Line (I just enjoy quietness), I can understand its importance both culturally, historically, and geographically. As it connects most major urban centers in Tokyo, I find myself riding on it at least once a month. If you spend an afternoon in every station on the line, I bet you can safely say that you’ve experienced every type of Tokyo there is to be offered in those 30 stations. Well, except maybe for “Tabata Nothing”.