National Foundation Day is one of the 16 national holidays marked on the Japanese calendar, but do you know what it commemorates? Read on to find out!

National Foundation Day 建国記念の日 is celebrated on February 11 every year (January 1 of the lunar calendar), the supposed day that Japan’s very first emperor 初代天皇, Emperor Jimmu 神武天皇 acceded the proverbial throne. In 2021, February 11 falls on a Thursday, so there will be no incidental three-day weekend.

Trivia: National holidays are also referred to as “hatabi,” or “akabi.” Do you know why? If you do, leave the answer in the comments!

Where Did National Foundation Day Come From?

Without Emperor Jimmu, there would be no National Foundation Day. Or would there? Stories about him can be found in both of Japan’s oldest written records, the Nihon Shoki 日本書記 and Kojiki 古事記 (compiled in 720 B.C.). However, scholars contest whether he actually existed or not. Nevertheless, he is a key figure in history and an interesting hero of Japanese folklore.

The mythical first emperor has an interesting family history, which begins with Izanagi and Izanami, the original creator gods. Izanami died giving birth to the god of fire, and after a futile mission to bring his wife back to the realm of the living, Izanagi performed a ceremonial purification ritual in a pond. As he washed his left eye, Amaterasu Omikami 天照大神, goddess of the sun, was born. Amaterasus’s grandson was Ninigi, to whom she bestowed pearls, a mirror, and a sword, which together are called “sanshu no jingi” 三種の神器, the three Imperial Regalia which are said to have been handed down to the present day and stored out of sight in shrines across Japan. Ninigi married the mountain king’s daughter, who gave birth to a son, Yamasachihiko, who married the sea king’s daughter, Toyotamahiko. When she was about to give birth, Toyotamahiko secluded herself in a cottage made of cormorants’ feathers, making her husband promise not to look inside until it was all over. Of course, Yamasachihiko did look, and he was aghast to find that his wife was not the beautiful lady he had thought, but instead a fearsome shark. Having been discovered, Toyotamahiko returned to the sea, abandoning her husband and newborn son. This son grew up and married his aunt, who bore him four sons, one of whom was Jimmu (whose name, until after his death, was Iwarebiko no Mikoto).

Did you get all that?

The Conquest of Iwarebiko no Mikoto

Present-day Japan is a peace-loving country, but its history is full of war. At age 15, the boy Jimmu became Crown Prince 皇太子. As the grandson of Ninigi, to whom Amaterasu had given the task of ruling the earth, Jimmu made it his mission to unify Japan and establish a peaceful government. At age 45, he and his brother embarked on a journey eastward from present-day Miyazaki Prefecture to Yamato, which is present-day Nara Prefecture. Their journey over land and sea was not an easy one. Rough waters, resistance from local chieftains, deadly poison, and treacherous mountain passes stood in Jimmu’s way, and along the way his brother died of battle wounds. However, with help from local gods, a magical sword, a three-legged crow, and his ancestor Amaterasu, Jimmu eventually reached Yamato, took the throne, and thus began Japan as a nation.

The History of National Foundation Day

With such epic origins, why does this day easily pass by without notice? The fact is, National Foundation Day is the black sheep of the national holidays. During the Meiji Era 明治時代 (1868-1912), Japan was scrambling to become a modern country. Countries like France and America commemorated their formation as a nation by means of a holiday, and Japan followed suit by creating Empire Day, or “Kigensetsu” 紀元節. It was widely celebrated until after World War II, when the US occupying forces (known in Japan as GHQ, General Headquarters) abolished it due to its empire-centric nature. Not long after, a poll showed that 80% of voters wanted it back on the calendar, and nine failed attempts were made to pass a bill reinstating it before it finally became official in 1966 under the new name of National Foundation Day. 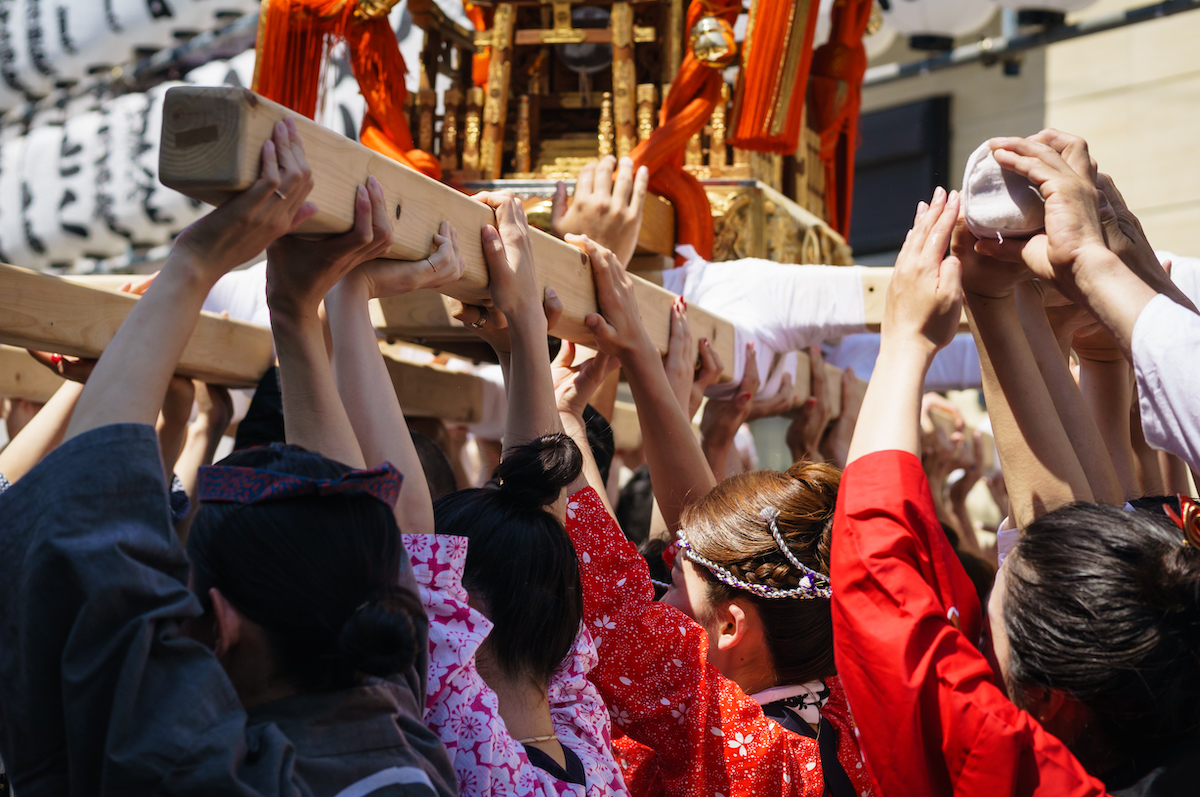 How Is National Foundation Day Celebrated?

The official purpose of National Foundation Day is to remember Japan’s foundation and to cultivate a spirit of patriotism 建国をしのび、国を愛する心を養う. While citizens of other countries fly (or wear) their flags all year round, the “hinomaru” 日の丸 is displayed more sparingly. On February 11, however, you will see red and white flags fluttering from flagpoles and lampposts all over town. Although National Foundation Day is relatively low key for a lot of people, if you go to the right places, it’s anything but quiet. The Imperial Palace and shrines all over Japan collectively attract crowds of thousands. Kashihara Shrine in Nara Prefecture is especially popular, as it is the place where Emperor Jimmu is said to have ascended the throne. In Tokyo, Meiji Jingu Shrine alone sees crowds of over 6,000 participants. Color guard teams, cheerleaders, and marching bands from local schools perform, portable shrines 神輿 are carried down Omotesando Dōri, the national anthem, or “Kokka” 国家 is sung, and offerings of “tamakuji,” 玉串, the branches of the sasaki evergreens, are made. However, for obvious reasons, this year public attendance is discouraged, but you can get a little taste of the atmosphere online. 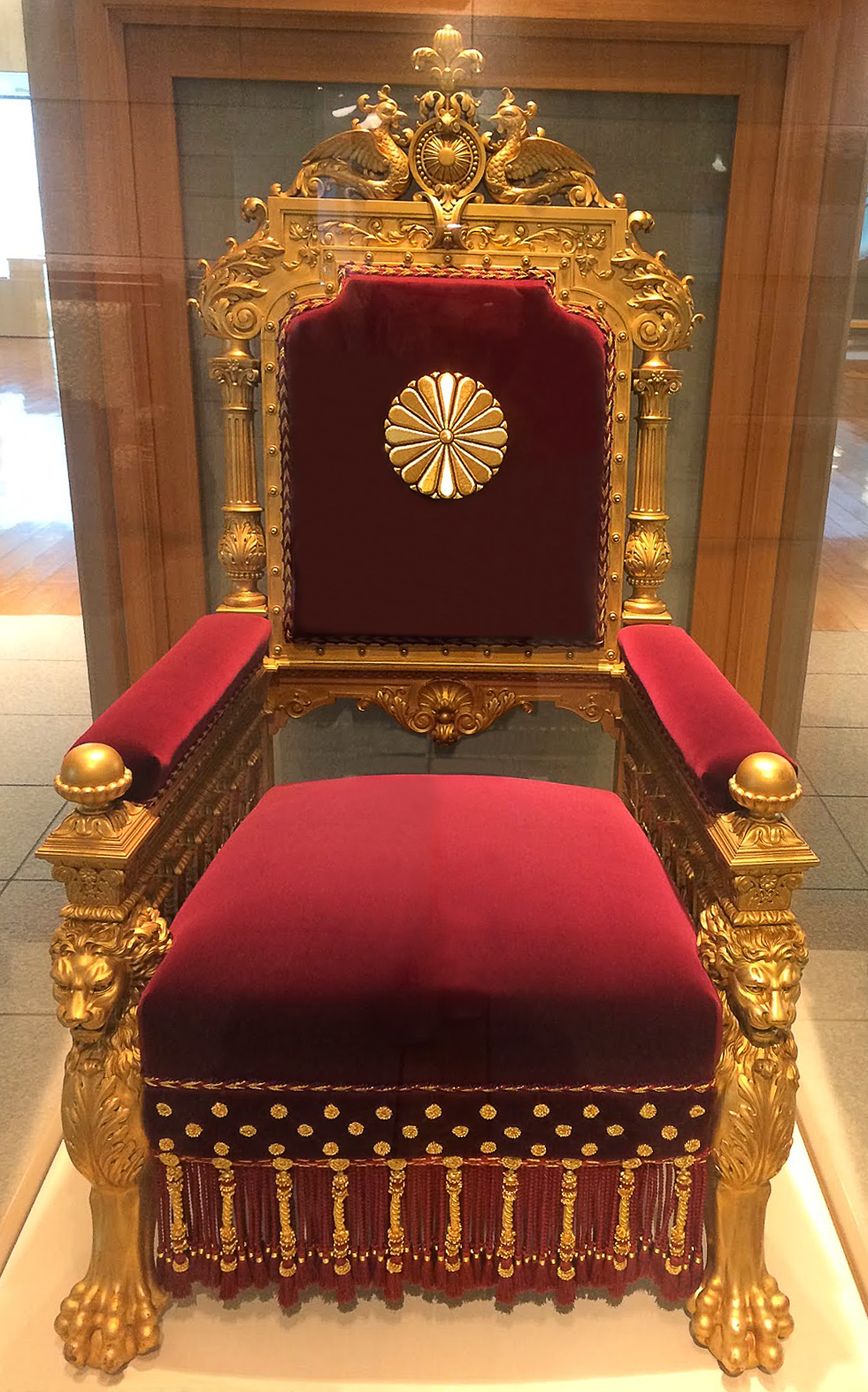 What Do Japanese Think About Divine Rule?

My Japanese friend noted that it is always sunny on days related to the emperor because he’s descended from the sun goddess. She said it very seriously, and when I asked if Japanese really believe that, she laughed and said, yes, because it’s part of their history. After a moment’s reflection, she added that although they believe it, it’s sort of in the same way that Westerners believe in Santa Claus. Whether that’s her personal opinion or is true for other Japanese, I’m not sure, but it was interesting to hear!

Final Trivia: Did you know that National Foundation Day is technically the “celebration of” and not the “anniversary of” the founding of Japan, because of the dispute over Emperor Jimmu’s historicity? For the grammar-savvy, this is the meaning of the “の” in 建国記念の日.

To wrap up, here is a timeline of formation of National Foundation Day:

This year you may not be able to join a parade or observe any ceremonies in person, but you can celebrate the foundation of Japan by learning more about its history, cooking your favorite Japanese food, sharing photos of Japan with your friends abroad, or by sharing this post! Any other ideas? Let us know in the comments!