The bento box is an integral part of Japanese food culture. Right from the home cooked bento to the ones sold at convenience stores, they are not only visually appealing but also tasty and nutritious.

A bento is a single-portion boxed meal common in Japan. The word bento originated in China and means convenience in Japanese. in Japan, the word “bento” has been used since early 13th century and bento boxes have existed since 16th century.

The bento first made an appearance in the Kamakura period (12th century) when people started carrying dried rice in small bags to work which they would later eat by adding to hot water. This became a little more refined in the Edo period (16th century onwards) when onigiri (rice wrapped in seaweed) was carried in bamboo leaves. Slowly craftsmen started developing beautiful lacquered boxes to carry food. During the Meiji period Bento boxes became popular with students and teachers at schools. This was also when the bento boxes started making an appearance at railways stations for hungry travelers. The popularity waned in the early 20th century after the world war and the shortage of food. But later with the increase in convenience stores and the use of microwave, bento became very popular amongst the office goers.

Bento boxes are not only used by school kids and working people but there are special bento boxes for various special occasions. Let us look at a few of the popular ones.

These bento boxes were eaten between acts during theater performances. Performances usually lasted for several hours and people began to take lunch or dinner boxes with them to eat while they waited for the next act. This bento usually has food items that could be easily eaten such as onigiri.

Ekiben or Eki Bento (Eki – Station) are bento boxes sold at train stations. They form a very integral part of train travel in Japan. The first Eki-ben appeared at Utsunomiya station in Tochigi prefecture. Eki Ben usually features food that is specific to that region. You can buy ekiben at train stations, inside long-distance trains and at convenience stores attached to the station.

Kyara-Ben or Character Bento have food cut and decorated in the shape of a famous cartoon/TV character and are usually given to young school going kids. vegetables and meat is cut into pretty patterns and the rice molded into different shapes using special molds and cutters that come just for this purpose.

Koraku Bneto is a large bento box usually shared by a group at picnics. They are very popular during cherry blossom viewing. The food and presentation usually reflects the season.

How to make your own Bento

If you want to take a proper bento to lunch like your Japanese colleagues instead of just putting together a sandwich there are some basic rules to follow.

The most popular is the 4:3:2:1 ratio rule (4 parts carbs, 3 parts protein,2 parts vegetables and 1 part pickles). Usually rice or noodles is used for carbs and protein is either seafood or some meat. Tofu and eggs are also popular protein choices. Vegetables are usually steamed or lightly cooked. Pickles can be anything from pickled cucumbers to pickled plum.

A bento box should contain a variety of colors, textures and flavors. This not only makes the bento visually appealing but also ensures its nutritional value.

Special care should be taken to see that different foods don’t touch each other and flavors don’t mix. Food is divided into sections using silicone cups and dividers. Usually, these silicone cups come in bright and cheerful colors which improves the presentation of the bento.

Once your bento is ready you can wrap it in a pretty cloth called furoshiki.

Bento boxes and the accessories like silicone containers and dividers are available everywhere. The most popular place to buy them is 100 yen shops. There are entire aisles dedicated to colorful bento boxes and accessories. Almost all grocery and department stores will also have some bento accessories in their kitchenware section. For high end bento boxes you can also try stores like Tokyu Hands and LOFT. 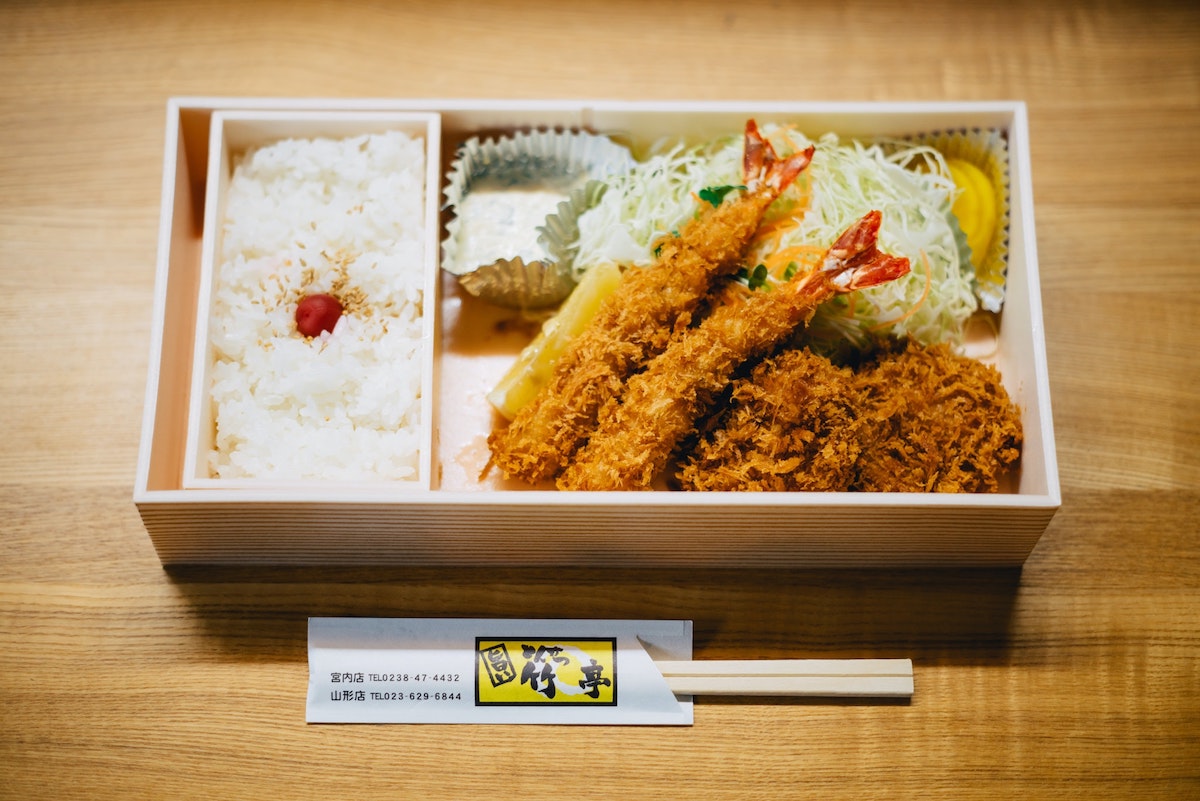 Where to buy a bento when you are hungry

If you can’t make your own bento you can always pop out during your lunch break and buy a bento from any of these places.

Restaurants in and around business districts and in areas that have a lot of offices also put up a table of bento boxes outside their restaurant during lunch break. These usually contain popular items from their lunch menus. If you are too busy to sit in a restaurant and eat during your lunch break, you can always grab one of these bento boxes.

You will also find bento boxes in supermarkets and grocery stores. Usually by late evenings the bento boxes are sold at a heavy discount. It is common to see people grab theses bento to eat for dinner.

Railways stations have shops selling the famous Ekiben. Some of the stations are famous for their bento boxes. Infact Tokyo station has many famous bento shops such as Ekibenya Matsuri.

Bento has certainly evolved over the years and is now a very integral part of Japanese food culture. For people new to the country who don’t like to cook that often, bento comes as a life savior.

9 Places to buy Clothing on a Budget in Tokyo

If you want to get in on Tokyo’s vibrant fashion scene, but don’t have the budget, here are some great stores where…
By Marie Kitsunebi • October 18, 2021

If you live in any large city in Japan, there is bound to be a Depachika with food delicacies not far away.…
By Jessica Bauman • October 15, 2021

Habits you learn after living in Japan

After living in Japan for a while, you tend to pick up Japanese habits that you never had before. This article takes…
By Matt Russell • October 11, 2021