From Miyajima with love

Before going to Miyajima you should prepare for a travel back in time a few hundred years ago when the Warriors built the first shrine on the island. And even…
By Tokyo Room Finder • February 13, 2020

Before going to Miyajima you should prepare for a travel back in time a few hundred years ago when the Warriors built the first shrine on the island. And even if you have visited Japan, Miyajima will appear to you in a different way than you expect: here everything seems to be stuck in Edo Period (1603-1868), from the houses to the few people living on the island. 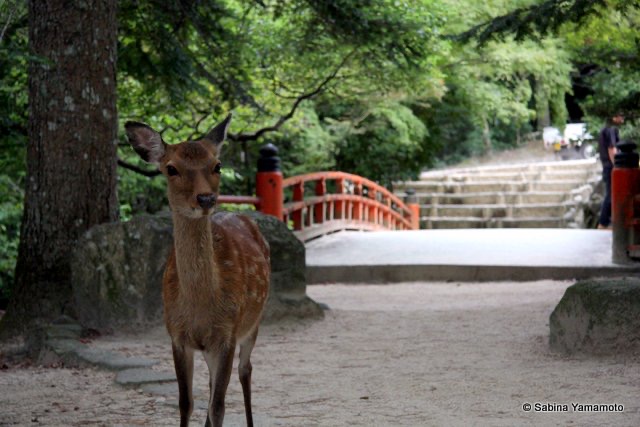 Officially called Itsukushima, is an island on the west side of the Sea of Japan, located in the northwest of the Gulf of Hiroshima, a 30-minute ride from Hiroshima station. Most often it is called Miyajima, which was in the past the name of the town on the small island. Miyajima literally means Shrine Island and is part of Nihon Sankei (Three Views of Japan) and also is one of the World Heritage sites in Japan.

Is it really a boundary between the mundane and the sacred?

I walked to the station that morning with the filmy sky, the rain scent carried into the streets by a cool breeze was sneaking under my shirt and the sunlight was diffused. I grabbed a few things: my camera, a book, a snack and ran to catch the train. I pushed my way through the crowd, everyone was hiding under umbrellas, trying to avoid the cold weather. The train seemed to be carried by the wind among the provincial cities, the scenic country landscapes with traditional Japanese houses and among the rich rice fields that seemed to be coated in gold dust. I took my book to read, but soon forgot about it, from my window seat the view of the Japanese fall took my breath away, I just leaned my forehead against the window and stared out. After 30 minutes of traveling on a local train, I arrived at the small and cozy train station, Miyajimaguchi.

I found the pier easily, located just a few minutes away from the station. I bought a ticket for the ferryboat from a vending machine for just 180 yen. I sat in a row on a wooden platform built in the traditional style and waited for a few minutes to board. The ten-minute ride on the water was a pleasant experience. 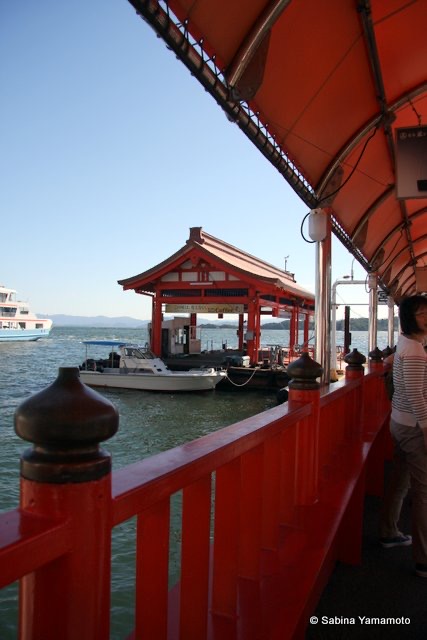 Although the breeze was strong and cold, all travelers, most of them foreign tourists, were crowded around to take as many pictures as possible. The most sought after was the Torii (traditional Japanese gate found at the entrance of a shrine altar, symbolizing the passage from profane to sacred), one of the biggest tourist attractions on the island. I was curious to see the floating gate, in my mind I couldn’t imagine it. I was searching the horizon for a glimpse, and then, there it was far away on the right side beautifully colored in red, imposing and silent, like a charming sea goddess. 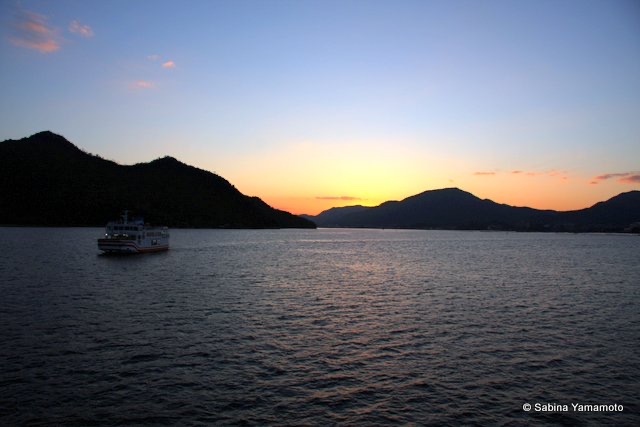 What you see first when you step on the island are the dozens of deer walking freely among people in search of food or just resting under the pines that surround the Setonaikai National Park. They are gentle and always eager for attention. They are venerated animals in the area and are considered actual sacred messengers of the gods in the Shinto religion. However Miyajima’s deer are always hungry, so be sure to secure your bags as they will try to steal your food. 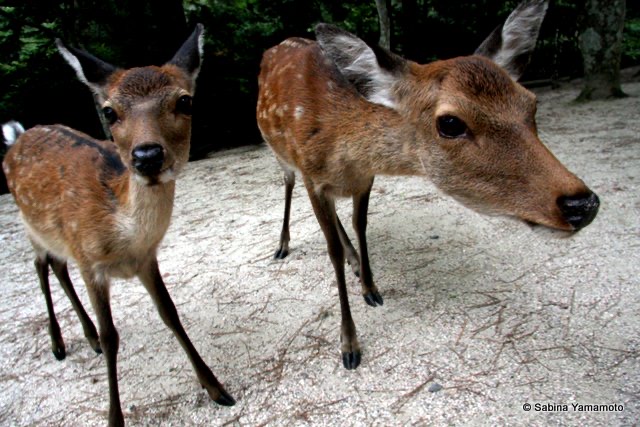 In Miyajima the day can pass quickly, there are so many things to try, that a single day won’t be enough to experience everything.

You can lay down on the beach and view the beautiful traditional gate or the temple Itsukushima, which is also built on water, leaving you with the unreal feeling that actually it is floating on the waves. 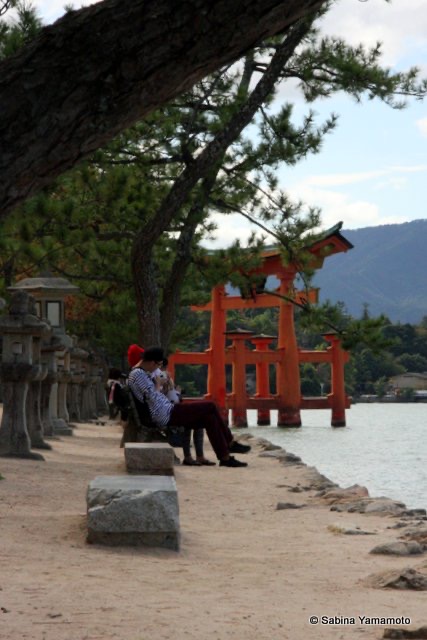 You could start to search for souvenirs among the dozens of shops with all kinds of goods: small figurines of deer, Torii, temples and shrines, wooden spoons, amulets, plates of all sizes hand-painted by locals, key chains, stuffed toys and so on. 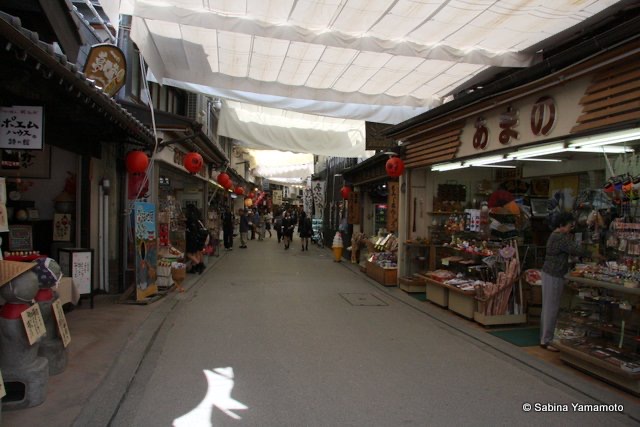 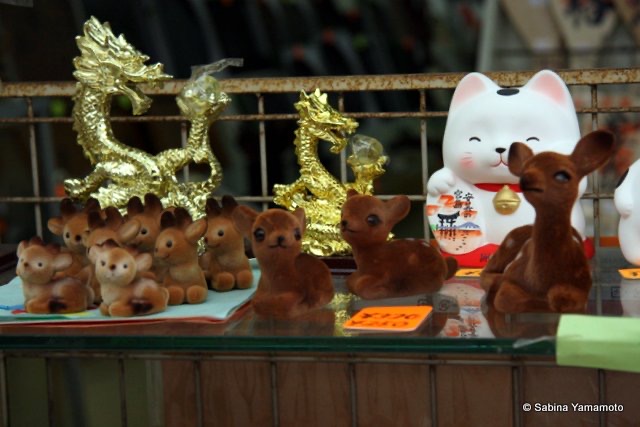 You could also visit all the temples: 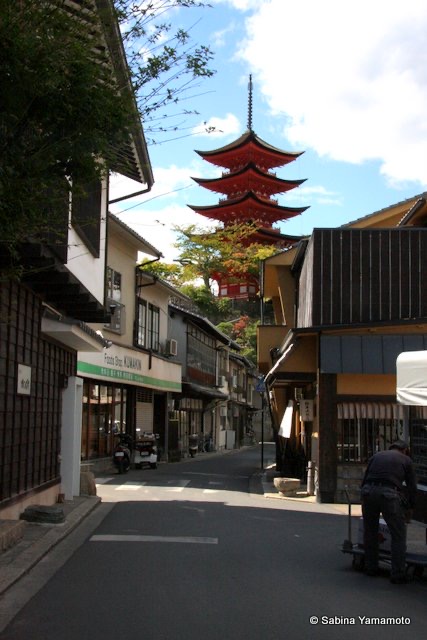 If you get hungry, you can also stop on the street from where you can buy croquettes, nigiri ten (kind of fish paste on a thin bamboo stick) garnished with slices of ham, oysters, shrimp, lotus root, squid, burdock root, kaki furai (deep-fried oysters), baked chestnuts or ice cream. 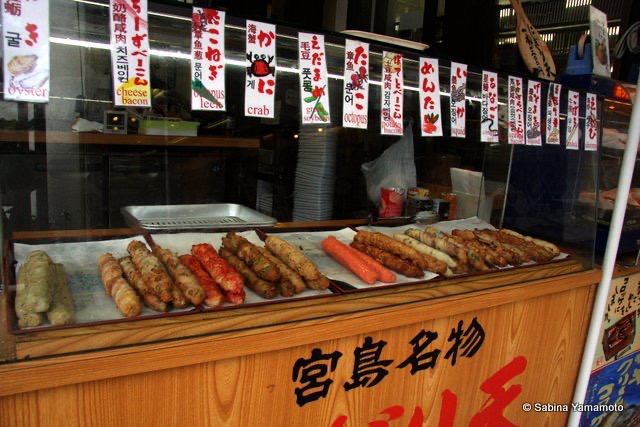 You can choose from a variety of full-menu restaurants, from the famous sushi to local delicacy dishes, okonomiyaki (Japanese pork pie with cabbage), oysters and fish prepared in various ways. Another specialty of the area, which you can find in any season, is Momiji manjū, a pastry product usually filled with azuki cream (a type of reddish-brown colored bean), jam, chocolate cream, vanilla or cheese, in the symbolic shape of the maple leaves.

In Miyajima, there are so many maples trees that when the fall arrives, the island seems to be covered in hundreds of colors, strong shades of red, ocher, yellow and cobalt green. You maybe be able to see the beauty of it in the photos, but the real show can’t be captured by any photographer. If you read these lines, let me tell you, you have to go there and see with your own eyes to feel the magic of it. 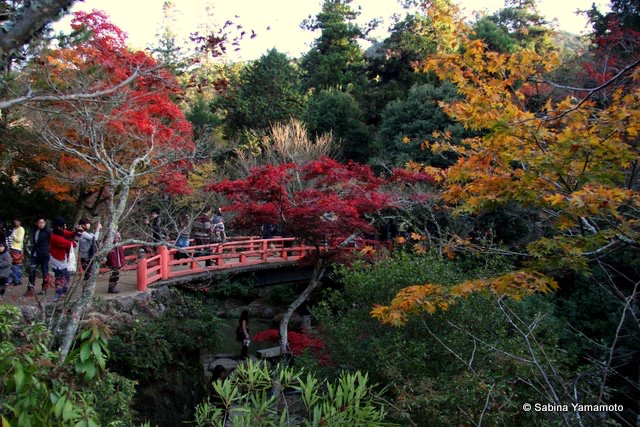 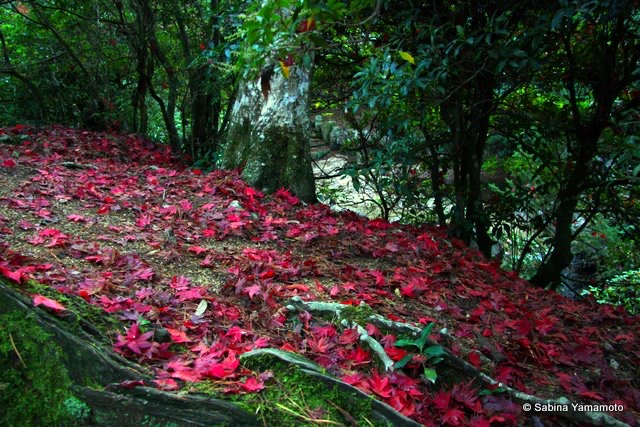 Nothing but a dream

If you leave behind the gate, the temple, the pagoda and walk away from the touristic area, if you have the guts and slip through the narrow streets, among the small houses, you will find relaxed people living their ikigai (a Japanese concept that means “a reason for being”), you will feel the soul of this unique part of the world. A city stuck in time, cut off from the world, full of history, with deer on the streets, with wooden roofs, with women dressed in kimono, and small vegetable gardens. A small city with 2,000 residents, of which only 100 are children, but where around 3 million tourists come every year. Smelling of bamboo, moisture and, kinmokusei (sweet olive) flowers, smelling like something you forgot a long time ago, Miyajima is the island where “People and Gods Live Together”. When the ferry will be taking you back to the city, you will feel like you’re almost afraid to look back and discover that Miyajima and its beauties have sunk back in time, and the past few hours were nothing but a dream. 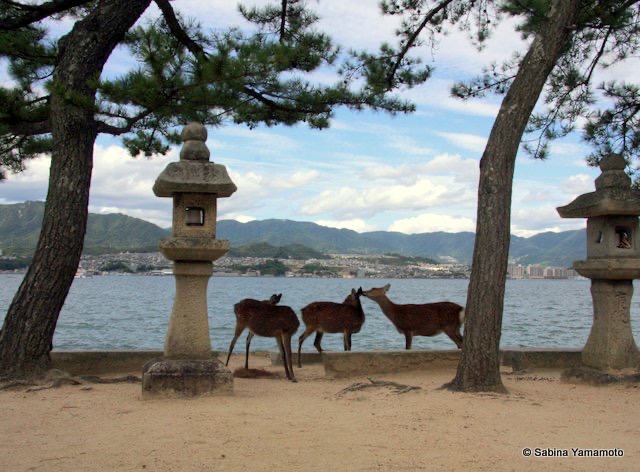 We hope you enjoyed this journey to Miyajima! If you wish to have all the details about this wonderful island, visit Miyajima Tourist Association website.

To know more about Hiroshima before reaching the island, check our Blog article from Turner.