Benefits of Living in Osaka vs Tokyo

Five solid arguments that’ll convince you Osaka is better than Tokyo. These benefits are game changers for anyone thinking of where to live in Japan.

Osaka or Tokyo? The age old question. Many pre-visitors get stuck with this mind-boggling question. “Which city should I choose?” Being faced with this very question previously, I weighed the benefits and came up with some pleasant results, ultimately choosing Osaka. Allow me to share what great influences Osaka had to win me over. See just how good these benefits will sway your decision in Osaka’s direction.

Not as Expensive as Tokyo

For starters, Osaka will treat your wallet, budget, and lifestyle expenses fairly better. Some people will claim Japan in general is expensive, but this will come down to where you usually shop and your routine spending habits. But don’t just trust the words of this article, you can actually compare every cost of living expenses between Tokyo and any other city in the world by using apps or websites such as Numbeo.com or Expatisan.com.

No matter if you’re in search for an apartment or a house in the north, south, east, or west, you’ll be able to find reasonably sized accommodation in Osaka for a price you can live with. However due note the outer regions of the city will offer much bigger apartments without reaching unspeakable price ranges. This could also be a blessing for students who want to study in Japan without having to consider smaller town areas that are away from all the excitement of the big city.

Furthermore, Osaka is just about the same size as Tokyo and has many exciting attractions but will prove lighter on your spending. With both cities having similar areas that rival each other. You’ll soon realize Nipponbashi rivals Tokyo’s Akihabara, and Universal Studios Japan is an excellent competitor towards Tokyo’s Disneyland.

Unlike Tokyo, Osaka has easy access to other interesting places, such as Kobe, Nara, Kyoto, Wakayama, Mie, and Hyogo. All of which are 40 minutes to an hour and a half away from Osaka. What’s more is that you’ll have the convenience of going to these places with widely available modes of transportation to choose from. If you do choose to live in “The Big O”, and later found yourself having already explored every crevice of Osaka, district by district, you’ll still have the other cities waiting around to be explored while being easily accessible by the local JR Lines and shuttle bus. For more speedy methods of getting out there, the Shinkansen is also available. For those holding an International driver’s license can rent a car to go road tripping to these nearby places. The surrounding areas consists of Nara’s famous free-roaming deer park, Wakayama’s Shirahama town which is hot spring and beach area, Kobe’s Chinatown, the many cultural landmarks of Kyoto, and Mie’s Ninja village just to name a few. 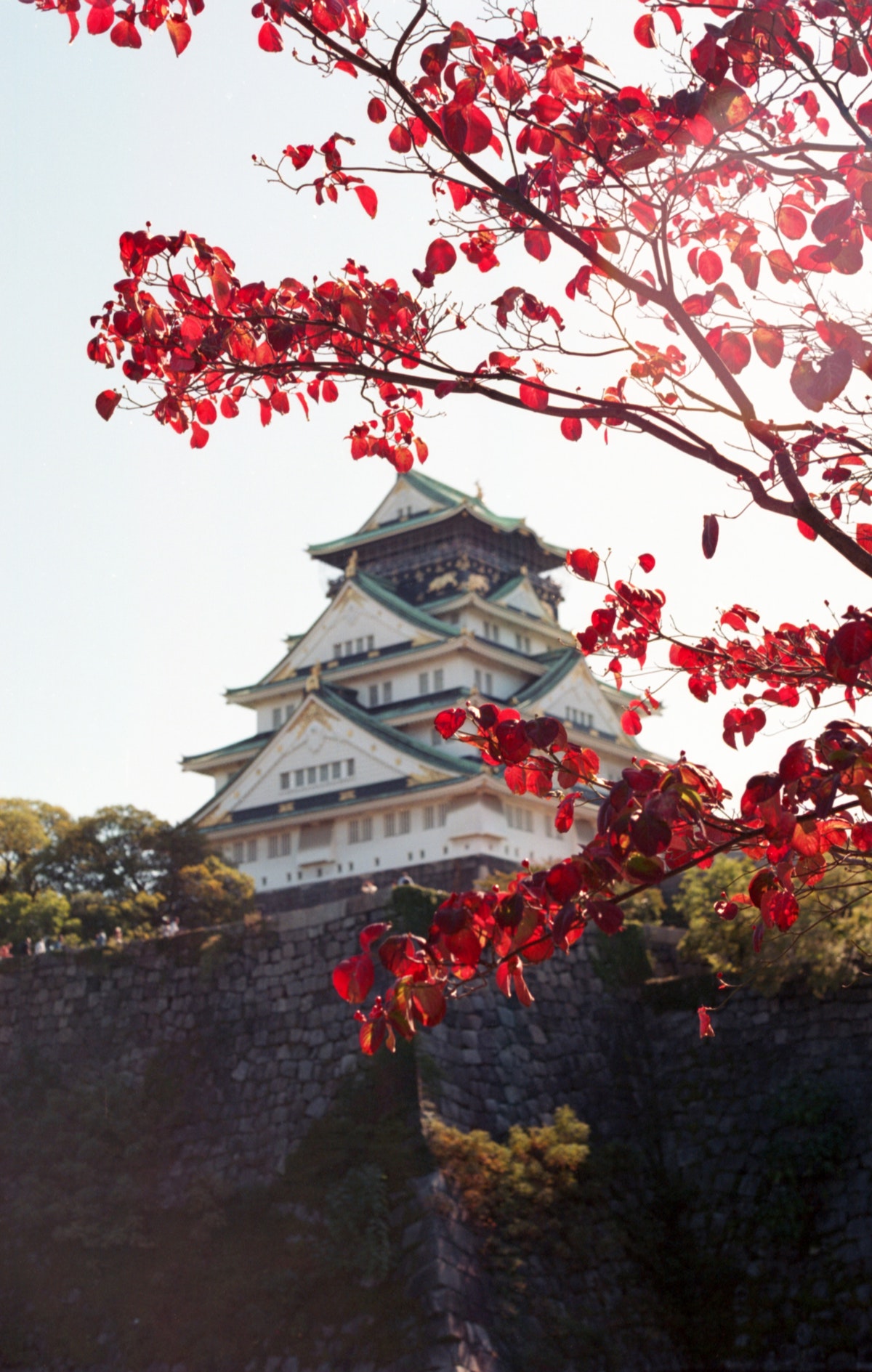 Double Up Your Japanese

For the language acquisitionists and those who have a knack for picking up languages, one sure advantage you’ll benefit from while living in Osaka is learning standard Japanese and the Kansai dialect. Even though you can get away with just using textbook Japanese, learning Kansai dialect will give you more cool points. You’re cool factor is going to be taken to new heights so to speak. Although there aren’t as many formal textbooks to teach Kansai dialect per se, there are however many proud Kansai native speakers these days whom are posting detailed language blogs explaining Kansai language and professionally teaching Kansai dialect one-on-one on language learning platforms such as Italki, Preply, and so on. If you don’t want to go that route, there are now a good deal of video lessons on Youtube as well. So, why just stop at basic Japanese, try your hand at learning the local dialect too. The locals will definitely appreciate your efforts in doing so.

If you didn’t know before, Osaka has quite a few food staples. Here you’ll have the pleasure of trying Okonomiyaki, Negiyaki, Takoyaki, and localized versions of Japan’s famous foods. With a slew of renowned restaurants and fine-dining throughout the prefecture, there’s something for everyone in Osaka. For instance, meat lovers will be intrigued by Doteyaki or Horumonyaki. Those into seafood will want try a plate of Tecchiri or take their palate to Kani Doraku in Dotonbori for some of the tastiest crab ever. While the more adventurer side of you might want to dive into a bowl of Kansai-style Kitsune Udon. Regardless of whether it’s Osaka-based food, a local shop, or the hottest restaurant in town, Osaka’s food quality will have you coming back for more. 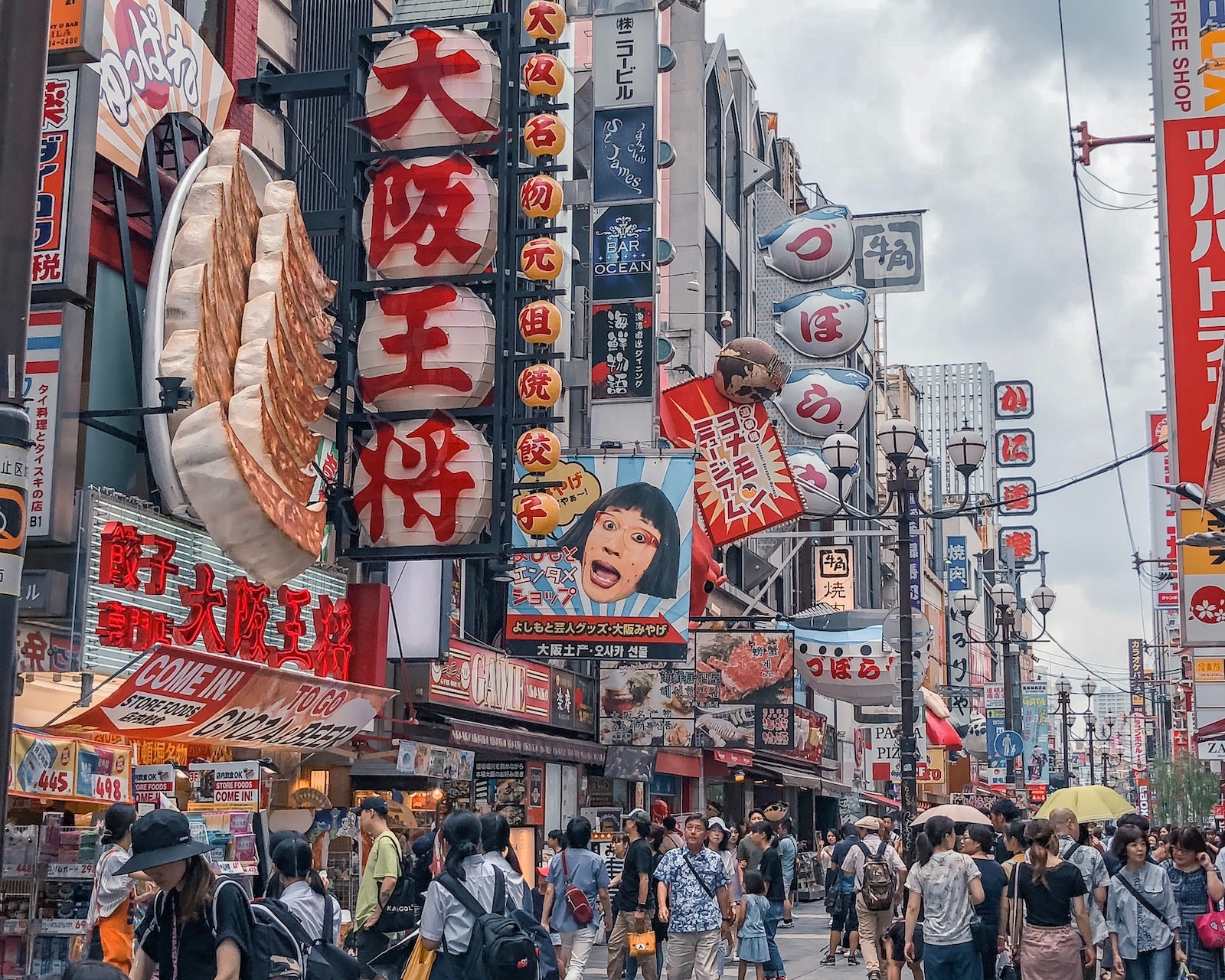 If nothing else will convince you, then the thought of solid business prospects and work opportunities will. Undoubtedly, Tokyo has far more job openings, internships programs and international companies that look to hire foreign talent, but in that same regard Tokyo also may seem overly competitive while job hunting. On the other hand, a person with desirable skills in any field has a much better chance at locking-in a job opening in Osaka once that job opportunity appears. As less candidates may be applying for the same job in Osaka than in the densely populated Tokyo. If thinking of opening an Eikaiwa school, a restaurant, or a bar you will raise the level of difficulty if you choose Tokyo, a place swarming with competition in these business areas. Whereas Osaka may just be a little more inviting for new business. Starting up new business in Tokyo will definitely be more challenging. Lateraling into the realm of business could come easier for entrepreneur spirited expats who choose to reside in Osaka. As mentioned in the first point in this article the going rates for property rentals and office space will allow you to come out a bit cheaper in Osaka than starting up business in its Eastern counterpart. Even if considering Osaka’s city-center location.

So, what did we learn in this one-sided debate? Osaka food is great if not greater. Monthly expenses are much more manageable for anyone coming to stay long-term in Osaka. Job hunting could be easier for most foreign candidates. Osaka often is touted as more family friendly. As far as nightlife goes, and all of its city attractions, there are many places to explore and so much to do in The Big O. Trust me when I say you don’t want to miss any of it.