Japanese love and admire the Japanese cherry blossom, or sakura. What’s with the obsession, and what’s not to miss in the sacred and sweetness of the sakura season? Read on to find out about all things Sakura.

Japanese are known for their admiration of beauty, specifically beauty in the natural world. But no flower is as greatly admired as the Japanese cherry blossom or sakura.

Once February and March hit in Japan, everything in department stores and cafes turns to pinks and whites, and sakura-themed items, food, and drinks seem to take over. What’s with the obsession, and what’s not to miss in the sacred sweetness of the sakura season? Read on to find out about all things Sakura.

Blossoming sakura trees are beautiful and enchanting, and their arrival marks the end of winter and beginning of spring in Japan. Since the Japanese fiscal year and new school year start in the spring, the blooming of sakura marks the start of new things and the hope of good things to come. The sakura’s short-lived life (only about two weeks!) also signifies the fleeting nature of life and the impermanence of beauty.

Falling sakura petals cover the ground in white and pink and appear like falling snow—this part of the enchanting and mystifying sakura culture. This special and sacred flower is present in poetry, literature, and art. Have you ever noticed the sakura art on the back of the 100 yen coin?

It is believed that in ancient Japan the blooming of sakura signaled to the farmers the time to plant their rice crops. In the Shinto religion, it was believed that the gods lived in the sakura trees. During World War II, the beauty and short-lived nature of the sakura was used to promote patriotism and dedication to fighting for Japan. Some planes were even painted with pictures of sakura before suicide missions.

There is much history associated with the sakura flower. It is clear that sakura is an important symbol for the nation of Japan and the Japanese people. Sakura is even known as the unofficial national flower of Japan.

The official sakura-viewing “hanami” season commences when the cherry blossoms start blooming and until they are in full bloom, beginning in southern Japan and working its way north. It is believed that the hanami (flower-viewing) tradition began in the Nara period (710-794) and the term was used to refer only to the viewing of sakura by the Heian period (794-1185).

This year (2022) the sakura are predicted to begin blooming around March 25 in the Tokyo area and reach their full bloom around April 1. Popular places to enjoy viewing sakura include the Meguro River, Inokashira park in Kichijoji, Ueno Park, Shinjuku Gyoen National Garden, Yoyogi Park, and if you’re looking for a place a bit out of the city, Koganei Park located in the western suburbs of Tokyo. There are over 20 varieties of sakura, so be sure to take the time to discover several of the varieties this year, including one of the most popular, somei yoshino.

You don’t want to miss a day or night viewing of sakura. Gather with your friends in a park for a picnic or take a night stroll under the lit-up sakura trees!

Sakura is not only a flower to be viewed but a flavor to be savored in Japan. From coffee to chocolate to hot beverages, sakura flavored items have become a much-anticipated part of the beginning of spring. The conclusion of Valentine’s Day on February 14 usually ushers in the sakura season, accentuated by the Doll Festival (Hina Matsuri) on March 3rd. 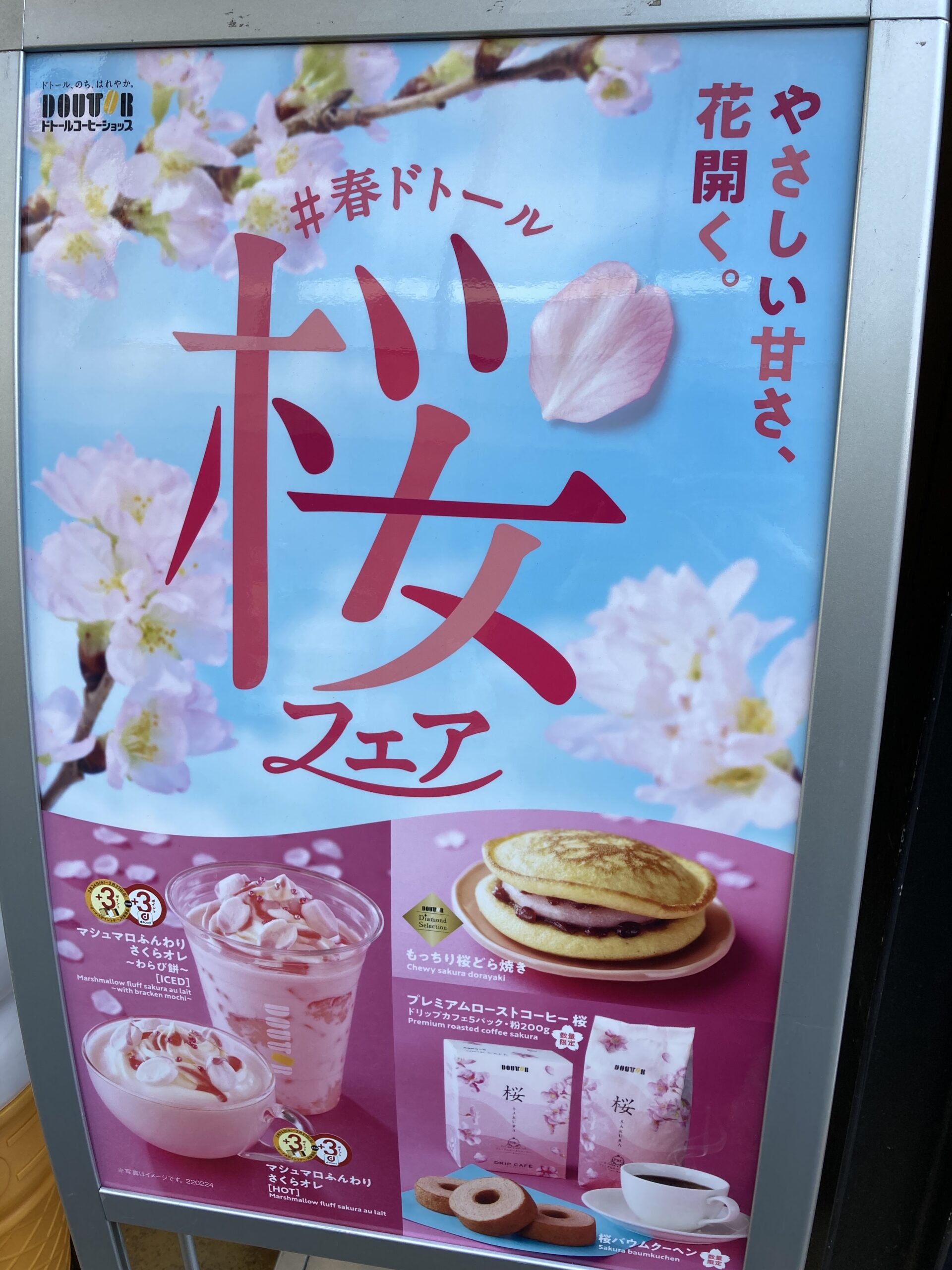 Almost every coffee shop offers its version of a Sakura-inspired drink, such as the Sakura Milk Latte and Sakura Shiratama Frappuccino at Starbucks or the Sakura Marshmallow Au Lait at Doutor. Even chocolate makers Godiva and Lindt have their version of a sakura chocolate drink. 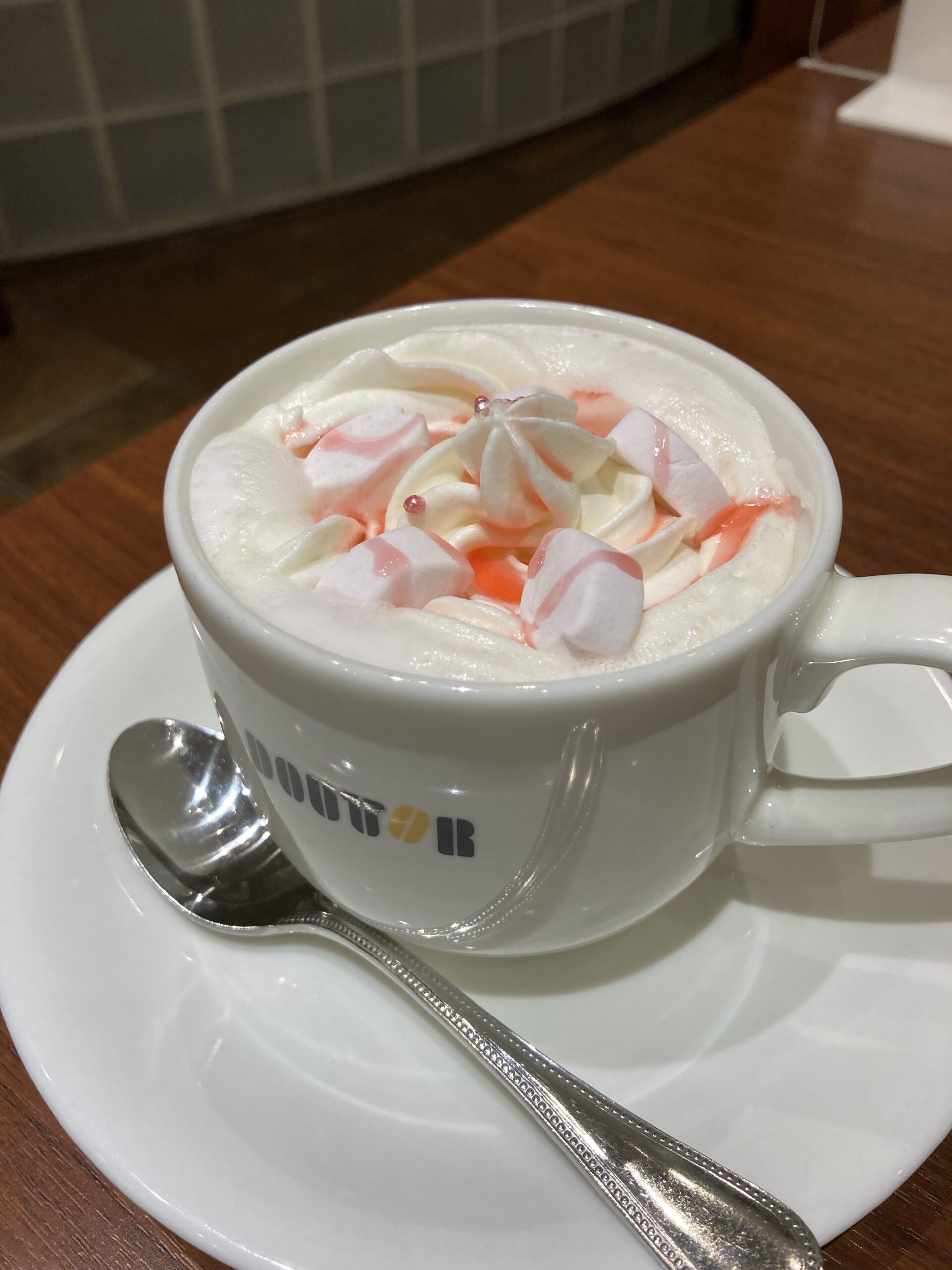 A classic Japanese sweet (wagashi) eaten in the spring is sakura mochi. It is made with mochi rice, red bean paste and wrapped in a pickled sakura tree leaf. Unlike other foods that are wrapped in beautiful leaves simply for appearance, this leaf is meant to be eaten with the mochi to get the full sakura mochi experience. The saltiness of the leaf and sweetness of the mochi make a perfect pair for any palate!

Sakura-yu is enjoyed in the spring months, a mixture of pickled cherry blossom petals and hot water. It is a salty drink, but it can be enjoyed as a herbal tea as the weather gets warmer. And what about sakura jellies or sakura soft cream? There are endless options to savor the sweet aroma of sakura.

When wandering through any grocery store, you are bound to find various sakura-flavored sweets such as sakura steamed bun (mushi pan) and sakura flavored chocolates like Pocky and kit kats. Even the local 100 yen store will probably be selling items with sakura flavoring or sakura designed cards, stickers, wrapping paper and toothpicks for your next sakura party.