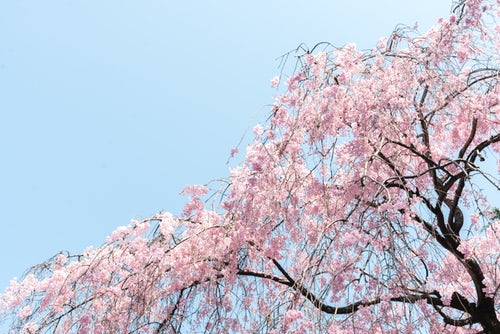 A Foreigner’s First Impressions on Japan: Are they True?

“So, how about Japan ??” It’s the very sentence my parents and friends ask me every time I have them on the phone. It’s been only two weeks since I…
By Tokyo Room Finder • April 11, 2019

“So, how about Japan ??” It’s the very sentence my parents and friends ask me every time I have them on the phone. It’s been only two weeks since I put both feet on the Land of the Rising Sun, and I already have a lot of things to relate. In this article, I will share my first impressions on Japan as a foreigner. Are they true? Let’s discover together!

The following text doesn’t claim to be an expert analysis of Japanese people and culture (and I don’t think I could even do that after a year living here!) – this is just about first impressions and tips of a freshly arrived foreigner.

Japanese respect is not a myth!

Japanese are respectful. Actually, so much respectful that it could be disturbing! At the checkout of a store, you will hear arigato gozaimasu (thank you) like five times, sometimes in a row. I still do not know how often I have to thank back to not be rude, but if you’re in my case, I’m sure a big smile and some little nods would simply solve this struggle.

It’s also really pleasing to not feel people staring at you anytime you walk away from tourist spots, as it’s the case in a lot of Asian countries if your face or hair is different from the majority. If you have eye contact with a curious Japanese, he will more likely look down than take a picture of you.

You can survive without speaking Japanese

At Tokyo at least, I can’t tell for other parts of Japan. Except for a few words and expressions (thanks to manga), I don’t speak Japanese and it was kind of fear to not be able to communicate when I arrived here. Thankfully, it never happened! If you ask a Japanese if he speaks English, he will certainly answer “not really”, or “just a little”. And that’s true, I haven’t met a fluent English-speaker yet, but I can assure you most of them are totally able to have a basic conversation. I think they are intimidated to speak in English with foreigners because there are scared to not be understood and to not understand if they don’t practice daily. So if you take your time and speak slowly, there will not be a problem.

This gets me to another point, people are really helpful. Ask them for some help and they’ll happily bend over backwards for you. You can’t find an item at the kombini (convenience store)? Instead of telling you where it is, they’ll come to show you the exact place. Even if they don’t have the answer to your question, they will try their best and elaborate an approximate one (which, sometimes, reveals to be even more helpless but it’s well-intentioned).

A great tip that helps me a lot in my daily life: the camera function on the Google Translate app! You just have to take a photo of a text, select the part you want to translate and that’s it. So useful in restaurants where menus aren’t proposed in English.

Japanese are crazy about hygiene

Japanese seem to have a lot of strict hygiene principles.  Don’t even think to put your bag on the floor! In restaurants, there are small bins provided for this purpose. Every item of fresh food you can buy is cautiously wrapped. A Japanese explained to me that if someone proposes him a piece of food that is not individually wrapped, he will refuse because it will look filthy to him.

Streets are incredibly clean too. It’s so unusual to see waste on the ground that it actually makes me notice the smallest ones. However, public trash bins aren’t numerous and quite hard to find! While searching for an explanation, I learned that one of the main reasons for this was a deadly terrorist attack that happened in 1995. Five terrorists released sarin gas into subway trains in Tokyo during the morning rush hour, using plastic bags wrapped in newspapers as a dispersal mechanism. After this dark event, one of the government’s actions to protect and reassure the population was to remove public trash bins, as they could be potential hiding places for other terrorist weapons. Nowadays, people are just used to carry their garbage until finding proper disposal to throw it away.

So if you’re out all day long, don’t forget to anticipate and bring a plastic bag or something else to avoid ending up with your hands full of empty bottles and used wrappers!

Some clichés I had… were true!

They love kawaii (cute): No, Japanese girls aren’t dressed like dolls, but if you look closely, you can’t deny there’s a touch of cuteness in everything from food packagings to big-eyed characters printed on bus seats.

Video games are a religion: in the subway, you can see everyone, including white collars, playing games on their phones. In Akihabara or Shinjuku, you will easily find entire buildings dedicated to arcades where ultra-modern and old-school games are mixed.

They are crazy about sakura (cherry blossom): I have to say I came on perfect timing to understand why cherry blossoms are so appreciated. More than beautifying the view, it also embellishes your mood. When first flowers begin to appear in the late winter landscape, it’s a cultural must-do to go picnic under sakura trees.

If you are in Japan during October, it’s the “koyo”(autumn-colored foliage) season which has to be a staple during your trip. Generally speaking, I strongly recommend you build your schedule depending on the country’s key seasonal events to fully enjoy every part of Japan.

Written by Dorine Dinam, follow her on her blog https://dorinelexploratrice.travel.blog/