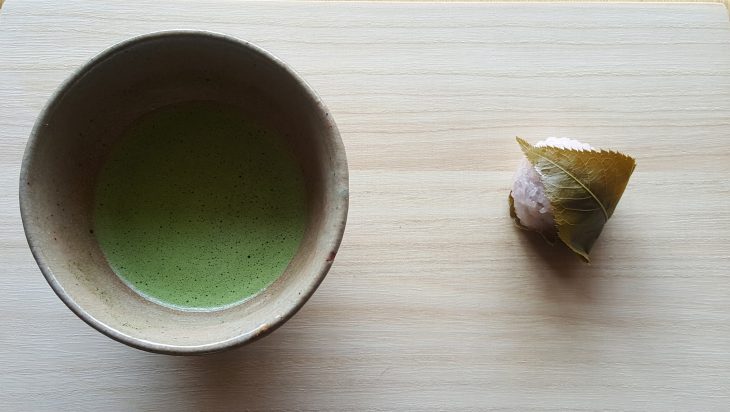 Hall with no host

As I travelled around Japan in the past two years, I have been meeting with a lot of tea people, but mostly with what they leave behind : ceramics, bamboo…
By Tokyo Room Finder • January 24, 2019

As I travelled around Japan in the past two years, I have been meeting with a lot of tea people, but mostly with what they leave behind : ceramics, bamboo vases and entire rooms that their children do not know how to use. I once met a Japanese girl in Paris who said cynically : ‘So you like tea ceremony? My grandma would love you !’ She did reflect a certain reality of Japan : tea used to be practiced much more 50 years ago. Most tea masters today struggle to pass on their tradition to the next generation. Maybe they have a hard time understanding what the youth can gain from it. Maybe, also, this is simply the result of a decreasing in Japanese natality.
But this is why so many tea items end up in antique and second hand shops and also why, in so many Japanese houses, there is this tatami room, full of intriguing and dusty items, that is mostly used to store things nobody wants. Coming from France with my curiosity, Japan seemed to be like an archaeological site where, beneath the layer of breathing humans, laid dormant the treasures that only a few seek. This is how I started gathering items. But I would never have thought that I would find, three times and not once, abandoned tea rooms to take care of. Today, I would like to talk about one experience I had in one of these abandoned tea rooms.

Near Osaka, in a lovely modern house, Oka-san and her husband host travelers from all around the world. They are some of the nicest and warmest people I have met in Japan. A friend of mine who lived with them brought me there once because of my interest for tea. I was immediately welcomed like family and felt that I could talk of anything with Oka-san. So, of course, we talked a bit of tea. And Oka-san told me that her mother used to be a tea teacher.

I had heard this line so many times : ‘my grandma / mother was a tea teacher’ Usually, after saying this, the family takes out a bunch of dusty boxes from a closet and, eventually, even a metal kettle. To meet the items of a deceased tea person always gives a strange feeling. Like I am discovering the taste, the everyday prized possessions and proud tools of someone. It is strangely intimate. These tea people might have cherished this tea bowl, preferred that spoon over that one, have a good chat around that kettle. Some items are obviously for teaching as they are not of good quality, others seems to be for important occasions. In any case, they always say a lot about the tastes and fancy of their previous owners.
And then, looking at me, their children are not sure what to think and what to do, they probably do not understand like I do all it can mean. But they are also so far from traditions that they do not mind someone like me ‘playing’ around with these items or suggesting to have a ‘casual’ tea ceremony that would not be too formal. 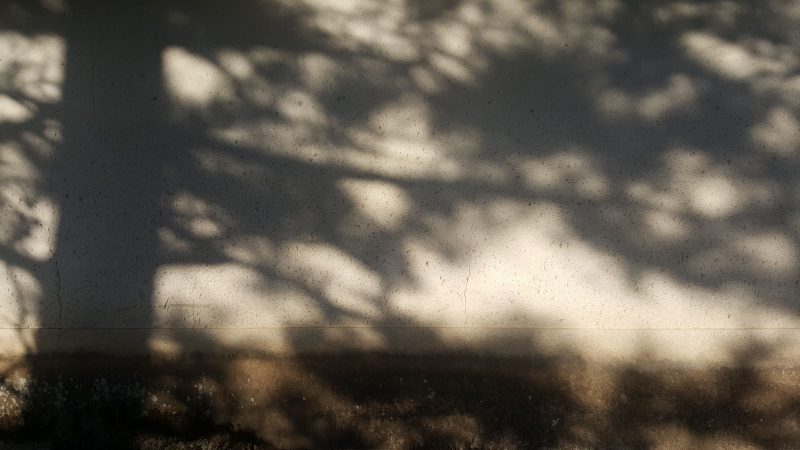 Oka-san had not simply kept all the items of her mother, she also had a room dedicated to tea ceremony in her apartment. And so we decided that we should make tea in that room. Though the task seemed easy at first, it had, in fact, many obstacles ahead.
The first one was that a lot of things were stored in that room and among them, beds used for guests. We had to move all the futons to another place. Then we had to find the required items and no one had opened the closets in quite a long time. Oka-san’s mother used to be a tea teacher so she left a tremendous amount of tools, items and small furnitures — some of which I do not even know how to use. But everything was there, available. The only thing we brought were the matcha, the fresh grounded green tea leaves. I like to think that we somehow brought youth back in the room. Eventually, we managed to gather all the required items and to organize a space for tea.

In the room, one of the closet had been turned into an altar for the ancestors. We were really in the home of Oka-san’s mother. Her spirit was literally in the place. And we were using her items, sitting on her tatamis, serving tea like she would have. I wondered about my role here and how to not offend her memory. I do not really believe in ghosts myself, but a tea ceremony is about creating harmony and the ancestor’s altar certainly indicated the need to pay some respects. And, again, entering the world of tea person felt oddly intimate. So I found a picture of the Master of the room and put it in the elevated space where decoration should be put. I did not feel like making a funeral tea ceremony as it would needlessly put a certain gloom to the event, but I wanted to pay my respect in that way. The elevated space, in ancient times, was the place where the highest person would sit.

Tea is meant to be shared. Tea is sharing. Even if less people practice tea in Japan, there will always be people who wish to share tea. With me, my Indian friend who had learned the basics of tea, prepared the first bowls. Oka-san had invited some friends, interested in tea ceremony, and there we were, a French and an Indian in traditional cloths serving tea to Japanese people.
Maybe the idea is quite shocking to some people, or it might seem ‘unauthentic’. But I like to remind myself that the essence of tea is beyond nations and that, even in the 7th century, Persians were highly regarded at the court of Nara. After all, cultures and traditions travels. The Japanese tea ceremony itself has greatly drawn from an aristocratic fancy for Chinese court practices…that had already disappeared with the Mongol invasions. Some Japanese may have loose interest in tea while people from all over the world are starting to love it.
Me and my Indian friend, we were simply bringing back in the original room the purpose it used to have. We did not thought that we were making something ‘Japanese’ or ‘traditional’, what we did was simply how we thought it should be. We shared tea with friends in a way we thought was fitting to the place. 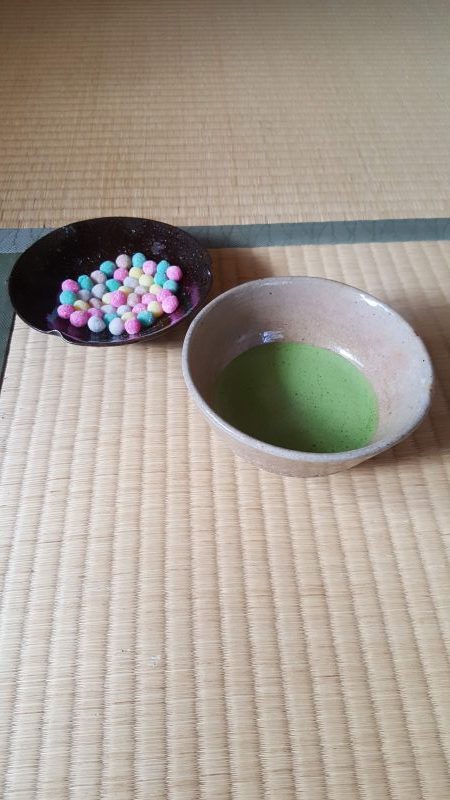 Along the roads going from London to Kyoto, there are hundreds of ways to serve tea, there used to be thousands. Tea, more than any other drink, even more than water, is deeply connected to the history of the Eurasian cultures. Ways to serve tea have appeared and disappeared countless times in the past three thousand years. In the late 16th century, the modern practice of the Japanese tea ceremony was born — and has probably changed a lot since. I do not know how it will evolve in the next decades. But even if tea teachers of Japan disappear one after another, there will be people, from all over the world, willing to serve and share tea in the old way, and ready to come back to these old abandoned ruins, these dusty items, these empty halls with no host, to prepare tea again.

In Japan, you will very often hear that traditions are getting lost, but I like to think that they are simply in the process of evolving. If you ever see an abandoned house in Japan or an antique shop. Don’t hesitate. Try to have a look. You might find there real treasures that everybody has forgotten. It is up to you to make their history continue. 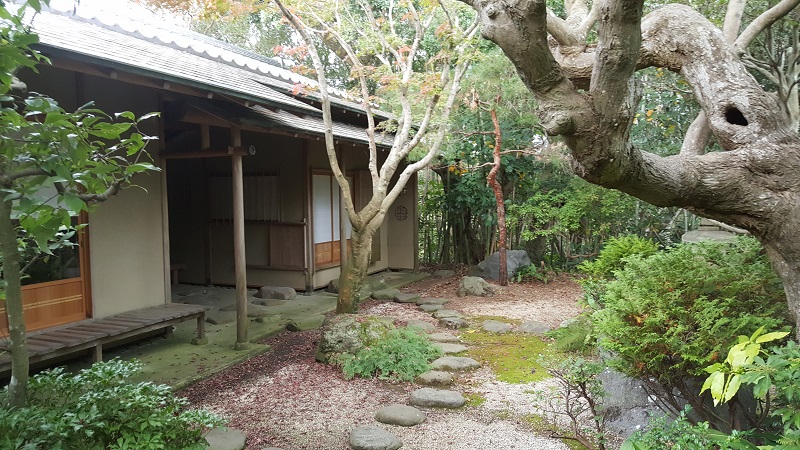